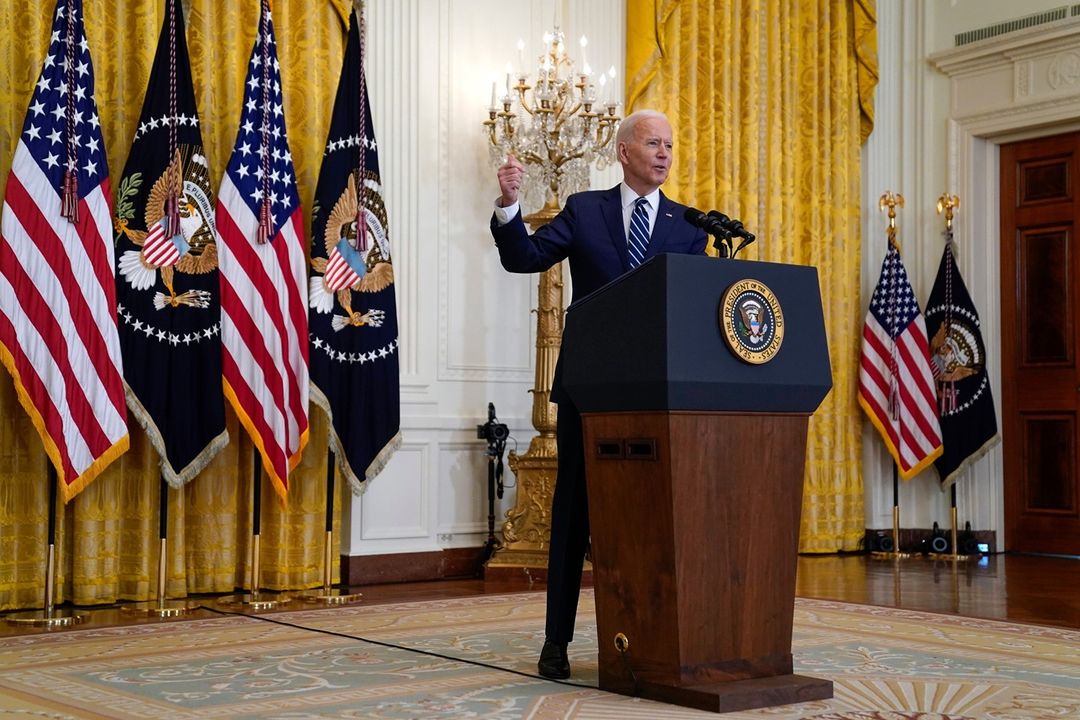 Rita Hart (D) — who finished just six votes behind Mariannette Miller-Meeks (R) in their Iowa’s second congressional district and brought her challenge to the House of Representatives — has finally conceded the race.

“As Republicans make a sweeping voter suppression push nationwide, they insist it won’t have any real impact on voters’ ability to cast their ballots. But a look at how voter turnout shifted in 2020 shows a strong link between states making it easier to vote and voters actually turning out,” Vice News reports.

“In 2020, the states that showed the biggest jumps in voter turnout were almost uniformly states that also made it dramatically easier to vote, often by allowing everyone to vote by mail. And the states that saw the lowest turnout increases were all ones where it’s hard to vote—and where lawmakers kept onerous rules in place—like bans on mail voting—in spite of the pandemic.”

Danny Moore, the chairman of the Colorado’s independent redistricting commission, questioned the outcome of the 2020 presidential election on Facebook, calling it “the Democrat steal” and repeating the untrue assertion that Joe Biden did not get more votes than Donald Trump, the Colorado Springs Gazette reports.

The audit team that Arizona Senate President Karen Fann (R) selected to examine the 2020 general election in Maricopa County will be led by a company owned by an advocate of the “Stop the Steal” movement who repeatedly alleged that the election was rigged against former President Donald Trump, the Arizona Mirror reports.

MASSACHUSETTS GOVERNOR — State Sen. Sonia Chang-Díaz said Monday that she was considering seeking the Democratic nomination to take on Republican Gov. Charlie Baker. Chang-Díaz has been an ardent critic of Baker’s handling of the coronavirus crisis: Earlier this month, after the state’s widely-panned vaccine rollout, Chang-Díaz argued, “This pandemic has shown the governor not to be the great manager that he convinced Massachusetts he was.”

Chang-Díaz, who is of Chinese and Costa Rican descent, became the first Latina elected to the chamber after she won a Boston state Senate seat in 2008, and she is currently the only woman of color in the 40-member chamber. The Boston Globe’s Matt Stout writes that Chang-Díaz, whom he characterizes as a “longtime advocate for school funding reform,” last year “helped negotiate the Legislature’s sweeping policing bill.” Chang-Díaz would be the first woman of color to serve as governor and the first woman elected to the post.

OHIO GOVERNOR / U.S. SENATOR / 1OTH CD — Democratic Dayton Mayor Nan Whaley told WVXU last week of her 2022 plans, “I’ve made up my mind what I am going to do. I’ll make an announcement, probably in mid-April.” Whaley has generated the most chatter in recent weeks as a potential candidate against Republican Gov. Mike DeWine, though she hasn’t closed the door on a bid for the Senate or for the House.

Politico: “Schwarzenegger warns that there are plenty of similarities between California’s history-making populist movements nearly two decades apart, and that elected officials ignored them at their peril.”

Said Schwarzenegger: “It’s pretty much the same atmosphere today as it was then. There was dissatisfaction, to the highest level. And it’s the same with the momentum. Something that sets it off to a higher level, kind of the straw that breaks the camel’s back…like an explosion.”

TEXAS GOVERNOR / ATTORNEY GENERAL — Former state Sen. Don Huffines has been talking about launching a Republican primary bid against Gov. Greg Abbott, and the Dallas Morning News reports that “[s]everal people with knowledge of his plans say an announcement could be made in April.”

State GOP chair Allen West, who is also a former Florida congressman, also didn’t rule out campaigning against Abbott last year. However, West is “said to be considering other options” including a possible primary campaign against scandal-plagued Attorney General Ken Paxton. Note that Texas doesn’t actually require its attorney general to hold a law license or degree, which is fortunate for West, because his only legal experience came as a defendant in a military tribunal.

“The Republican-run Kentucky legislature on Monday easily overrode Gov. Andy Beshear’s (D) veto of a notable bill that restricts his ability to fill any vacancies that arise if one of the state’s U.S. senators dies or leaves office early,” the Louisville Courier Journal reports.

VIRGINIA GOVERNOR — Virginia state Sen. Amanda Chase (R) claims she will run as an independent if one of her rivals for the Republican nomination for Virginia Governor in 2021–businessman Pete Snyder (R)–wins the nominating convention, reports the Virginia Scope.

Chase claims the May 8th nominating convention is being rigged to favor Snyder, and that if Snyder wins, she has already collected enough signatures to run as an independent.

Chase accused wealthy businessman Pete Snyder of trying to manipulate the May 8 nominating convention, and she also said she’d already collected enough signatures to run as an independent if the convention is “rigged.” Chase briefly announced an independent bid in December, but she backed down as week later.

Miami Herald: “Rick Scott is laying the groundwork for a potential 2024 presidential run, and his path — if successful — will look a lot like his three statewide races in Florida. In 2010, 2014 and 2018, Scott outspent the competition.”

CALIFORNIA 25TH CD — Christy Smith (D) launched her campaign for the California’s 25th congressional district, setting up a rematch for one of the state’s most competitive House seats with Rep. Mike Garcia (R), The Hill reports.

Smith lost twice to Garcia in 2020 in the Los Angeles-area district – once in May to finish the term of former Rep. Katie Hill (D) and once in November for a full term.

WISCONSIN U.S. SENATOR / GOVERNOR — Outagamie County executive Tom Nelson unveiled a poll Wednesday from the Democratic firm Change Research that shows him leading Republican Sen. Ron Johnson 48-44. The release did not mention any numbers for the other declared Democratic candidate, Milwaukee Bucks executive Alex Lasry, though it did include a question on the gubernatorial race: That portion of the survey finds Democratic Gov. Tony Evers beating former Lt. Gov. Rebecca Kleefisch, who has not yet announced a bid, 48-43.

Rabine quickly made it clear he wouldn’t be distancing himself from his ally Donald Trump, who lost Illinois 57-40 last year. When asked if he agreed with Trump’s lies that fraud cost him reelection in 2020, Rabine merely replied, “I’m not smart enough to understand what was the end result, whether it was stolen or not, and I would never say that.”

While Rabine has self-funded $250,000 so far, he said he wouldn’t come anywhere close to matching the resources of Pritzker, a billionaire who poured a record-shattering $171 million of his own money into his 2018 campaign against former GOP Gov. Bruce Rauner, a fellow wealthy candidate who self-funded tens of millions. “I’m not going to self-fund a campaign that’s going to cost more than I could ever afford,” Rabine said, adding, “So I am going to fund my campaign with what’s affordable in my eyes.” Rabine didn’t say how much that might be.