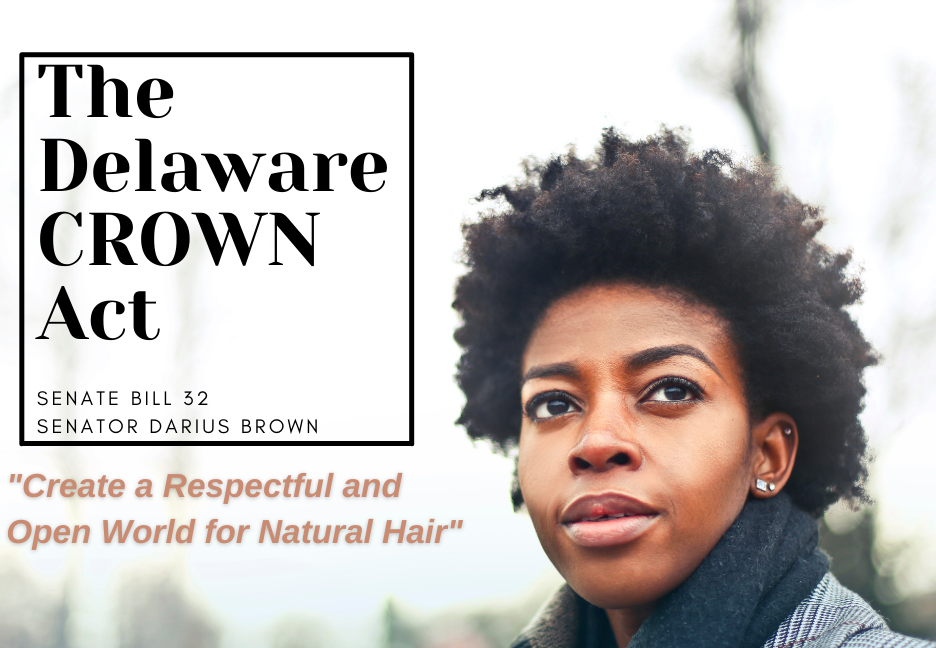 Seven states – including New York, New Jersey, Maryland and Virginia – and the U.S. House of Representatives have passed some version of the CROWN Act, while more than 15 other states have introduced similar legislation.  With Governor John Carney’s signature, Delaware will become the Eighth State.

The House joined the Senate in passing Senate Bill 32 unanimously, 41-0.

The Delaware CROWN Act (Create a Respectful and Open World for Natural Hair) is designed to prevent students, workers, tenants, and others from being subjected to unequal treatment due to their braids, locks, twists and other hairstyles or hair textures historically associated with race.  The legislation specifically would include hair texture and protective hair styles in the definition of race used in the 31 sections of Delaware code that protect against discrimination. Those laws cover equal accommodations, fair housing, jury selection, employment practices, hate crimes, education and numerous industries regulated by the state.

Senator Darius Brown: “Thank you to the Delaware House of Representatives for unanimously passing the Delaware CROWN Act today. This legislation makes clear that our state will not accept our appearance being used as a weapon of harassment and discrimination. Delawareans of color deserve to be protected from unjust and unfair treatment for proudly wearing braids, locks, twists and other hairstyles or hair textures historically associated with races. With today’s vote, we are one signature away from those protections becoming the law here in Delaware.”

0 comments on “Crown Act to Carney”