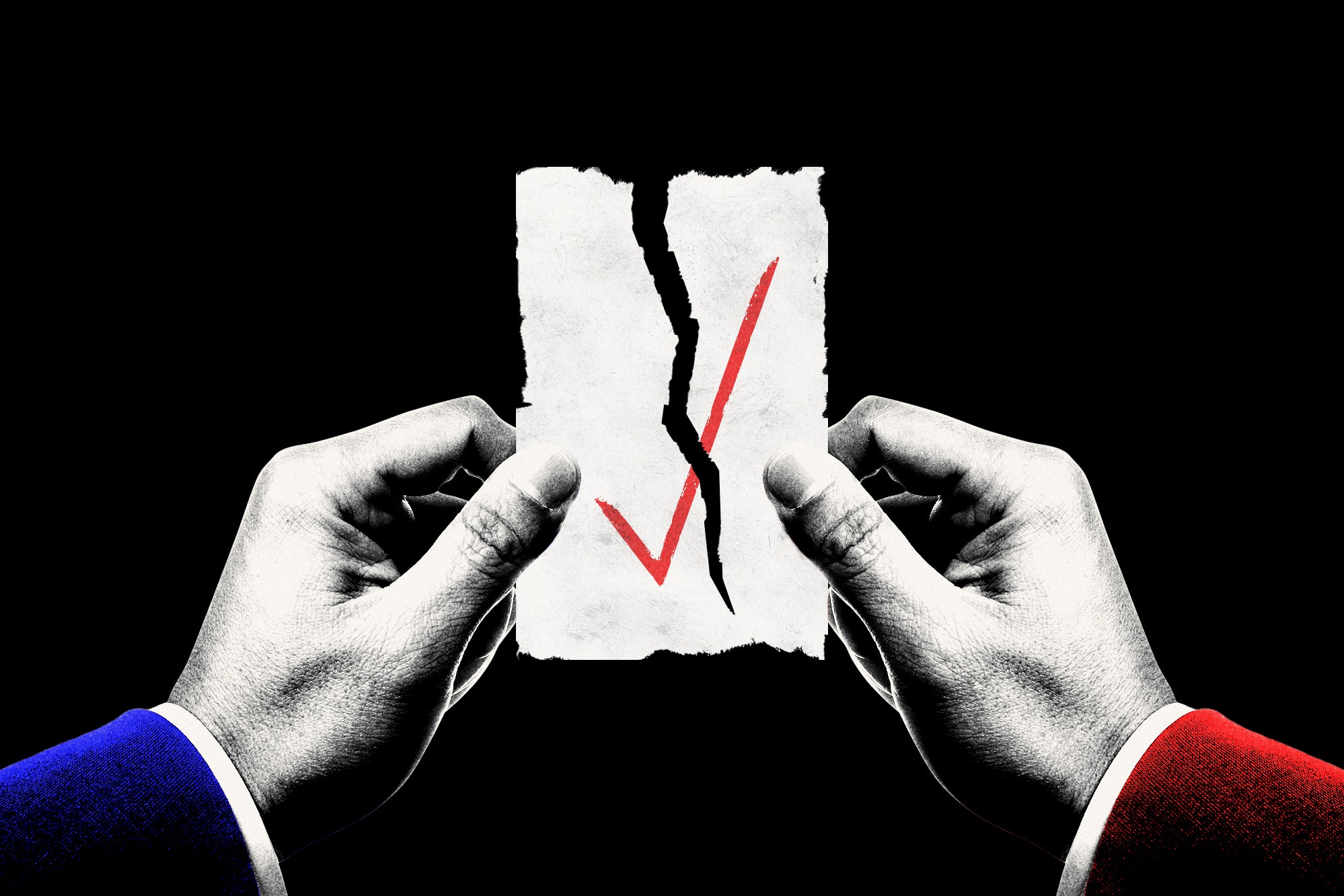 “Americans have responded favorably to the president’s approach, with 73% approving of his handling of the pandemic. That includes about half of Republicans, a rarity given how divided Americans have been along party lines on many key issues in recent years.”

A new Politico/Morning Consult poll finds Americans continue to be overwhelmingly in favor of infrastructure investment paid for with tax hikes.

By a 2-to-1 margin, registered voters backed a hypothetical $3 trillion infrastructure package financed by tax increases on those making over $400,000 as well as raising the corporate tax rate. And 47% said they would be more likely to support an infrastructure plan if it were paid for by raising the corporate tax rate, vs. 21% who said they’d be less likely to support it and 31% who said that wouldn’t affect their thinking.

Banks says that “both parties are undergoing coalitional transformations” and that Republicans shouldn’t fight the trend of corporate donors pulling back from the GOP.

Writes Banks: “Our electoral success in the 2022 midterm election will be determined by our willingness to embrace our new coalition. House Republicans can broaden our electorate, increase voter turnout, and take back the House by enthusiastically rebranding and reorienting as the Party of the Working Class… There is an embittered and loud minority in the GOP that finds our new coalition distasteful, but President Trump’s gift didn’t come with a receipt.”

CNN: “The Democratic National Committee on Tuesday announced it will review the 2020 presidential nomination process, setting the stage for changes on how the party will choose who is at the top of the ticket in 2024.”

“Democratic Party leaders are considering overhauling the 2024 presidential primary calendar, a transformation that would include ousting Iowa and New Hampshire from their cherished perches as the first states to vote,” Politico reports.

“Senior party leaders and Democratic National Committee members are privately exploring the idea of pushing South Carolina and Nevada to the front of the primary election schedule, as well as the possibility of multiple states holding the first nominating contest on the same day.”

Yahoo News: “There was plenty of news for the cable networks to cover in the first quarter of 2021, which gave MSNBC some news of its own: The channel is poised to win the quarter in total all-day viewers for the first time ever while Fox News remains poised to win in primetime viewership.”

“Through the first two months of the year, Cheney is the No. 2 recipient of donations from PACs associated with corporations and trade associations, trailing only Senate Majority Leader Chuck Schumer (D-NY) for the top spot among all members of Congress.”

Jamelle Bouie: “Where does this all lead? Perhaps it just ends with a few new restrictions and new limits, enough, in conjunction with redistricting, to tilt the field in favor of the Republican Party in the next election cycle but not enough to substantially undermine American democracy. Looking at the 2020 election, however — and in particular at the 147 congressional Republicans who voted not to certify the Electoral College vote — it’s not hard to imagine how this escalates, especially if Trump and his allies are still in control of the party.”

“If Republicans are building the infrastructure to subvert an election — to make it possible to overturn results or keep Democrats from claiming electoral votes — then we have to expect that given a chance, they’ll use it.”

ALABAMA 5TH CD — On Monday, Madison County Commission Chairman Dale Strong became the first notable Republican to announce a bid to succeed Rep. Mo Brooks, who is giving up this safely red northern Alabama seat to run for the Senate. Madison County, which includes most of Huntsville, makes up about half of the current 5th District, but this seat could look very different for the 2022 election in the likely event that Alabama loses one of its seven congressional districts.

ARIZONA 1ST CD — Republican state Rep. Walt Blackman recently announced that he would take on Democratic Rep. Tom O’Halleran by proclaiming, “President Trump was a gift from God to us and when they did not certify him as the president, God said to us, ‘I will be with you as I was with President Trump.”

God said this? On what network? Is there a recording of it? LOL.

This is far from the first time that Blackman has pretended that Trump, who lost the current 1st District 50-48 last year, also won the state. Blackman at one point even suggested that the state legislature could try to overturn Joe Biden’s victory in Arizona and instead award its 11 electoral votes to Trump, and he was one of three legislators to call for the U.S. Senate to reject the state’s electors.

Blackman, an Army veteran whose 2018 win made him the legislature’s first Black Republican member, also has made a name for himself by attacking Black Lives Matter as a “terrorist organization.” Blackman also posted a video about George Floyd on Facebook that the state representative titled, “I DO NOT support George Floyd and I refuse to see him as a martyr. But I hope his family receives justice.”

Justice for what? If you do not support George Floyd, that means you are happy he is dead and think his killing was justified. So why would his family need justice? You can’t straddle a fence on this issue, Blackman.

Moores will be the clear underdog in the general election for this 60-37 Biden seat in the Albuquerque area, though some politicos have speculated that a good showing could help raise his profile for a bid against Democratic Gov. Michelle Lujan Grisham next year.

Moores probably won’t learn the identity of his Democratic foe for a few more days. The Democratic State Central Committee gathered Tuesday morning, but, unlike the Republicans, Democrats require its eventual nominee to earn a majority of the vote. In the event that none of the eight contenders wins outright on the first round, the Albuquerque Journal says that there would be “runoff elections on subsequent days with the smallest number of candidates who, together, earned more than 50% of the vote.” This will keep happening until one contender takes a majority.

FLORIDA 1ST CD — Before the news broke that he is being investigated for sex trafficking, Rep. Matt Gaetz (R-FL) has privately told confidants he’s seriously considering not seeking re-election and possibly leaving Congress early for a job at Newsmax, Axios reports.

TEXAS 6TH CD — The State Republican Party Executive Committee has endorsed party activist Susan Wright, who is also one of its members, in the May 1 all-party primary.

LOUISIANA 2ND CD — State Sen. Karen Carter Peterson got some very welcome news on Monday when she received the endorsement of progressive activist Gary Chambers, who earned an unexpectedly strong third place in the March 24 all-party primary. Fellow Democratic state Sen. Troy Carter led Peterson 36-23 in the first round of voting, while Chambers was just behind with 21%.

Peterson needs to win the bulk of Chambers’ voters in order to make up her deficit for the April 24 runoff for this safely blue seat, and there was reason to think they’d break for her even before Chambers took sides this week. While both state senators have been campaigning as ardent Democrats, Peterson has argued she’s the more progressive of the two. Notably, while Peterson and Chambers called for a Green New Deal, Carter merely characterized it as “a good blueprint” that won’t be in place for a long time and that he doesn’t support it. Still, Chambers’ endorsement will likely make it easier for Peterson to mobilize his voters next month.

Peterson also got some outside help on Tuesday when the Congressional Progressive Caucus launched a TV ad praising her for pushing Medicaid expansion through a GOP-dominated state Senate. The spot also declares that Peterson is the one contender who backs Medicare for all, a theme she also focused on in the first round of the contest. There is no word on the size of the buy.

OHIO 11TH CD — Businessman Bryan Flannery, a former state representative who was last on the ballot in 2006 as he was badly losing the Democratic nomination for governor to eventual winner Ted Strickland, announced this week that he would compete in the August primary. Flannery is the only white candidate in a field that includes seven Black contenders.

Flannery tried to address what he called the “elephant in the room” by insisting he wasn’t counting on winning by consolidating enough white voters to take a plurality of the vote in this majority Black seat. Flannery instead argued, “I’m going to focus this campaign on the demographics of the district. The Blacks. The whites. The Asians. The Hispanics.” He continued by listing more groups including, “The gay and lesbian, LGBTQIA.” In 2006, Flannery campaigned as an anti-abortion Democrat who also opposed same-sex marriage.

Good luck with that.