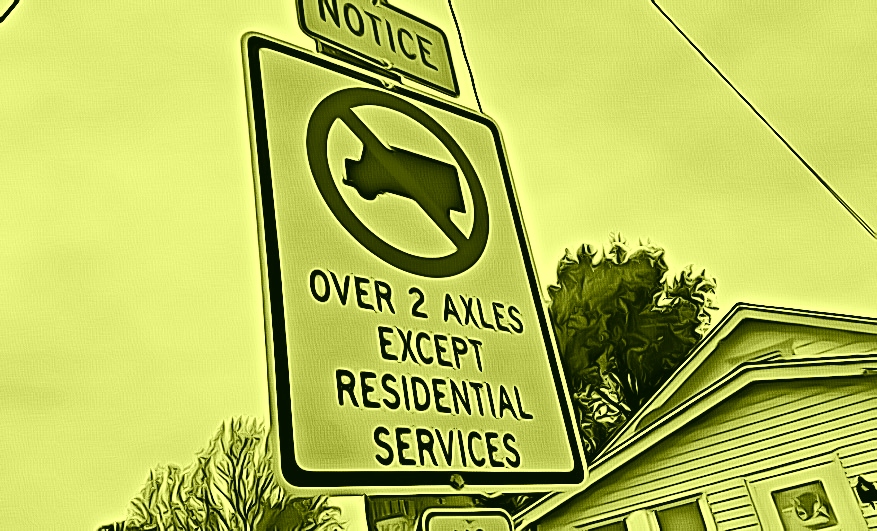 On Tuesday, the State Senate passed Senate Bill 89, a bill sponsored by Sen. Spiros Mantzavinos, that addresses a problem that many New Castle County residential roads are experiencing now given the construction on Routes 141 and Interstate 95 in and around Wilmington: heavy truck traffic on roads not meant for such use. Senate Bill 89 clarifies existing rules regarding heavy truck traffic and significantly expands the state’s ability to penalize both drivers who ignore posted weight restrictions and the companies that employ them.

Under SB 89, ignoring traffic control signs on these residential roads would become a specific offense.

Violations of posted limits would, at a minimum, be penalized by fines of at least $250 for first-time offenders and $500 for repeat offenders. Further penalties authorized under the legislation include up to 60 days imprisonment, points assessed on an individual’s license, and the option of charging offenders on a per-pound basis for all excess weight up to and including 5,000 pounds over the posted limit.

Exceptions can be made for residential services, including deliveries to homes, utility work, and telecommunications services. Food, gas, rest and repair services that are located directly on a restricted roadway or which can only be accessed by a restricted roadway segment may also be exempted.

“Constituents in my district have had to put up with this problem for far too long,” said Sen. Mantzavinos. “It comes down to safety. Our state has plenty of roads built and designated for truck traffic. Smaller residential and neighborhood roads are not built to handle heavy vehicles, safely, and the residents of this state rightly expect these commercial vehicles to abide by posted signs and existing laws. After decades of continuing violations, we have to conclude that the current penalties simply aren’t enough to dissuade this kind of casual violation – it is something that demands a legislative solution.”

“Neighbors in my district have experienced an ever-increasing flow of tractor-trailers rumbling through residential neighborhoods, creating an unsafe environment for everyone,” said Rep. Kim Williams. “We have tried to encourage truck drivers to use the proper highways rather than these local roads, but it has not worked. This bill will make it clear that our community streets are not throughways for these large vehicles. If trucks use roads designed to handle that traffic, it would make these local roads safer for all residents and motorists.”