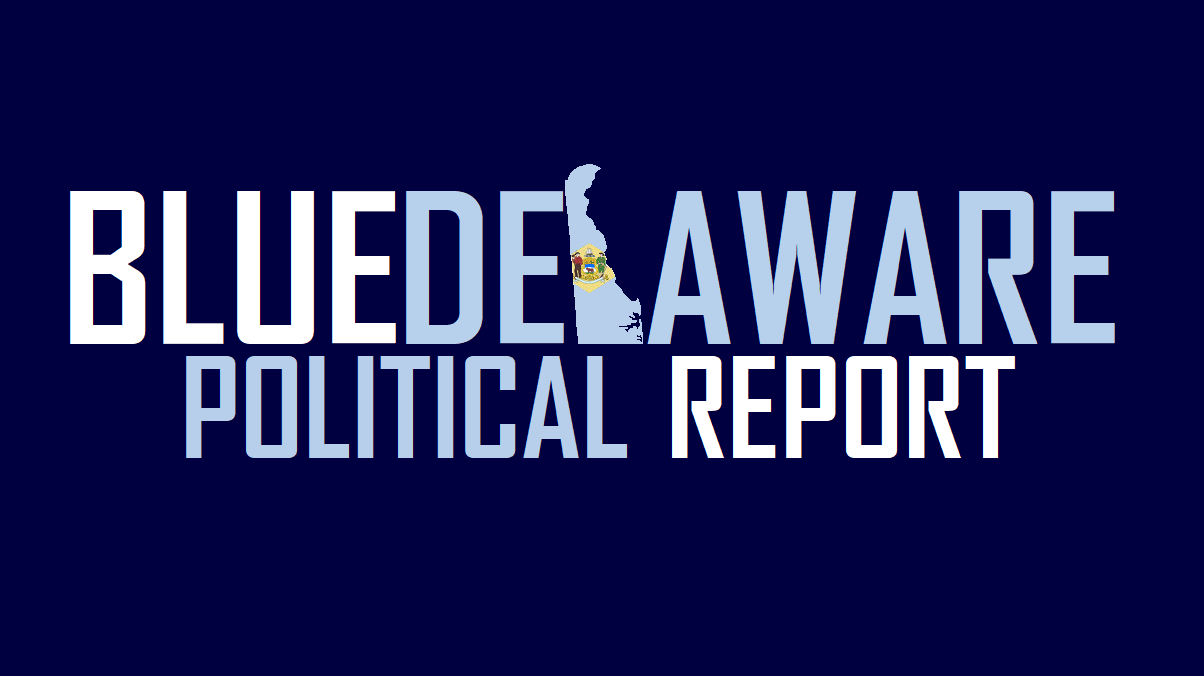 “A group that opposes former President Donald Trump is dialing up the pressure on GOP lawmakers who objected to the certification of the 2020 presidential election results,” McClatchy reports.

“The Republican Accountability Project is spending $1 million on a new round of TV and digital ads criticizing six GOP members of Congress the group says ‘encouraged a deadly attack’ on the U.S. Capitol on Jan. 6 as Electoral College votes were being counted.”

MISSOURI U.S. SENATOR — Wealthy businessman John Brunner on Thursday finally directly acknowledged that he was considering seeking the Republican nomination for this open Senate seat. Brunner unsuccessfully campaigned for Senate in 2012 and for governor in 2016, which gives him the dubious distinction of taking second place in primaries against two of the most notorious names in Missouri politics: former Rep. Todd Akin and ex-Gov. Eric Greitens.

Greitens is currently running in the Senate primary, and there’s absolutely no love lost between him and Brunner. In 2015, Greitens angrily called his rival to complain about a campaign website that had been linked to former Brunner aide. “Oh, John Brunner, oh my God, you are such a weasel! Are you going to meet tomorrow or not?” demanded Greitens, an ex-Navy SEAL, ominously warning his rival: “I can’t wait to see you in person, John. I want to look in your eyes!” Unbeknownst to Greitens, though, the conversation was recorded and later became public.

Things didn’t get any better between the two over the next several months. Days after losing to Greitens in the primary, Brunner tweeted, “I now believe erroneous, and retract, any statements that a contributor to the Greitens campaign was the owner of a teenage sex slave.”

An internal poll conducted for former Missouri Gov. Eric Greitens (R) shows him with a nearly 40-point lead over the next closest contender in the GOP Senate primary. Hahahahaha.

NORTH CAROLINA U.S. SENATOR — Democrat Rett Newton, the mayor of the small coastal community of Beaufort (pop. 4,300) told the Carteret County News-Times Thursday that he would run for the Senate. Newton, who is a retired Air Force colonel, said he was motivated by the Jan. 6 attack on the Capitol.

MASSACHUSETTS GOVERNOR — Democratic Attorney General Maura Healey has continued to fuel speculation about her 2022 plans in recent weeks as she’s adopted an increasingly public profile, and she did not rule out a potential bid against Republican Gov. Charlie Baker when given the chance.

On Wednesday, in the midst of what Spectrum News 1 characterized as “eight campaign-style stops” around Worcester to address pandemic-related topics, the channel directly asked Healey if she was thinking about taking on Baker. Healey notably avoided answering and instead said that the day’s “schedule is like the normal schedule I have as Attorney General, whenever I’m out and about.”

The following day, Healey attracted more attention when she took to Twitter to take the Baker administration to task for continuing to employ a consulting company that Healey said had advised “opioid companies how to ‘turbocharge’ opioid sales to increase profits.” Boston.com called her message an “unusually direct rebuke” against Baker, who has not yet said if he’ll run for a third term in 2022.

If Healey ran for governor, she would almost certainly start the primary as the most-high profile contender in the race: Healey won re-election in 2018 by a 70-30 margin, and she has nearly $3 million on-hand in her state account. Healey would be both the first woman elected to lead Massachusetts (Republican Jane Swift ascended to this office in 2001 but never sought election in her own right), as well as the Bay State’s first LGBTQ governor.

VIRGINIA GOVERNOR — Former Democratic Gov. Terry McAuliffe earned an endorsement Friday from Rep. Elaine Luria in his June primary campaign for his old job. Luria is the first member of Virginia’s Democratic congressional delegation to take sides in the contest.

MARYLAND 1ST CD — Former Democratic state Sen. James Brochin recently told Maryland Matters that he was considering a run against Republican Rep. Andy Harris. Brochin also said he might instead launch another campaign for Baltimore County executive if incumbent Johnny Olszewski, who beat him in the 2018 primary by 17 votes, runs for governor.

Brochin, characterized as a “conservative anti-machine Democrat,” may not want to run for Congress no matter what Olszewski ends up doing, though. The former state senator said he wasn’t sure he wanted to be on the ballot next year, and that it might be better if Harris instead faces a primary challenge from Harford County Executive Barry Glassman or state Sen. J.B. Jennings. Glassman has been talking about running against Harris, whom he blasted earlier this year for helping foment the Jan. 6 attack on Congress.

Brochin also noted that former Del. Heather Mizeur is running for the Democratic nomination, and argued that, while she’d be hard to defeat in a primary, she’d struggle in a general election. Brochin is right that any Democrat would be an extreme long shot in the current version of this seat, which backed Donald Trump 59-39 last year, but the seat could look very different after the Democratic-dominated state legislature completes the redistricting process.

“Until now, DeSantis had yet to build out a 2022 political apparatus. The governor, who has seen in his national profile grow in recent weeks, has generally kept a small circle of advisers, which includes his wife, Casey.”

Jane Meyer: “A recording obtained by The New Yorker of a private conference call on January 8th, between a policy adviser to Senator Mitch McConnell and the leaders of several prominent conservative groups—including one run by the Koch brothers’ network—reveals the participants’ worry that the proposed election reforms garner wide support not just from liberals but from conservative voters, too.”

“The speakers on the call expressed alarm at the broad popularity of the bill’s provision calling for more public disclosure about secret political donors. The participants conceded that the bill, which would stem the flow of dark money from such political donors as the billionaire oil magnate Charles Koch, was so popular that it wasn’t worth trying to mount a public-advocacy campaign to shift opinion.”

“Instead, a senior Koch operative said that opponents would be better off ignoring the will of American voters and trying to kill the bill in Congress.”

Los Angeles Times: “Feinstein has been in office for 10,372 days, breaking the record set by Hiram Johnson, a former governor who took office in the Senate in March 1917 and served until his death in August 1945.”  Time for her to retire.

Philip Bump: “1994 is a pretty clear demarcation. That year was a Republican wave that brought the party back to power in the House for the first time in four decades. Since that election, only once, in 2008, has the GOP had a lower percentage of the vote than seats. In every other election, it’s secured a greater percentage of seats than it has a percentage of votes.”

“The Republican Party, at least for now, has an institutional advantage in the House as it does in the Senate and in the electoral college. That’s been the case for about 30 years.”

Gallup: “Americans’ membership in houses of worship continued to decline last year, dropping below 50% for the first time in Gallup’s eight-decade trend.”

Daily Beast: “In town halls hosted by members of Congress last week, Democrats were not accosted. No personal threats were levied. In fact, Democrats hardly got any critical questions about the stimulus.”

“Instead, they were treated like glorified customer service representatives for a dramatic expansion in the American social safety net. The most common questions were these: When will I receive my stimulus check? Am I going to get vaccinated any quicker? When will I get my child tax credits?”

OKLAHOMA U.S. SENATOR — The Frontier: “By most accounts, Sen. James Lankford is the type of politician a person like Jackson Lahmeyer would seem to support. Both have been pastors and subscribe to a deeply conservative and evangelical faith tradition. Their views against abortion, defense of the 2nd Amendment, and that conservative culture is under attack from the ‘radical left’ also align.”

“But where Lahmeyer diverges is in his belief that Donald Trump was the rightful winner of the 2020 presidential election.”

“Donald Trump will be back in office in August.” — MyPillow CEO Mike Lindell on Steve Bannon’s podcast. Hahahahahaha.

A new Meredith College survey finds Lara Trump leading in the Republican primary for the open U.S. Senate seat with 27%, followed by Pat McCrory at 17%, Mark Walker at 7% and Ted Budd at 6%. On the Democratic side, no candidate polls above 13%.