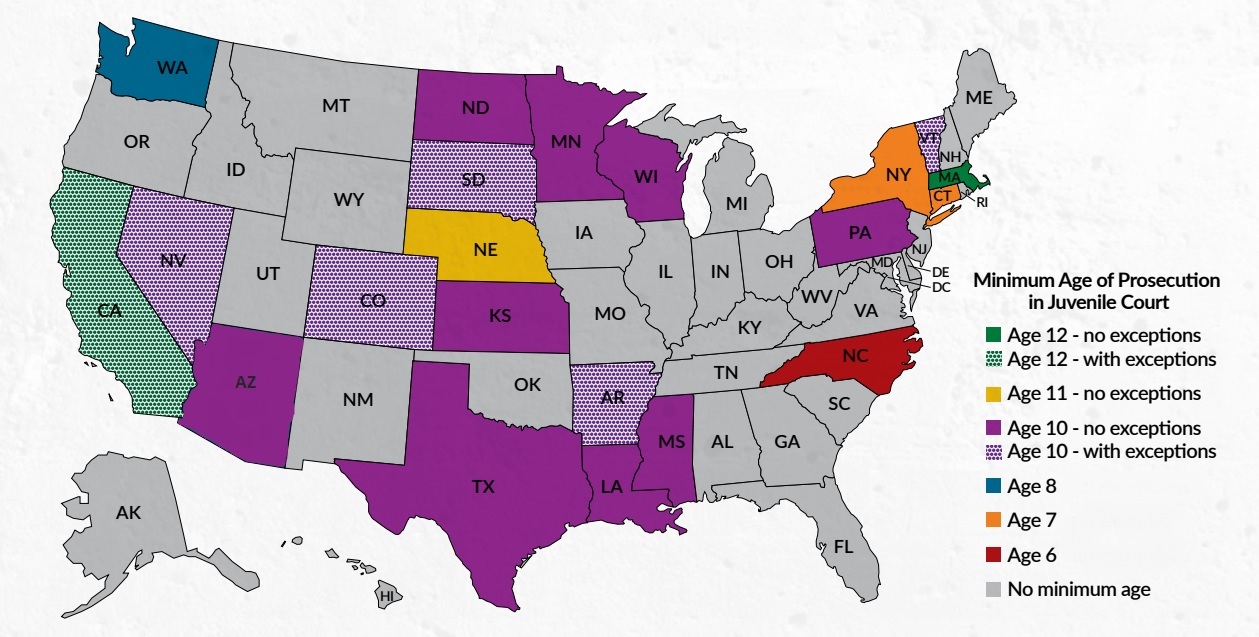 House Bill 115, sponsored by State Representative Nnamdi Chukwuocha, establishes a minimum age for which a child/minor can be prosecuted for most crimes. Under this bill, no child under the age of 12 can be prosecuted, unless the crime involves first or second degree murder, first or second degree rape, or a violent felony under Section 4201(c) of Title 11 committed while using, displaying or discharging a firearm.

This bill would also bars the transfer of juvenile prosecution to the Superior Court unless the child is aged 16 or older, unless the crime involved the violent serious felonies listed above.

The United Nations Convention on the Rights of the Child has advocated that the youngest age of criminal responsibility should be 14 years old.  The U.S. Supreme Court, in Miller v. Alabama, prohibited mandatory life sentences without parole for juveniles on the rationale that children are inherently different than adults, due to scientific research that shows that an adolescent’s brain is not fully developed until the mid-twenties which makes juveniles especially prone to poor decision-making.