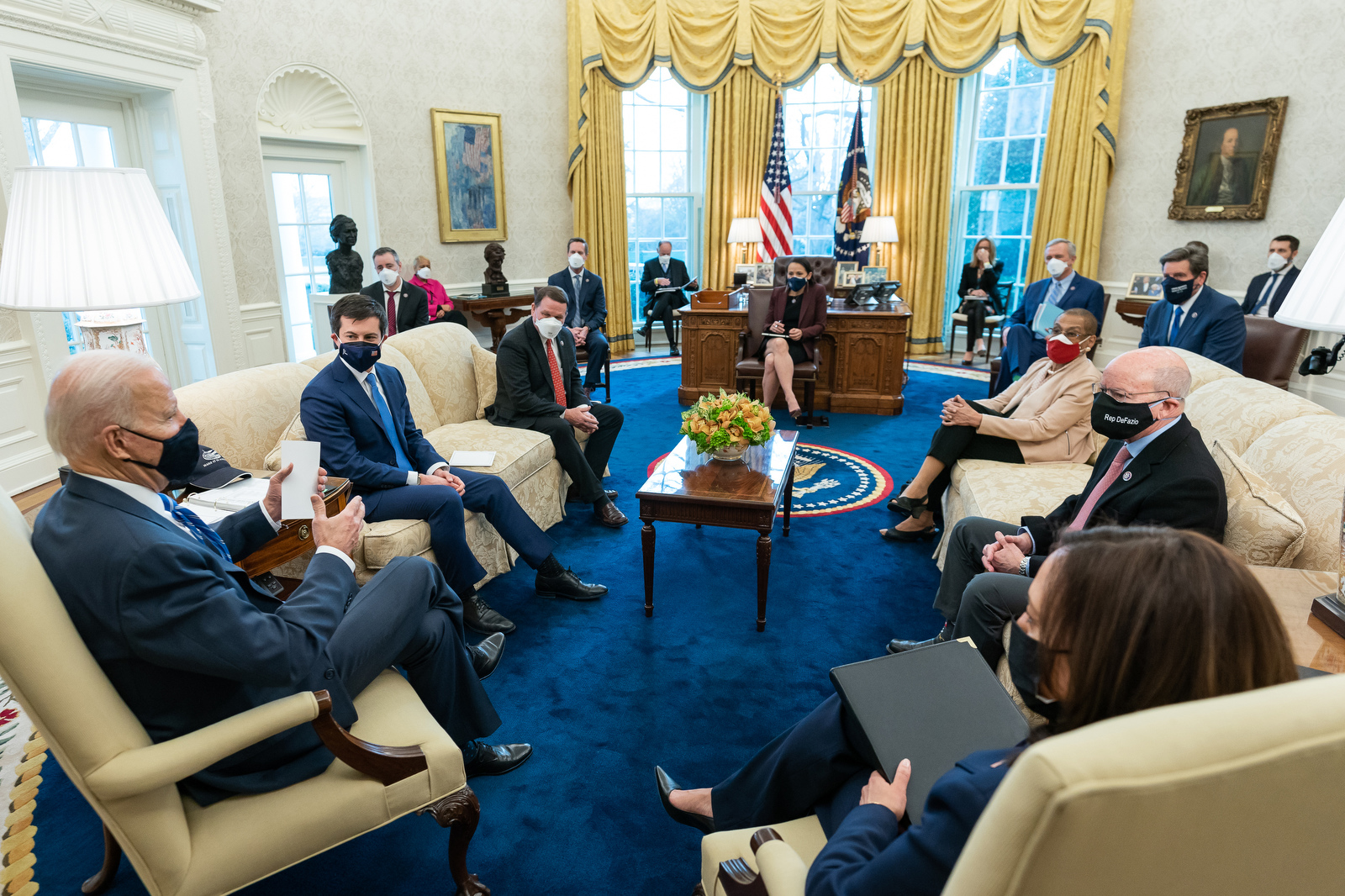 “The group, which will be known as America First Legal, will help organize Republican attorneys general against perceived executive branch abuses in addition to filing lawsuits of its own.”

Andrew Sullivan: “One of my deepest concerns about Trump as president was that he was fundamentally distorting our field of political vision. By creating a caricature of some of the worst elements of the right, he intensified a stark polarization that actually empowered the extreme left in America, and helped its takeover of all our cultural institutions.”

“The most successful politicians in my lifetime — Reagan and Thatcher — shifted their opposition toward their own agenda, bestowing us with Clinton and Blair. In contrast, Trump actually helped radicalize the Democrats — as they swung, for understandable reasons, to the equal and opposite positions to his.”

Politico: “A small group of top Trump health officials recently held a series of discussions to coordinate their accounts of the administration’s troubled Covid-19 response, worried they will be scapegoated by old colleagues – including their onetime boss, former health secretary Alex Azar.”

Daniel Engber: “Yes, let’s be frank: If vaccine acceptance tops out where it is right now, at less than two-thirds of American adults, then the pathway out of this pandemic could stretch and twist into the future. The virus will remain among us, if defanged for many, and harmful outbreaks could emerge as antibody levels fade.”

“So the coming months will be dispositive. An undecided segment of Americans—vaccine swing voters, who now make up roughly 20 percent of all adults—have enormous power to determine how this goes. Which way will they break?”

David Leonhardt: “Bruce Sacerdote, an economics professor at Dartmouth College, noticed something last year about the Covid-19 television coverage that he was watching on CNN and PBS. It almost always seemed negative, regardless of what was he seeing in the data or hearing from scientists he knew.”

“For the last year, New York City has been running in the shadow of a deadly pandemic, with many city and private sector employees forced to work from home, stripping New York of its lifeblood and devastating its economy,” the New York Times reports.

“But with virus cases seeming to stabilize and vaccinations becoming more widespread, city officials intend to send a message that New York is close to returning to normal: On May 3, the city will compel its municipal office employees to begin to report to work in person… Workers will return in phases over several weeks.”

Wall Street Journal: “Transportation Secretary Pete Buttigieg is talking like a small city mayor again as he prepares to help sell the Biden administration’s $3 trillion infrastructure plan to a bitterly divided Congress. Mr. Buttigieg, who served two terms as mayor of South Bend, Ind., said that focusing on the needs of local government will be particularly useful.”

“Mr. Buttigieg said he is confident that the administration can strike a deal, and isn’t above regional flattery to get conservatives on board.”

Washington Post: “Across the government, at least nine key oversight investigations were impeded by clashes with the White House or political appointees, people familiar with inspector general offices say and public documents show.”

“Long-anticipated reports were released only this month on two senior Trump officials.”

“One found evidence that Transportation Secretary Elaine Chao may have misused her position by repeatedly deploying her staff on personal business. A second concluded that former White House physician Ronny Jackson bullied his staff and drank on the job.”

TechCrunch: “In his opening statements, Zuckerberg said that Facebook ‘did our part’ to protect the U.S. election and placed the blame on the actions of former President Donald Trump.”

“Asked if Facebook bears some responsibility for spreading election misinformation and the Stop the Steal movement, Zuckerberg deflected, declining to answer directly.”

“The Texas attorney general’s office is attempting to withhold all messages Ken Paxton sent or received while in Washington for the pro-Donald Trump rally that devolved into a riot at the U.S. Capitol,” the Houston Chronicle reports.

“The Texas Public Information Act guarantees the public’s right to government records — even if those records are stored on personal devices or online accounts of public officials.”

Axios: “The chatty, two-hour-plus meeting is a for-the-history-books marker of the think-big, go-big mentality that pervades his West Wing.”

“Biden’s presidency has already been transformative, and he has many more giant plans teed up that could make Biden’s New Deal the biggest change to governance in our lifetimes.”

Afterward, Biden told an aide: “I could have gone another two hours.”

Russian opposition leader Alexei Navalny has complained of a “sharp deterioration” in his health in prison and has been blocked from meeting lawyers, The Guardian reports.

Navalny has reported “serious back pain” and numbness in one of his legs that has left him unable to stand on it.

Bill Browder: “This is how the hell that Putin has in store for him begins. I’ve seen it before with Sergei Magnitsky and it’s horrific.”

Daily Beast: “Former President Donald Trump, as well as his eldest son Donald Trump Jr., have retained attorney Jesse Binnall to represent each of them in a lawsuit filed by Democratic Congressman Eric Swalwell.”

“Binnall, a Republican attorney based in Virginia, previously represented former Trump national security advisor Mike Flynn, alongside attorney Sidney Powell, after prosecutors charged him with lying to the FBI about his communications with Russia’s ambassador to the U.S.”