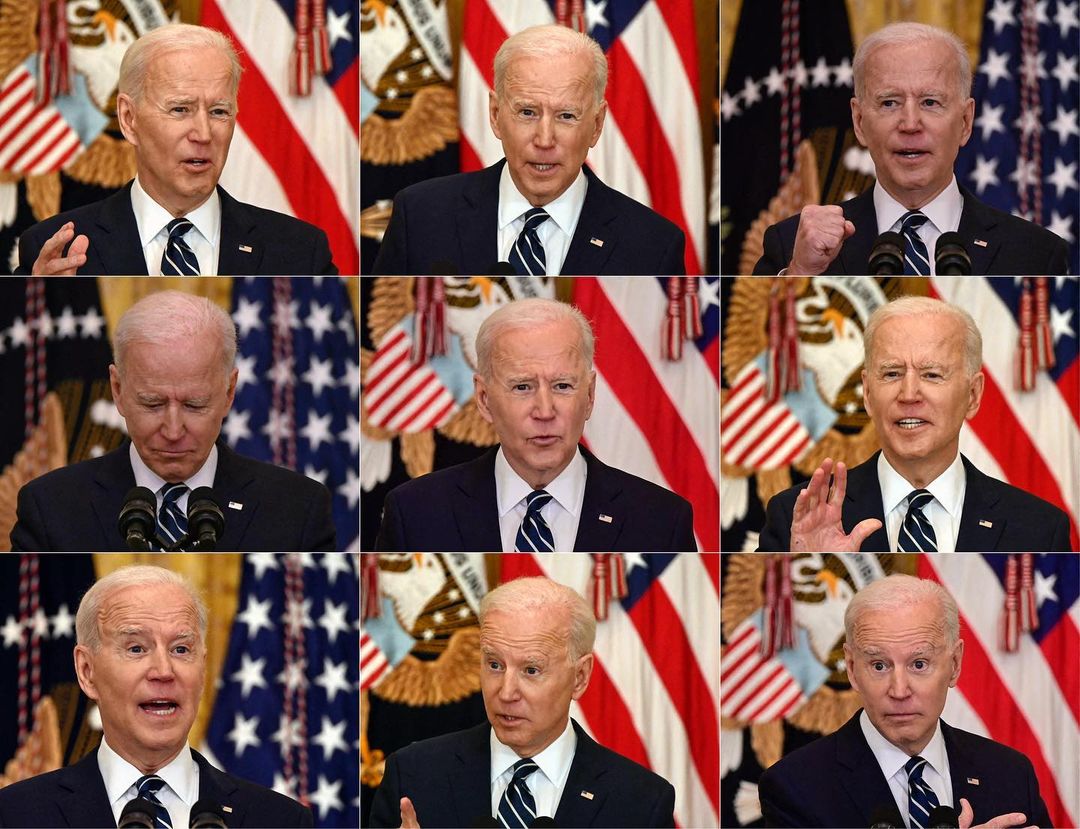 Politico: “Buoyed by large donations from New York City billionaire Michael Bloomberg and a South Florida health care executive, Florida Democrats have stabilized their finances and are poised to move ahead with ambitious plans to expand their operations ahead of the 2022 elections.”

“Florida Democratic Party Chair Manny Diaz helped raise $2 million in the two months since he took over — enough to let the party wipe out much of its debts. Party officials say that Bloomberg gave $500,000, while Mike Fernandez, who was once a large Republican donor before President Donald Trump was elected, kicked in $100,000.”

Politico: “Donald Trump was headlining a fundraiser on Wednesday night at his golf club in West Palm Beach, Fla. But before the dinner began, the former president had some business to take care of: He summoned four Republican Senate candidates vying for Ohio’s open Senate seat for a backroom meeting.”

“What ensued was a 15-minute backroom backbiting session reminiscent of Trump’s reality TV show. Mandel said he was ‘crushing’ Timken in polling. Timken touted her support on the ground thanks to her time as state party chair. Gibbons mentioned how he’d helped Trump’s campaign financially. Moreno noted that his daughter had worked on Trump’s 2020 campaign.”

“The scene illustrated what has become a central dynamic in the nascent 2022 race. In virtually every Republican primary, candidates are jockeying, auditioning and fighting for the former president’s backing.”

ALABAMA 5TH CD — Madison County Commissioner Dale Strong filed FEC paperwork this week for a potential bid to succeed Rep. Mo Brooks, a fellow Republican who is running for the Senate, but Strong may not have an open seat race to run for when redistricting is over.

That’s because the state is likely to lose one of its seven congressional districts, and Brooks’ departure could make it easy for map makers to eliminate his northern Alabama seat. The only Alabama seat that borders Brooks’ seat is the 4th District to the south, which is held by longtime Republican Rep. Robert Aderholt. (The 4th District happens to also be the Trumpiest seat in all of America.)

“Heritage’s rejection of their support, which came just days before the 2020 election, is a microcosm of the conservative fury at major tech firms.”

“On top of that, Virginia Republicans become delegates — and thus voters at the convention — by applying with the local party. And while the number of potential delegates isn’t capped (like you’d see at an ordinary nominating convention), their voting power is weighted by county/locality population and past GOP performance.”

“It’s unlike any convention we’ve ever covered.”

WYOMING AT LARGE CD — On Wednesday, the Wyoming state Senate voted down a bill that would have required a runoff in any primaries where no one earned a majority of the vote.

The legislation attracted national attention earlier this month when it was championed by Donald Trump Jr., who argued that its passage would make it easier to defeat Rep. Liz Cheney in next year’s Republican primary. However, a committee ended up amending the bill to only take effect in 2023, which would be too late to be used against Cheney this cycle.

This week, several state senators also expressed skepticism that there was any need for a runoff, especially given the cost of holding another election, and they voted 15-14 to kill it.

PENNSYLVANIA GOVERNOR — Pennsylvania politicos have long anticipated that Democratic Attorney General Josh Shapiro will run for governor next year, and Shapiro himself told Philadelphia Magazine’ Robert Huber last month, “I expect to be a candidate.” Shapiro stopped short of announcing a campaign, though, adding, “And if you tweet that tomorrow, I’m going to be very upset.”

Shapiro, as Huber notes in his detailed profile of the attorney general, has been a very big name in Pennsylvania politics for a long time. In 2015, national Democrats tried to recruit Shapiro, who was serving as chair of the Montgomery County Commission at the time, to take on Republican Sen. Pat Toomey, but he ended up successfully campaigning for attorney general instead.

Major Pennsylvania Democrats talked openly about Shapiro running for governor even before he was re-elected last year. In 2019, when Gov. Tom Wolf was asked about the contest to succeed him, he notably pointed at Shapiro and said, “That’s my guy right there.” Republicans looking to unseat Shapiro in 2020 tried to portray him as “a career politician already looking to run for governor,” but he won his second term 51-46 as Joe Biden was carrying the Keystone State by a smaller 50-49 spread, which also made Shapiro the only one of the three Democrats running for statewide executive office to win last year.

So far at least, Shapiro appears to have deterred any major Democrats from running for governor. While Team Blue could end up with a crowded primary next year for the state’s open Senate seat, we’ve barely heard anyone else so much as mentioned as a prospective gubernatorial opponent all year. The one exception is Philadelphia Mayor Jim Kenney, who didn’t rule out running for governor or Senate back in January.

NEW YORK GOVERNOR — Fox meteorologist Janice Dean has attracted plenty of attention over the last year as a vocal critic of Democratic Gov. Andrew Cuomo, but for now at least, she doesn’t seem to be looking to challenge the scandal-ridden incumbent. City & State recently wrote of Dean, “Thus far, she has resisted calls by some Republicans for her to run.” The Associated Press also said that she “waves off thoughts of a political future,” though it notes that this hasn’t stopped others from speculating.

Democrat Charles Lavine, who chairs the New York Assembly’s Judiciary Committee, said on Tuesday that he expects the committee’s impeachment investigation into Gov. Andrew Cuomo will take “months, rather than weeks.” Two women who have accused Cuomo of sexual harassment, Ana Liss and Lindsey Boylan, have said they won’t participate in the investigation, citing both its slow pace and criticisms about its independence. A third, Charlotte Bennett, has said she will take part, but her attorney said “questions remain” about the probe.

FLORIDA GOVERNOR — On behalf of Florida Politics, St. Pete Polls has released a survey showing Republican Gov. Ron DeSantis deadlocked 45-45 in a hypothetical general election matchup against Democratic Agriculture Commissioner Nikki Fried. That’s a very different result than the 51-42 DeSantis lead that Mason-Dixon poll found last month against Fried, who is currently considering running but has not yet announced a gubernatorial bid.

NEW YORK 23RD CD — Several Republicans are showing at least some interest in running to succeed retiring Rep. Tom Reed, though many acknowledged that they’d want to wait and see what the new congressional map looks like. New York, as we’ve noted before, is likely to lose at least one House seat, and Reed’s departure could make it easier for map makers to eliminate this upstate constituency.

Former state Sen. Cathy Young told WIVB reporter Chris Horvatits that she was thinking about it, while Assemblyman Joe Giglio said it was something he “might consider.” In a separate interview with the Olean Times Herald, Giglio said he’d be interested if the 23rd District “still existed” after the remap.

State Sen. George Borrello, who was elected to succeed Young in a 2019 special election, also told Horvatits he wasn’t ruling it out. Chautauqua County Executive P.J. Wendel also said he was focused on his re-election bid and didn’t appear to directly address a congressional bid. Assemblyman Andy Goodell, though, said he wouldn’t be running himself.

On the Democratic side, 2020 state Senate candidate Leslie Danks-Burke said she was open to a House race. Meanwhile, Tracy Mitrano, who lost to Reed in 2018 and 2020, said she wouldn’t wage a third congressional campaign.