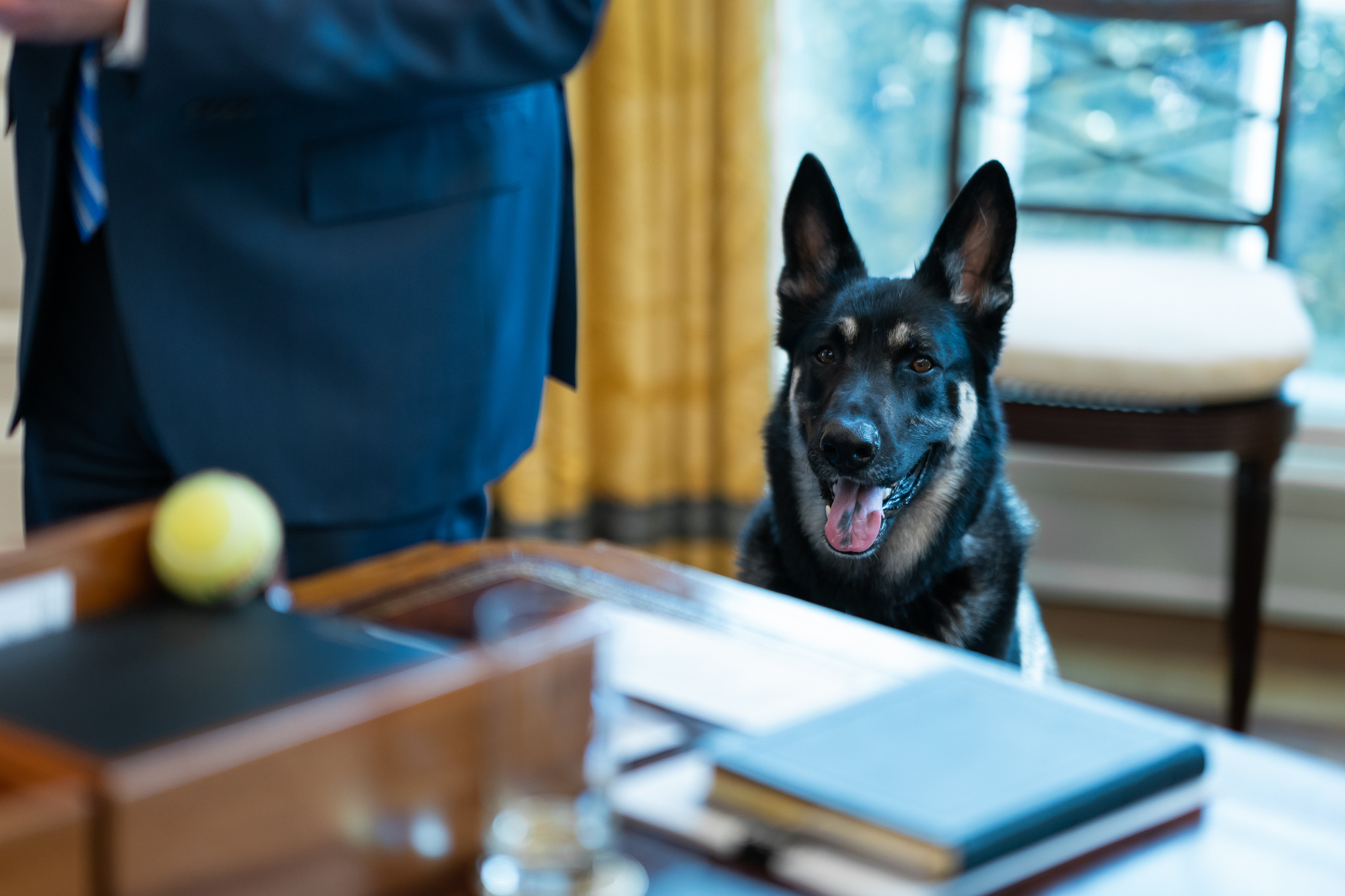 “President Biden recently held an undisclosed East Room session with historians that included discussion of how big is too big — and how fast is too fast — to jam through once-in-a-lifetime historic changes to America,” Axios reports.

“The historians’ views were very much in sync with his own: It is time to go even bigger and faster than anyone expected. If that means chucking the filibuster and bipartisanship, so be it.”

The Hill: Democrats plan to squeeze GOP over filibuster.

Associated Press: “Senate Democrats say they are pushing toward a vote on expanded gun control measures as the nation reels from its second mass shooting in a week. But prospects for any major reform are dim, for now, in the closely divided Congress.”

“Moderate Senate Democrats are pushing their leaders for a more modest approach to the party’s signature minimum wage hike, arguing for a compromise that can attract broader support after the defeat of a $15 hourly wage proposal,” Politico reports.

Sen. Mitch McConnell has warned that the Senate would turn into “a sort of nuclear winter” if Democrats scrapped the filibuster, Insider reports.

“Senate aides told Axios that McConnell isn’t bluffing, and that he would be very strategic in taking advantage of other Senate rules to frustrate Democrats and stall progress in the Senate.”

Sen. Angus King (I-ME) is among a small minority of the members in the Senate Democratic Caucus hesitant to lowering the threshold to 51 votes to break a filibuster — down from the 60 votes required today.

However, he warns in the Washington Post that how Republicans act in the coming weeks could change his mind.

The New Republic: “This is only a fraction of the Alaskan puzzle the Biden administration will have to solve in the coming months and years. To pass many of its desired legislative goals through the Senate, the White House will have to please Murkowski. And pleasing Murkowski will often also mean pleasing Alaska Native voters.”

Playbook: “A day after Biden called for an assault weapon ban in the wake of 18 people dying in a pair of back-to-back mass shootings, the political needle on guns hasn’t moved on Capitol Hill.”

“An assault weapons ban is out. Biden might be pushing for this, but no one is talking about it on the Hill right now — at least not seriously.”

“Could there be a compromise? Possible but unlikely due to political pressures on both sides.”

Washington Post: “For weeks, the White House has been privately exploring various executive orders related to firearms, such as strengthening background checks and community anti-violence funding.”

“The Biden administration has taken tremendous pride in methodically unveiling its agenda, particularly the $1.9 trillion pandemic relief measure the president hopes to trumpet over the next several weeks. But a growing list of unforeseen challenges is beginning to scramble the White House’s plans,” the Associated Press reports.

“In less than a week, two mass shootings have overshadowed President Joe Biden’s ‘Help is Here’ tour at which he planned to herald the ways his administration is helping Americans recovering from the pandemic. The White House has also struggled to respond to the growth in unaccompanied minors crossing the U.S.-Mexico border or blunt a nationwide effort by Republican legislatures to tighten election laws.”

“Biden’s meticulous approach to the presidency is intended to serve as a stark departure from the chaos of his predecessor, Donald Trump. But the rapid developments over the past week are a reminder that even the most disciplined administration can only control so much.”

Sanders said Trump “is a racist, a sexist, a homophobe, a xenophobe, a pathological liar, an authoritarian, somebody who doesn’t believe in the rule of law.”

But he added: “if you’re asking me, do I feel particularly comfortable that the president, the then-president of the United States, could not express his views on Twitter? I don’t feel comfortable about it.”

“Sen. Tammy Duckworth (D-IL) had told reporters Tuesday she would not support any more of President Joe Biden’s nondiverse nominees until he appoints more Asian Americans to his Cabinet,” USA Today reports.

“But she, and Sen. Mazie Hirono (D-HI) dropped that ultimatum late Tuesday after multiple conversations with White House officials and agreement about representation.”

New videos obtained by The New York Times “show publicly for the first time how the U.S. Capitol Police officer who died after facing off with rioters on Jan. 6 was attacked with chemical spray.”

“The officer, Brian D. Sicknick, who had been guarding the west side of the Capitol, collapsed later that day and died the next night. Little had been known about what happened to Officer Sicknick during the assault, and the previously unpublished videos provide new details about when, where and how he was attacked, as well as about the events leading up to the encounter.”

“The European Commission is proposing controversial new rules that would let the EU slash vaccine exports for six weeks to places like the U.K. and U.S. — countries that are either receiving EU-made vaccines but not sending other shots back, or that have vaccinated more of their population than the EU,” Politico reports.

“The Biden administration has reversed a controversial Trump-era policy that will lead to the cancellation of roughly $1 billion in student debt for borrowers who were defrauded by their colleges,” CNN reports.

“The change will deliver full loan forgiveness to 73,000 people who were deemed eligible for the relief under former Education Secretary Betsy Devos but received only partial loan forgiveness after she changed the cancellation calculation.”

Margaret Sullivan: “The first news conference of a new administration is always a high-stakes affair for the White House.”

“How will the new president do under the glare of direct questioning from a crowd of correspondents? Will he utter a cringe-inducing gaffe? Will he actually make any real news?”

“But when President Biden steps to the lectern Thursday, the pressure will also be on the White House press corps themselves, as reporters recalibrate after the tumultuous, misinformation-filled Trump years to a president who is far less showy and, to date, much more truthful.”

New York Times: “A year after ending her own presidential bid, and with her aspirations of becoming Treasury secretary unfulfilled, Ms. Warren now wields influence in her own way. She has shepherded a pipeline of progressive former staff members into powerful jobs across the government, and she releases a steady stream of legislative proposals that have kept her progressive ideas at the forefront of the policy conversation.”

“Two months into the Biden presidency, it is not yet clear how much Ms. Warren’s sway will yield in terms of policy results. But many of her ideas for raising trillions of dollars of revenue by taxing the wealthy and big corporations will soon take center stage as the Biden administration and Congress consider ways to pay for the multitrillion-dollar infrastructure plan that they hope to pass this year.”

“U.S. Treasury Secretary Janet Yellen pledged to work with Congress to ease the $10,000 cap on state and local tax deductions that’s been a key area of focus for New York and New Jersey lawmakers in recent years,” Bloomberg reports.

Washington Post: “By April 22, when President Biden convenes world leaders for an Earth Day summit, he is expected to unveil a new, aggressive plan to cut U.S. greenhouse gas emissions between now and 2030. The moment is aimed at reestablishing American leadership in the fight to limit the Earth’s warming to no more than 1.5 degrees Celsius compared with preindustrial levels — a threshold beyond which scientists predict irreversible environmental damage.”

“As he crafts the much-anticipated pledge, Biden is facing conflicting political pressures at home and abroad.”

“A sizable chunk of the Democratic Party’s base and climate activists who helped elect Biden — and a chorus of scientists — want the United States to take bold action to slash emissions at least in half by the end of this decade, compared with 2005 levels. They argue that’s critical to pressure other major economies to follow suit and to help the world avoid catastrophe.”