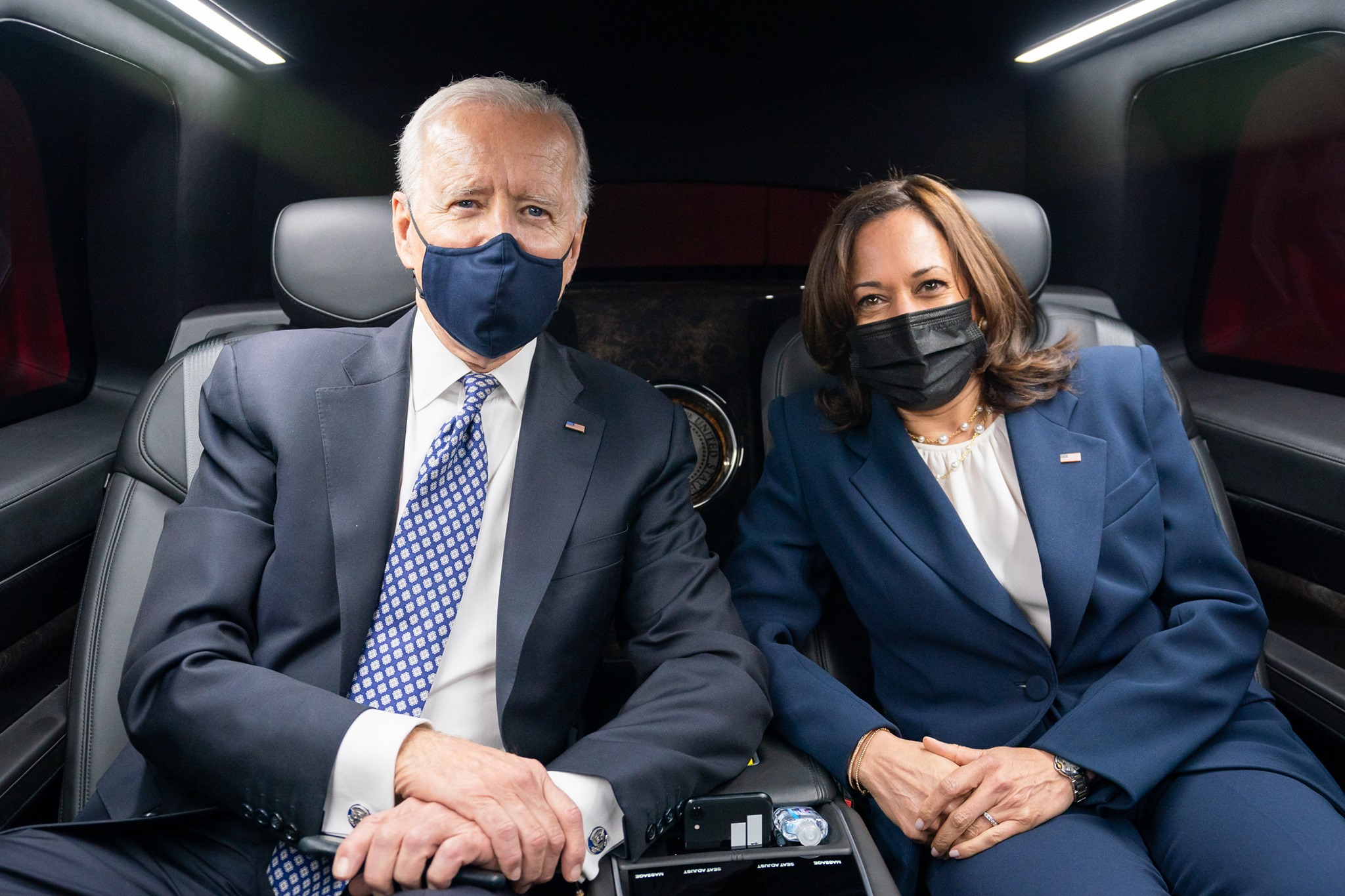 “With most items on their agenda hobbled by the Senate filibuster, top House Democrats are eyeing ways to muscle through drug pricing and climate policy goals using the same arcane budget process that let the party bypass GOP votes for its pandemic aid bill.”

“Sweeping immigration bills are also on the wishlist for many members, with Democrats eager to fit what they can in Biden’s next high-profile package — which could be the party’s last shot at using the budget tool before the midterm elections.”

“Democrats are warning they won’t tolerate GOP stonewalling as they try to make good on their pledge to enact a ‘bold’ agenda and avoid Obama-era missteps,” The Hill reports.

“Fresh off a big win on coronavirus relief, Democrats are facing intense pressure not to water down their legislative priorities after years of a backed-up wish list during the Trump-era and a decade since the party has had a unified government it could use to muscle through sweeping reforms considered anathema to the GOP.”

Washington Post: “An unlikely coalition of Democrats across the ideological spectrum mounted an 11th-hour push in the final weekend before the American Rescue Plan for President Biden to go big on tackling child poverty. They prevailed over what one person involved in the process called the “cost police” in Biden’s inner circle, those anxiously warning about the ballooning cost of the stimulus package.”

“This under-the-radar success created what could be the most consequential piece of the $1.9 trillion package — one that, if made permanent, could approach the impact of the programs established under President Lyndon B. Johnson’s War on Poverty.”

“The sudden, unexpected creation of an approximately $120 billion social program has thrown a twist into the political landscape. Some Democrats now fear being labeled big-government spenders in the upcoming midterms. Some conservatives, on the other hand, are embracing the idea as a family-friendly measure.”

“President Biden’s economic advisers are preparing to recommend spending as much as $3 trillion on a sweeping set of efforts aimed at boosting the economy, reducing carbon emissions and narrowing economic inequality, beginning with a giant infrastructure plan that may be financed in part through tax increases on corporations and the rich,” the New York Times reports.

“After months of internal debate, Mr. Biden’s advisers are expected to present a proposal to the president this week that recommends carving his economic agenda into separate legislative pieces, rather than trying to push a mammoth package through Congress.”

“The total new spending in the plans would likely be $3 trillion.”

“Evidence the government obtained in the investigation into the Jan. 6 attack on the Capitol most likely meets the bar necessary to charge some of the suspects with sedition, Michael Sherwin, the federal prosecutor who had been leading the Justice Department’s inquiry, said in an interview that aired on Sunday,” the New York Times reports.

“The department has rarely brought charges of sedition, the crime of conspiring to overthrow the government.”

Said Sherwin: “I personally believe the evidence is trending toward that, and probably meets those elements. I believe the facts do support those charges. And I think that, as we go forward, more facts will support that.”

CNN: “In his first two months in office, Biden has taken several steps to bolster the landmark health reform law, which marks its 11th anniversary on Tuesday, and to embed it even more firmly in the nation’s health care system. Former President Barack Obama is scheduled to speak Monday about how the Affordable Care Act has benefited Americans and how the Democrats’ $1.9 trillion relief package, which Biden signed into law earlier this month, has strengthened the law.”

“Aided by the stimulus package, the Biden administration is making these moves even before its top health officials are in place. Health and Human Services Secretary Xavier Becerra was only confirmed on Thursday, while the President’s pick to run the Centers for Medicare and Medicaid Services, Chiquita Brooks-LaSure, has yet to go before the Senate.”

Former President Trump warned the GOP that removing the filibuster would be “catastrophic for the Republican Party,” Axios reports.

In 2018, Trump warned Republican lawmakers that keeping the filibuster would be “the end of the party.”

“Congressman John Yarmuth likes to pretend he knows me. He talks to reporters and writes in these pages as if he’s some sort of ‘McConnell-whisperer.’ That’s a full day’s drive from reality…”

“Yarmuth also thinks he knows the Senate, even if he never had the gumption to challenge me. The Senate stands as a firewall against heated passions and short-term electoral changes. Rules like the filibuster, which requires 60 votes to advance most legislation, exist to block bad ideas from becoming law and to encourage bipartisan solutions. This design also stabilizes national policy from swinging with every shift of the political winds.

“The legislative filibuster is the essence of the Senate.”

“A lawyer for one of the women who have accused New York Gov. Andrew Cuomo of sexual harassment charged Monday that he is trying to interfere with a state attorney general’s office investigation of the womens’ claims,” CNBC reports.

Said Trump: “I mean, he can’t rein in his own people. We have the Mitt Romneys of the world and, you know, the Ben Sasses of the world. These are not good for the Republican Party.”

The Week: “The early returns appear to bear out that self-assessment. Biden not only understands how his job works, he has been around long enough to avoid some of the pitfalls. Having watched up-close as Obama settled for a too-small stimulus during the dark days of the Great Recession in 2009 — which resulted in a slow recovery that proved painful for Democrats — he decided to ‘go big’ with the COVID relief bill, much to the relief of progressives. And he has surrounded himself with a team of similarly experienced professionals.”

Washington Post: “Barely two months into the post-Trump era, news outlets are indeed losing much of the audience and readership they gained during his chaotic presidency. In other words, journalism’s Trump bump may be giving way to a slump.”

Politico: “Now that Biden is president though, Clyburn’s bold, in-your-face style, isn’t playing the same. While the president himself holds his longtime friend and confidant in the same regard, the congressmember has privately drawn the ire of some White House officials.”

“But if Clyburn’s style is irking officials in the West Wing, he has no qualms about it.”

Washington Post: “Ann O’Leary, a prominent Democratic policy expert, has withdrawn from contention to be President Biden’s budget director, refocusing attention on whether the White House will pick Shalanda Young, who has widespread support on Capitol Hill.”

Bloomberg looks at President Joe Biden’s economic team and their preferred policy options for raising taxes on the wealthy, especially for those who benefiting from the K-shaped recovery during the Covid-19 crisis.

The main three options on the table are:

“Removing ‘step up in basis’ for estates, which revalues assets such as stocks and real estate at market prices, rather than their original purchase cost — reducing tax liabilities.”

“Taxing capital gains for wealthy Americans at income-tax rates, which are higher.”

“A minimum tax for large companies.”

“The top sliver of high-income Americans dodge significantly more in income taxes than the Internal Revenue Service’s methods had previously assumed, according to forthcoming estimates from IRS researchers and academic economists,” the Wall Street Journal reports.

“Overall, the paper estimates that the top 1% of households fail to report about 21% of their income, with 6 percentage points of that due to sophisticated strategies that random audits don’t detect. For the top 0.1%, unreported income may be nearly twice as large as conventional IRS methodologies would suggest.”

“Iran has made threats against Fort McNair, an Army base in the nation’s capital, and against the Army’s vice chief of staff,” the AP reports.

“They said communications intercepted by the National Security Agency in January showed that Iran’s Revolutionary Guard discussed mounting ‘USS Cole-style attacks’ against the base, referring to the October 2000 suicide attack in which a small boat pulled up alongside the Navy destroyer in the Yemeni port of Aden and exploded, killing 17 sailors.”

“The intelligence also revealed threats to kill Gen. Joseph M. Martin and plans to infiltrate and surveil the base.”

“Defense Secretary Lloyd Austin touched down in Afghanistan on Sunday, making an unannounced visit as the Biden administration wrestles with how to end its role in a war that is nearly 20 years old without allowing security to disintegrate,” the Washington Post reports.