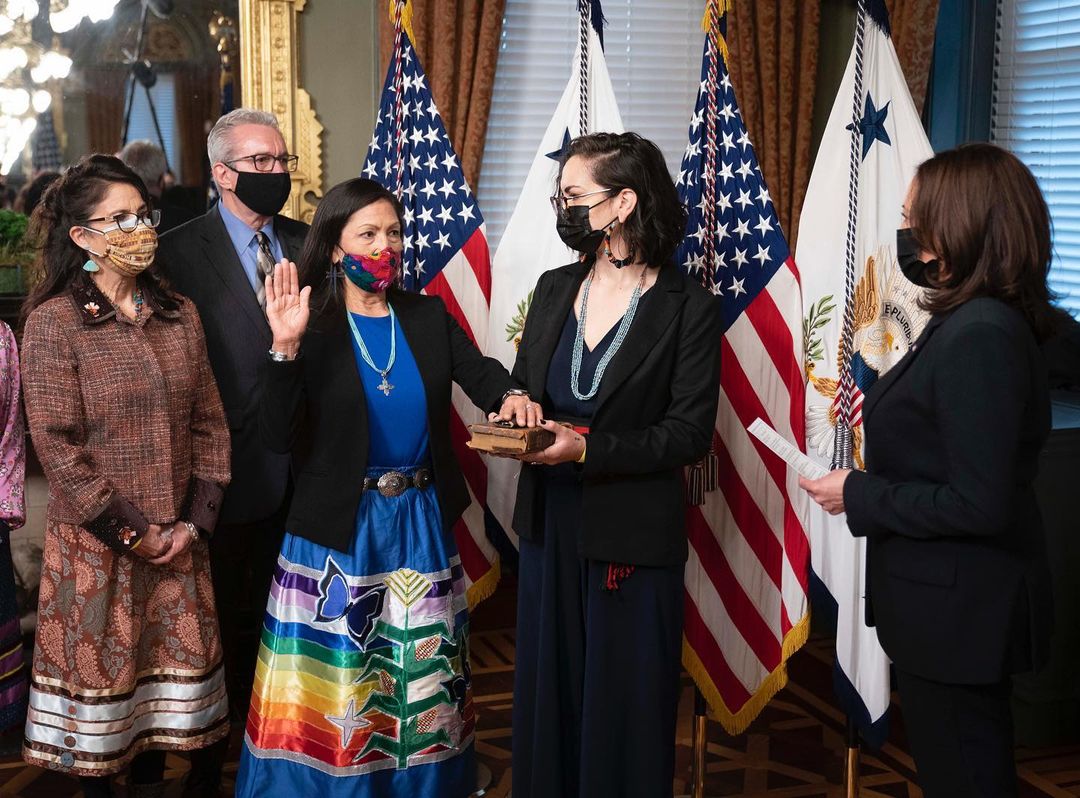 Washington Post: “Along with the existing struggle to combat the coronavirus, immigration has emerged as one of the administration’s most urgent challenges — seized on by Republicans as a political cudgel, posing risks to Democrats in the 2022 midterms and potentially undermining Biden’s governing agenda. The issue also threatens to overshadow the president’s recent political victories in passing a $1.9 trillion covid relief package and making rapid strides in vaccination efforts.”

“The situation at the border — which Biden and his advisers steadfastly refuse to call a crisis — is the result of an administration that was forewarned of the coming surge, yet still ill-prepared and lacking the capacity to deal with it.”

The Hill: Feds will start putting some migrant families in hotels.

Sen. Lindsey Graham (R-SC) “introduced a bipartisan immigration bill 43 days ago. But if it came up on the Senate floor today, he wouldn’t support it,” Politico reports. Said Graham: “God, no. I’m not in support of legalizing one person until you’re in control of the border.”

Sen. Tom Cotton (R-AR) accused President Joe Biden of inviting a recent surge of migrants to the United States, claiming the border is “wide open,” Politico reports. Said Cotton: “He’s basically saying the United States will not secure our border and that is a big welcome sign to migrants from across the world.”

“The city of Miami Beach declared a state of emergency and imposed an 8 p.m. curfew for the entertainment district because spring breakers were gathering in crowds around the city despite the coronavirus pandemic,” Axios reports.

Sen. Roy Blunt (R-MO) urged Republicans not to come up with “alternative versions” for what happened on January 6 at the Capitol, an apparent reference to those who have argued that “antifa” or left-wing protesters were responsible for driving the violence, NBC News reports.

Said Blunt: “We don’t need to try and explain away or come up with alternative versions. We all saw what happened, we know what happened. We can’t let that kind of thing be repeated in our country. Totally unacceptable.”

Johnson “incited widespread outrage when he said recently that he would have been more afraid of the rioters who rampaged the Capitol on Jan. 6 had they been members of Black Lives Matter and antifa,” the New York Times reports. “But his revealing and incendiary comment, which quickly prompted accusations of racism, came as no surprise to those who have followed Mr. Johnson’s career in Washington or back home in Wisconsin. He has become the Republican Party’s foremost amplifier of conspiracy theories and disinformation now that Donald Trump himself is banned from social media and largely avoiding appearances on cable television.”

New York Times: “A report released Tuesday made clear that the intelligence community believed that Russia had long attacked Mr. Biden for the benefit of Mr. Trump. But throughout 2020, senior officials bowed to Mr. Trump’s hostility toward any public emphasis of the threat from Russia, and they offered Congress and the public incomplete or misleading portraits of the intelligence on foreign influence in the election.”

Said Levinson: “He claimed we were trying to extort him at the time, which we didn’t ask for anything. He called all of his New York City cops and said extortion, which was a federal crime. Very smart to bring that up.”

Levinson said the hotel locked the crew out of the suite where they had filmed the Giuliani scene. Fortunately, they had already transferred the footage out of the room.

Maureen Dowd: “So now comes a delicious twist: President Biden is being hailed as a transformational, once-in-a-generation progressive champion, with comparisons to L.B.J. and F.D.R. aplenty, while Obama has become a cautionary tale about what happens when Democrats get the keys to the car but don’t put their foot on the gas.”

“The collective smirk was wiped off the face of Obamaworld this past week, as former aides expressed their irritation at the retrospective dissing, and while Biden’s inner circle enjoyed an unfamiliar sensation: schadenfreude. Now the friendly fire once aimed at Biden is coming toward Obama.”

Wall Street Journal: “Restaurant and hotel bookings are up. Airplane tickets are selling fast. Consumers spent more on gyms, salons and spas in recent weeks than they have since the coronavirus pandemic began.”

“The U.S. economic recovery is picking up steam as Americans increase their spending, particularly on in-person services that were battered by the coronavirus pandemic.”

“All presidents come to town with hope for pushing through a bipartisan agenda, before running into the reality of a divided Washington, but some people believed Joe Biden’s experience in the Senate and his knowledge of its personalities meant it might be different this time,” NBC News reports.

“It doesn’t look like it so far. President Biden’s first major victory in Congress, the $1.9 trillion COVID-19 relief bill, came on a straight party-line Senate vote. Issues such as immigration and health care don’t look like they will be any easier.”

“That result, however, may have less to do with Biden than with the changing nature of the U.S. Senate itself. The numbers show this is not Joe Biden’s Senate anymore and the last few weeks provided more evidence that more change is coming.”

New York Times: “Months after the demonstrations that followed the killing of George Floyd by the Minneapolis police in May, the full scope of the country’s policing response is becoming clearer. More than a dozen after-action evaluations have been completed, looking at how police departments responded to the demonstrations — some of them chaotic and violent, most peaceful — that broke out in hundreds of cities between late May and the end of August.

“In city after city, the reports are a damning indictment of police forces that were poorly trained, heavily militarized and stunningly unprepared for the possibility that large numbers of people would surge into the streets, moved by the graphic images of Mr. Floyd’s death under a police officer’s knee. The mistakes transcended geography, staffing levels and financial resources.”

“A federal appeals court judge issued an extraordinary opinion Friday attacking partisan bias in the news media, lamenting the treatment of conservatives in American society and calling for the Supreme Court to overturn a landmark legal precedent that protects news outlets from lawsuits over reports about public figures,” Politico reports.

“Stephen Bannon, the firebrand political strategist and ex-confidant to former president Donald Trump, is fighting to get his federal fraud case formally dismissed over the strong objection of prosecutors, who have argued that his full pardon does not mean his indictment must be wiped from the record,” the Washington Post reports.

“It is not clear why the U.S. attorney is challenging what was expected to be a straightforward dismissal of Bannon’s case, or whether prosecutors believe the case against the remaining three would suffer strategically at trial should Bannon be officially excluded.”

Alyssa McGrath described a series of unsettling interactions with Gov. Andrew Cuomo (D) telling the New York Times that the governor would “ogle her body, remark on her looks, and make suggestive comments to her and another executive aide.”

“Ms. McGrath, 33, is the first current aide in Mr. Cuomo’s office to speak publicly about allegations of harassment inside the Capitol.”

“Spectators from overseas will not be allowed to attend the Summer Olympics in Japan, organizers said on Saturday, making a major concession to the realities of Covid-19 even as they forged ahead with plans to hold the world’s largest sporting event,” the New York Times reports.

“The Tokyo Games, which begin in July, were originally scheduled for 2020 but were delayed by a year because of the pandemic.”