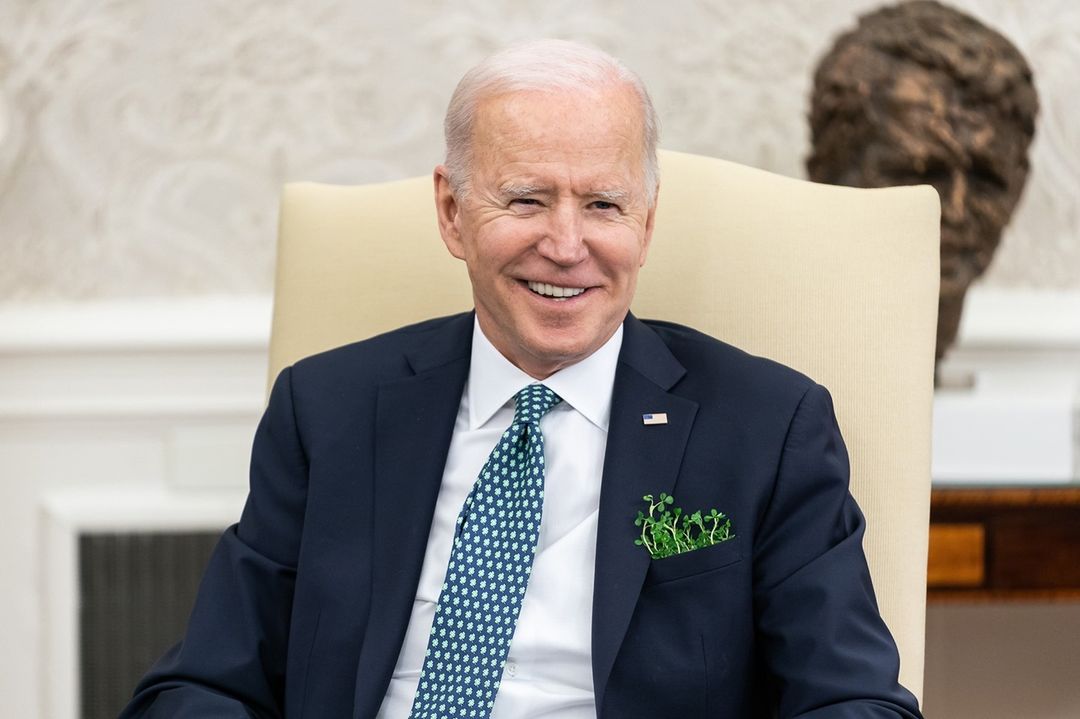 Senate Democrats have told BuzzFeed News “they are considering curtailing their ambitions on gun reform and pushing a narrower piece of legislation that can actually pass, rather than sweeping reforms that would likely be doomed.”

“The party winning both chambers of Congress plus the White House may have raised hopes for long-sought gun control measures, such as a ban on assault rifles. But Democrats are instead starting to look at smaller measures that can win bipartisan support and break the National Rifle Association’s strong influence over Congress.”

Roll Call: “The outer fence surrounding the Capitol complex will be removed this weekend.”

“The Biden administration is looking at taking actions in the next few weeks to punish China over what U.S. officials say is a genocidal campaign against Uighur Muslims in its Xinjiang region, according to a China analyst in touch with Biden administration officials. The actions will likely include new economic sanctions and could also involve some coordinated measures with countries in Europe which, too, are alarmed by the Xinjiang crisis.”

David Sanger: “It may look like the bad old days of the Cold War, but today’s bitter superpower competition is about technology, cyberconflict and influence operations.”

Earlier today, the House overwhelmingly passed a bipartisan resolution condemning the military coup in Myanmar and calling for the release of those detained — but 14 Republicans voted against the measure.

House Minority Leader Kevin McCarthy (R-CA) said he learned he had Covid-19 antibodies after getting blood drawn in December, learning for the first time that he previously had the virus, CNN reports.

Associated Press: “All nine of the justices are vaccinated and the gathering was in keeping with recently released Centers for Disease Control and Prevention guidance about indoor gatherings for people who have been fully vaccinated.”

Former President Donald Trump’s Mar-a-Lago beach club has been “partially closed” because of a COVID-19 outbreak, the AP reports.

Washington Post: “A new spike in the number of families and children crossing the Rio Grande into South Texas over the past several hours is forcing U.S. Customs and Border Protection to request airplanes that will allow the Biden administration to transport migrants to states near the Canadian border for processing.”

“Border officials requested the air support from U.S. Immigration and Customs Enforcement because 1,000 members of families and unaccompanied minors crossed the Rio Grande on Friday morning, and border agents have another 1,000 migrants they have been unable to process since last night, the communications show.”

David Leonhardt: “Republicans’ underestimation of Covid risks helps explain their resistance to wearing a mask — even though doing so could save their own life or that of a family member. And Democrats’ overestimation of risks explains why so many have accepted school closures — despite the damage being done to children, in lost learning, lost social connections and, in the case of poorer children, missed meals.”

J.M. Rieger: “For four years, Republicans had a go-to response for former president Donald Trump’s tweets: They hadn’t seen them, and they didn’t want reporters to tell them about them.”

“But over the past two months, many of these same Republicans have put such great stock in Twitter commentary that they have been citing old tweets as part of their reasoning for opposing President Biden’s nominees.”

Not even two weeks after the Tennessee historical commission voted to remove the bust of Nathan Bedford Forrest from the state capitol, state senators are trying to vote to remove all members from the commission, WTVF reports.

“White supremacist propaganda reached alarming levels across the U.S. in 2020,” the AP reports.

“Online propaganda is much harder to quantify, and it’s likely those cases reached into the millions.”

Conservative radio host Dan Bongino, who will be replacing Rush Limbaugh, told Insider that President Biden a “disaster for talk radio” because he is “just boring.”

Said Bongino: “Biden, not only do I think is a terrible president in these last few months, it’s just terrible for talk radio. I think Biden is a disaster for the country and his ideas are an atrocity. But he’s boring. He’s just boring.”

Sen. Pat Toomey (R-PA) blocked an attempt by Democrats to bring up a bill that would stop debt collectors from garnishing stimulus checks, a provision which had previously been deemed ineligible under budget reconciliation rules, the Huffington Post reports.

However, Toomey and the vast majority of Senate Republicans voted in favor of such a provision in the previous Covid relief that passed in December.

San Francisco Chronicle: “Lobbying for the attorney general’s job has been intense, with many advocacy groups seeking representation for California’s marginalized communities. Following a rise in anti-Asian American violence during the coronavirus pandemic, officials appealed this week for Newsom to select an Asian American attorney general, such as Democratic Assembly Member Rob Bonta of Alameda, who could pursue policies to combat racial bias and hate crimes.”