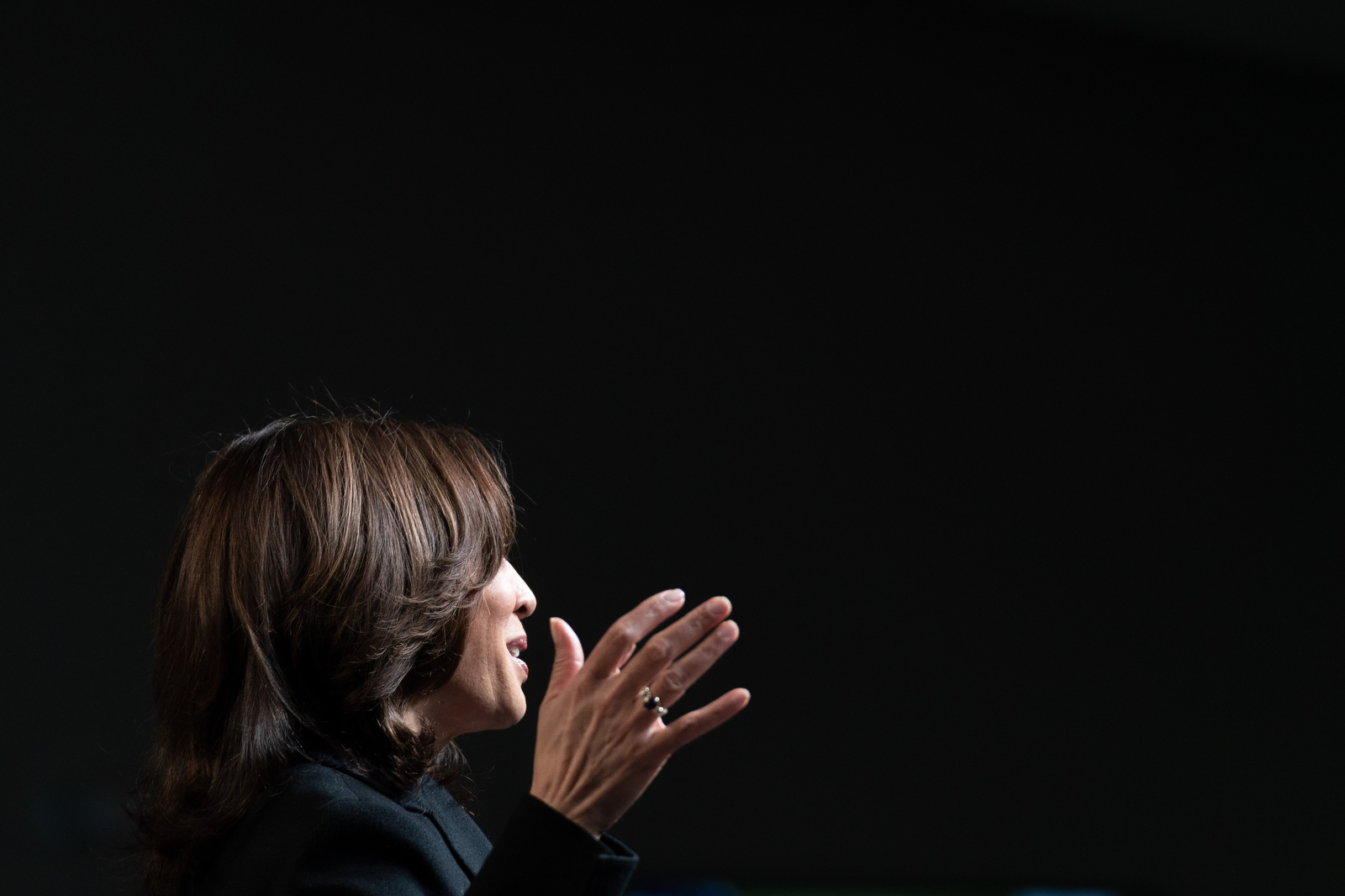 Punchbowl News: “At some point, the White House will lay out the big package it wants passed: A large scale infrastructure bill with a tax hike — probably corporate, but they’ll pitch individual-rate increases too — to pay for it.”

“But in the interim — meaning throughout the spring and summer — the White House plans to work with Congress to try to pass smaller pieces of legislation.”

“The idea is to create a political drumbeat for infrastructure and public-works related legislation bookended by the announcement of the large-scale bill at the front end and its passage on the back end — with a bunch of incremental bills in between.”

Rolling Stone: “The Biden administration announced it is rescinding a Trump administration rule that only gave partial relief to borrowers defrauded by for-profit institutions. The decision could affect 72,000 borrowers who received less than complete relief under the Trump-era formula and grant them a combined $1 billion in canceled loans.”

“While the Obama administration made it possible for students defrauded by for-profit colleges to secure complete loan relief starting in 2015, Trump’s education secretary, Betsy DeVos — a friend of the for-profit education industry who had investments in a student-debt collection agency — changed the rules to make it harder for borrowers to get that relief. And even if they were approved for relief, it was only partial.”

Bloomberg: “The latest sign the U.S. government is back in the fight against climate change? The EPA just resurrected a website chock full of data, background and science about global warming that the Trump administration had deleted.”

“The achievement puts the Biden administration well ahead of schedule for its goal of distributing 100 million doses in the first 100 days in office, and emphasizes the extent to which the administration has aggressively ramped up vaccination efforts.”

Associated Press: “In unusually pointed public remarks for a staid diplomatic meeting, Secretary of State Antony Blinken and Chinese Communist Party foreign affairs chief Yang Jiechi took aim at each other’s country’s policies at the start of two days of talks in Alaska. The contentious tone of their public comments suggested the private discussions would be even more rocky.”

A CBS News reporter took video on her cell phone as US television cameras were being ushered out just as tensions were rising in the room.

Sen. Martin Heinrich (D-NM), one of the Democratic senators who previously threw their support behind preserving the filibuster, on Thursday evening joined the growing chorus of Democrats calling for the abolishment of the procedure.

Heinrich asserted in a statement that the filibuster, which requires most legislation to have a 60 votes in order to pass rather than a simple majority and has therefore become an effective tool for GOP obstruction, ought to at least be changed to a talking filibuster (a reform President Joe Biden and other Democrats have backed), if not blown up entirely.

“Too often the filibuster has been used to block our country’s continued march toward equality,” Heinrich said. “We must change this.”

“The ex-wife of a Trump Organization executive has spoken ‘multiple times’ with investigators from the Manhattan District Attorney’s Office, as the probe into Donald Trump’s financial dealings intensifies,” NBC News reports.

“Jennifer Weisselberg said it appears investigators have been seeking information related to the role of Allen Weisselberg, the Trump Organization’s chief financial officer and the father of her ex-husband.”

“Allan Weisselberg, whose relationship with Trump spans decades, is likely the one person outside of the family who has the most complete understanding of the Trump Organization’s inner financial workings.”

The Daily Beast: “Dozens of young White House staffers have been suspended, asked to resign, or placed in a remote work program due to past marijuana use, frustrating staffers who were pleased by initial indications from the Biden administration that recreational use of cannabis would not be immediately disqualifying for would-be personnel, according to three people familiar with the situation.”

Rep. Marjorie Taylor Greene said she has been temporarily suspended from Twitter for violating the platform’s rules.

A wax replica of former President Donald Trump currently being housed at Louis Tussaud’s Waxworks in San Antonio had to be moved to storage because visitors kept punching it in the face, the San Antonio Express reports.

Politico: “The former president is scheduled to sit for a dozen interviews in the coming weeks with authors examining his presidency, some of whom are penning sequels to books they published during Trump’s time in office.”

“The sheer number of book interviews is so massive that some in his orbit worry he may be doing too many and hurting his ability to monetize his own recollections for a book of his own, should he choose to write one.”

Idaho Gov. Brad Little (R) will work with state legislators to accept and spend the nearly $1.2 billion in discretionary funding his state will receive from the American Relief Plan, the Idaho Statesmen reports.

Said Little: “The plan is being mortgaged on our children and grandchildren’s future. They will shoulder the burden to pay off this massive debt. All that said, rejecting the funds is not the right thing to do for Idaho.”

“In recent weeks, FBI officials have been looking to interview members of Gov. Andrew Cuomo’s staff and other state officials about the eleventh-hour addition to the state budget last March… The measure granted nursing homes and hospitals broad legal protections against lawsuits and criminal liability for care provided to residents and patients during the pandemic.”

“The New York state investigation into whether Gov. Andrew Cuomo (D) sexually harassed multiple women is also looking at whether his top officials enabled the behavior, how the administration handled the complaints, and whether it took steps to intimidate his accusers,” the Wall Street Journal reports.

“As part of the probe being overseen by state Attorney General Letitia James, investigators have in recent days interviewed at least three former aides to the governor, Charlotte Bennett, Lindsey Boylan and Ana Liss. The women have accused Mr. Cuomo of either sexual harassment or inappropriate behavior while they worked for the state.”

“They and their representatives said that in the interviews, investigators asked about Mr. Cuomo’s behavior, how complaints were handled and about subsequent actions by senior aides in the governor’s administration which some of the women say they saw as retaliation.”

Lindsey Boyland, the first woman to accuse Gov. Andrew Cuomo of sexual harassment, gave an extensive interview to Ronan Farrow in the New Yorker: “When the dog jumped up and down near her, Boylan said, she reached out to calm him, and then backed away. Cuomo, she said, joked that if he were a dog, he would try to ‘mount’ her as well.”

Interesting detail: Cuomo hung a dartboard with a photo of New York City Mayor Bill de Blasio on it for entertainment during a pool party at the governor’s mansion.

A former lobbyist told the Washington Post that Rep. Tom Reed (R-NY), who is weighing a challenge to New York Gov. Andrew Cuomo (D), sexually harassed her. “Reed, who has described combating sexual violence and harassment as one of his priorities in Congress, recently argued that Cuomo should be impeached.”

Anne Applebaum: “For decades now, Russian security services have studied a concept called ‘reflexive control’—the science of how to get your enemies to make mistakes. To be successful, practitioners must first analyze their opponents deeply, to understand where they get their information and why they trust it; then they need to find ways of playing with those trusted sources, in order to insert errors and mistakes. This way of thinking has huge implications for the military; consider how a piece of incorrect information might get a general to make a mistake.”

“But it works in politics too.”

“Former President George W. Bush said the Jan. 6 insurrection at the U.S. Capitol left him ‘disgusted’ and “disturbed” – yet still optimistic about the resilience of American democracy,” the Dallas Morning News reports.

Said Bush: “I was disgusted. … I was sick to my stomach, to see our nation’s Capitol being stormed by hostile forces, and it really disturbed me. I’m still disturbed when I think about it, and it undermines the rule of law.”

When asked if he thought Democrats stole the election, Bush replied: “No. All elections have some kind of improprieties… The results of this election, though, were confirmed when Joe Biden got inaugurated as president… He’s off to a good start, it looks like, and hopefully this anger will work its way out of the system.”

Chris Cillizza: “What’s remarkable is that Bush wasn’t the head of the Republican Party all that long ago! We’re not talking about someone who led the GOP in the 1970s or 1980s. Bush was president in the 2000s — and was the last Republican elected president before Trump won in 2016. Less than a decade separates Bush’s presidency from Trump’s. And yet, Bush’s version of what it means to be a Republican is unrecognizable from where the GOP stands today.”

“House Minority Leader Kevin McCarthy tried to rewrite history on Thursday by claiming that he was not involved in former President Donald Trump’s efforts to overturn the election in a heated exchange during a news briefing,” CNN reports.

“McCarthy’s explanation flies in the face of reality. Trump tried to pressure Congress to overturn the election and McCarthy raised no concerns about it. He also backed a Texas lawsuit to invalidate millions of votes, and ultimately voted in favor of overturning the election results of two states during votes that took place after the January 6 insurrection at the Capitol.”

Associated Press: “The House has dismissed a Republican attempt to remove California Rep. Eric Swalwell from the House intelligence panel over his contact more than six years ago with a suspected Chinese spy who targeted politicians in the United States. Democrats scuttled the effort from House Republican Leader Kevin McCarthy, 218-200, after he forced a vote.”

“President Biden is reviewing a list of finalists as he prepares to nominate a series of ambassadors to key embassy postings,” Axios reports.

“Biden officials have been tempering expectations among his big-dollar donors, suggesting the president will nominate fewer of them to coveted positions. Wealthy donors are getting nervous they may have already been passed over.”

“Biden will likely draw on so-called political ambassadors — including allies and financial backers — for roughly 30% of the openings.”

Richard Blum, a wealthy investor and the husband of Sen. Dianne Feinstein (D-CA), has indicated to President Biden’s advisers “that he’s interested in being appointed to an ambassadorship, a move that would renew questions about Ms. Feinstein’s political future,” the New York Times reports.

“Mr. Blum is eyeing a European capital, a posting that could pave the way for the 87-year-old Ms. Feinstein to leave the Senate.”

Andrew Ross Sorkin: “The good news is that the rescue money likely saved as many as 75,000 jobs, most remaining at full pay. And that money also kept the airlines from filing for bankruptcy, and in a position to ferry passengers all over the country to jump start economic growth as the health crisis subsides.”

“The bad news is that it is also likely that taxpayers massively overpaid: The original grant of $25 billion in April meant that each of the 75,000 jobs saved cost the equivalent of more than $300,000. And with each additional round of bailout money, that price has grown.”

“States, airlines and tech companies are pressuring the Biden administration to develop a federal standard for vaccine passports — a policy that could speed the economic recovery but might also discriminate against disadvantaged groups and jeopardize privacy,” Politico reports.

“But without White House involvement, industry leaders say they’ll be left with a confusing patchwork of unregulated and unreliable tracking tools that could invite fraud and raise troubling questions about risk and fairness. … The White House says the government shouldn’t issue the credentials or store the data. But it’s held discussions with tech firms on how a passport system might work, asking for details about whether pharmacies and other establishments might provide the necessary data.”