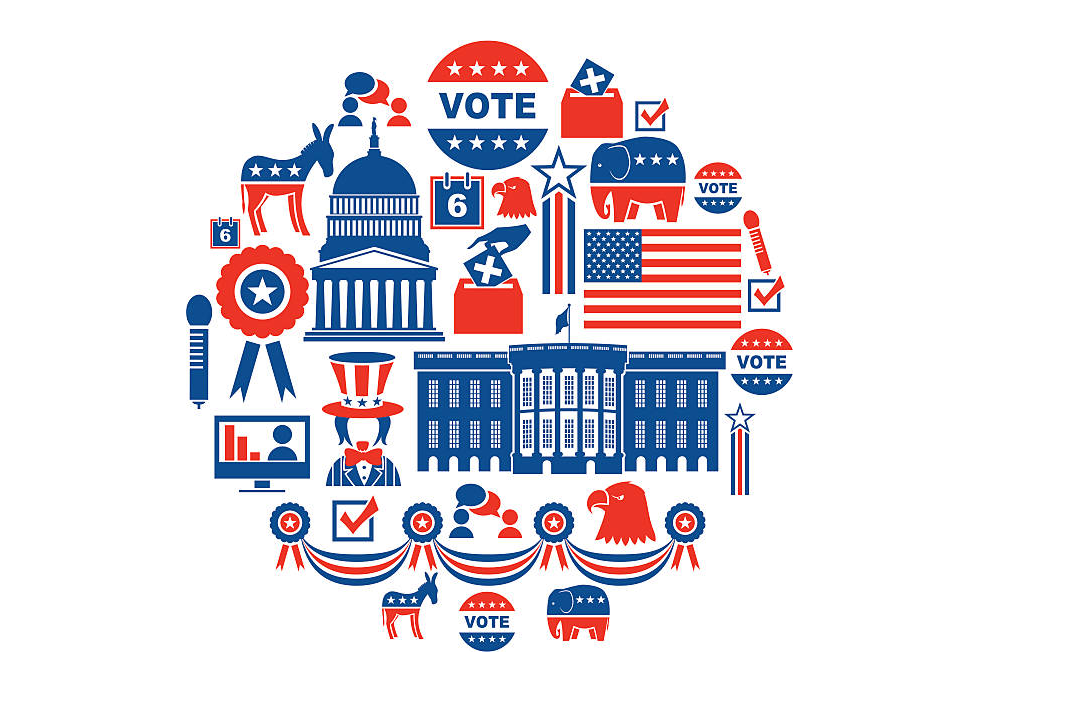 “Supporters of the recall targeting California Gov. Gavin Newsom said Wednesday they submitted 2,117,730 signatures by the day’s deadline, a number that appears to comfortably exceed the required threshold even if some are invalid,” Politico reports.

“Newsom himself acknowledged Tuesday that the recall will likely qualify, and he has already assembled a team that will mount his defense in what’s expected to be the nation’s biggest election in 2021. Democrats could raise well over $100 million to defend the governor’s seat in one of the bluest states in the country.”

“In North Carolina, Florida, Virginia, and Pennsylvania, Republican-friendly maps were thrown out mid-decade in favor of plans that were more amenable to Democrats.”

“If those pro-Republican maps were still in place, there’s a good chance that House Republicans would be in the majority now.”

Open Secrets: “After years of dark money overwhelmingly boosting Republicans, this marks the first presidential election cycle where dark money benefited Democrats. That’s a continuation from the 2018 midterm elections when Democrats benefited from more dark money than their Republican counterparts at the federal level for the first time since Citizens United.”

CALIFORNIA GOVERNOR — Former Republican Rep. Doug Ose said Tuesday that he’d compete in the recall election against Democratic Gov. Gavin Newsom if it makes the ballot, something that Newsom himself has acknowledged is likely to happen.

Ose has had a long career in California politics, but he hasn’t won a race since the early 21st century. Ose was elected to a House seat in the Sacramento area, which was numbered the 3rd District at the time, in 1998 and voluntarily bowed to term limits in 2004, though not before exploring a Senate bid.

While Ose cultivated an image as a moderate during his career, he reinvented himself in 2016 as an ardent Trump ally. That new profile didn’t do him much good, though, when Ose decided to run for governor in the 2018 cycle: The former congressman failed to bring in much money and dropped out in a move that was so abrupt, his spokesperson said she had to quickly cancel 50 campaign events.

NEVADA U.S. SENATOR — Former Attorney General Adam Laxalt, who was the Republican 2018 nominee for governor, is considering challenging Democratic Sen. Catherine Cortez Masto next year. The incumbent will be a top GOP target as she seeks re-election in a state that backed Joe Biden by a close 50-48 margin, but a bit surprisingly, we’ve heard very little about the prospective field to face her until now.

Laxalt, who unsuccessfully sued to overturn Biden’s victory in the state, has not yet said anything publicly about his interest, though Senate Minority Leader Mitch McConnell reportedly sees him as a Republican who “could bring together the warring wings of the party.” Back in December, the Las Vegas Review-Journal also relayed “rumors” that Laxalt was thinking about seeking a rematch with Democratic Gov. Steve Sisolak, who beat him 49-45, but we’ve heard nothing new since then.

MARYLAND GOVERNOR — Nonprofit executive Jon Baron is considering seeking the Democratic nomination for Maryland’s open governorship. Baron, who is a former official in the Clinton-era Department of Defense, currently serves as vice president of Arnold Ventures, a group supported by a billionaire couple that describes its mission as “invest[ing] in evidence-based solutions that maximize opportunity and minimize injustice.”

MINNESOTA GOVERNOR — Republican Rep. Pete Stauber said Sunday that he would not challenge Democratic Gov. Tim Walz. Some GOP operatives “had considered Stauber a favorite,” while one top Republican, former state House Speaker Kurt Zellers, was openly dismayed. “I’m a little shocked and, honestly, disappointed,” said Zellers. “I would have loved to see Congressman Stauber run. I don’t know if there’s a clear path right now for any candidate.”

Conspiracy-theory-spreading pillow salesman Mike Lindell finally put us out of our misery when he said he would “absolutely not” run for anything. The My Pillow founder had said in January he was “90 to 95%” likely to seek the GOP nomination, which proves that his products aren’t the only thing full of fluff.

Meanwhile, a few other Republicans are getting name-dropped as potential foes for Democratic Gov. Tim Walz. State House Minority Leader Kurt Daudt is mentioned as a possibility, but there’s no word yet if he’s interested. Daudt, who served as speaker when the GOP controlled the chamber, spent over a year during the 2018 cycle flirting with a potential bid (he also took some time to mull a run for the 8th Congressional District), but he eventually opted to stay put.

Freshman Rep. Michelle Fischbach could run, depending on what happens with redistricting. If Minnesota loses a House seat, Fischbach’s district could be carved up, which could convince her to try her luck in a gubernatorial race.

NEBRASKA GOVERNOR / 2ND CD — In a development that will almost certainly be a relief to House Republicans, Rep. Don Bacon announced Monday that he would run for re-election rather than campaign for governor. While Republicans are the heavy favorites to keep the governor’s office in deep red Nebraska no matter whom they nominate next year, holding Bacon’s Omaha-based 2nd District would be a much more difficult task without him. In its current form, the seat swung from 48-46 Trump to 52-46 Biden last year, but the congressman ran far ahead of the ticket and won his third term 51-46.

NEW YORK CITY MAYOR — Former Sanitation Commissioner Kathryn Garcia and nonprofit executive Dianne Morales have both announced that they’ve raised enough money from small donors to qualify for the city’s matching funds program. The city’s Campaign Finance Board, though, will need to verify that they’ve met all of the requirements before they can receive public money.

While attorney Maya Wiley unexpectedly failed to qualify for matching funds last month, the city’s Campaign Finance Board announced this week that she had raised enough small donations to receive $1.9 million in public financing.

Ferguson, who was elected in 2016 to represent a safely red seat in the southwestern Atlanta exurbs, has not said anything publicly, though unnamed allies say he’s “being pressured by some state and national GOP figures” to run. Ferguson is an ally of former Rep. Doug Collins, who is openly mulling another bid here, though it remains to be seen how that might impact either man’s calculations.

Several other Republicans are thinking about getting in. One of those “said to be considering” is businessman Kelvin King, though there’s no other word on King’s interest.

IOWA U.S. SENATOR — Retired Vice Adm. Mike Franken, a Democrat who lost last year’s primary for Iowa’s other Senate seat, says that he’s not ruling out a campaign against Republican incumbent Chuck Grassley. Franken said of Grassley, who has not yet said if he’ll seek an eighth term, “A lot can happen in six months, but I think the prudent person would expect that he would run again. Betting otherwise would be a fool’s pursuit.”

Last year, Franken went up against businesswoman Theresa Greenfield, who had the backing of the national Democratic establishment, in a very difficult primary. Greenfield, who decisively outspent Franken and benefited from close to $7 million in outside spending, beat him 48-25 before losing to Republican Sen. Joni Ernst months later.

ARIZONA GOVERNOR — Former homeland security official Marco López, a Democrat who previously served as mayor of Nogales, on Tuesday became the first notable candidate from either party to announce a bid to succeed termed-out Republican Gov. Doug Ducey. López, whose parents emigrated to the United States from Mexico, would be the state’s second-ever Latino governor following fellow Democrat Raul Castro, who was elected in 1974 and resigned in 1977 to become Jimmy Carter’s ambassador to Argentina.

López himself won elected office in 2000 when he was elected mayor of Nogales, which shares a name with its far larger neighbor on the other side of the international border, at the age of 22. After serving in several state posts under Arizona’s last Democratic governor, Janet Napolitano, López also worked under her at the Department of Homeland Security as chief of staff for the U.S. Customs and Border Protection.

López, who has spent the last decade as an international business consultant, has also acted as an advisor to billionaire Carlos Slim, who is the richest man in Mexico and one of the wealthiest people in the world. The Arizona Republic, though, writes that López is pushing back on “rumors” that he’d fund his bid with his own money. López instead said he’d be asking for donations, though he doesn’t appear to have addressed if he’s open to self-funding some of his campaign.

López will likely have company in next year’s primary as Democrats looks to score another win in a state that Joe Biden narrowly carried in 2020. Secretary of State Katie Hobbs said about a year ago that she was considering and would likely decide in early 2021, though she doesn’t appear to have given any other details about her deliberations since then. A few other Democrats have also been mentioned, though no one else seems to have said anything publicly about their interest.

Wright is up with her first TV spot ahead of the May 1 all-party primary to succeed her late husband, Rep. Ron Wright, which her team says is airing on Fox. Wright tells the audience that losing her husband “was the darkest day of my life, but I see his light in our family and the values he lived for.” Wright then pledges to “carry on” his conservative legacy in Congress.

The minute-long spot features three former teachers arguing that Peterson sponsored a 2004 law that resulted in 7,000 New Orleans educators and school employees getting fired after Hurricane Katrina hit the next year, with the commercial’s subjects arguing she did it because “[i]t appears as though her husband was going to be hired in the new school system.”

Reporter Tyler Bridges takes a look at this ad for NOLA.com and writes that several people involved dispute this message. Leslie Jacobs, who was a member of the Board of Elementary and Secondary Education at the time, said of Carter’s charges, “The Orleans Parish School Board laid off all teachers summarily because they had no money and no students … Teachers would have lost their jobs even if Karen Carter Peterson had not filed her bill.”

Bridges explains that the law in question was done “to address chronic problems with New Orleans’ school system, which was running out of money because of misspending and corruption and because too many of the schools were failing state standards.” It allowed the Recovery School District, which had been created the previous year, to “take over a handful of failing New Orleans schools.” In 2005, after Katrina devastated the city, a different law passed that let RSD “take over New Orleans’ entire school system,” but Peterson opposed it.

Bridges also notes that the candidate’s husband, Dana Peterson, only took a post as deputy superintendent of the RSD in 2012, well after that 2004 bill became law.