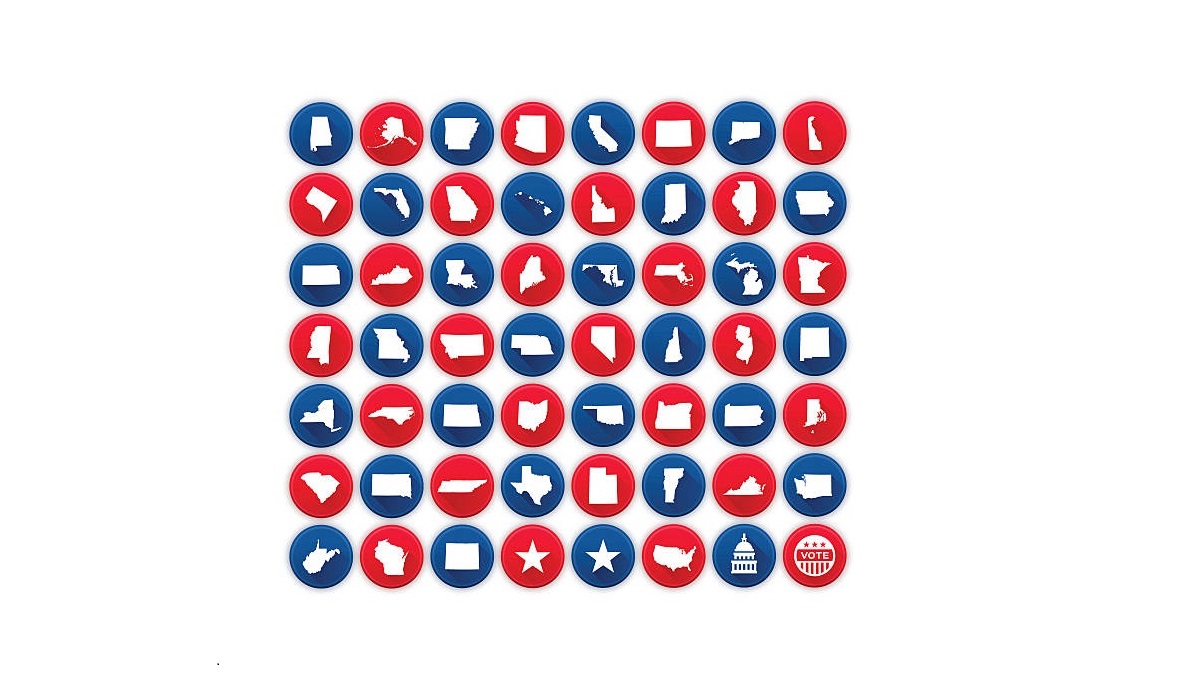 Playbook: “As Biden and Co. hit the road to sell the Covid relief package, it’s not going to take much work.”

A new Politico/Morning Consult poll finds more Americans now think the country is on the right track than wrong track, 55% to 45%.

“Heading into Wednesday’s signature deadline, Newsom is trying to frame California’s recall as an extension of the divisive 2020 presidential fight.”

“Limitless money, a slew of candidates and undivided national attention are about to converge in a battle for California’s future,” Politico reports.

“An effort to recall Gov. Gavin Newsom is highly likely to qualify after supporters submit their last signatures this week. The ensuing campaign will be a melee free from the constraints that inhibit other statewide contests in California. Donation caps don’t apply. Hundreds of millions of dollars are likely to inundate the state as the full might of California’s Democratic establishment vies with a concerted Republican effort to oust a humbled blue state leader.”

“The broad outlines of America’s partisan divides are visible on any national map. Republicans typically dominate in most Southern and Plains states, and Democrats in Northeastern and West Coast ones. Democrats cluster in urban America, Republicans in more rural places,” the New York Times reports.

“But keep zooming in — say, to the level of individual addresses for 180 million registered voters — and this pattern keeps repeating itself: within metro areas, within counties and cities, even within parts of the same city.”

“Democrats and Republicans live apart from each other, down to the neighborhood, to a degree that raises provocative questions about how closely lifestyle preferences have become aligned with politics and how even neighbors may influence one another.”

Nathaniel Rakich: “In election cycles since 1974, the party with the most Senate retirements has actually gained seats just as often as it has lost them.”

Atlanta Journal-Constitution: “Under pressure from civil rights activists, some of Georgia’s biggest companies and their allies at the Capitol are taking a guarded approach toward election measures that would limit weekend early voting days, curb absentee voting and add other restrictions at the ballot box.”

“The corporate titans aren’t standing in fierce opposition to the restrictive voting proposals moving through the Legislature, much like they did in 2016 when they rallied against a ‘religious liberty’ measure that critics blasted as discriminatory.”

“But they aren’t exactly staying silent either, which was the stance most corporate leaders took during the 2019 debate over abortion legislation that divided Georgia lawmakers.”

Philip Bump: “It is not the case that these businesses are now going to send floats to participate in left-wing marches, certainly. It is also not the case that this shift reflects a broad embrace of Democratic Party principles. Cultural debates yield a very different calculus than issues like union membership, as we pointed out last week. A business like Coca-Cola, which expressed its concerns about Georgia’s voter registration changes and gave more to Democrats than Republicans through its PAC in 2020, is probably not going to actively advocate for increased worker rights.”

“Nonetheless, there’s been a shift. Corporate actors are more open to Democratic politicians and priorities than in years past.”

VIRGINIA GOVERNOR — The GOP nomination for Virginia’s gubernatorial election this year will be decided by just a few thousand party delegates, but two wealthy businessmen are nonetheless taking the blunderbuss approach to winning support. According to the Republican media tracking firm Medium Buying, private equity mogul Glenn Youngkin has spent just shy of $1 million to air TV and radio ads while “angel investor” Pete Snyder has forked out over three quarters of a mil. And what kind of ads are they running? The usual racist and xenophobic crap.

SOUTH CAROLINA 1ST CD / 7TH CD — Former Fox talking head Eric Bolling, a vocal Trump supporter who left the network in 2017 after his show was cancelled when sexual misconduct allegations were levied against him, is reportedly weighing a bid for Congress in South Carolina, though exactly where is unclear. Bolling could run in the GOP primary in the 7th District against Rep. Tom Rice, who voted to impeach Trump in January, or in the 1st District against Rep. Nancy Mace, who opposed impeachment but offered a few remarks critical of Trump following the Jan. 6 attack on the Capitol.

Bolling himself wouldn’t confirm or deny the report, saying only, “South Carolina is conservative, and South Carolinians deserve conservative representation in D.C.” Bolling only moved to South Carolina in 2018 and lives in Charleston, which might put him in Mace’s district, or it might not—and definitely not in Rice’s. Angry MAGA primary voters, however, are liable to care far more about loyalty to Trump than geographic ties.

MANHATTAN DISTRICT ATTORNEY — District Attorney Cyrus Vance announced Friday that he would not seek a fourth term this year, a decision that New York’s political world has been expecting for some time. Vance had raised very little money over the last year, and eight different Democrats have been running for months to succeed him in this extremely blue borough.

The Democratic primary for this office will be held June 22, and the winner should have little trouble in November. Note, though, that while New York City voters backed a 2019 referendum to institute instant-runoff voting in primaries for many local offices, the measure does not apply to state-level posts like this one. Instead, it will just take a simple plurality to win the nod.

The field currently consists of:

There is no clear frontrunner at this point. Most of the contenders have pitched themselves as progressives who will bring much needed changes to the post. The exception is Crotty, who calls herself a centrist and is the one candidate who has not refused to take donations from police unions.

ARIZONA U.S. SENATOR — Republican Gov. Doug Ducey said back in January that he would not challenge Democratic Sen. Mark Kelly, but CNN reports that Senate Minority Leader Mitch McConnell still hasn’t given up trying to recruit him. There’s no word whether the termed-out governor is listening to McConnell’s entreaties, though, and some very loud voices closer to home would prefer he just leave the political scene altogether. The Arizona Republican Party censured Ducey over his handling of the coronavirus pandemic around the same time that the governor took his name out of contention, vividly demonstrating the kind of primary he’d have been in for.

MISSOURI U.S. SENATOR — Major GOP outside groups are open to spending in Missouri’s open seat primary to stop disgraced former Gov. Eric Greitens if he runs. The Senate Leadership Fund, a major super PAC close to Senate Minority Leader Mitch McConnell, “has been engaged in talks about how to keep the former governor from endangering their hold on what should be a safe seat,” though no one has settled on anything yet.

GOP operatives in the Show Me State are aware that a crowded field could make it easier for Greitens to win the nomination to succeed retiring Sen. Roy Blunt, though unnamed “top Republicans” acknowledge that they haven’t come up with a plan to stop him at this early point in the cycle.

UTAH U.S. SENATOR –– Former state Rep. Becky Edwards recently told Utah Policy that she was “all in” for a Republican primary campaign against Sen. Mike Lee, but she’ll be in for an exceedingly difficult race: Edwards, who retired from the legislature in 2018, spent last year encouraging fellow Mormon women to vote against Donald Trump.

CONNECTICUT GOVERNOR –– New Britain Mayor Erin Stewart said Sunday that she would not seek the Republican nomination to take on Democratic Gov. Ned Lamont, a move that the Hartford Courant writes “appeared to take both parties by surprise.”

MASSACHUSETTS GOVERNOR — YouGov’s new poll for UMass Amherst finds Republican Gov. Charlie Baker leading five different Democrats in hypothetical 2022 general election matchups, but not by the massive spreads he’s accustomed to. What’s more, a huge portion of respondents are undecided in each trial heat, which makes it especially difficult to tell how much danger Baker might actually be in if he were to run for a third term.

First, the numbers, with Baker’s share first in each case:

The only one of these candidates who has announced a bid is Downing, though Allen has formed an exploratory committee. Healey, meanwhile, has been talked about quite a bit as a potential candidate but hasn’t said if she’s interested, while Kennedy sounds very unlikely to go for it. This is also the first time we’ve heard Chang-Díaz mentioned as a possible contender. Baker, for his part, has been keeping everyone guessing about his re-election plans.

However, while YouGov finds Baker leading Healey by just three points and well under 50% against the other four Democrats, there’s a big reason to be cautious. In that matchup a plurality of 34% of respondents are undecided (the remaining 7% say they would not vote), a proportion that’s even higher in three of the other trial heats, and even in the Baker-Kennedy scenario, 28% still mark themselves as not sure.

All of that makes this poll hard to interpret and therefore not particularly helpful to understanding what the future might hold. Assuming the sample accurately reflects next year’s electorate—no easy feat—it’s still possible that, this far from Election Day, a huge number of voters really are on the fence and could go either way. However, it’s just as possible that YouGov, for whatever reason, isn’t doing enough to push respondents to express their preferences.

A considerably larger portion of YouGov’s panel, though, did give its opinion of Baker’s performance in office, with a 52-39 majority saying they approve. That’s a positive number, especially for a Republican in a very blue state, but it’s a massive drop from the 68-29 score Baker chalked up in October, the last time YouGov polled him for the school. It’s also far lower than what almost every other poll has found since Baker took office in 2015: Last month, for instance, MassInc showed Baker with a 74-20 score.

Events since those two polls were conducted, including Massachusetts’ widely panned coronavirus vaccine rollout, may have hurt the governor, but the two pollsters’ methodologies may simply be leading them to measure public opinion differently. No matter what, though, we should never let one survey determine our view of a contest. Hopefully, more firms will survey the Bay State in the near future to give us a better idea as to whether Baker remains strong at home or if he really could be in for a tough race if he runs again.

“Raphael Warnock’s Senate victory in Georgia has opened the floodgates to a surge of African American Senate candidates, raising the prospect that the 2022 midterm elections could dramatically alter the face of a chamber that is currently 89 percent white,” Politico reports.

“Many are state legislators or local elected officials who might have been dissuaded from running in the past, or viewed a statewide victory as implausible.”

“Fueling the burst is an unusually fluid Senate map that already features five open seat races. But prospective candidates and political strategists point to other catalytic factors — foremost among them, Warnock’s upset victory in January in a red, Deep South state that had never elected an African American to the Senate.”

“The Kentucky legislature has passed a bill that would require a governor to fill a vacant U.S. Senate seat with a member of the departed senator’s party in a move sure to spark the political rumor mill around Frankfort,” The Hill reports.

“The bill would require a sitting governor to choose a replacement for a vacant Senate seat from a list of three candidates chosen by the top leadership of the former senator’s political party.”