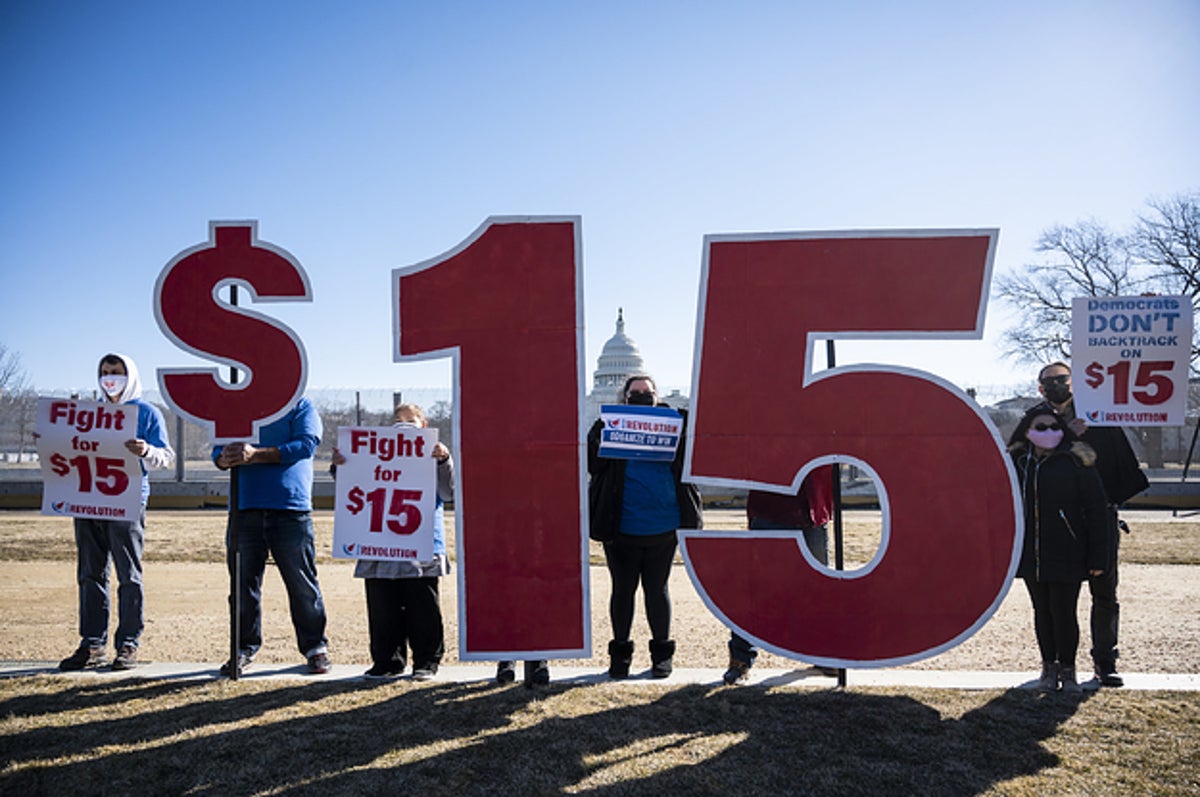 The State Senate on Thursday passed Senate Bill 15, the bill to raise the minimum wage from $9.25 to $15.00 over the course of the next few years, by a party line vote of 14-7. The legislation was amended in the Senate to make it clear that the minimum wage would remain at its current level of $9.25 per hour until January 1, 2022.

UPDATE: Well, it got placed in the House Economic Everything Committee. So so much for my demands. But, perhaps sensing that many would be displeased, or perhaps in reading this post, Committee Chair Bill Bush has released the following statement:

“The House Economic Development, Banking, Insurance & Commerce Committee will hold a hearing on Senate Bill 15 during the week of April 19th, at the committee’s first scheduled meeting following the General Assembly’s spring recess. The committee has a substantial agenda of legislation to consider in its two remaining meetings for this month, including HB 88, which would address the youth and training wage, among other items.

“As committee chair, it’s my hope that providing a date-certain for a hearing on SB 15 will demonstrate our commitment to fostering a full, fair and open discussion on this bill.”

Eighteen (18) out of 26 House Democrats sponsored the bill. We have to presume they will vote in favor of it. So who are the remaining 8? Speaker Pete Schwartzkopf, Kendra Johnson, Sherae’a Moore, Sean Matthews, Krista Griffith, Bill Carson, Bill Bush and Andria Bennett. I believe that Johnson, Moore, Matthews and Griffith are all for raising the wage. The Speaker, Bill Carson, Bill Bush and Andria Bennett are all question marks. This bill is a simple majority vote, so 21 votes gets us to victory. If all four of the probable yes votes vote that way, we have 22 votes.

But let’s start make our voices heard right now. Here are links to the Democrats on the Economic Everything Committee:

Call them. Email them. Be nice but firm. Tell them this vote will determine your vote in the next election.

“The economic health of this nation turns on a core proposition: if you put in a hard day’s work, you will earn a fair day’s wage that will allow you to put food on the table and keep a roof over your head,” said Sen. Jack Walsh, the prime sponsor of Senate Bill 15. “That was the premise behind the federal minimum wage when it was created to lift America out of The Great Depression and that’s why my colleagues and I today pledged our support for the grocery store clerks, retail workers, janitors and long-term care workers who stood on the frontlines during the greatest public health crisis of our lifetimes.”

“When you have a full-time job, you should be able to count on that paycheck to keep a roof over your head, food on your table, and cover your family’s basic expenses. For so many people earning the minimum wage right now, that’s just not possible,” said Rep. Gerald Brady, the prime House sponsor. “This legislation is a major step toward restoring the promise that a job brings with it a fundamental level of dignity and peace of mind for every Delawarean. I want to commend my Senate colleagues for advancing it and look forward to passing it in the House.”

“When we began the 151st General Assembly, we made a commitment to aggressively tackle the economic, public health and racial justice issues Delawareans are facing every day,” said Senate President Pro Tempore Dave Sokola. “This legislation represents a major step toward fulfilling that promise and I am proud of my colleagues in the Senate Democratic Caucus, every one of whom signed on as a cosponsor of SB 15 and voted to pass this legislation today.”