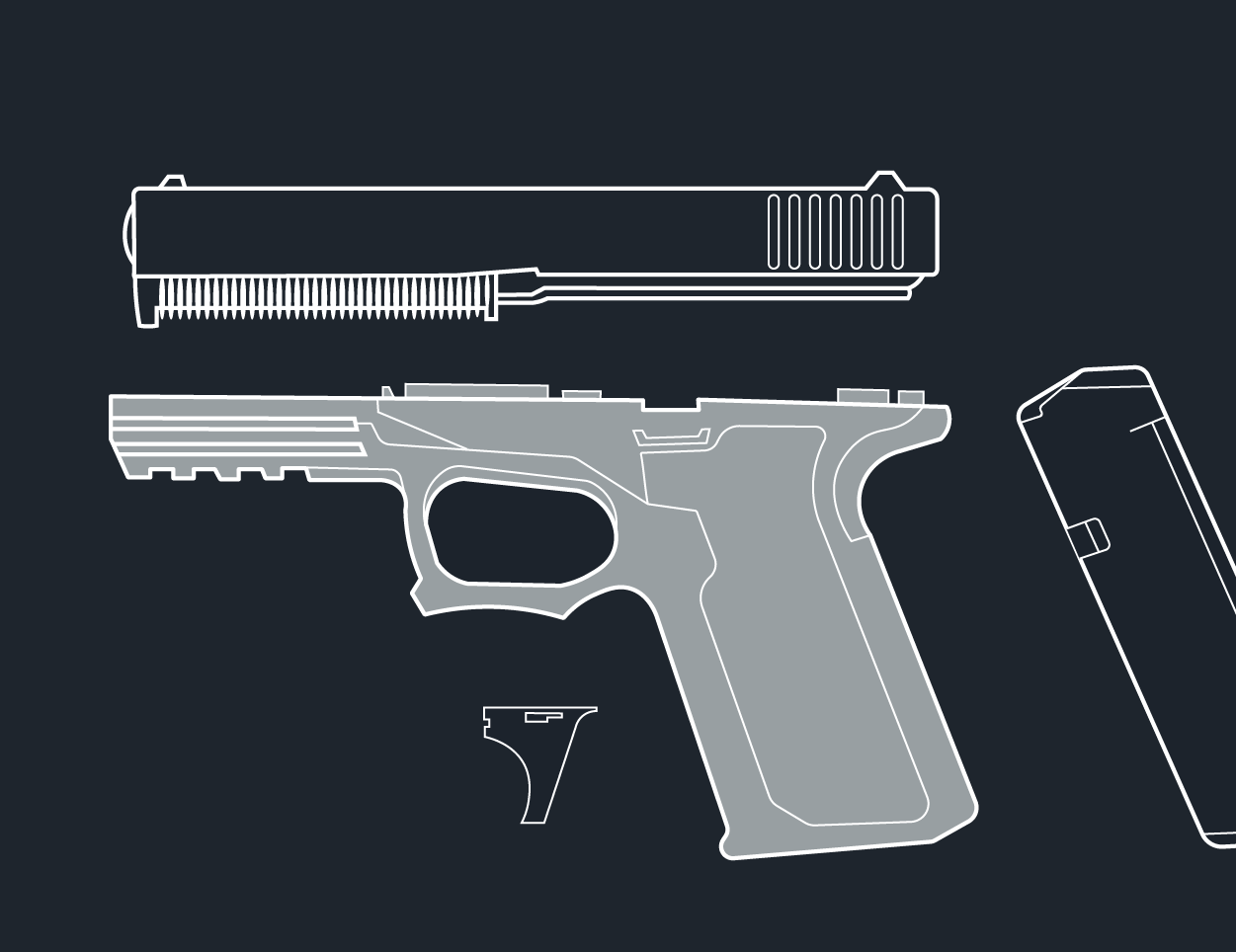 Do you remember that 1990’s Clint Eastwood movie “In the Line of Fire” where Eastwood was a Secret Service agent chasing down a would be presidential assassin played by John Malkovich? Well, one of the plot points in that movie was Malkovich’s character assembling a homemade gun in a hotel ballroom with components that made it through the metal detector since the gun components were not made of metal and were unrecognizable as gun components when disassembled.

These homemade guns do not have serial numbers or other identifying markings that make the guns traceable by law enforcement. They could be manufactured by 3-D printers or made at home using kits, sold by unlicensed dealers, and purchased without a background check. This enables individuals – even those who are prohibited from possessing a firearm – to circumvent background check laws. These ghost guns can be and often are made entirely of non-metal substances, so that they are not detected, like in the movie, by metal detectors. And quite often, they look exactly like real guns.

Sales of untraceable firearm components skyrocketed in 2020, so State Representative Valerie Longhurst and a number of other Democratic have introduced House Bill 125 that will make possessing or manufacturing “ghost guns” illegal.

Under House Bill 125, it would be illegal to:

According to HB 125, “undetectable firearm” would be defined as a firearm constructed entirely of non-metal substances or has its major components (such as the slide, barrel, cylinder, trigger group or receiver) removed, so it is not detectable by walk-through metal detectors. It also would apply to firearms that include those major components but would not generate an image that accurately depicts the shape of the component.

Criminal charges for violating parts of this proposed statute vary between Class D and Class E felonies. Class E Felonies can result in a sentence of up to five years in prison, and Class D Felonies can get up to 8 years in prison. Individuals who possess an unfinished firearm frame or receiver with no serial number would have 90 days to comply after the bill’s enactment into law.

According to Giffords Law Center to Prevent Gun Violence, eight states, including neighboring New Jersey, as well as the District of Columbia have enacted laws to at least partially address the problem of undetectable or untraceable guns.

“From closing the gun show and Charleston loopholes, to passing red flag laws, to expanding background checks, Delaware has been at the forefront of gun safety legislation,” said Rep. Longhurst. “Troublingly, individuals are constantly looking for loopholes to circumvent these laws. Ghost guns, which can be easily obtained online and built at home, are a terrifying way to bypass law enforcement, especially for people who are prohibited from possessing a firearm.

“By passing this comprehensive and common-sense bill, we’re taking an important step toward protecting Delawareans from gun violence by keeping unlicensed firearms out of the hands of criminals.”

“Over the past several years, we’ve passed important gun safety legislation to help keep our communities safe, but we have more work to do,” said Governor John Carney. “This important ghost gun legislation is thoughtful and reasonable and is intended to keep our communities safe. That’s the minimum standard our constituents expect us to meet. Thank you to House Majority Leader Longhurst for your leadership on this issue. I look forward to working with lawmakers in both parties to make our state safer.”

“Ghost guns are specifically designed to avoid detection and skirt existing law, making them a clear threat to public safety,” said Sen. Nicole Poore, the bill’s prime sponsor in the Senate.  “Delaware needs to get ahead of this rapidly evolving technology now and close this loophole once and for all. These homemade weapons can be just as deadly as other types of firearms and are potentially easier to obtain for people legally barred from owning a gun.”