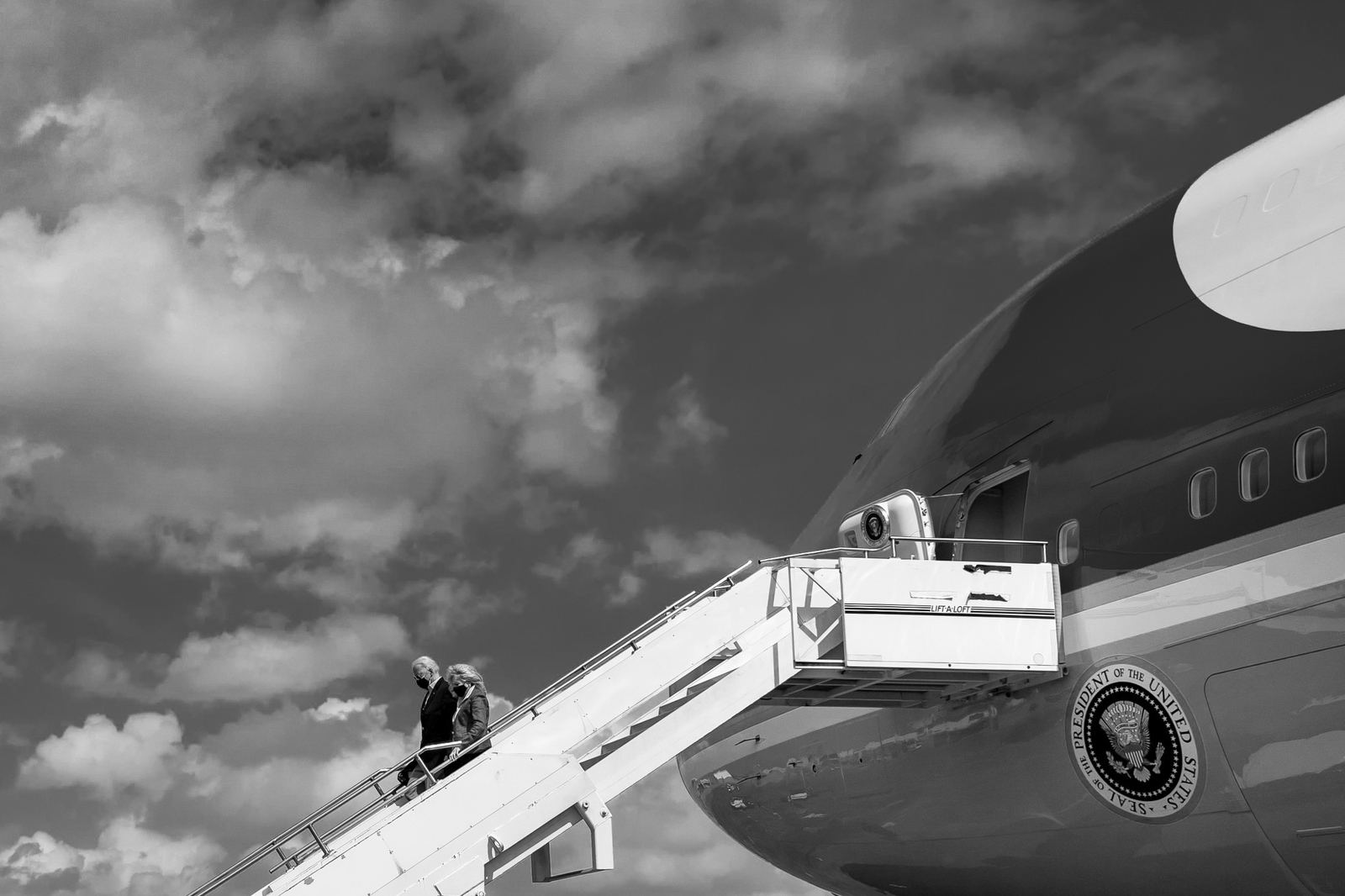 Bloomberg: “President Joe Biden is planning the first major federal tax hike since 1993 to help pay for the long-term economic program designed as a follow-up to his pandemic-relief bill, according to people familiar with the matter.

“Unlike the $1.9 trillion Covid-19 stimulus act, the next initiative, which is expected to be even bigger, won’t rely just on government debt as a funding source. While it’s been increasingly clear that tax hikes will be a component — Treasury Secretary Janet Yellen has said at least part of the next bill will have to be paid for, and pointed to higher rates — key advisers are now making preparations for a package of measures.”

The planned increases reportedly include: raising the corporate tax from 21 percent to 28 percent; increasing the income tax rate on people making over $400,000; expanding the estate tax; paring back tax preferences on pass-through businesses such as limited-liability companies; and setting up a higher capital-gains tax rate for individuals making at least $1 million.

New York Times: “Triumphant over the signing of their far-reaching $1.9 trillion stimulus package, Democrats are now starting to angle for a major political payoff that would defy history: Picking up House and Senate seats in the 2022 midterm elections, even though the party in power usually loses in the midterms.”

President Joe Biden is eyeing Gene Sperling for a role to oversee the implementation of the administration’s coronavirus relief plan, Politico reports.

Politico reports that Sen. Ben Cardin (D-MD), who serves on the committee overseeing transportation policy, was caught on a “hot mic” on Monday telling Transportation Secretary Pete Buttigieg that reconciliation will likely need to be used in order for Democrats to pass their infrastructure plans.

Following a tour of a UPS facility distributing COVID-19 vaccines to the Maryland and Washington, D.C. areas, Cardin had a “hot mic” moment with Buttigieg that was caught on C-SPAN.

Cardin was overheard telling Buttigieg that Democrats will “most likely have to use reconciliation” because Republicans will only “meet with you to a point.”

Buttigieg maintained that he is “pretty process-agnostic,” but that he wants to push infrastructure passage through and is open to ideas from lawmakers on legislation-related matters.

Reuters: “Biden and his fellow Democrats hope to expand the definition of infrastructure beyond existing transportation architecture to include items aimed at tackling climate change and its effects, echoing the $2 trillion, 10-year ‘Build Back Better’ proposal floated during his campaign.”

“That includes investments in electric vehicle charging stations, zero-emission buses and zero-carbon electricity generation by 2035, and directing dollars to minority neighborhoods and contractors, part of a pledge to increase racial equity.”

“Democrats have signaled they want to invest billions in creating and refurbishing affordable housing in any package and expand broadband internet access to all Americans, particularly in rural communities.”

Dan Pfeiffer: “Despite all of this, I am more hopeful today than I have been in a long time that Senate Democrats will eliminate the filibuster, pass H.R. 1, and save democracy. It’s very far from a done deal. There is a lot of work to do, but if you squint hard enough and read between the lines, you can see real reasons for optimism.”

Axios: “Unlike many of his other Democratic critics, Cuomo respects and likes Biden. The two men have had good relations — during the transition, there was even (far-fetched) talk that the governor would be considered as Biden’s attorney general.”

“If Biden called for Cuomo to resign, it would mean infinitely more than Senate Majority Leader Chuck Schumer’s statement on Friday. Schumer and Cuomo have years of bad blood — and the governor would never take marching orders from the Senate majority leader.”

“He’s not leaving. He’s not resigning. Not today, not tomorrow, not next week.” — A person familiar with Gov. Andrew Cuomo’s thinking, quoted by the Wall Street Journal.

“Nearly 3,000 of the unaccompanied children in Customs and Border Protection (CBP) custody had been held longer than 72 hours. CBP is legally obligated to transfer most unaccompanied minors to the Office of Refugee Resettlement (ORR), the agency which oversees shelters licensed to house children, within three days of taking them into custody.”

Playbook: “Both of these measures will pass, but the real debate behind the scenes is about Biden’s larger comprehensive overhaul, which is not getting a vote.”

David Leonhardt: “So how have Democrats nonetheless won control of the Senate, allowing them to pass an ambitious bill last week that will reduce poverty, lift middle-class incomes, cut the cost of health insurance and more? There are two main answers.”

“First, the Democratic Party has been the more popular political party nationwide for most of the past three decades, and this national edge sometimes allows it to overcome the Senate’s built-in bias. Last year, Joe Biden won the popular vote by 4.4 percentage points. That was enough for him to win exactly half of the country’s 50 states and for Democratic Senate candidates to flip seats in Arizona and Georgia.”

Charles Blow: “With the passage of the American Rescue Plan, the Democrats, alone, took another major step away from the mistakes of the Clinton legacy by increasing aid to families with children and to workers.”

As The Times reported on Saturday: “Whether the new law is a one-off culmination of those forces, or a down payment on even more ambitious efforts to address the nation’s challenges of poverty and opportunity, will be a defining battle for Democrats in the Biden era.”

“Either way, it is a distancing from the Clinton doctrine.”

Jonathan Bernstein: “President Joe Biden has not yet held a formal press conference, which has sparked a fair amount of chatter from the press corps as well as a lot of indignant defenses of Biden’s choice, at least from what I could see on Twitter.”

“So let’s get into it. Short version: Yes, Biden should keep the tradition of press conferences alive, and he’s a bit behind pace, but we shouldn’t overstate the importance of the issue.”

Adam Serwer: “The future of American democracy depends on Joe Biden’s ability to show that even when the Republican Party loses, Americans who vote Republican do not.”

Reuters: “The U.S. Congress is investigating a multibillion-dollar subsidy for chemically treated coal that is meant to reduce smokestack pollution, after evidence emerged that power plants using the fuel produced more smog not less.”

“The outcome of the probe could play a big role in whether lawmakers vote to renew the subsidy, on track to expire at the end of this year.”

“The Government Accountability Office, the investigative arm of Congress, is examining the refined coal tax credit program which generates at least $1 billion a year for U.S. corporations.”

“Economists at Goldman Sachs raised their GDP growth expectations for the U.S. economy to 8% for 2021 in a note to clients on Sunday night,” Axios reports. “Not only would 8% annual growth denote a stupendous turnaround from the coronavirus pandemic, it would significantly outpace the firm’s growth expectations for the U.S. from as recently as late 2020.”

Rep. Deb Haaland (D-NM) was confirmed as secretary of the Interior Department by a 51 to 40 vote in the Senate, making her the first American Indian to lead an agency that manages a vast portfolio of federal land and the oil and mineral wealth that lies beneath it, the Washington Post reports.

Stat News: “This television, radio, and digital advertising blitz, set to kick off within weeks, will focus on Americans outright skeptical of vaccines’ safety or effectiveness as well as those who are potentially more willing to seek a Covid-19 immunization but don’t yet know where, when, or how. Specifically, the campaign will target three groups in which access, apathy, or outright skepticism may pose a barrier to vaccinations: young people, people of color, and conservatives.”

Meanwhile, the Washington Post reports a massive Facebook study on users’ doubt in vaccines is finding that a small group appears to play a big role in pushing the skepticism.

Dan Diamond: “Participants were adamant: They all believed the coronavirus threat was real, with many having contracted it themselves or aware of critically ill friends and family, and they didn’t want to be condemned as ‘anti-vaxxers’ who opposed all vaccines.”

“Instead, they blamed their hesitation on factors like the unknown long-term effects of new vaccines, even though scientists have stressed their confidence in the products. They also accused politicians and government scientists of repeatedly misleading them this past year — often echoing Trump’s charges that Democrats used the virus as an election-year weapon and overhyped its dangers. Several said that recent political appeals to get the shot were only hardening their opposition.”

“Uncertainty about why only 75% of the House is confirmed as vaccinated against the coronavirus is fueling a debate about when the chamber can return to its normal rules of operation,” Axios reports.

“The other 25% of members have either refused to get the vaccine, have not reported getting it at home or are avoiding it because of medical conditions.”

Politico: “Warren’s expanding network in the upper echelons of the administration includes protégés who helped execute her aggressive oversight of big banks and other corporations as well as friends who share her views of the risks looming on Wall Street. But it goes beyond finance, covering pivotal posts at the Department of Education and even the National Security Council.”

“The Warren recruits mark a victory for the progressive movement, which has supported her years-long ‘personnel is policy’ campaign to chip away at the dominance of corporate insiders in setting policy for Democrats. Those who took on the fight with Warren say they’re pleasantly surprised it has produced so many results under Biden, reflecting a new emphasis on inequality and challenging corporate power. Industry lobbyists, in turn, warn that banks, private equity firms and consumer lenders should pay close attention.”