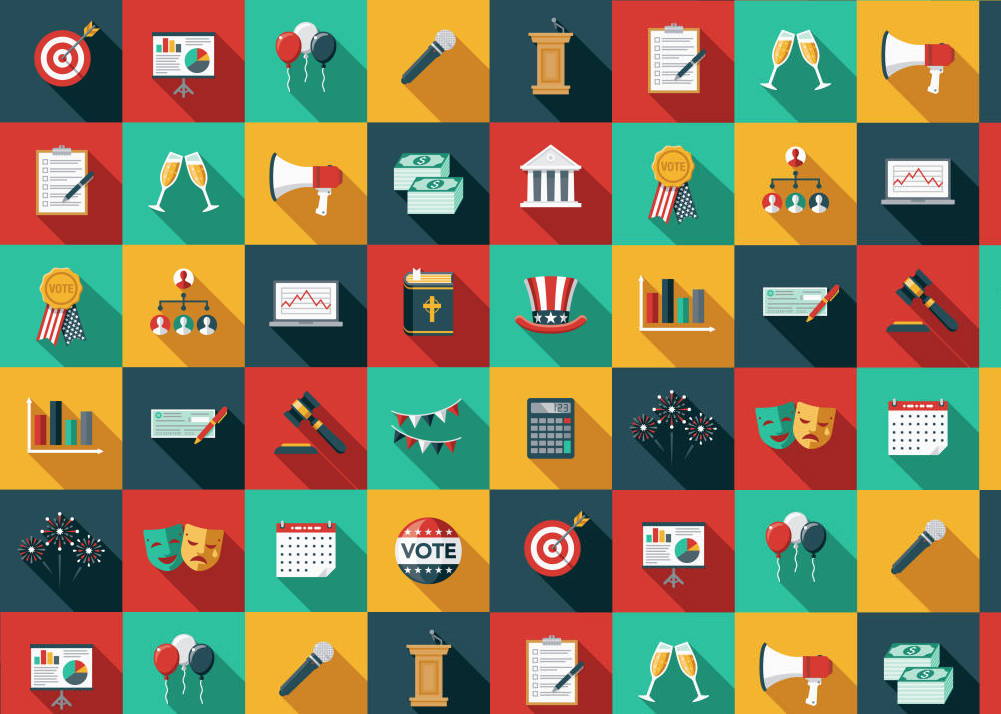 CBS News Poll: “Though ‘exhausted’ from a year-long pandemic, confidence about containing the coronavirus is hitting new highs as more vaccines roll out, and Americans say they’re also ‘grateful’ and widely optimistic about the coming months. The economy seems poised for its own shot in the arm, with Americans bullish about its prospects, both nationally and locally, and looking forward to fueling it by traveling, shopping and dining out more — once they think it’s safe.”

A new Emerson College poll  in California finds that despite 57% of Californians thinking the state is headed in the right direction, Gov. Gavin Newsom is struggling to keep his job approval above water at 42% to 40% disapproval, while 18% are unsure or have no opinion.

President Joe Biden has a favorable job approval in California, at 54% approval and 31% disapproval.

By 48% to 34%, they say he can continue to effectively do his job as governor

The Daily Beast: “Seasoned political operatives say they’ve never seen anything like it. Amanda Litman, a top fundraising aide to Hillary Clinton’s 2016 campaign, founded the nonprofit group Run For Something in 2017 to give first-time candidates for local office the tools they need to launch a campaign.”

“In the last two months, said Litman, roughly 11,000 people have registered with Run For Something to express an interest in a campaign for public office.”

Said Litman: “We saw January 2021 turn into our best candidate recruitment month yet since launching on inauguration day in 2017.”

New York Times: “The Republican Party in the era following Donald J. Trump’s presidency is comprised of five ‘tribes’ that have ranging affinity for the former president and different desires when it comes to seeing him continue to lead the party, according to a new survey by Mr. Trump’s former pollster.”

According to the survey, those “tribes” and their percentage of the party are:

Geoffrey Skelley: “So if the new normal is presidential approval ratings that don’t change all that much, is it time to abandon them?”

“Not so fast. On the one hand, we do need to recalibrate our expectations of presidential approval ratings. They’re just not going to move that much in our hyper-polarized political climate. But that doesn’t mean approval ratings aren’t a useful window into how the public broadly views a president’s performance. Or that they can’t still signal a change in political fortunes. And once we move past the presidency, approval ratings of other American leaders, such as governors, see wider ranges of support largely because partisanship isn’t quite as baked in at the state level.”

“The El Paso Democrat is considering running for governor, saying that Abbott has failed Texas during the pandemic. He later criticized his handling of the February winter storm that left millions of Texans without power and water. That has fueled speculation that O’Rourke is all but in the governor’s race, even though he’s just as likely to opt against the underdog campaign.”

Said Texas Democratic Party Chairman Gilberto Hinojosa, “Beto is out there. Julián (Castro) is out there. I’m figuring one of them is going to run. We should know pretty soon.”

“More than two dozen GOP-sponsored elections bills are under consideration in the Legislature as lawmakers seek to tighten ID requirements and voter rolls, limit early voting and up the penalties for errors. The broad interest — and a directive last month from the governor to prioritize election legislation — makes changes to Texas’ election law likely this year.”

Said Abbott: “It is a way to commit voter fraud and it cannot be allowed.”

Politico: “He backed away from creating a third party and has soured on the costly prospect of launching his own TV empire or social media startup.”

“His vow to target disloyal Republicans with personally-recruited primary challengers has taken a backseat to conventional endorsements of senators who refused to indulge his quest to overturn the 2020 election.”

“And though he was supposed to build a massive political apparatus to keep his MAGA movement afloat, it’s unclear to Republicans what his PAC is actually doing, beyond entangling itself in disputes with Republican icons and the party’s fundraising arms.”

“The lobby of the Trump Hotel in Washington — dubbed America’s Living Room after loyalists made it their favorite schmoozing ground during Trump’s presidency — has been replaced by the former president’s invite-only gilded private club, Mar-a-Lago,” USA Today reports.

“From GOP leaders to congressional lawmakers to donors to prospective political heir apparents, a steady stream of callers and wooers has steadily descended on the Palm Beach club in the past few weeks. All are falling in line in seeking Trump’s blessing and support — and money.”

“In their doing so, the question of how much clout former President Donald Trump would retain after leaving office, and how he would wield it, has been answered. In fewer than two months, Trump has established himself as the GOP’s king and queen maker — drawing to his ornate private club some of the party’s top influencers.”

“Former President Donald Trump made a surprise appearance at a campaign event this weekend for Sarah Huckabee Sanders in her run for Arkansas  governor,” Fox News reports.

New York Times: “With Albany engulfed in controversy, Lt. Gov. Kathy Hochul has sought to exude an attitude of normalcy through her carefully controlled public appearances and statements. In recent days, she has tended to local Chambers of Commerce, addressed events focused on women and deployed a stream of often-chipper, emoji-laden tweets. On Friday, she livestreamed her Covid-19 vaccination.”

“Yet as Mr. Cuomo confronts the greatest political crisis of his decade in power, it is clear that his little-known lieutenant governor has entered a new, challenging and increasingly high-profile phase of her own.”

“The partisan showdown over redistricting has hardly begun, but already both sides agree on one thing: It largely comes down to the South,” the AP reports.

“The states from North Carolina to Texas are set to be premier battlegrounds for the once-a-decade fight over redrawing political boundaries. That’s thanks to a population boom, mostly one-party rule and a new legal landscape that removes federal oversight and delays civil rights challenges.”

“It’s a collision of factors likely to tilt the scales in the GOP’s favor with dramatic impact: Experts note the new maps in the South alone could knock Democrats out of power in the U.S. House next year — and perhaps well beyond.”

GEORGIA GOVERNOR — New York Times: “In 2022, the Peach State’s race for governor is likely to include perhaps the Democratic Party’s leading champion of voting rights, Stacey Abrams, in a replay of the 2018 grudge match between her and Gov. Brian Kemp, the Republican incumbent. One of the two Democrats who won their races in January, Senator Raphael Warnock, will also have to turn around and defend his seat next year in a race that Republicans are already eyeing as they seek to reclaim the chamber.”

“Several local and national Republicans — including Mr. Trump — have tried to recruit the former University of Georgia football legend Herschel Walker to run for the seat, which could lend another wrinkle to the state’s political story, as if it needed one. Adding to the chaos, Mr. Kemp has become the target of a vendetta by Mr. Trump, who has condemned him for not doing more to deliver (or poach) victory for him in Georgia in November.”

VIRGINIA GOP — “The Republican Party of Virginia ended months of paralyzing infighting by settling on a method to choose its nominees for governor, lieutenant governor and attorney general,” the Washington Post reports.

“Members of the party’s governing board voted Friday night to make the picks at a May 8 remote-voting convention, with up to 37 polling locations across the state.”

“The vote concludes a protracted struggle within the party that some prominent Republicans have likened to a distracting ‘dumpster fire’ that overshadowed broader GOP campaign messaging.

MISSOURI U.S. SENATOR — Politico: “Eric Greitens — who resigned in mid-2018, less than two years into his term, following allegations that he sexually assaulted a woman who was not his wife — has been calling around to fellow Republicans to inform them of his deliberations, and many have come away convinced he’s running for Senate.”

“The concerns have grown so serious that former President Donald Trump and those in his orbit have heard from Republicans inside and outside Missouri, who warn that Greitens would be the one GOP candidate who could lose to a Democrat, according to a person familiar with the conversations.”