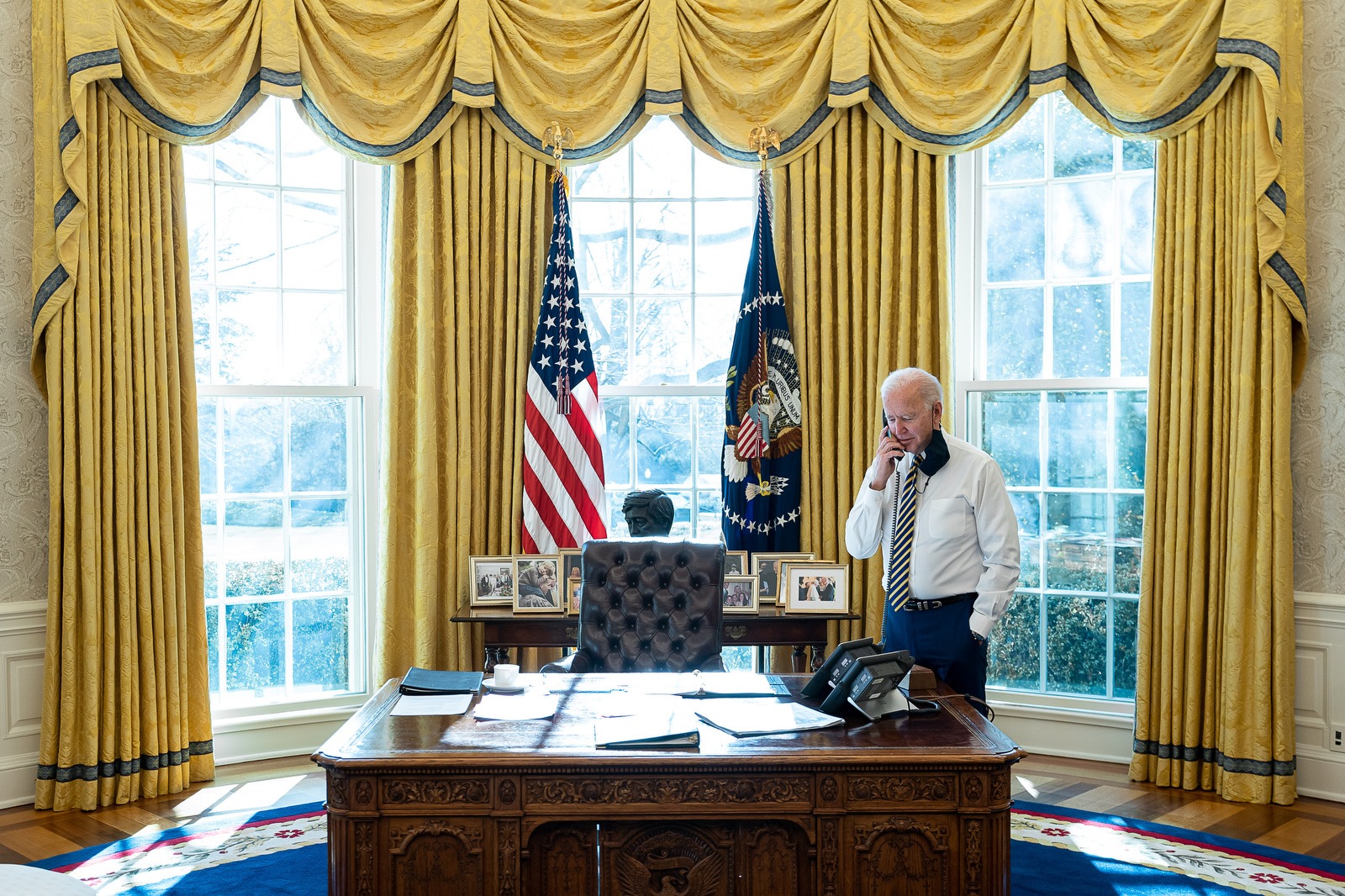 “Republicans are bashing the new $1.9 trillion pandemic relief package for further ballooning the federal debt, but it’s the Trump administration that greased the path for a smooth federal spending spree,” Politico reports.

“The Treasury has a cash pile of well over $1 trillion, which will allow the government to quickly disburse money in line with the sweeping new law, including direct checks to millions of Americans that are expected to start hitting bank accounts in the coming week. That robust rainy-day fund was built last year by then-Treasury Secretary Steven Mnuchin, who preemptively cranked up the pace of government borrowing, unsure of how and when Congress might mandate further relief measures.”

New York Times: “Items that had long seemed totally unaffordable are now well within reach. … Dan White, director of fiscal policy research at Moody’s Analytics said the total was more than quadruple what is needed to plug state and local budget holes through next summer. … Some mayors were still in shock.”

“New York’s ‘vaccine czar’ — a longtime adviser to Gov. Andrew Cuomo — phoned county officials in the past two weeks in attempts to gauge their loyalty to the embattled governor amid an ongoing sexual harassment investigation,” the Washington Post reports.

“One Democratic county executive was so unsettled by the outreach from Larry Schwartz, head of the state’s vaccine rollout, that the executive on Friday filed notice of an impending ethics complaint with the public integrity unit of the state attorney general’s office… The executive feared the county’s vaccine supply could suffer if Schwartz was not pleased with the executive’s response to his questions about support of the governor.”

Minneapolis will pay a record $27 million to settle the lawsuit brought by George Floyd’s family, the Minneapolis Star Tribune reports.  Attorneys for the family called it the “largest pre-trial settlement in a civil rights wrongful death case in U.S. history.”

Associated Press: “The standoff is part of a growing global debate over who should have access to hundreds of millions of doses of vaccine that pharmaceutical companies are churning out in the U.S. Besides generating ill will, Biden’s insistence on an excess supply for America is potentially creating new openings for geopolitical rivals Russia and China.”

“A two-dose vaccine from AstraZeneca has received emergency clearance from the European Union and World Health Organization but not from the U.S. Now America’s partners are prodding Biden to release his supply, noting that the administration has lined up enough doses of three already-authorized vaccines to cover every American adult by the end of May and the entire U.S. population by the end of July.”

Associated Press: “At an intense pace, lawmakers in Republican-governed states are considering an array of tough anti-abortion restrictions they hope might reach the Supreme Court and win approval from its conservative majority, overturning the 1973 Roe v. Wade decision that established a nationwide right to abortion.”

Philip Bump crunches the numbers and discovers that Wyoming will receive the most state aid in the American Rescue Plan per capita, followed by Vermont and Alaska. These are the three least populous states in the Union.

Playbook: “President Joe Biden just signed the first BFD of his administration — a massive Covid relief bill to boost the fortunes of everyday Americans. But you barely heard a peep about it from his own administration on the Sunday shows. Yes, Biden is hitting the road this week to sell the package. But on his way out the door, he skipped a major audience on Sunday — a day many people will actually sit back and watch something of substance, hence the gangbuster ratings for CBS’ 60 Minutes.”

HuffPost: “Amazon announced plans to stop selling all books that frame transgender and other sexual identities as mental illness, a decision it reached after four Republican senators complained to CEO Jeff Bezos last month when the company pulled a single book on the subject from its virtual shelves.”

Catherine Rampell: “For decades, the general trend in federal fiscal policy, with some limited exceptions, has been to transfer wealth away from the young and toward the old. The federal government spends about six times as much per capita on older Americans (primarily in the form of Social Security and Medicare) as it does on children.”

“Thanks to Biden’s legislation, though, the United States will see a (partial) reversal of decades of de-prioritizing kids. The covid-19 package is expected to cut overall poverty by about one-third — and child poverty roughly in half, according to an analysis from the Center on Poverty and Social Policy at Columbia University. Among the biggest beneficiaries of this law will be young children of color.”

Embattled Postmaster General Louis DeJoy said he would give himself high marks for his stewardship of the U.S. Postal Service, despite what he has acknowledged were “unacceptable” mail and package delays during the peak holiday season, CNN reports.

Said Dejoy: “I would give myself an ‘A’ for bringing strategy and the planning and effort to here.”

Politico: “The straight-talking infectious disease expert has developed an increasingly close relationship with the president, who now leans on Fauci more than any other health official to guide his pandemic response … Through dinners and White House conversations, the pair has built on a connection that began early in the Obama administration.”

“Fauci’s ascension from his longtime post leading the National Institutes of Allergy and Infectious Diseases has left newer health officials such as [CDC Director Rochelle] Walensky playing catch up. While she and other senior health experts are included in conversations with the president about the state of the pandemic, Fauci often takes the lead.”

Bloomberg: “Mitch McConnell has given his blessing to legislation to change how a vacant U.S. Senate seat would be filled in his home state of Kentucky, but it most certainly doesn’t signal an opening is contemplated, an ally of the Senate Republican leader said Friday.”

“The bill was advanced by a Kentucky House committee, leaving it one step away from clearing the GOP-dominated legislature. The measure would remove the Democratic governor’s ability to make his own choice if a Senate seat opened up. Republicans hold both Senate seats from Kentucky and wield supermajorities in both legislative chambers, giving them the votes to override any veto. Kentucky Senate President Robert Stivers, the bill’s lead sponsor, acknowledged Friday that the bill had sparked questions about the 79-year-old McConnell, who won reelection last year.”