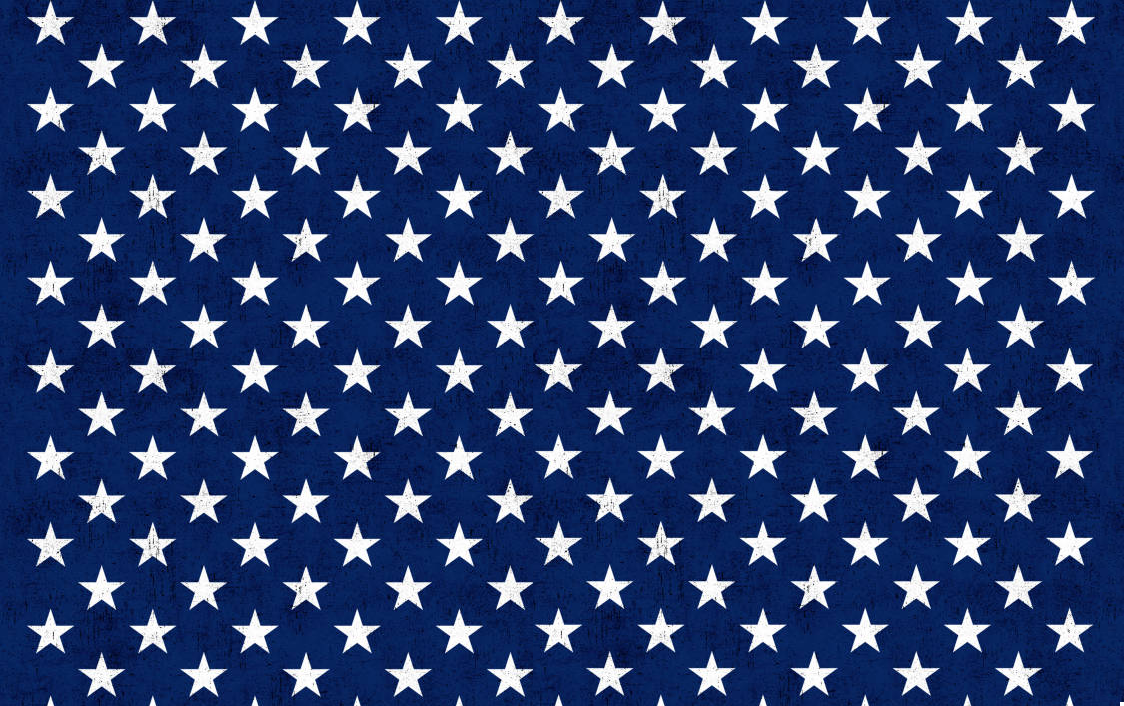 A new CNN poll finds poll 61% of America support the $1.9 trillion economic relief bill proposed by President Joe Biden and expected to pass in the House Wednesday. Biden’s overall approval rate in the poll is 51%.

A new Mason-Dixon poll in Florida finds 46% of voters think Sen. Marco Rubio (R-FL) should be reelected in 2022, while 40% don’t. No major Democrat has emerged to run against him, so the poll could only cite “a Democrat” as an alternative. Interestingly, Florida voters give President Joe Biden an upside down approval rate, 47% to 49%.

GEORGIA GOVERNOR — Ultra-Trumpist state Sen. Burt Jones is “kicking the tires” for a possible primary challenge to Republican Gov. Brian Kemp. Earlier this month it was reported that Kemp’s team was keeping an eye on him as a potential opponent. The wealthy Jones, who was booted as chair of a key committee by fellow Republicans for leading an effort to overturn last year’s election, has also been mentioned as a possibility for next year’s Senate race, when Democrat Raphael Warnock will be up for re-election.

ARIZONA U.S. SENATOR — Maj. Gen. Michael McGuire announced last week that he would retire as head of the Arizona National Guard, a move that amped up chatter that he could seek the Republican nomination to take on Democratic Sen. Mark Kelly. McGuire told Capitol Media Services that he could enter politics once his departure takes effect on April 10. Reporter Howard Fischer writes that McGuire told him that “he would have to make a decision relatively quickly” if he decides to run for office.

PENNSYLVANIA U.S. SENATOR — Real estate developer Jeff Bartos, who was the 2018 Republican nominee for lieutenant governor, announced Monday that he would run for Pennsylvania’s open Senate seat. Bartos is the most prominent Republican so far to join a primary that includes businessman Everett Stern and attorney Sean Gale, though many others are considering the race to succeed retiring Republican Pat Toomey.

Bartos spent part of 2017 running for the state’s other Senate seat and brought in about $1.3 million through the end of that September, with a bit less than half of that coming from self-funding. However, Bartos always looked like the underdog in the primary against Rep. Lou Barletta, and he announced in November that he’d run for lieutenant governor instead.

In Pennsylvania, candidates for governor and lieutenant governor run in separate primaries, but Bartos campaigned as an ardent ally of the GOP’s gubernatorial frontrunner, far-right state Sen. Scott Wagner. Bartos won the GOP nomination 47-22, but the Wagner-Bartos ticket lost that fall to Democratic Gov. Tom Wolf 58-41. Wolf’s running mate that year, now-Lt. Gov. John Fetterman, is seeking the Democratic nomination for the Senate, so it’s possible we could see a rematch of sorts between him and Bartos next year.

Sen. Mike Lee (R-UT) ripped into a massive election reform bill, saying the proposal was “written by the devil himself,” the Salt Lake Tribune reports.

Said Lee: “I disagree with every single word in HR1, including the words ‘but’ and ‘the.’ Everything about this bill is rotten to the core. It was written and held by the devil himself.”

He added: “Apparently this is an effort to ensure an institutional revolutionary Democratic Party of sorts that can remain in power for many decades to come.”

RHODE ISLAND GOVERNOR — Providence Mayor Jorge Elorza said Thursday that he was still considering running for governor even though a fellow Democrat, Lt. Gov.-turned Gov. Dan McKee, will be the incumbent next year. “I feel like we’ve had several weeks where decades have happened, and the ground is shifting so quickly,” said the mayor, adding, “Who knows how everything shakes out?”

On the Republican side, Republican National Committeeman Steven Frias mentioned 2014 candidate Ken Block as a possibility. Block took 6% under the Moderate Party banner in the 2010 general election, but he ran as a Republican in 2014 and lost that primary by a more respectable 55-45 against Cranston Mayor Allan Fung. Block considered a third campaign in 2018, but he didn’t end up going for it.

I feel like the last two items are from the Onion.

IOWA U.S. SENATOR — CNN mentions a few Democrats as possible candidates for the Senate seat currently held by Chuck Grassley, who has not yet said if he’ll seek an eighth term next year:

There is no word yet if any of these people are interested.

The only notable Democrat who has publicly talked about a Senate run is Rep. Cindy Axne, who said in January that she wasn’t ruling out a bid for the upper chamber or for governor.

MISSOURI U.S. SENATOR — Missouri Secretary of State Jay Ashcroft (R) announced he would not run for the U.S. Senate seat being vacated by the retirement of Sen. Roy Blunt (R).

Attorney General Eric Schmitt and Reps. Billy Long and Vicky Hartzler additionally confirmed they were thinking about entering the contest. Former U.S. Attorney Tim Garrison also did not rule it out, saying, “I think I’m going to keep my powder dry for the moment. I may have more to say a little bit later.”

Meanwhile, a prominent Democrat also is showing some interest in another campaign. Rep. Cori Bush tweeted Monday, “I was surprised to learn of Sen. Blunt’s retirement. I’m grateful to everyone reaching out. As always, I’m focused on how best to deliver for St. Louis.” Bush actually ran in the 2016 primary for this seat but brought in little money or outside attention and lost to establishment favorite Jason Kander 70-13. Bush went on to run an unexpectedly strong 2018 primary campaign against Rep. Lacy Clay before defeating him two years later.

Schmidt, who was elected to his third term 59-41 in 2018, entered the campaign with Trumpian rhetoric claiming, “The intolerant left with its cancel culture and big tech censorship is trying to shame and silence conservative voices.” Schmidt has also spent the last year shoring up his far-right credentials with more than just words. As the pandemic worsened last spring, Schmidt told police not to enforce Kelly’s executive order limiting the size of indoor religious services. In December, Schmidt also supported a lawsuit to overturn Joe Biden’s victory.

However, Colyer already began working to portray his would-be foe as too close to moderates with a statement reading, “I started my public service working for President Reagan, a conservative hero. Derek Schmidt worked for two US Senators – one of whom served in the Obama Cabinet and the other endorsed Barbara Bollier last year and Laura Kelly before that.”

As the Kansas City Star notes, those are references to former Sen. Nancy Kassebaum, who did indeed support Democrat Barbara Bollier’s unsuccessful 2020 campaign for her old Senate seat, and former Nebraska Sen. Chuck Hagel, who went on to serve as Barack Obama’s secretary of defense and backed Biden over Donald Trump. Schmidt, for his part, responded to Colyer’s jabs by saying that “it’s time to move forward, not backwards.”

MINNESOTA GOVERNOR –– Former state Sen. Scott Jensen, who made a name for himself last year by suggesting that medical authorities were exaggerating the threat of COVID-19, revealed Tuesday that he would campaign for the Republican nomination to face Democratic incumbent Tim Walz.

That declaration came a bit sooner than he planned, though: “Jensen announced his campaign for governor in a news release embargoed for next week, but the Star Tribune did not agree to the embargo. His campaign said he will not be commenting at this time.” The only other declared contender is Mike Murphy, the mayor of the small community of Lexington, though a number of other Republicans are considering.

Jensen, who worked as a family physician, attracted the wrong kind of attention last year even before COVID-19 became serious in the United States when he came out in opposition to mandatory vaccinations for children. Jensen went on to national infamy in April when he argued that health officials were inflating the death toll of the pandemic: When a radio host asked him why they would “skew” mortality figures, Jensen responded, “Well, fear is a great way to control people.”

Jensen revealed months later that his comments had prompted an investigation by the Minnesota State Board of Medical Practice for spreading misinformation and providing “reckless advice,” but he later said the complaints against him were dismissed. That hardly stopped Jensen from spreading more conspiracy theories, though: Jensen has released TikTok videos captioned, “Family doctor EXPOSES double masking craziness,” and “You are being played (by the CDC and WHO).”

What Republicans may care more about, though, is Jensen’s past support for gun safety measures. In 2018, Jensen joined his Democratic colleagues to support bills to increase background checks and require any firearm owners to report lost or stolen weapons.