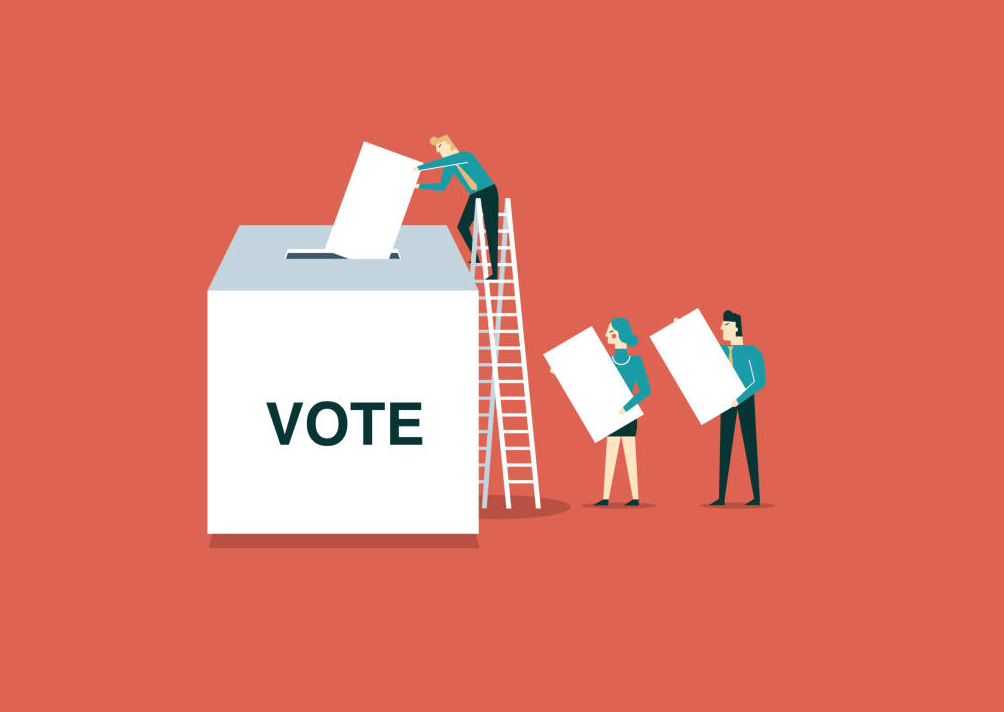 “Senate Minority Leader Mitch McConnell has compiled a short list of successors in his home state of Kentucky, preparing for the possibility that he does not serve out his full term,” Kentucky Republicans tell The Intercept.

“Under current law, the power to appoint McConnell’s replacement falls to Democratic Gov. Andy Beshear. But new legislation McConnell is pushing in the Kentucky General Assembly would strip the governor of that power and put it into the hands of the state GOP.”

MISSOURI U.S. SENATOR — In an announcement that instantly shook up Missouri’s political landscape, U.S. Sen. Roy Blunt said Monday morning he would not run for reelection in 2022, the St. Louis Post Dispatch reports. The announcement “marks yet another blow to the governing wing of the GOP,” Politico reports.

“The race to replace Blunt gives Trumpworld yet another opportunity to mold the GOP in the former president’s image. Looming large over the burgeoning primary battle is former Gov. Eric Greitens (R), who resigned in 2018 amid a torrent of personal and official scandal. But we’ve noticed Greitens reemerging in recent months, particularly on Trump-friendly media outlets, like Steve Bannon’s podcast.”

Former Sen. Claire McCaskill (D-MO on Twitter:  “To all that are asking: thank you to the many who have said kind things. But I will never run for office again. Nope. Not gonna happen. Never. I am so happy I feel guilty sometimes.”

“The Republican National Committee is denying a cease-and-desist demand from Donald Trump’s attorneys, who asked the party organization to stop using the former president’s name and likeness in fundraising appeals,” Politico  reports.

GEORGIA — “The Georgia Senate passed a bill Monday to roll back no-excuse absentee voting and require more voter ID, which would create new obstacles for voters after Republicans lost elections for president and U.S. Senate,” the Atlanta Journal Constitution reports.

“After 15 years allowing voters to cast absentee ballots without excuses, Georgia Republicans say the practice has got to go,” NBC News reports. “The Republican-controlled state Senate votes Monday on a package of legislation that would, among other things, limit mail-in voting primarily to Georgians who are elderly, disabled or out of town on Election Day — one of dozens of restrictive election-related measures under consideration in state legislatures.”

CNN: “The bill comes as Georgia has become ground zero for election law changes in the wake of the 2020 election.”

A must-read from Jelani Cobb: “Despite the United States’ reputation as the most stable democracy in the world, most of the political parties born in this country, including major ones, have ceased to exist. The Republican Party itself was built on the ruins of the Whigs, a party that broke apart in the tempests leading to the Civil War. Considering that history, it’s worth asking whether the party of Lincoln, now the party of Trump, is engaged in conflicts so intense that it will go the way of the Whigs.”

Washington Post: The “magic” Donald Trump brought to Republican politics is not a mystery.

Last June, 60% in a USA Today/Ipsos Poll described George Floyd’s death at the hands of Minneapolis police as murder; that percentage has now dropped by double digits to 36%.

The Supreme Court on Monday denied a bid by former President Trump to nullify his electoral loss in Wisconsin, rejecting the former president’s final pending appeal over the results of the 2020 election, The Hill reports.

“Former President Donald Trump is set to fulfill his civic duty as a private citizen and vote in the town of Palm Beach’s municipal election,” the Palm Beach Post  reports. “Despite his false claims about mail voting during the 2020 election cycle, Trump requested a mail ballot on Friday for the third time in his Palm Beach County voter history.”

Geoffrey Skelley: “Name recognition, or whether voters and the public writ large have heard of a candidate, is one of the most important ingredients in a presidential nomination contest. We’ve found that since the mid-1990s, the eventual nominee for each party was already pretty well known early in the election cycle (at least 80 percent of voters, on average, had heard of them more than a year out from the general election). That means interviews, articles citing them as presidential hopefuls — ahem, like this one — and coverage of hypothetical polls about the 2024 race all matter.”

“But at the same time, there’s such a thing as unwanted media attention (just ask Hillary Clinton about her emails). That’s why most candidates want to maintain a veil of uncertainty on whether they’re actually running. It keeps them in the driver’s seat. The media is interested in you, raising your national profile, but you’re not held to the same standard as an actual candidate.”

NORTH CAROLINA U.S. SENATOR — The New York Times reports that former astronaut Joan Higginbotham is considering seeking the Democratic nomination for this open seat. Higginbotham’s 2006 mission aboard Space Shuttle Discovery made her one of the first African American women to go into space, and she would also be North Carolina’s first Black U.S. senator.

Meanwhile, “[a] lifelong Republican’s decision to change party affiliations following the Capitol riot has evolved into a run for U.S. Senate,” the Raleigh News & Observer reports. Said Kimrey Rhinehardt: “I felt like I had no political home. I think I’m on a mission to create one. Not just for me but people who feel the same that I do.”

KANSAS GOVERNOR — Former Gov. Jeff Colyer didn’t quite announce on Friday that he would seek the GOP nod to regain the office he held for just under a year, but he came extremely close. Colyer revealed that he’d brought on philanthropist Mary Eisenhower, the granddaughter of the Kansas-raised Dwight Eisenhower, to serve as his campaign treasurer, a post that needs to be filled before a candidate can raise money.

Colyer also unsubtly said that Eisenhower would be joining “our campaign” in his email to supporters, which also took several shots at Democratic incumbent Laura Kelly. Eisenhower herself also wrote that the former governor was the “ideal candidate to lead us past this pandemic and into a new era of prosperity and Kansas Excellence.”

Colyer, who became wealthy as a plastic surgeon, was elected lieutenant governor in 2010 and 2014 on a ticket with Sam Brownback, and he was elevated to the top job in early 2018 when the extremely unpopular Brownback resigned to take a Trump administration post. Colyer’s tenure proved to be brief, though, as he lost the GOP primary just a few months later to Trump-backed Kansas Secretary of State Kris Kobach by 343 votes; Kelly went on to defeat Kobach that fall.

Colyer has gone further than any other Republican in preparing a campaign against Kelly, who is the only Democratic governor up for re-election in 2022 in a state that Donald Trump carried, but he’d likely once again face serious intra-party opposition. A number of fellow Republicans have been publicly or privately considering challenging Kelly, with Attorney General Derek Schmidt affirming his interest a few days ago.

PENNSYLVANIA U.S. SENATOR — Politico reports that attorney John Giordano, who worked for Donald Trump’s transition team in 2016 and has also donated heavily to his campaign, is thinking about a bid for Pennsylvania’s open Senate seat. His father, Frank, runs the Philly Pops orchestra and, noted Philadelphia magazine last year, “was once also the president of the crusty and conservative Union League,” a private social club.

ALABAMA U.S. SENATOR — Former Ambassador to Slovenia Lynda Blanchard revealed Friday that she had reserved $3 million in TV time for the spring of 2022, which makes this the earliest we can ever recall a candidate or outside group announcing a primary ad campaign. The wealthy Blanchard, though, may be hoping that, by booking a huge amount of ad time over a year in advance, she may be able to deter other Republicans from entering the nomination fight for this open seat. The GOP ad tracking firm Medium Buying reports that this reservation will start in late March of next year and last until the end of May.

Alabama TV viewers won’t need to wait until next year to see Blanchard, though, as she’s also spending $100,000 for spots that will begin the week of March 8 during March Madness 2021.