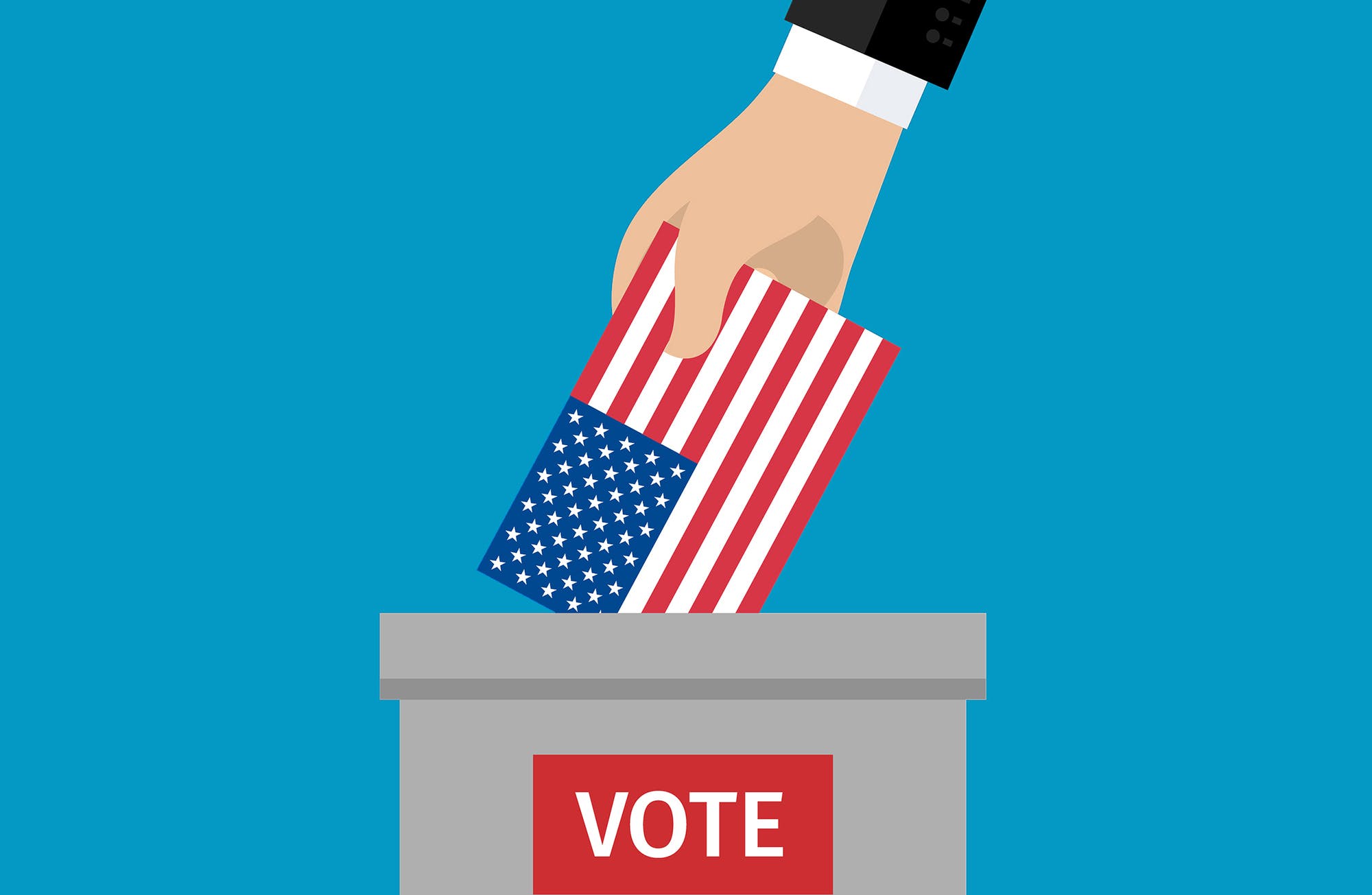 A new AP-NORC poll finds President Joe Biden is enjoying an early honeymoon, with 60% of Americans approving of his job performance thus far. Also important: 70% of Americans back the president’s handling of the virus response, including 44% of Republicans.

A new Pew Research poll finds the share of Republicans who say the effect of science on society has been positive is down 13 points since 2019 — from 70% to 57%.

Playbook: “We got ahold of a new nationwide Republican survey from Trump’s former campaign pollster Tony Fabrizio on the way-too-early 2024 GOP primary. It shows Mike Pence and Florida Gov. Ron DeSantis are essentially tied for (a distant) second place. If Trump runs in a crowded primary, he would get 51%, followed by Pence at 9% and DeSantis at 7%. (Neither man would dare run against Trump.) Of the 51% of voters who back Trump, DeSantis and Pence are tied for second choice, with 22% each. Texas Sen. Ted Cruz is in third at 19%.”

The Nation: “The right way to win is to massively invest in increasing turnout of voters of color. Obama’s campaign deployed 800 staff people to knock on doors, identify voters, and get them to the polls. Georgia has nurtured a network of community-based organizations with a presence in every county in the state. Arizona has created a coalition of dozens of organizations spanning the entire progressive spectrum from labor unions to organizations working in the Latino, African American, and Native American communities.”

“Democrats can absolutely hold, and even expand, their majority in the Senate, but it will require learning the right lessons and following the right path.”

Gray, a conservative radio host who has represented a Casper-based seat since 2017, made it no secret that he’d frame the race as a battle between an ardent MAGA ally and the congresswoman that Trump trashed again over the weekend.

“Gray is not the only hardline conservative to run against Wyoming’s incumbent. State Sen. Anthony Bouchard announced his candidacy in January.”

Bouchard, a far-right state senator who is a huge fan of two of the most extreme Republican members of the House, Marjorie Taylor Greene and Lauren Boebert, announced his own campaign back in January.

Other Cheney haters may also decide to join the fray for one of the very few congressional districts where redistricting will not be a factor in 2022, which could further split the anti-incumbent field enough for Cheney to secure renomination with just a plurality of the vote.

LOUSIANA 2ND CD — Both Democratic state senators competing in the March 20 all-party primary for this safely blue seat received a notable endorsement over the last few days. Troy Carter picked up the support of the SEIU, which joins the AFL-CIO in his corner, while Karen Carter Peterson earned the backing of the League of Conservation Voters.

Carter has released a mid-February internal survey conducted by veteran New Orleans pollster Silas Lee that finds him leading the March 20 all-party primary with 28% of the vote, which is below the majority he’d need to avoid an April runoff. The poll finds Peterson edging out a third Democrat, activist Gary Chambers, 19-6 for second place.

CALIFORNIA GOVERNOR — Republican Assemblyman Kevin Kiley, a vocal proponent of the effort to recall Democratic Gov. Gavin Newsom, isn’t so sure about running himself if the recall makes the ballot. “I’m not planning on it now,” he told Politico this week, adding that he’ll “look at how the field shapes up.”

COLORADO GOVERNOR — Businessman Greg Lopez, who unsuccessfully ran for governor in 2018, has announced that he’ll try for the Republican nod to take on Democratic Gov. Jared Polis again next year. The little-known Lopez finished a surprising second at the state GOP’s convention three years ago, which allowed him to move on to the party’s primary, but his campaign was badly underfunded and he ended up a very distant third with just 13% of the vote.

KANSAS GOVERNOR — Republican Attorney General Derek Schmidt, who’d reportedly been looking at a bid against Democratic Gov. Laura Kelly, now confirms that he’s “seriously considering” a campaign, though he did not offer a timetable for a decision.

MINNESOTA GOVERNOR / 2ND CD — Unnamed GOP operatives tell the Minnesota Reformer that Republican state Sen. Michelle Benson could be a candidate for governor next year, when Democratic Gov. Tim Walz is up for re-election, though there’s no word on whether she’s interested.

Two unnamed Republicans tell the Minnesota Reformer that state Rep. Barbara Haley could run for governor next year, or might be interested in a bid against Democratic Rep. Angie Craig in the 2nd District, depending on the outcome of redistricting.

PENNSYLVANIA GOVERNOR — The Cook Political Report adds former Lackawanna County Commissioner Laureen Cummings to the long list of Republicans who could run for governor next year, though she doesn’t appear to have said anything publicly. Cummings briefly ran for the Senate in 2012 before dropping down to challenge Democrat Matt Cartwright for what was then the newly redrawn 17th Congressional District and got smooshed.

OHIO U.S. SENATOR — The Club for Growth is once again backing its old pal, former state Treasurer Josh Mandel, as he tries for a third time to win a seat in the Senate. The Club endorsed Mandel on both previous occasions and forked out close to $1 million on his losing effort against Democratic Sen. Sherrod Brown; Mandel’s abortive 2018 bid, however, only lasted long enough for the Club to spend $27,000 before he dropped out.

If Mandel manages to last longer this time, support from the deep-pocketed anti-tax extremists at the Club could play a pretty different role. A decade ago, Mandel didn’t really have much in the way of competition in the Republican primary. Next year, however, there’s certain to be a hard-fought battle for the party’s nomination, with former state GOP chair Jane Timken already running and many others considering. The Club is arguing, naturally, that Mandel is best-positioned to win, releasing a poll from WPA Intelligence that has him up 38-6 on Timken. (The survey also included three other would-be candidates: Rep. Steve Stivers with 11%, businessman Mike Gibbons at 3, and businessman Bernie Moreno at 2.)

The latest Republican to say he might join the festivities, meanwhile, is Secretary of State Frank LaRose, who has promised a decision in two weeks.

NORTH CAROLINA 11TH CD — Buncombe County Commissioner Jasmine Beach-Ferrara just kicked off a bid against freshman Republican Rep. Madison Cawthorn, making her the first notable Democrat to do so. Beach-Ferrara, who described herself “a gay woman who’s a Christian minister” in her announcement video, won a second four-year term on the commission last year. Buncombe, which is home to the college town of Asheville, makes up about a third of North Carolina’s 11th District and is its bluest bastion. The district overall is quite red, though, it supported Donald Trump 55-43 last year.

Even though he recently filed paperwork for a rematch with freshman Republican Rep. Madison Cawthorn, Democrat Moe Davis tells Raw Story he probably won’t run again, saying he thinks it’s unlikely he can win. “The hardcore that drank the Trump Kool Aid, there’s nothing I can do to change their minds,” said Davis, who lost to Cawthorn 55-42 last year. Davis, a retired Air Force colonel, also said that he’s been inundated with death threats, adding, “I’m not going to risk getting myself killed if there’s no realistic shot at winning.”

OHIO 1ST CD — Ohio’s 1st Congressional District may already be represented by a member of his own party, but Franklin Mayor Brent Centers is eagerly trying to elbow aside Republican Rep. Steve Chabot ahead of next year’s midterms. That may not go so well, however: Centers says “my assumption and the assumption of a lot of people who are endorsing me” is that Chabot will retire, but a spokesperson for the congressman says he’s running for a 14th term and pointed to an op-ed Chabot wrote immediately after winning his second straight difficult re-election campaign in November saying he’d be on the ballot in 2022.

According to Centers, though, that hasn’t stopped a whole host of officials in his home base of Warren County from backing his would-be candidacy, which he says he plans to launch in early May. It’s possible that some of these local pols think they’re avoiding a direct conflict with Chabot because Warren could be drawn into another neighboring district, and Centers even hinted that could set him on a collision course with two other Republicans: Reps. Warren Davidson and Brad Wenstrup. But redistricting is still a long ways away, so if Centers is serious about kicking off a bid in just two months’ time, he’ll have to make it clear whether or not he’s actually going to primary Chabot.

TEXAS 6TH CD — There was a surprise less than an hour before candidate filing closed Wednesday when Dan Rodimer, who was the Republican nominee for Nevada’s 3rd District last year, filled out paperwork to run in the May 1 special all-party primary. Rodmier’s campaign didn’t come completely out of nowhere, as the Dallas Morning News’ Gromer Jeffers mentioned him as a possible contender last week, but the former WWE wrestler hadn’t said anything publicly until now.

Rodimer, whose Twitter account still listed his location as Las Vegas even as he was filing to run in the Lone Star State, said, “We need fighters in Texas, and that’s what I’m coming here for. I’m moving back to Texas.” We’ll have more about Rodimer and the rest of this crowded field in our next Digest.