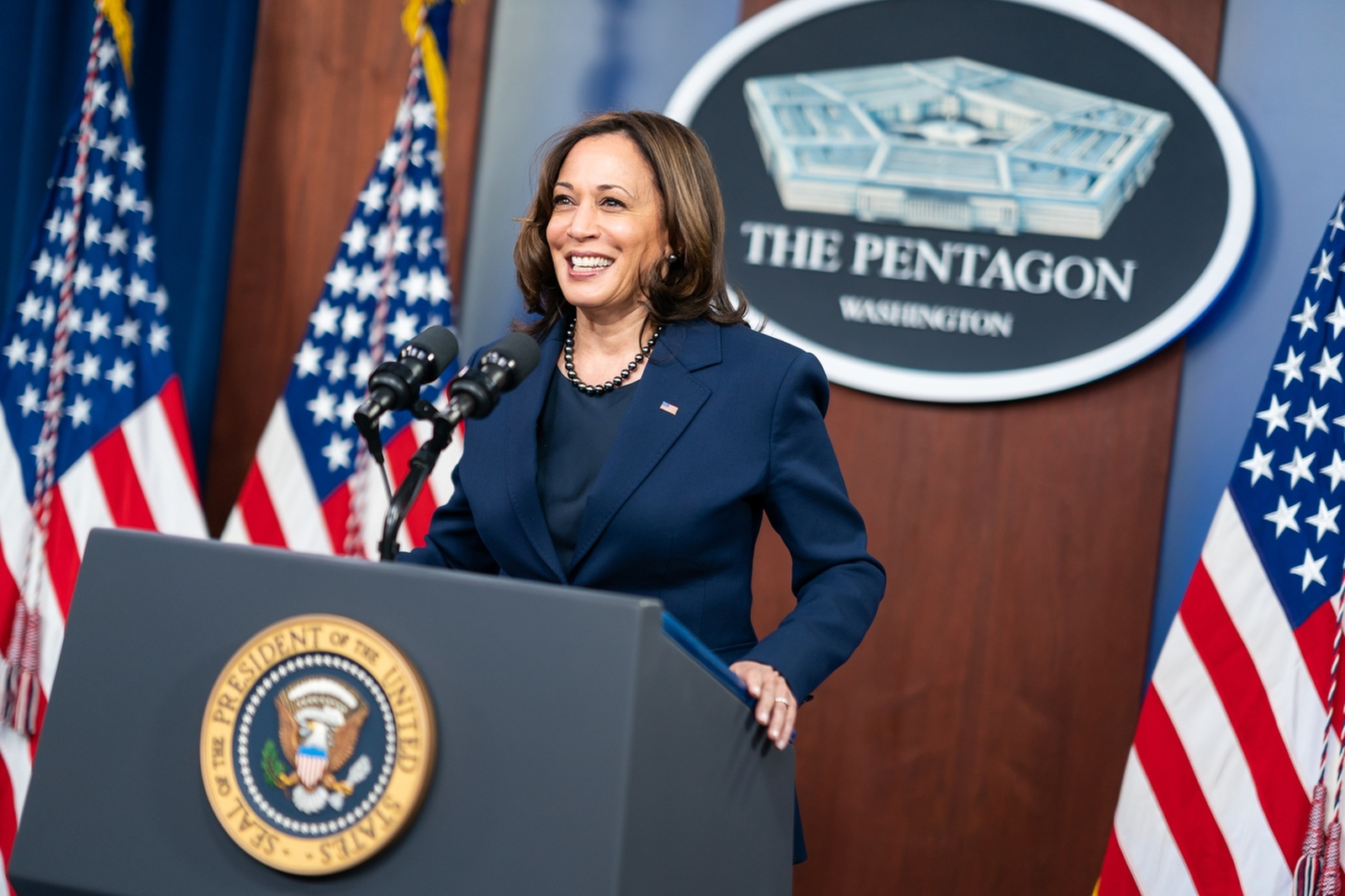 A new Monmouth poll finds 62% of Americans support the $1.9 trillion Covid stimulus package currently making its way through Congress, while 34% oppose it.

The Economist says the package is “one of the most popular bills in decades.”

“More than 20,000 North Carolina voters have left the Republican Party to become unaffiliated since Election Day, and nearly 60% of them are from suburban areas,” Axios Charlotte reports.

Ron Brownstein: “Democrats may have only a brief window in which to block these state-level GOP maneuvers. Typically, the president’s party loses House and Senate seats in the first midterm election after his victory. Democrats will face even worse odds if Republicans succeed in imposing restrictive voting laws or gerrymandering districts in the GOP’s favor across a host of red states.”

“If Democrats lose their slim majority in either congressional chamber next year, they will lose their ability to pass voting-rights reform. After that, the party could face a debilitating dynamic: Republicans could use their state-level power to continue limiting ballot access, which would make regaining control of the House or the Senate more difficult for Democrats—and thus prevent them from passing future national voting rules that override the exclusionary state laws.”

He adds: “Roughly one in ten Hispanic voters switched their vote from Clinton to Trump.”

RHODE ISALND GOVERNOR — On Tuesday, the U.S. Senate confirmed Rhode Island Gov. Gina Raimondo to serve as secretary of commerce. Raimondo resigned and was succeeded by Lt. Gov. Dan McKee, a fellow Democrat who may need to get through tough primary and general election contests in order to keep his new job.

Of immediate concern to McKee are the number of other Rhode Island Democrats who had planned to run in 2022, when Raimondo was to be termed-out, and may now decide to take on McKee. Secretary of State Nellie Gorbea reaffirmed her interest in January, while Providence Mayor Jorge Elorza and state Treasurer Seth Magaziner have both raised serious amounts of cash. A crowded field, though, would likely aid McKee in a state where conservative Democrats still retain plenty of influence in primaries.

Rhode Island, while a solidly blue state in federal elections, has also been willing to sending Republicans to the governor’s office, and a bruising Democratic primary could give Team Red a larger opening. Former Cranston Mayor Allan Fung reportedly has been mulling a third bid for office: Raimondo beat Fung only 41-36 in the 2014 open seat race, though she prevailed by a decisive 53-37 in their 2018 rematch. There has also been speculation that state House Minority Leader Blake Filippi could also campaign for governor.

“Donald Trump is telling allies he’s strongly considering another run for president in 2024 — and close advisers want him to choose someone other than former Vice President Mike Pence for his ticket,” Bloomberg reports.

Trump publicly teased at the Conservative Political Action Conference on Sunday that he’s mulling another bid for president. Privately, he’s discussed alternatives to Pence as he takes stock of who he believes stood with him at the end of his term and who didn’t.”

“Trump’s advisers have discussed identifying a Black or female running mate for his next run.”

Former Vice President Mike Pence broke his silence since Joe Biden became president with a piece in the Daily Signal about “significant voting irregularities” and officials “setting aside election law” in the 2020 presidential election.

ARIZONA U.S. SENATOR — Rep. Andy Biggs, who hasn’t previously spoken publicly about his interest in seeking a promotion to the upper chamber, confirms he’s “looking at” taking on Democratic Sen. Mark Kelly next year. Biggs, the extremist head of the far-right House Freedom Caucus, also appears to have leaked a very hypothetical primary poll that shows him leading a bunch of largely unknown potential rivals, though he didn’t offer a timetable for making a decision.

Two of the names tested in Biggs’ poll are new, though: Maj. Gen. Michael McGuire, who is in charge of the Arizona National Guard, and businessman Jim Lehman.

MISSOURI U.S. SENATOR — Disgraced former Gov. Eric Greitens, who last month declined to rule out a bid for Senate, now says in a new interview that he’s “evaluating” a possible campaign against Sen. Roy Blunt in next year’s GOP primary.

Greitens, who was pressured to leave office by members of his own party in 2018 after he was accused of sexual abuse, criticized Blunt for insufficient fealty to Trump and even attacked him for his role presiding over Joe Biden’s inauguration. However, it’s traditional for the chair of the Senate Rules Committee (which Blunt presided over until recently) to do so: In 1997, the last time the Senate and White House were held by opposite parties following a presidential election, Virginia Republican John Warner chaired the inaugural committee for Bill Clinton’s second swearing-in.

Greitens didn’t say when he might make a decision, but if he does go for it, he may not wind up squaring off against Blunt after all: While the 71-year-old senator has said he’s “planning” to seek re-election, he’s made some comments this year that suggest he might not go through with it.

ARIZONA 1ST CD — Republican state Rep. Walt Blackman recently filed paperwork with the FEC for a possible bid against Democratic Rep. Tom O’Halleran in this swingy northern Arizona seat, though he doesn’t appear to have said anything publicly about his interest yet.

Blackman, who earned a Bronze Star serving with the Army in Iraq, won a close race for the state House in 2018, which made him the legislature’s first Black Republican member. While Blackman successfully passed a bipartisan criminal justice reform bill during his time in office, he’s also made a name for himself by attacking Black Lives Matter as a “terrorist organization.” Blackman also posted a video about George Floyd on Facebook that the state representative titled, “I DO NOT support George Floyd and I refuse to see him as a martyr. But I hope his family receives justice.”

Blackman won re-election last year after another competitive contest, and he spent the next few months ardently echoing Donald Trump’s lies about election fraud. Blackman at one point even suggested that the state legislature could try to overturn Joe Biden’s victory in Arizona and instead award its 11 electoral votes to Trump, and he was one of three legislators to call for the U.S. Senate to reject the state’s electors.

Another Republican, Williams Mayor John Moore, also filed with the FEC, but he’s unlikely to make much of an impact if he gets in. The National Journal notes that Moore, whose community has a population of just over 3,000, ran here in 2020, but he ended his campaign before the primary.

Arizona’s 1st District swung to the left from 48-47 Trump to 50-48 Biden as O’Halleran was winning his third term 52-48. No one knows what the new congressional map would look like, though, especially since Republicans are continuing to do whatever they can to undermine or eliminate the state’s independent redistricting commission.

MISSISSIPPI 4TH CD — The Office of Congressional Ethics this week released a report determining that it had “substantial reason to believe” that Republican Rep. Steven Palazzo impermissibly used campaign funds for personal purposes. Investigators also uncovered evidence that the congressman had asked government aides to perform tasks benefitting his political campaigns and himself. The OCE recommended that the House Ethics Committee probe Palazzo, who has represented a heavily Republican seat along Mississippi’s Gulf Coast since 2011.

Palazzo’s campaign revealed in November that it was under investigation by the OCE for allegedly misusing nearly $200,000 in campaign funds, though his treasurer argued at the time that the congressman had done nothing wrong. The newly published report, however, highlighted what it called a “concerning pattern of campaign expenditures” to pay for rent and repairs to “a large riverfront home which Rep. Palazzo owned and rented to Palazzo for Congress as an ostensible campaign headquarters.” The OCE says its evidence “casts doubt on the extent to which the River House actually was used as a campaign headquarters.”

OCE staffers also concluded that the congressman’s brother, Kyle Palazzo, had been paid $23,000 by the campaign during the last election cycle for work that “may not have justified the salary he received.” They further “found evidence that Rep. Palazzo may have used his official position and congressional resources to contact the Assistant Secretary of the Navy in order to assist his brother’s efforts to reenlist in the military.” According to a former staffer, Kyle Palazzo “was separated from the Navy for affecting a fraudulent enlistment.”

FLORIDA GOVERNOR — Mason-Dixon is out with the first poll we’ve seen of next year’s race for governor of Florida, and it finds Republican incumbent Ron DeSantis leading two Democrats who are considering taking him on. DeSantis bests state Agriculture Commissioner Nikki Fried 51-42, while he enjoys a slightly-larger 52-41 edge against Rep. Charlie Crist.

WISCONSIN U.S. SENATOR — Democratic Rep. Ron Kind said on Friday that “down the road, I’m sure we’ll be taking a look at” a possible bid for Senate, but don’t expect him to actually go through with it.

Kind, who was first elected to the House in 1998, has regularly considered campaigns for higher office but has never gone through with it, making him something like the Tim Ryan of Wisconsin. In 2017, he considered a run for governor but opted out; in 2015, his name came up as a potential Senate candidate but he never went for it; in 2013, he initially wouldn’t rule out a gubernatorial bid but nothing came of it; he did the same thing in 2011 when the Scott Walker recall began bubbling up; he also said nix to a Senate bid that same year; he passed on a campaign for governor in 2009; and he likewise pulled his name out of contention for governor in 2001.

WASHINGTON 3RD CD — Republican leaders are demanding that Rep. Jaime Herrera Beutler (R-WA) resign after she voted to impeach Donald Trump and vowed to find a replacement for her in 2022 if she doesn’t, the Longview Daily News reports. The goal, say party leaders, is “anybody but Jaime.”

MARYLAND 1ST CD — Foreign policy strategist Dave Harden announced this week that he would seek the Democratic nomination to take on Republican Rep. Andy Harris in Maryland’s 1st District, a conservative seat that the Democratic legislature could dramatically redraw in the upcoming round of redistricting. Harden, who says he intends to “run down the middle,” will face off in the primary against former Del. Heather Mizeur, who unsuccessfully ran for governor in 2014 as a progressive.