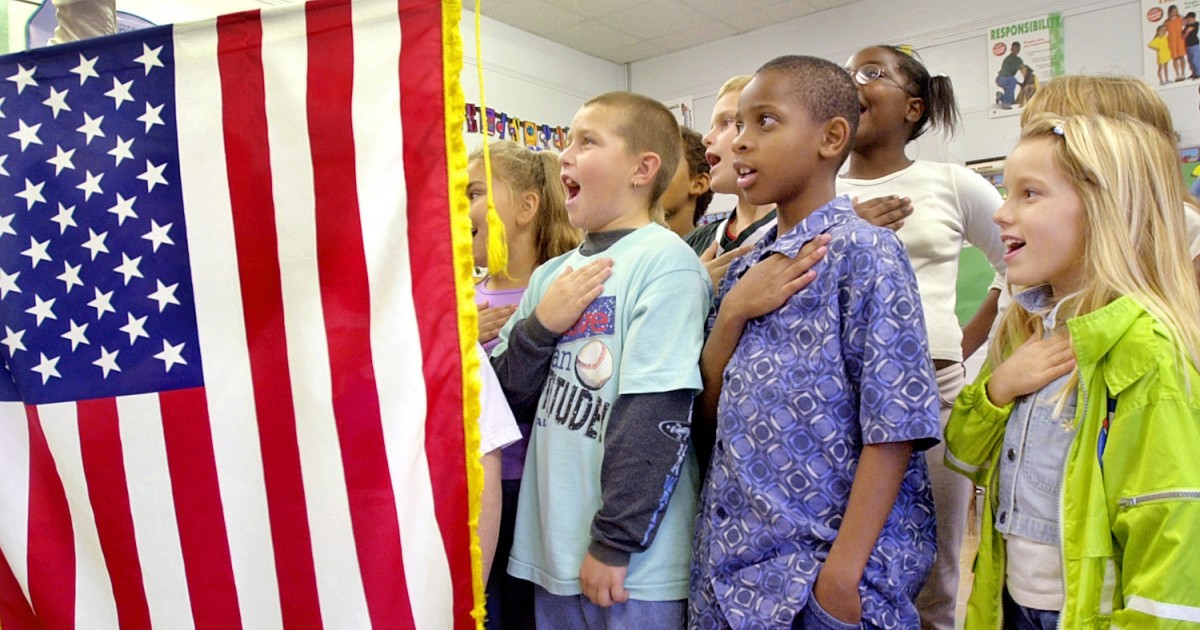 House Bill 107 is definitely one of those bills that Conservatives will be outraged about, even though it would protect the freedom of students, and Conservatives are supposed to like Freedom, as Ted Cruz’s screams at CPAC would indicate. And yet, we all know that Conservatives don’t care about freedom. They do not care about the First Amendment right to self expression, and would rather mandate loyalty oaths, as they demonstrated at CPAC in their bowing to their Dear Leader.

Apparently, in the Delaware State Code as we speak is a law that mandates students and teachers “salute and pledge allegiance to the American flag,” and failure to do so results in a $50 fine or a prison sentence of up to 10 days for teachers who don’t force their students to stand and recite the pledge each day.

This practice, and a similar law, was found unconstitutional by the U.S. Supreme Court in 1943 in West Virginia State Board of Education v. Barnette.

That is what we call Freedom.

But what Republicans, Trumpists and Conservatives want is Authoritarian Nationalism, where the state forces you to declare your loyalty or risk punishment.