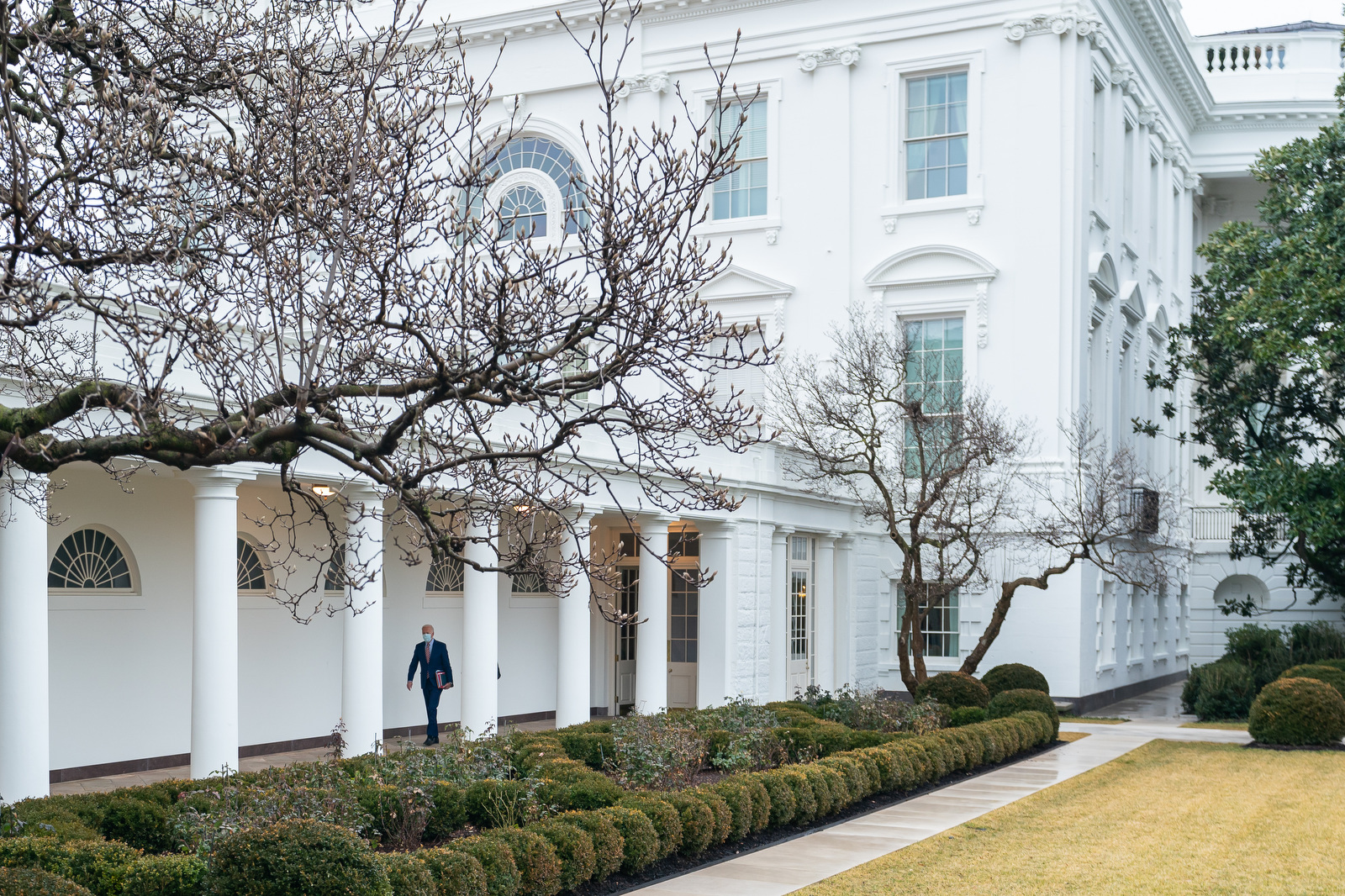 “The Biden administration has faced some criticism, notably an editorial in the Washington Post, that the president should have been tougher on the crown prince, who was not sanctioned despite being blamed for approving Khashoggi’s murder.”

Washington Post: “The court on Tuesday will review the shield provided by the Voting Rights Act (VRA), first passed in 1965 to forbid laws that result in discrimination based on race.”

“The cases at the Supreme Court involve two voting regulations from Arizona that are in common use across the country. One throws out the ballots of those who vote in the wrong precinct. The other restricts who may collect ballots cast early for delivery to polling places, a practice then-President Donald Trump denounced as ‘ballot harvesting.’”

“But the greater impact will be the test that the increasingly conservative court develops for proving violations of the VRA, as new laws are proposed and state legislatures begin redrawing congressional and legislative districts following the 2020 Census.”

“At least 18 people were killed in Myanmar on Sunday, the United Nations said, as security forces began their toughest crackdown yet against protesters who have taken to the streets every day for more than three weeks to oppose this month’s coup, signaling the military’s growing willingness to use lethal force despite international condemnation of its actions,” the Wall Street Journal reports.

Rep. Adam Kinzinger (R-IL) told The Atlantic there would have been 150 Republican votes in the House of Representatives to impeach Donald Trump after the Capitol insurrection if it had been a secret ballot.

Instead, there were only 10.

“Led by loyalists who embrace former President Donald Trump’s baseless claims of a stolen election, Republicans in state legislatures nationwide are mounting extraordinary efforts to change the rules of voting and representation — and enhance their own political clout,” the New York Times reports.

“At the top of those efforts is a slew of bills raising new barriers to casting votes, particularly the mail ballots that Democrats flocked to in the 2020 election. But other measures go well beyond that, including tweaking Electoral College and judicial election rules for the benefit of Republicans; clamping down on citizen-led ballot initiatives; and outlawing private donations that provide resources for administering elections, which were crucial to the smooth November vote.”

Minnesota Public Radio: “North Dakota has lots of coal. It also has strong and consistent winds. It might be the perfect spot to showcase the long-awaited ‘energy transition’ from climate-warming fossil fuels to climate-saving renewables.”

“Yet that transition has hit a snag. Two counties in the state have enacted drastic restrictions on new wind projects in an attempt to save coal mining jobs, despite protests from landowners who’d like to rent their land to wind energy companies. It’s a sign of how difficult that transition can be for communities that depend on coal for jobs and tax revenue.”

“Gov. Andrew Cuomo on Sunday retreated from his plan to have a former federal judge, who has close ties to one of the governor’s closest allies, investigate claims against him of sexual harassment,” the New York Times reports.

New York Attorney General Letitia James’ (D) office said that she did not accept an earlier statement from Gov. Andrew Cuomo’s (D) office proposing that she and the state’s chief appeals judge appoint an attorney to investigate sexual harassment allegations against him, The Hill reports.

Said James: “To clarify, I do not accept the governor’s proposal. The state’s Executive Law clearly gives my office the authority to investigate this matter once the governor provides a referral.”

Karen Tumulty: “It is starting to look as if the question will soon be not if but when New York Gov. Andrew Cuomo will be forced to resign…”

“The governor, who until all of this began unraveling was seen a one of his party’s top presidential prospects for 2024, is up for reelection next year and may seek to move past all of this by declaring he will not run again. But I doubt that will be enough.”

Playbook: “Three people close to Trump tell me that he’s stewing anew over Kevin McCarthy. It’s become so frequent that his advisers think the House minority leader may be in for a public reprimand. That’s even after the powwow at Mar-a-Lago where McCarthy tried to patch things up after he denounced Trump for the violence on Jan. 6.”

“The reason for Trump’s displeasure: an emboldened Cheney.”

“Each time Cheney criticizes Trump from her leadership post as the No. 3 House Republican, he’s reminded that it was McCarthy who pleaded with his conference to keep her on as chair — despite her vote to impeach Trump.”

“The national battle over voting restrictions was, for one sluggish February afternoon, waged in a cramped hearing room of Arizona’s House of Representatives. Separated by plexiglass barriers, Republican lawmakers steadily plowed ahead on bills that, put together, could make it harder for Arizonans to vote,” the Los Angeles Times reports.

“Similar scenes are playing out in statehouses across the country, with a barrage of voting restriction measures snaking through the legislative process.”

“Leading the way is Arizona, which has seen dozens of bills introduced this year, the most of any state.”

“States should maintain Covid-19 restrictions such as mask wearing and capacity limitations as case numbers halt their decline, the head of the U.S. Centers for Disease Control and Prevention said Friday, citing the circulation of new variants and infection rates that remain alarmingly high,” Bloomberg reports.

“The North Dakota Senate this week passed a bill which aims to forbid election officials from disclosing how many actual votes are cast for each candidate in upcoming presidential elections,” Law & Crime reports.

“The total tallies would only be disclosed after future Electoral Colleges convene to select an official victor.”

“Ben Sasse is about to be censured by the Nebraska GOP for his antagonistic stance toward Donald Trump — again. But he doesn’t care,” Politico reports.

“As Sasse’s fellow Republican critics of Trump fret over blowback from a base that demands loyalty to the ex-president, the senator isn’t even trying to dissuade those seeking to punish him.”

Sasse conceded in an interview: “I assume I’m going to be censured on Saturday, but I haven’t spent any time to talk anybody out of it.”

“Nebraska’s most politically involved Republicans, many of whom have been itching to give Sen. Ben Sasse (R-NE) a piece of their mind, sent him a message on Saturday,” the Omaha World Herald reports.

“But the Nebraska Republican Party stopped short of formally censuring Sasse. Instead, core activists on the GOP’s State Central Committee passed a resolution attacking Sasse’s work as a senator.”