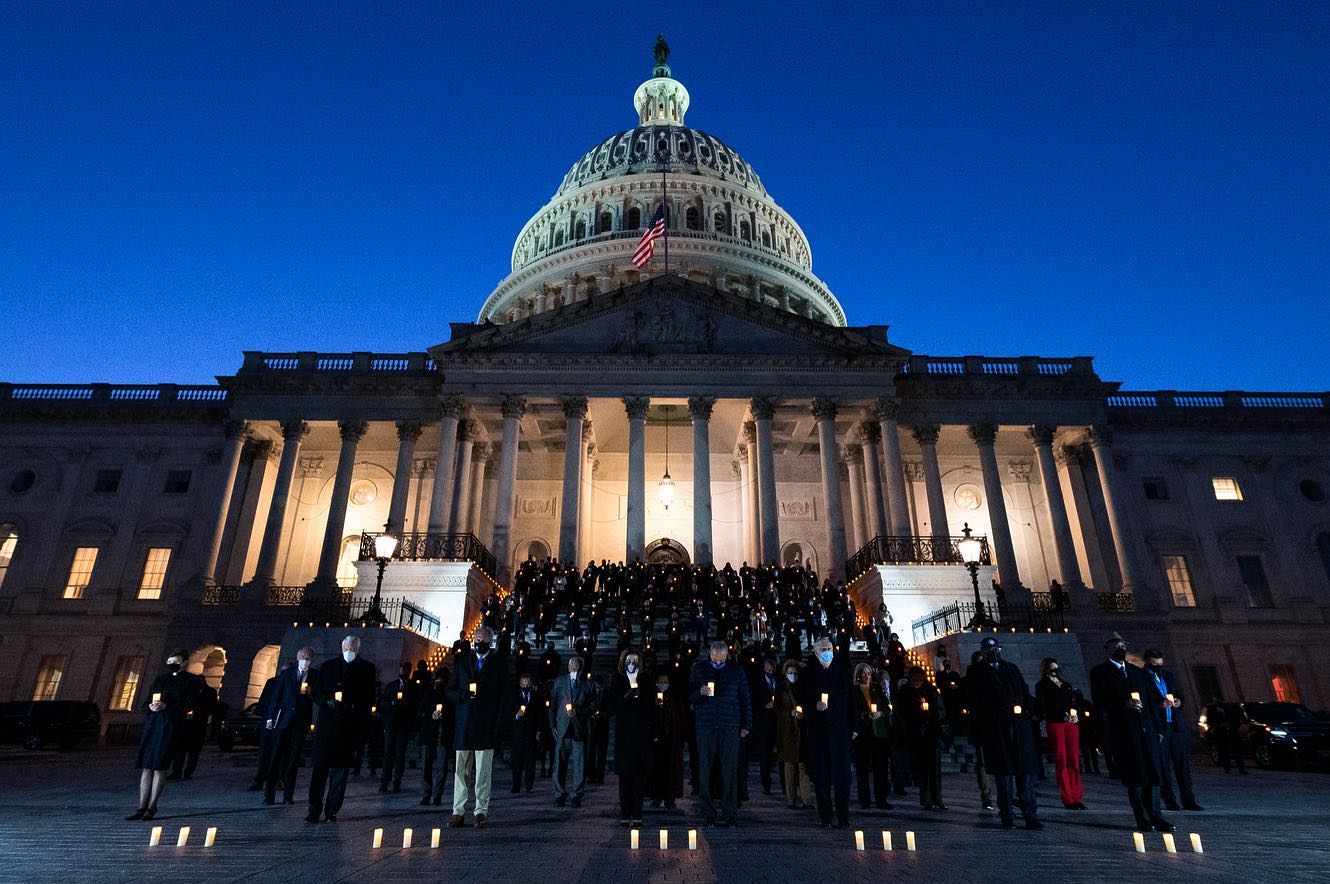 “The plan would impose tax penalties on large companies that aren’t paying the higher wage Democrats seek and create tax incentives for small companies to do so. Democrats hope the chamber’s parliamentarian would allow them to include the modified plan in the coronavirus relief package.”

Harry Enten: Why Democrats should still fight for a $15 minimum wage.

“The early ambitions of Joe Biden’s presidency are quickly running into the guardrails of archaic Senate rules, testing his willingness to remake an institution he reveres to fulfill many of the promises he has made to Americans,” the AP reports.

“It’s a wonky, Washington dilemma with real-world implications for millions of people, determining everything from the future of a minimum wage hike to voting access. It will also shape Biden’s ability to keep two restive wings of the Democratic Party united: swing state moderates wary of the appearance of effectively giving up on bipartisanship and more progressive Democrats who argue that Republicans aren’t coming along anyway.”

“House Republicans were furious over the summer when the House made unpresented changes allowing lawmakers to designate a proxy and vote on their behalf amid traveling concerns due to the COVID-19 pandemic,” USA Today reports.

“They held news conferences. They lobbied their members against using the proxy function. House Republican leadership even led a lawsuit over the change, calling it unconstitutional.”

“But now it appears quite a few members of the GOP have changed their tune. And a host of Republicans designated proxies, each citing the ‘ongoing public health emergency,’ to travel to Florida for the Conservative Political Action Conference.”

New York Times: “In a significant breakthrough in the case, investigators have now pinpointed a person seen on video of the riot who attacked several officers with bear spray, including Officer Brian Sicknick.”

“And video evidence shows that the assailant discussed attacking officers with the bear spray beforehand.”

Associated Press: “Facing damning evidence in the deadly Capitol siege last month — including social media posts flaunting their actions — rioters are arguing in court they were following then-President Donald Trump’s instructions on Jan. 6. But the legal strategy has already been shot down by at least one judge and experts believe the argument is not likely to get anyone off the hook for the insurrection where five people died, including a police officer.”

Washington Post: “Starting Monday, the White House’s press office said it will start charging journalists for coronavirus tests, which are required for anyone entering the White House grounds. The proposed cost for each test: $170. With dozens of journalists at the White House each day, the fees could add up to tens of thousands of dollars flowing from newsrooms, many of them small and cash-strapped, into government coffers.”

“Until now, the cost of testing has been borne by the White House. But officials there contend that the cost of maintaining the testing regime for nearly a year has strained its budget. So it wants to shift the burden onto news organizations: No test, no entry to the White House.”

“Ever since the Affordable Care Act became law in 2010 — a big deal, in the (sanitized) words of Vice President Joe Biden — Democrats have itched to fix its flaws,” the New York Times reports.

“But Republicans united against the law and, for the next decade, blocked nearly all efforts to buttress it or to make the kinds of technical corrections that are common in the years after a major piece of legislation.”

“Now the Biden administration and a Democratic Congress hope to engineer the first major repair job and expansion of the Affordable Care Act since its passage. They plan to refashion regulations and spend billions through the stimulus bill to make Obamacare simpler, more generous and closer to what many of its architects wanted in the first place.”

Washington Post: “In less than two months, lawmakers in at least eight states have taken formal steps to support or oppose D.C. becoming the 51st state, an unprecedented nationwide response to a once-fledgling movement now surging with momentum in Washington.”

Jennifer Rubin: “The problem is that the GOP has transformed into a cult of the person who instigated the attack, fed propaganda to radicalize his party and refused to denounce white supremacists. The party is thus terrified of recognizing that the problem of violent white supremacists is intrinsically linked to the disgraced former president and his accomplices.”

BuzzFeed News “spoke with more than three dozen people, including more than two dozen former students, their friends, and their relatives, who described or corroborated instances of sexual harassment and misconduct on campus, in Cawthorn’s car, and at his house near campus.”

Washington Post: “The story of Cawthorn’s rise is, by any measure, an extraordinary accomplishment at a young age by a man who suffered a horrific injury. But an examination by The Post of how he ascended so quickly shows how even one of the most neophyte elected Republicans is adopting the Trump playbook, making false statements about his background, issuing baseless allegations about voter fraud and demonizing his political opponents.”

“A faction of local, county and state Republican officials is pushing lies, misinformation and conspiracy theories that echo those that helped inspire the violent U.S. Capitol siege, online messaging that is spreading quickly through GOP ranks fueled by algorithms that boost extreme content,” the AP reports.

“In a swift reversal from 90 days ago, Democrats are now the ones with overpowering social media muscle and the ability to drive news,” Axios reports.

“Former President Donald Trump’s digital exile and the reversal of national power has turned the tables on which party can keep a stranglehold on online conversation.”

“A pickup truck parked at the United States Capitol and bearing a Three Percenter militia sticker on the day of the Jan. 6 riot belongs to the husband of freshman U.S. Rep. Mary Miller of Illinois, who approvingly quoted Adolf Hitler a day earlier,” the Daily Beast reports.

“The presence of a vehicle with a militia decal so close to the Capitol, inaccessible to normal vehicle traffic, raised questions about how it got there—and whether it belonged to any of the hundreds of suspects involved in the deadly riot.”

Sen. Sherrod Brown (D-OH), writing for NBC News: “We save democracy for today, and for the next century, by making government work; by showing people in the most meaningful way that their votes matter, and that their votes count.”

“And right now, that means a wartime-level mobilization to get Americans vaccinated and get our country through this pandemic. The best chance for our democracy lies not with the vain hope that Republican leaders will grow spines, but with Democrats’ ability to show Americans that they do not have to settle for a government that’s set up to fail.”

“The Republican National Committee complained on Thursday that President Joe Biden has not kept his promise to reopen most schools in the first 100 days of his presidency. He has only been on the job for 36 days,” the American Independent reports.

From the now-deleted tweet: “On the campaign trial [sic], Biden promised to reopen schools within his first 100 days in office. But that is just another promise that President Biden hasn’t kept.”