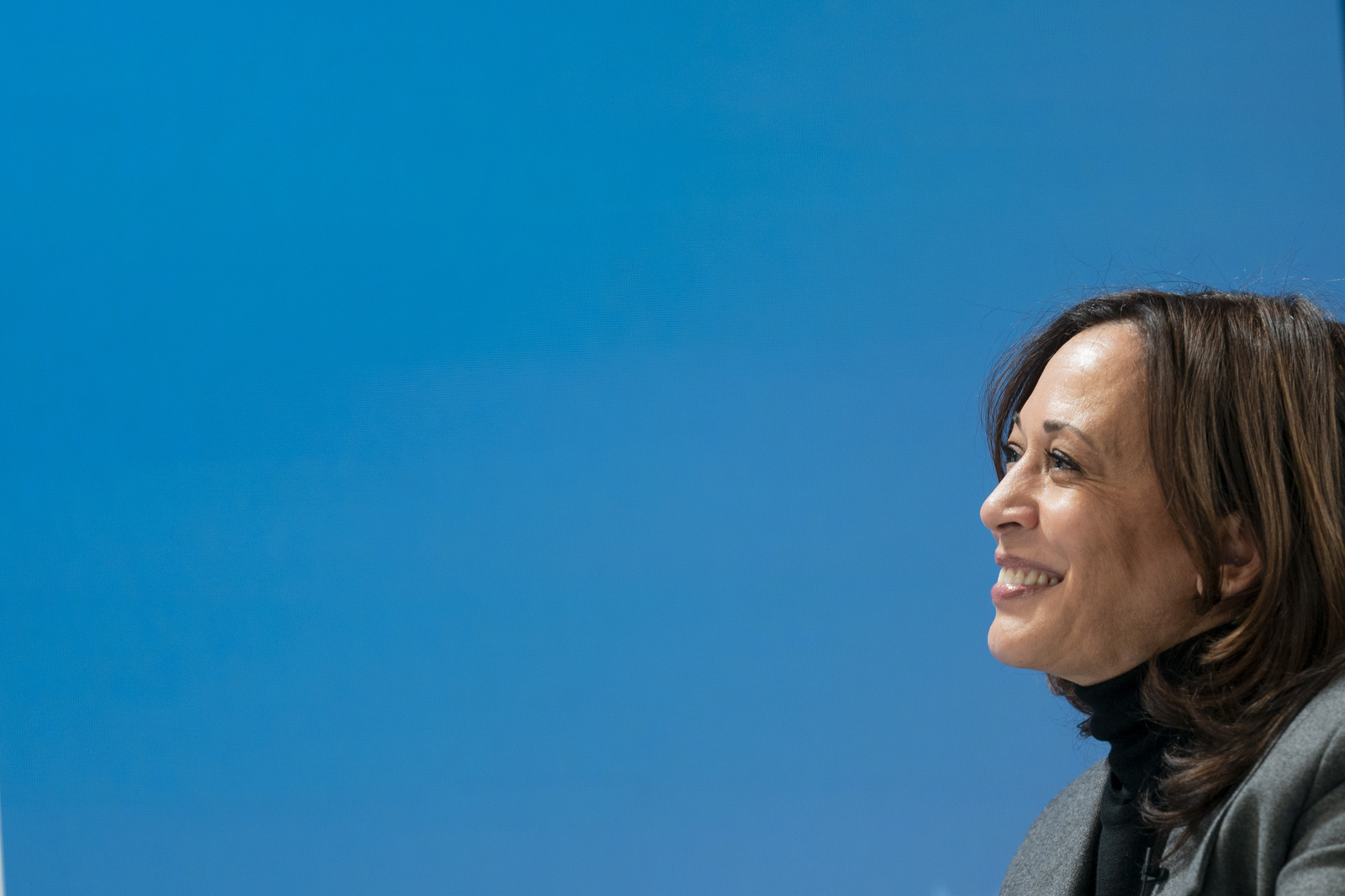 A new NBC News analysis of presidential results in every county in the U.S. finds that “three Atlanta-area suburban Georgia counties — Gwinnett, Henry and Rockdale — increased their Democratic vote share between 2008 and 2020 by more than any other counties in the country.”

VIRGINA GOVERNOR — “After months of disagreement, the Virginia Republican Party’s governing body agreed Tuesday night on a method to nominate statewide candidates for the November election. They’ll hold a drive-up convention May 8 on the campus of Liberty University,” the Richmond Times Dispatch reports.

“The decision followed feuds among members of the party’s State Central Committee, who had opted for a convention to nominate candidates for governor, lieutenant governor and attorney general. But such a gathering would be illegal under Virginia’s COVID-19 rules.”

“They plan to use ranked-choice voting, so delegates would fill out one ballot and list their choices.”

Virginia Republicans voted last night to hold a drive-through convention at Liberty University to nominate their 2021 statewide candidates, but according to the Lynchburg News & Advance, they didn’t get Liberty’s permission to use their parking lot first, sowing even further confusion over how Republicans will pick their nominee.

Former Gov. Terry McAuliffe earned an endorsement from AFSCME on Monday ahead of the June Democratic primary.

“Her bombshell report about how the coronavirus rocked New York’s nursing homes focused on the issue Cuomo rode to a heightened national profile during the past year. James also has targeted Donald Trump with an investigation into his real estate empire, as well as Facebook, Google and the National Rifle Association.”

Rep. Tom Reed recently told Politico that he was considering seeking the Republican nomination to take on Democratic Gov. Andrew Cuomo. The site adds that, while Reed hasn’t committed to anything, “several Republican operatives said they are all but planning on his candidacy.”

Another Republican has been campaigning for this post since June of last year, but Michael Carpinelli, who serves as sheriff of sparsely populated Lewis County in the far northern part of the state, has yet to attract much attention.

The Times Union reports that two of the Trumpiest members of New York’s House delegation, Reps. Lee Zeldin and Elise Stefanik, are among the Republicans who “have within the last few weeks either personally said they’re considering a run, or have taken steps viewed by other members from their party as prelude to a potential bid for the governorship.”

There’s no quote from either representative about their interest in taking on Democratic Gov. Andrew Cuomo, though the paper adds that Zeldin recently paid for a poll testing his prospects. A separate report from Fox also said that Zeldin was listening to Republicans encouraging him to get in.

Stefanik’s name surfaced last November, and while she didn’t completely rule out the idea, there weren’t any indications that she was seriously thinking about it. However, one unnamed GOP operative in Stefanik’s seat in the northernmost part of the state recently told the Times Union, “I know people who know her family pretty well, and a couple of them have told me that she wants to run for governor.” Other Republicans interviewed for that story, though, doubted that she’d want to give up her conservative seat in the state’s North Country for a very risky campaign in this very blue state.

The Times Union also mentions wealthy businessman Harry Wilson as a potential GOP candidate, though there’s no word on his interest. Wilson lost the 2010 campaign for comptroller to appointed incumbent Thomas DiNapoli 51-46, which is the closest any Republican has come to winning statewide since 2002. Wilson spent months considering a campaign against Cuomo for 2018, but he ended up sitting the contest out.

Sewell addressed the lack of African American women in the Senate following Kamala Harris’ election as vice president, saying, “Black women have helped deliver Biden to the White House. We helped deliver Sen. Doug Jones to the Senate, and I do believe we deserve a seat at the table.” She also argued, “I disagree with the premise that somehow Alabama is not, we cannot turn Alabama blue like we did Georgia. The reality is that we can expand the electorate.”

Sewell said she expects to make a decision “very soon” about whether she will run for the Senate, The 19th reports. “Sewell is the first Black woman elected to Congress from Alabama and the only Democrat in the state’s House delegation.”

“As DeSantis quickly becomes the national conservative media’s favorite governor and basks in recent polling that his approval rating is above 50 percent, the state’s agriculture commissioner is trying to increase her profile ahead of a likely gubernatorial run. She’s hired a top-tier Democratic consultant, is plotting high-profile attacks on DeSantis and growing her presence both on social media and national cable shows.”

“The jockeying as DeSantis’ star rises suggests that Fried, Florida’s only statewide elected Democrat, is trying to solidify herself as her party’s best shot at knocking off DeSantis in 2022, an election cycle that is expected to feature a crowded Democratic primary field.”

Democratic state Sen. Jason Pizzo announced Monday that he would run for re-election next year rather than challenge Republican Gov. Ron DeSantis.

“Murphy, 42, has been elected three times to one of Florida’s most competitive congressional districts in Orlando, and first won the seat by knocking out 12-term incumbent GOP Rep. John Mica when few thought she could. It was a giant-killer act that Democrats hope she can repeat if she takes on Rubio, widely seen as a hard-to-beat incumbent.”

IOWA U.S. SENATOR — Sen. Chuck Grassley (R-IA) said he expects to make a decision about whether to seek re-election “sometime in September, October or November’ of this year, the Des Moines Register reports. Said Grassley: “That’s plenty of time to make up my mind. And in the meantime, I’ve got a job working for Iowans. I love my work. I’m working hard.”

Earlier this month, Grassley said a decision would be coming within “several weeks.”

On the Democratic side, education advocate Shawn Lassiter announced this week that she was ending her campaign for the Fort Worth City Council to run here instead. Sociologist Lydia Bean announced Wednesday that she would run. Bean was the party’s nominee in an expensive state House race last year, and she ultimately lost 54-46 against Republican incumbent Matt Krause. Bean joins 2018 nominee Jana Lynne Sanchez, who lost that campaign to Wright 53-45, and Lassiter.

On Tuesday, Republican Gov. Greg Abbott scheduled the special election for May 1. The filing deadline is March 3, so potential candidates have only a short amount of time to decide if they’ll run. This seat, which includes Arlington and rural areas south of Dallas, supported Trump 51-48 last year after backing him by a larger 54-42 margin in 2016, but Wright won his second term 53-44.

Under Texas law, all the candidates will run on the same ballot in an all-party primary rather than in separate partisan primaries. If no one takes a majority, a runoff would take place between the top two vote-getters, regardless of party; the date of a runoff cannot be set, though, until the results of the first round of the special election are certified.

Other Republicans are also expressing interest including Brian Harrison, a former official at the Trump-era Department of Health and Human Services, who acknowledged Monday that he was thinking about running. The Texas Tribune reports that another Republican, state Rep. Jake Ellzey, is “expected” to get in, though Ellzey doesn’t appear to have said anything publicly yet. Ellzey sought this seat when it was last open in 2018. He looked very much like the underdog after he trailed Wright by a wide 45-22 in the first round of the primary, but Ellzey dramatically narrowed the gap in the runoff and lost just 52-48.

OHIO 11TH CD — Cuyahoga County Councilwoman Shontel Brown earned an endorsement on Friday from Democratic Rep. Joyce Beatty, who represents a Columbus-based district to the southwest of this Cleveland-area constituency.

Former state sen. Nina Turner picked up a Democratic primary endorsement on Tuesday from the Amalgamated Transit Union’s Local 268, which the HuffPost says has about 1,800 members in this Cleveland-based seat.

Said Rep. Jim Banks (R-IN): “He spoke very favorably about his relationship with President Trump. I got the sense they speak often and maintain the same personal friendship and relationship now that they have for four years.”

GEORGIA U.S. SENATOR — Former Republican Sen. Kelly Loeffler recently confirmed to the Atlanta Journal-Constitution that she was considering seeking a rematch against Democratic incumbent Raphael Warnock, who unseated her 51-49 in January. The paper added that Loeffler is “in no hurry to decide.”

Former Rep. Doug Collins, who lost the November all-party primary to Loeffler, has also publicly been mulling another Senate campaign or a primary run against Gov. Brian Kemp, though Collins implied last week that he would have been willing to take on Perdue if necessary. No other big names have expressed interest in running for the Senate yet, but that will likely change now that Perdue is no longer a factor.