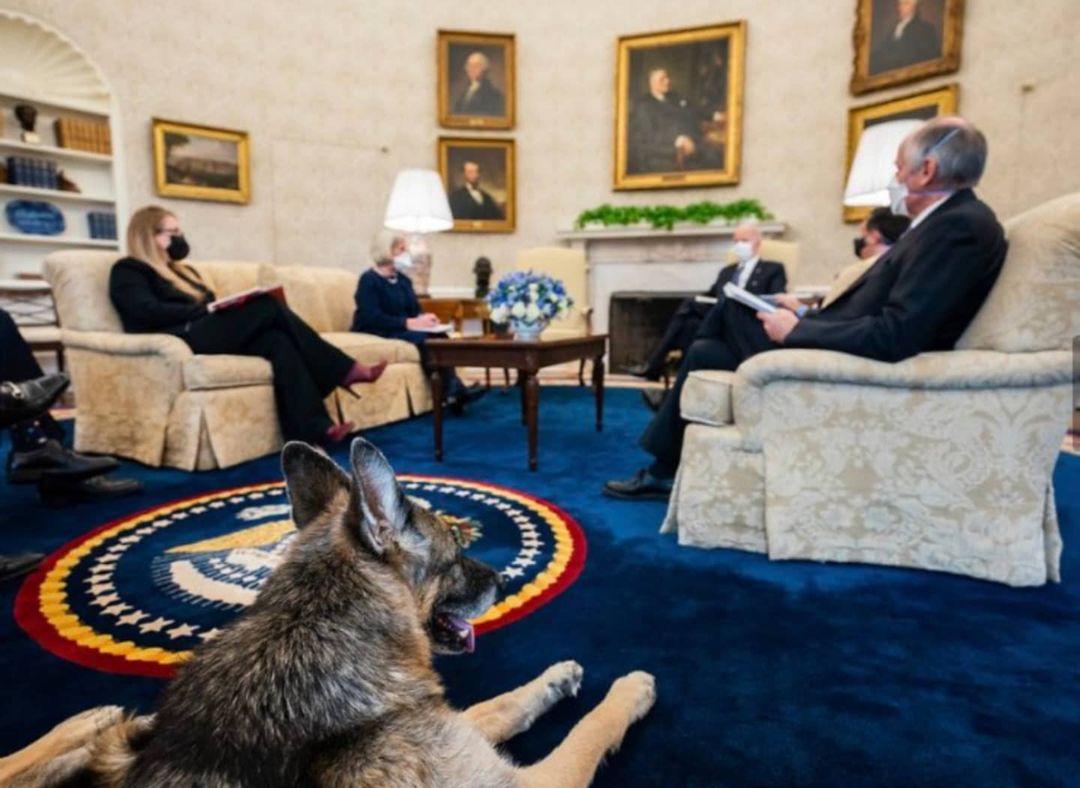 Lots of Cabinet Confirmation news yesterday. The U.S. Senate confirmed Tom Vilsack to be the next secretary of agriculture, 92 to 7.  This will be Vilsack’s second stint in the job. The Senate also confirmed Linda Thomas-Greenfield as the next U.S. ambassador to the United Nations, 78 to 20.

New York Times: “Ms. Thomas-Greenfield joined the foreign service in 1982. From 2008 to 2012, she served as ambassador to Liberia, before moving on to become the director general of the foreign service for about a year. From 2013 to 2017, she served as the top United States diplomat for African affairs, where she helped oversee the response to the Ebola epidemic. In 2017, she was among the diplomats pushed out of the department by Secretary of State Rex W. Tillerson.”

“President Joe Biden’s nominee to lead the powerful Department of Health and Human Services is preparing for two days of contentious hearings in a divided Senate, with allies fanning out to defend him as Republicans mobilize to tank his nomination,” NBC News reports. “If he is confirmed, California Attorney General Xavier Becerra, a former member of Congress, will have the daunting task of steering administration policy on the coronavirus pandemic and orchestrating Biden’s goal to get health care to more Americans. He would also be the first Latino HHS secretary.”

McConnell also told Senate Republicans today he wants them to stay together and oppose the Neera Tanden nomination for budget director, Politico reports. If all Republicans oppose Tanden — and Sen. Joe Manchin (D-WV) sticks with his opposition — she can’t be confirmed.

Aaron Blake: “The focus on Tanden’s tweets makes plenty of sense in the context of the office to which she’s nominated and the president nominating her for that post. Indeed, some wagered that perhaps she was put forward to give Republicans (and perhaps Manchin, in a very red state) something to vote against, rather than other nominees. Perhaps this gives them more latitude in the future to support Biden’s agenda.”

“But it begs for a declared standard when it comes to who is confirmation-worthy. Can someone be extremely partisan but not attack senators? Is it okay for someone to attack someone’s appearance on social media and still be confirmed? And how much are apologies for past statements operative?”

“Whatever one thinks of Tanden’s qualifications, it’s a valid question. But it might have arrived too late for her nomination.”

Dan Balz: “Hypocrisy has never been in short supply in Washington, or politics in general for that matter. The application of double standards is time honored if not necessarily to be admired. So it is not a surprise to see the phenomenon on display in the confirmation process of two of President Biden’s nominees.”

“One nominee, Judge Merrick Garland, is sailing toward confirmation as the next attorney general. Another, Neera Tanden, is on the defensive as the nominee to become director of the Office of Management and Budget. What they share at this moment is the capacity of Republicans for compartmentalization and deliberate memory loss.”

“House Democratic leaders are quietly mounting a campaign for Shalanda Young, a longtime congressional aide, to replace Neera Tanden as nominee for director of the Office of Management and Budget,” Axios reports.

“The nascent campaign for Young, who would be OMB’s first Black female leader, reflects a stark reality taking hold in the Democratic Party: Tanden’s prospects are rapidly fading.”

“The challenge for Republicans is that most Americans simply don’t see Biden that way. You may not like Biden, his policies or his demeanor, but the “radical” tag just hasn’t stuck. It didn’t work during the campaign, it hasn’t worked during his first month in office. Biden just doesn’t give off the radical vibe. There’s plenty to criticize Biden for, but yelling ‘radical’ at every turn isn’t going to work.”

Associated Press: “Elizabeth MacDonough, an English literature major and the Senate’s first woman parliamentarian, is about to demonstrate anew why she’s one of Washington’s most potent, respected yet obscure figures. Any day, she’s expected to reveal if she thinks a federal minimum wage boost, progressives’ most prized plank in Democrats’ $1.9 trillion COVID-19 relief plan, should fall from the bill.”

“Her decision, a political minefield likely to elicit groans from whichever side she disappoints, will play an outsized role in deciding the wage increase’s fate. It may not be definitive — majority Democrats might try overriding an opinion they don’t like.”

President Joe Biden and First Lady Jill Biden are heading to Houston on Friday as Texas recovers from winter storms that left millions without power and water, the Houston Chronicle reports.

Sens. Mitt Romney (R-UT) and Tom Cotton (R-AR) are proposing to raise the federal minimum wage to $10, but only if businesses are required to use the internet-based E-Verify system designed to prevent employers from hiring undocumented workers, USA Today reports.

“Although the measure which was unveiled Tuesday morning is unlikely to go far in a Democratic Congress pushing for a $15 minimum wage, the bill from Romney and Cotton represents the most serious Republican proposal yet on an issue that has emerged as a key priority for progressive leaders.”

“An FBI warning of potential violence reached the U.S. Capitol Police on the eve of the Jan. 6 attack, but top leaders testified during a Senate hearing Tuesday that they did not see it,” the Washington Post reports.

“Steven Sund, who was chief of the U.S. Capitol Police during the pro-Trump mob assault, said the warning reached headquarters. But Sund and the then-House and Senate sergeants-at-arms testified that they did not see the report warning that extremists were preparing to travel to Washington to commit violence and wage ‘war.’”

New York Times: “Terabytes of data. Dozens of prosecutors, investigators and forensic accountants sifting through millions of pages of financial documents. An outside consulting firm drilling down on the arcana of commercial real estate and tax strategies.”

“That is the monumental task that lies ahead in the Manhattan district attorney’s criminal investigation into former President Donald J. Trump and his family business after a United States Supreme Court order on Monday cleared the way for prosecutors to obtain eight years worth of Mr. Trump’s tax returns and other financial records.”

Wall Street Journal: “Prosecutors would face clear challenges in bringing any case… Tom Firestone, a lawyer with Baker & McKenzie LLP and former assistant U.S. attorney in New York, said prosecutors would have to consider several factors, including whether Mr. Trump was engaged in constitutionally protected political speech or instead crossed a line that prompted supporters to commit violence.”

Michael Cohen told MSNBC that he thinks Donald Trump ought to start looking into getting a “custom made jumpsuit, because it does not look good for him.”

Cohen said he’s not sure what exactly the tax documents Trump must hand over to prosecutors may reveal, but was confident enough to claim “it does not look good for him.”

Four board members of the Electric Reliability Council of Texas, the entity that manages and operates the electricity grid that covers much of Texas, will resign on Wednesday, the Texas Tribune reports.  Here’s the kicker: “All four of the members who are resigning live out of state.”

NYT: “The crisis carries a profound warning. As climate change brings more frequent and intense storms, floods, heat waves, wildfires and other extreme events, it is placing growing stress on the foundations of the country’s economy: Its network of roads and railways, drinking-water systems, power plants, electrical grids, industrial waste sites and even homes.”

“Failures in just one sector can set off a domino effect of breakdowns in hard-to-predict ways. Much of this infrastructure was built decades ago, under the expectation that the environment around it would remain stable, or at least fluctuate within predictable bounds. Now climate change is upending that assumption.”

Politico: Texas and California built different power grids, but neither stood up to climate change.

“The administration is looking to boost the corporate tax to 28%, Yellen said. The Treasury chief said last week that revenue measures would be needed to help pay for Biden’s planned longer-term economic reconstruction program to help address concerns about debt sustainability.”

“The U.S. is preparing to respond to Russia’s poisoning and jailing of Russian opposition leader Alexei Navalny, and is expected to coordinate a sanctions rollout with European allies in the coming weeks,” Politico reports.

Sen. Ted Cruz (R-TX) tells the Ruthless podcast that his wife, Heidi, is “pretty pissed” at the leaked text messages about their family’s trip to Cancun while Texas faced massive power outages.

Said Cruz: “Here’s a suggestion, just don’t be assholes. Yeah, like just you know, treat each other as human beings have some degree, some modicum of respect.”

Politico: “The Democratic Senate has hit its first roadblock in its path to confirming President Joe Biden’s nominees. But if you ask the West Virginia Democrat who seemed to have delivered the kiss of death to Neera Tanden, he professes no villainous intent toward his party.”

Said Manchin: “I’m all about bipartisanship. I really am. I told her that: This is not personal at all.”

“It’s easy to see why the GOP-friendly Manchin would come down against Tanden despite his previous votes for polarizing Trump nominees. Simply put, Manchin represents a deep-red state and is invested in holding Biden to his pledge to be civil and reach across the aisle. He might seem like a Slytherin in the Democratic Party’s Hogwarts, but Manchin’s no on Tanden doesn’t necessarily mean he’ll soon turn against nominees like Xavier Becerra (HHS) and Deb Haaland (Interior). At the moment, he is a ‘maybe’ on both.”

If so, that would match the zero House Republican votes for President Barack Obama’s stimulus package during the financial crisis in 2009.