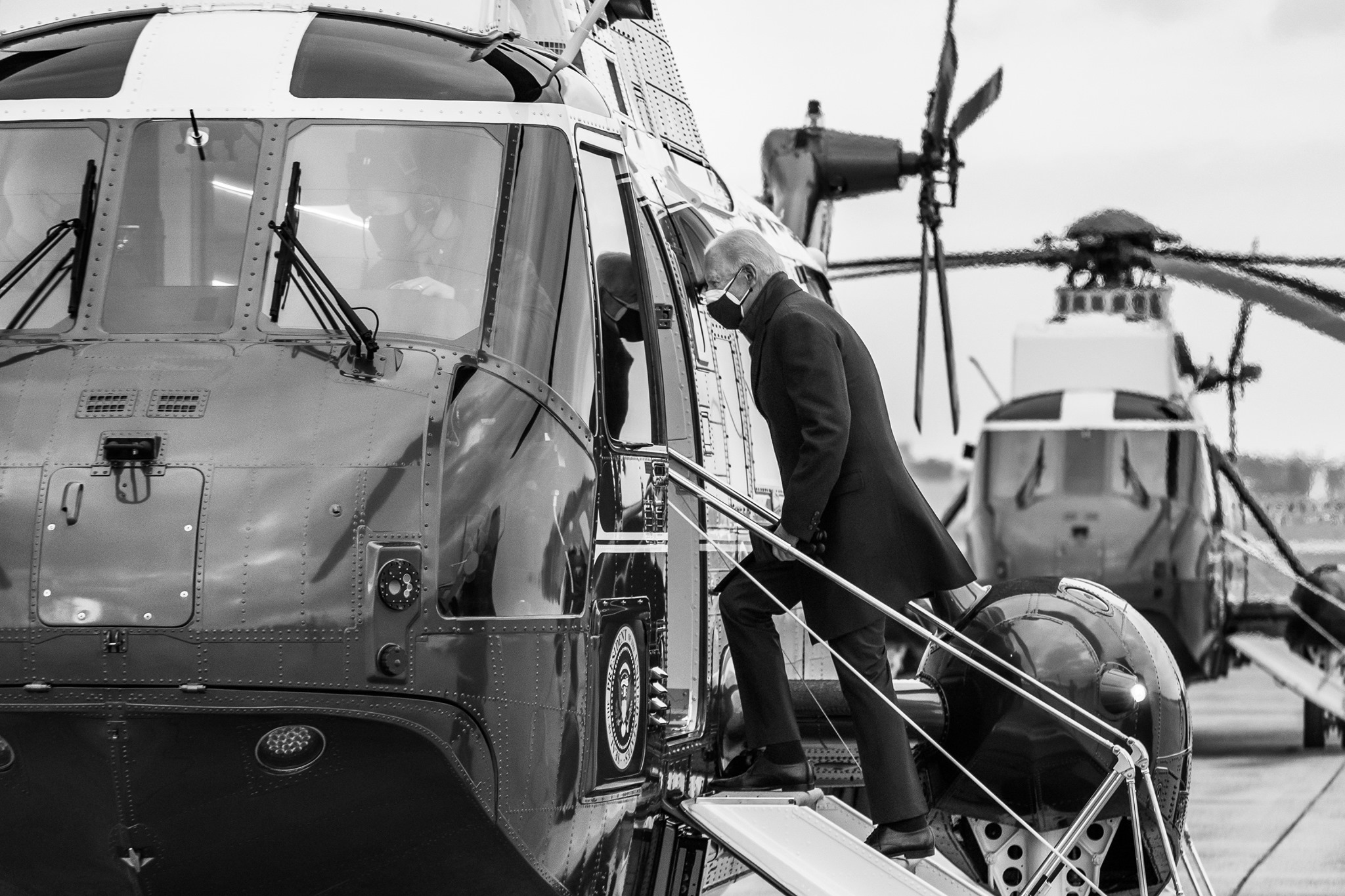 “The Justice Department and FBI are investigating whether high-profile right-wing figures — including Roger Stone and Alex Jones — may have played a role in the Jan. 6 Capitol breach as part of a broader look into the mind-set of those who committed violence and their apparent paths to radicalization,” the Washington Post reports.

“The investigation into potential ties between key figures in the riot and those who promoted former president Donald Trump’s false assertions that the election was stolen from him does not mean those who may have influenced rioters will face criminal charges, particularly given U.S. case law surrounding incitement and free speech… Officials at this stage said they are principally seeking to understand what the rioters were thinking — and who may have influenced beliefs — which could be critical to showing their intentions at trial.”

“The U.S. has carried out more vaccinations than any country in the world, and given a first dose to a higher percentage of its population (12%) than all but five countries: Israel, the Seychelles, the UAE, the U.K. and Bahrain.”

New York Times: “Roughly one year since the first known death by the coronavirus in the United States, an unfathomable toll is nearing — the loss of half a million people.”

“No other country has counted so many deaths in the pandemic. More Americans have perished from Covid-19 than on the battlefields of World War I, World War II and the Vietnam War combined.”

“As increasingly widespread covid-19 vaccinations signal a possible return to normal life, the United States is moving toward an unusual experiment that could produce an economy many Americans will not recognize — for better or for worse,” the Washington Post reports.

“Factories are humming and consumers are spending again, signs that the United States could emerge from the current health crisis with its strongest growth in decades. Goldman Sachs expects the economy to expand this year at an annual rate of 7 percent, the fastest pace since President Ronald Reagan proclaimed ‘morning again in America’ in 1984.”

“The question is whether that fast-paced rebound can be made to last, freeing the nation from the low-growth rut it has plowed for most of the past 20 years, or will instead ignite the sort of inflation that has not been seen since the 1970s.”

New York Times: “There may not be a vacancy on the high court at the moment, but Mr. Clyburn and other lawmakers are already maneuvering to champion candidates and a new approach for a nomination that might come as soon as this summer, when some Democrats hope Justice Stephen Breyer, who is 82, will retire. With Democrats holding the narrowest of Senate majorities, and Ruth Bader Ginsburg’s death still painfully fresh in their minds, these party leaders want to shape Mr. Biden’s appointment, including moving the party away from the usual Ivy League résumés.”

“The early jockeying illustrates how eager Democratic officials are to leave their mark on Mr. Biden’s effort to elevate historically underrepresented contenders for a landmark Supreme Court nomination.”

BBC: “Trump’s second summit with Kim Jong-un, in Hanoi, Vietnam, did not go to plan. As negotiations over North Korea’s nuclear programme broke down, Trump left abruptly, saying to the press: ‘Sometimes you just have to walk.’”

“But before he departed, the then US president did make one astonishing offer to Kim.”

“Matthew Pottinger, the top Asia expert on Trump’s National Security Council told us: President Trump offered Kim a lift home on Air Force One. The president knew that Kim had arrived on a multi-day train ride through China into Hanoi and the president said: ‘I can get you home in two hours if you want.’ Kim declined.”

“By the thousands, U.S. service members are refusing or putting off the Covid-19 vaccine as frustrated commanders scramble to knock down internet rumors and find the right pitch that will persuade troops to get the shot,” the AP reports.

“Some Army units are seeing as few as one-third agree to the vaccine.”

“Merrick Garland, President Joe Biden’s nominee for attorney general, is pledging he’ll take the lead in prosecuting participants in the mob that attacked the Capitol on Jan. 6,” Bloomberg reports.

Said Garland: “If confirmed, I will supervise the prosecution of white supremacists and others who stormed the Capitol on Jan. 6 — a heinous attack that sought to disrupt a cornerstone of our democracy: the peaceful transfer of power to a newly elected government.”

Garland also signaled he’ll make decisions independently from Biden: “The president nominates the attorney general to be the lawyer — not for any individual, but for the people of the United States.”

“I will tell you that it’s hard to have sympathy for Ted Cruz, because Ted was right on board making fun of me back in 2017 when I had that incident on the beach… He’s taken every chance he can to take shots at people on both sides of the aisle over the course of his career. So, when you decide that’s what you want to do, especially on personal matters, there’s not going to be a ton of people running to your defense.”

Laurie Garrett: “There is vast evidence of Trump’s negligence during the pandemic’s third wave. Had I been a member of the House of Representatives during the body’s impeachment deliberations, I would have added to Trump’s indictment the crime of pandemicide, naming him as responsible for most of the COVID-19 deaths that transpired while he, the nation’s leader, was preoccupied with damning Joe Biden’s election victory.”

“Trump’s failure to, as he vowed in his oath of office, ‘faithfully execute the office of president of the United States’ promulgated a scale of lives lost exceeding anything experienced in the country since the Civil War, 160 years ago.”

Susan Glasser on Chief of Staff Ron Klain: “He knows how White Houses run when they work and how they fail when they don’t—and, just as importantly, what government is actually supposed to do. Klain, who ran the Senate Judiciary Committee for Biden when Biden chaired it decades ago, worked under nine chiefs of staff during the Clinton and Obama Presidencies, and twice served as Vice-Presidential chief of staff, first for Al Gore, in the late nineties, and then for Biden, from 2009 to 2011. He is, he tells people, the White House chief of staff who has worked for more chiefs of staff than any other.”