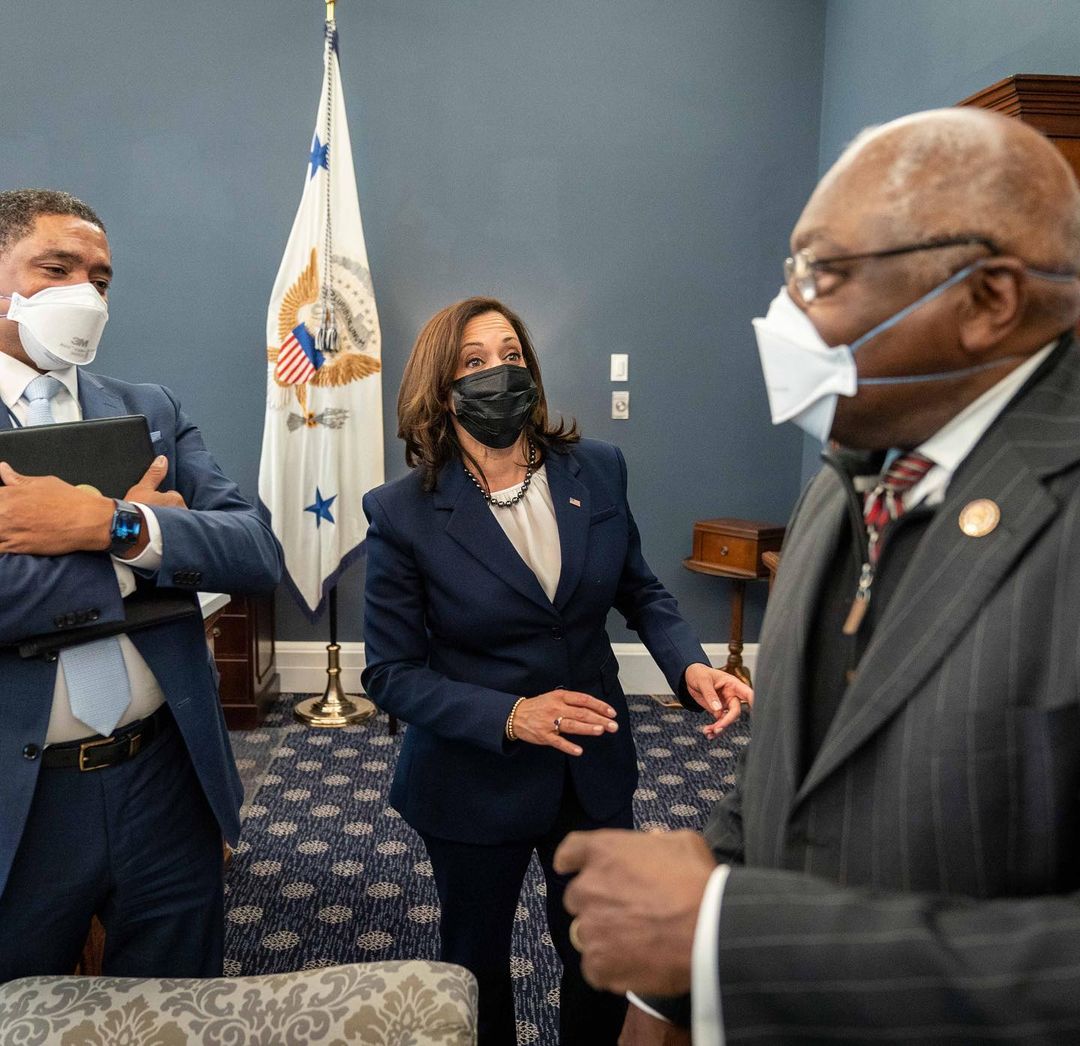 Politico: “According to three people familiar with the planning, Trump will soon begin vetting candidates at Mar-a-Lago who are eager to fulfill his promise to exact vengeance upon incumbent Republicans who’ve scorned him, and to ensure every open GOP seat in the 2022 midterms has a MAGA-approved contender vying for it.”

“Trump already has received dozens of requests from prospective candidates seeking to introduce themselves and nab his endorsement, and formal meetings with them could begin as early as March. Now that Trump has survived his second Senate impeachment trial, he has shifted his focus to post-presidential activism — a venture mostly bankrolled by his new leadership PAC, Save America, which had $31 million in its coffers at the start of this month.”

“Earlier this week, Trump met with his former campaign manager Brad Parscale to discuss online fundraising components to support his efforts and how he can utilize social media despite his ban from popular websites like Twitter.”

Rosie Gray: “Arizona Republicans keep losing — but the state party has already turned itself into a Trump machine, still trying to win an election that’s long over. And that might be the future of conservatism.”

David Winston: “Today, our system of campaign politics rewards anger…and defines success by a model that produces money for campaign consultants, whether they win or lose. We can thank the combination of the McCain-Feingold law and the Citizens United decision for our current predicament.”

“Together, they minimized the role of the parties and candidate campaigns and made PACs and super PACs the dominant power in many campaigns for one simple reason: That’s where the money is. Many times, you won’t find top strategists or ad people working directly on major campaigns these days. They operate independently, legally restricted from any interaction with the candidates and campaigns they are supporting and often serving up background information for the media. But most importantly, they employ a circular model to attract donors by offering them a way to have a bigger impact on the election and its outcome.”

ILLINOIS GOVERNOR — Politico reports that Republican Reps. Rodney Davis and Darin LaHood both have not ruled out bids against Democratic Gov. J.B. Pritzker, depending on how redistricting shapes up for them, though neither man is directly quoted. Politico also says that another Republican, state Sen. Darren Bailey, “is expected to announce his candidacy next week.” Meanwhile, attorney Richard Porter, an RNC member who’s previously been mentioned as a possible gubernatorial candidate, says he’ll decide this summer whether to run.

MASSACHUSETTS 4TH CD — The Boston Globe reports that progressive activists are trying to recruit former Brookline Selectwoman Jesse Mermell for a rematch with freshman Rep. Jake Auchincloss, who beat her just 22-21 in last year’s jam-packed Democratic primary. Mermell notably declined to provide any sort of comment to the paper.

NORTH CAROLINA 9TH CD — Democratic state Rep. Charles Graham announced a challenge to Republican Rep. Dan Bishop over the weekend, though redistricting’s impact on North Carolina’s 9th Congressional District won’t be known for some time. The Associated Press describes Graham, who is the lone Native American member of the legislature, as “among the more conservative Democrats” in the state House, with a history of voting for Republican bills.

NEVADA 3RD CD — Republican attorney April Becker, who lost a close race for Nevada’s 6th State Senate District last year, has filed paperwork with the FEC for a possible bid against Democratic Rep. Susie Lee in the 3rd Congressional District. However, just 4% of the Senate seat she sought in 2020 overlaps with Lee’s district.

WISCONSIN 3RD CD — Republican Derrick Van Orden declined to rule out a rematch with Democratic Rep. Ron Kind, telling the Badger Project, “Nothing is off the table.” Kind held off Van Orden by a narrow 51-49 margin last year.

GEORGIA U.S. SENATOR — Contrary to a report earlier this week in the Atlanta Journal-Constitution that suggested he might defer to former Sen. David Perdue, it certainly sounds like former Rep. Doug Collins has no interest in waiting on any fellow Republicans before deciding whether to go forward with a bid against Democratic Sen. Raphael Warnock. “I’ve been underestimated for many years. We’re sitting back and watching this develop,” he told a conservative radio host. Referring to a Tuesday press release Perdue issued, Collins said, “David must have felt the need to put out a statement …. People know I’m still looking at it.”

ILLINOIS 16TH CD — Just a month after launching a primary challenge to Republican Rep. Adam Kinzinger following the congressman’s vote to impeach Donald Trump, Gene Koprowski, a former official for the conservative Heartland Institute, has terminated his campaign. That leaves a couple of minor intra-party opponents still in the field: perennial candidate James Marter, who lost to Kinzinger 68-32 in 2018, and businessman Jack Lombardi, who doesn’t appear to have run for office before.

Sen. Mike Lee (R-UT) is defending Sen. Mitt Romney’s (R-UT) vote to convict former President Donald Trump in his second impeachment trial. Although Lee disagrees with Romney’s conclusion, he does not see it as a “cause for alarm,” the Salt Lake Tribune reports.

Said Lee: “Although Senator Romney and I usually vote together — and with a majority of Senate Republicans, we voted differently. It shows neither one of us blindly defers to anyone.”

OHIO GOVERNOR — While Franklin County Recorder Danny O’Connor expressed interest in seeking the Democratic nod for the Senate last month, he also opened the door this week to a possible campaign against Republican Gov. Mike DeWine or for another statewide office. O’Connor, who lost two competitive 2018 races for the 12th Congressional District, said, “An executive office in a state like Ohio is always going to have more of an impact than legislative offices … I love the thought of running across this state … and having conversations about the type of Democrat that I am.”

O’Connor didn’t give a timeline for when he’d decide, though the Columbus Dispatch noted that his wife is expected to give birth in May and “family matters are taking precedence over political aspirations for the moment.”

“A federal judge has thrown out a lawsuit Rep. Devin Nunes filed in 2019 claiming he was libeled by CNN in reports alleging he was involved in an effort to dig up Ukraine-related dirt on Joe Biden,” Politico reports.

COLORADO 3RD CD — State Rep. Donald Valdez announced Thursday that he’d seek the Democratic nod to take on the 3rd District’s extremist incumbent, freshman Republican Lauren Boebert. Valdez, a moderate who has often voted against his party in the legislature, ran for this western Colorado seat last cycle, but he dropped out after raising little money.

Photo above from the VP’s Photographer, Lawrence Jackson, depicting a candid moment between Cedric Richmond, Congressman Clyburn and the Vice President.