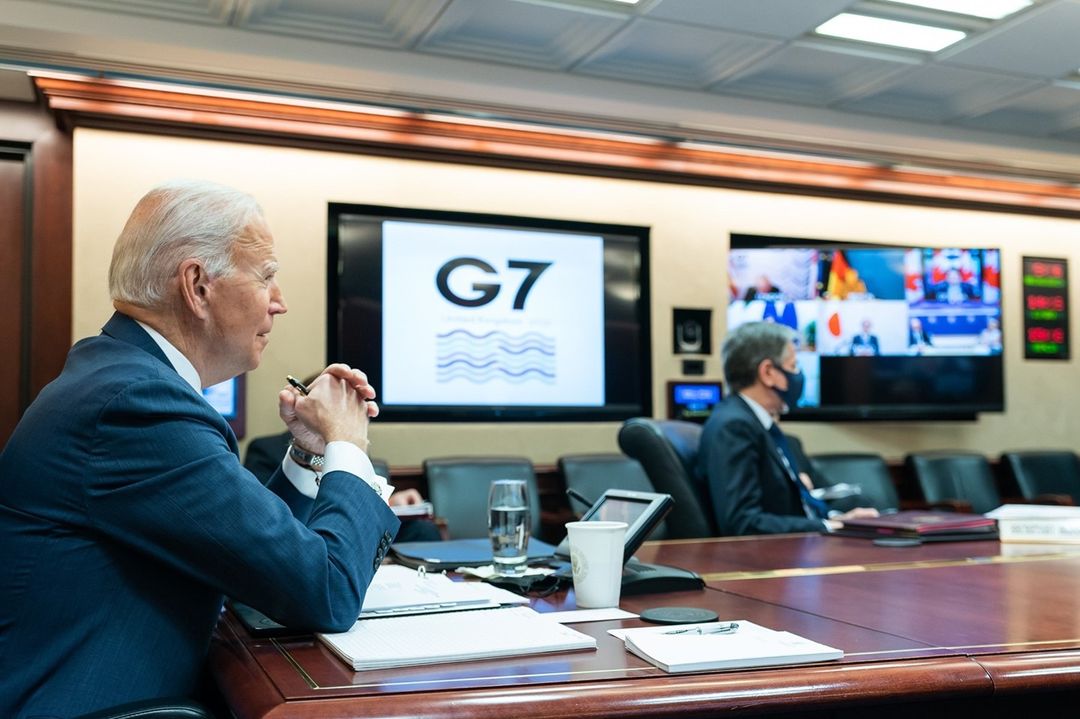 On the Republican side, State Sen. Amanda Chase (R) leads Republican field for governor with 17%, with former Virginia House Speaker Kirk Cox at 10% and tech entrepreneur Pete Snyder at 6%; but 55% of Republican voters say they are undecided.

A new Global Strategy Group poll of Virginia’s Democratic primary for governor conducted on behalf of former Del. Jennifer Carroll Foy finds former Gov. Terry McAuliffe far out in front with 42% of the vote, with Lt. Gov. Justin Fairfax at 14%, Carroll Foy at 7%, and state Sen. Jennifer McClellan at 6% while 30% are undecided.

GSG argues, however, that Carroll Foy is best poised to grow, saying that she trails McAuliffe by a narrower 37-27 after respondents were read “evenhanded profiles and images of the four core candidates,” with the other two Democrats still well behind. The memo did not include the text of the profiles.

A new poll from WPA Intelligence for Republican Kevin Faulconer, who recently left office as mayor of San Diego, says that California voters support recalling Democratic Gov. Gavin Newsom by a 47-43 margin, with 10% undecided. A recent poll for UC Berkley found just the opposite, with voters opposing the idea 45-36. Faulconer’s survey also included numbers for a horserace matchup pitting himself against several other potential candidates, but his proposed field is so deep into the realm of the hypothetical that the data isn’t in any way useful.

Gallup: “Fifty-six percent of Americans say they are dissatisfied with U.S. gun laws and policies, marking the ninth consecutive year of majority-level dissatisfaction since the 2012 mass shooting at Sandy Hook Elementary School in Newtown, Connecticut. At the same time, 42% of U.S. adults express satisfaction with U.S. gun laws.”

FiveThirtyEight: “Being a parent is hard enough — but being a parent during a pandemic is even harder. With many schools physically closed to prevent the spread of COVID-19, parents are now balancing their omnipresent concerns over their children’s education, development and emotional well-being with their own lives and careers. And the stress of that has bubbled over to the point where reopening schools is now a major political issue.”

“But despite the increased volume of the debate, public opinion on reopening schools is complicated. The issue is not as black-and-white as many are depicting it, and the variations in wording that pollsters use to ask about it can produce different results. Here’s what the polls over the past month do say.”

First Read list the waysj in which the GOP has had a particularly bad two months:

IOWA — Dubuque Telegraph Herald: “The near-identical bills would cut both the periods for in-person and mail-in early voting from 29 to 18 days. It had been 40 days before the Republican-controlled Legislature reduced it four years ago. The bills also would allow voters to request absentee ballots starting 70 days before an election — a 50-day reduction from the current 120 days.”

GEORGIA — Georgia Today: “The Georgia Senate Ethics committee approved a number of elections bills Thursday, including a measure adding an ID requirement to absentee applications and a proposal to require counties to process mail-in ballots earlier, as more extreme bills wait in the wings.”

Sen. Lindsey Graham (R-SC) is heading to Mar-a-Lago this weekend to meet with Donald Trump in hopes of bridging a growing rift in the top echelon of the Republican Party, CNN reports.

“But State Sen. Julie Slama was undaunted in her quest to undo a system that has been in place for nearly three decades and has survived 16 previous attempts to get rid of it.”

WISCONSIN GOVERNOR — “Reince Priebus has been calling key GOP officials and operatives in Wisconsin the past week and signaling he’s seriously exploring a bid for governor of his home state in 2022,” Politico reports.

“Priebus’ biggest selling point presumably would be the support of former President Donald Trump — the two patched things up after Priebus was fired by the president back in 2017. Former Wisconsin GOP Lt. Gov. Rebecca Kleefisch is widely expected to run and is seen as a potential Republican front-runner, but Priebus would be formidable in a primary with Trump’s support. Incumbent Democratic Gov. Tony Evers is likely to seek a second term.”

VIRGINIA GOP — New York Times: “The Republican Party of Virginia has voted four times since December to nominate its candidates for this year’s statewide races at a convention instead of in a primary election. But in a sign of the Trumpian times of denial and dispute in the GOP, nearly half of the party’s top officials are still trying to reverse the results.”

“State Republicans have internalized the lesson that there is no benefit to accepting results they don’t like, and the result is a paralyzed party unable to set the date, location and rules for how and when it will pick its 2021 nominees for statewide office, including the race for governor.”

REDISTRICTING — “The next round of congressional redistricting is shaping up to be a mess, beset by even more complications and lawsuits than usual,” Axios reports.

“This process will likely help Republicans pick up seats in the House in 2022. Beyond that, though, the pandemic and the Trump administration’s handling of the Census have made this round of redistricting especially fraught — and states will be locked into the results for a decade.”

“Huge states with diversifying and expanding populations — including Texas, Florida and North Carolina — will likely feel some of the most significant impacts.”

“County parties have censured Toomey, prompting backlash from centrists and even some Trump supporters who think the efforts will hurt the GOP in upcoming elections. Former Rep. Ryan Costello, a moderate Republican eyeing a bid for the Senate, has publicly come to Toomey’s defense in the wake of his vote. Ex-Trump aides, in turn, are making plans to torpedo Costello before he announces a campaign.”

Philadelphia Inquirer: “Malcolm Kenyatta (D), a state representative and progressive activist from Philadelphia, officially launched a campaign for U.S. Senate on Thursday, casting himself as a champion of working people who would make history as Pennsylvania’s first Black and first openly gay senator.”

Democratic Rep. Madeleine Dean recently attracted national attention as one of the managers of Donald Trump’s second impeachment, and several of her allies are now publicly encouraging her to enter the race to succeed retiring Republican incumbent Pat Toomey. A spokesperson for Dean only told Roll Call in response that the congresswoman hasn’t had time to consider, which very much isn’t a no.

The most prominent Democrat to announce before this week was Lt. Gov. John Fetterman, but others may make their move no matter what Dean ends up doing. Roll Call reports that two unnamed Democrats say that Montgomery County Commission chair Val Arkoosh “is expected to announce a Senate bid soon.” Dean’s 4th Congressional District includes just over 85% of this populous suburban Philadelphia community, so she and Arkoosh might end up competing over the same geographic base if they both ran.

Party strategist Mark Nevins also tells Roll Call that for every “whisper you hear about Congresswoman Dean running for Senate, you also hear one about” other Democratic House members including Rep. Mary Gay Scanlon, whom we hadn’t previously heard mentioned for this race.

IOWA 2ND CD — “With a contested presidential race and impeachment crisis behind it, Congress is turning to a Democratic candidate’s claim that Republican Rep. Mariannette Miller-Meeks was improperly declared the winner of their match-up last fall. That candidate, Rita Hart, has formally contested her 6-vote loss — one of the closest federal elections in recent history — possibly placing lawmakers in the uncomfortable position of having to determine whether it seated the wrong woman in January,” Politico reports.

“The House Administration Committee will gather virtually Friday afternoon to finalize the process by which it will adjudicate Hart’s claim… The committee has been largely silent since Hart first made her contest in December, but the hearing suggests that it is preparing to review the matter further.”

ELECTION NERDS ALERT: A great resource for election nerds: Daily Kos has the 2020, 2016, and 2012 presidential election results broken down for all 435 congressional districts.

MTG = GOP. McClatchy: “In the aftermath of last month’s deadly attack on the Capitol and resulting concern about once-fringe conservative movements gaining a foothold in the GOP, Democratic strategists are mulling a plan to make the freshman Georgia congresswoman and past supporter of QAnon conspiracy theories a central part of their 2022 midterm election strategy.”

“The Democratic Congressional Campaign Committee has already featured Greene in TV and digital ads tying the GOP to QAnon in a select group of battleground districts, a sign of what some Democratic leaders promise is only the beginning of a sustained effort to make her the face of the Republican Party.”

ARKANSAS GOVERNOR — State Sen. Jim Hendren expressed interest only weeks ago in seeking the Republican nomination to succeed his uncle, termed-out GOP Gov. Asa Hutchinson, but he instead shocked politicos on Thursday by announcing that he was leaving the party to become an independent. Hendren, who recently finished a stint leading the chamber, called the Jan. 6 attack on the U.S. Capitol “the final straw,” continuing, “I asked myself what in the world I would tell my grandchildren when they asked one day what happened and what did I do about it?”

Hendren said that he would form an organization to fund moderate candidates, and he also did not rule out running for governor himself without a party affiliation. “Right now, I’ve pushed that decision to the backburner because before anybody can win any serious race as an independent there has to be some sort of platform, some sort of foundation,” he said, though he added that he might instead back a different independent contender.

ALASKA STATE HOUSE — While the bipartisan coalition led by Alaska House Democrats was finally able to elect a new Speaker last week, it’s not quite clear whether the alliance enjoys a functional majority just yet. The Republican who crossed over to provide the tie-breaking vote for the speakership, state Rep. Kelly Merrick, initially insisted she hadn’t joined the coalition, though now the new speaker, Republican Louise Stutes, claims that Merrick is part of the majority—though Merrick herself has refused to answer reporters’ questions as to just which side she’s on.

This murky state of affairs may resolve itself after the chamber’s “Committee on Committees” meets to allocate leadership posts and committee assignments. It takes a 21-vote majority for the Committee on Committee’s report to be approved, which means the coalition will need Merrick’s support for its preferred assignments to take effect. However, it’s not clear when such a vote will take place.

The Republican caucus, meanwhile, watched itself shrink on Tuesday when state Rep. Sara Rasmussen said she would no longer remain a part of it. Rasmussen isn’t joining the coalition, though, but instead will serve on her own. However, regardless of how she votes in general, her move is a blow to the GOP because it will reduce the number of slots Republican hardliners are entitled to on committees.