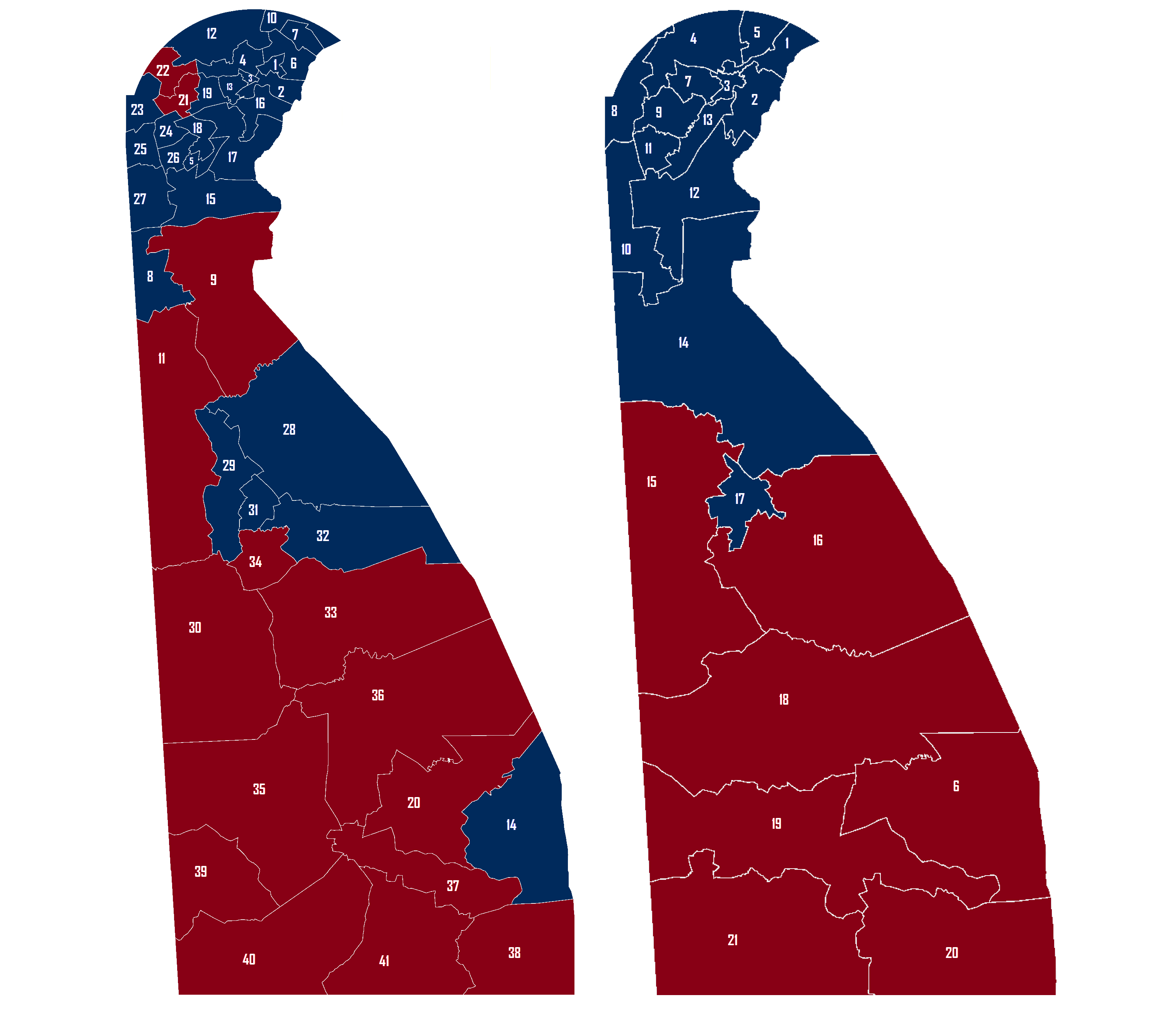 Last week, the U.S. Census Bureau announced that the granular data needed for states to conduct redistricting following the 2020 census won’t be available until Sept. 30 if not later, which is six months after its original March 31 deadline and two months later than the already-delayed July 30 target that it had signaled was possible just last month.

These delays have major implications for redistricting timelines that will make it impossible for a number of states to meet their own legally mandated deadlines for drawing new maps this year, throwing the redistricting process into chaos and uncertainty in many states. The Brennan Center for Justice previously  released a report that looks at which states in particular have deadlines that now conflict with the expected data release timeline.

In Delaware, this means that we are looking at a special fall session of the General Assembly where the new RD and SD district maps will be drawn and adopted based on the Census data.

While the specific dates and details are still being finalized, Speaker Pete Schwartzkopf and Senate President Pro Tem Dave Sokola said the special session would ideally take place in the fall over the course of a few weeks.

“Redistricting is an extremely complex process, but we have always met our obligation,” said Rep. Schwartzkopf. “However, our redistricting schedule – which would have started this spring – has been thrown off because of problems due to the previous presidential administration and the ongoing pandemic. Rather than leave things in doubt, we feel it is best to be upfront and announce this fall session now so everyone can plan accordingly.”

The legislative session typically begins in January of each year and runs through June, ending at midnight on June 30. However, the House and Senate enter a special session immediately after midnight, passing resolutions that allow the chambers to call themselves back into session at any time.

“Just like every one of our constituents, we have had to make adjustments to account for the failed leadership of the previous administration and this is no different,” said Sen. Sokola, D-Newark. “On the bright side, however, Speaker Schwartzkopf and I hope these extra session days will allow our members to focus all of their attention on this important process and provide greater opportunity for public input than ever before.”

0 comments on “Redistricting in the Fall”