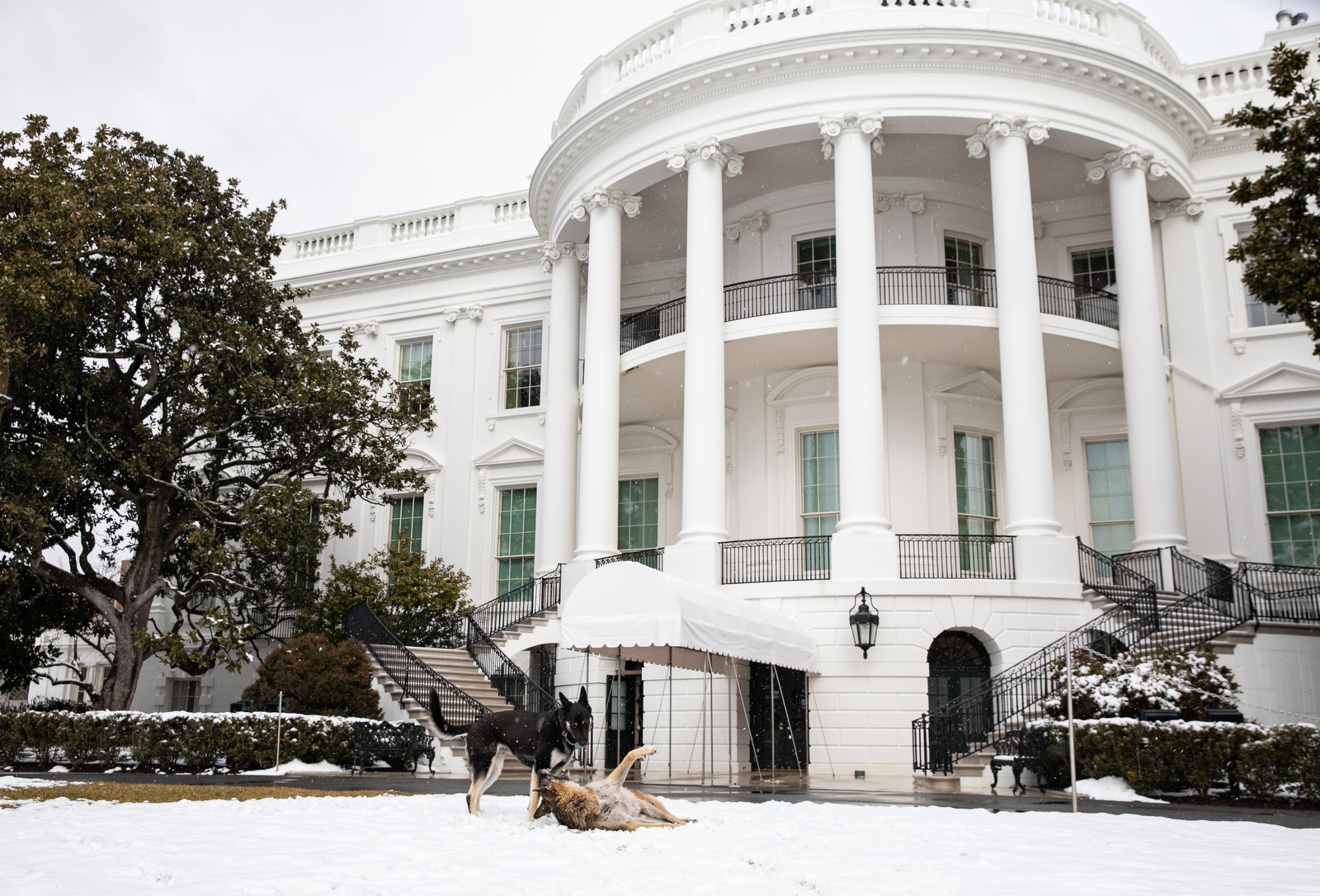 A HuffPost/YouGov poll found that just 52% of Americans have heard of “cancel culture,” which has become a major Republican talking point.

Playbook highlights a new Morning Consult poll: “Though the 2024 primary is still far off — who knows what will happen with Trump three months from now, let alone in three years? — he currently swamps any potential rival. Fifty-three percent of Republicans said they would vote for Trump if the primary were held today.”

“All the other Republican hopefuls are polling in the low single digits, besides Mike Pence, who received 12%. Marco Rubio, Tom Cotton, Mitt Romney, Kristi Noem, Larry Hogan, Josh Hawley, Ted Cruz, Tim Scott and Rick Scott all polled below 5%. Only Donald Trump Jr. and Nikki Haley punched through at 6%.”

Sen. Chuck Schumer (D-NY), who is up for re-election in 2022, has a 69% to 19% favorable rating among registered Democratic voters in New York, according to a new Siena Poll.

“The Democratic National Committee is announcing key members of its senior staff on Tuesday as the party’s political operation, in close alignment with the White House, turns its attention to the 2022 midterm elections,” ABC News reports.

“As the once-a-decade redistricting conflicts heat up across the country, both Republicans and Democrats are wrestling with how far to press their advantage in a fight as consequential as any election. For Republicans that means building on the success of 10 years ago — even as some population and political trends work against them. For Democrats, it’s a test of their commitment to the changes they’ve long argued are needed to create a level playing field,” the AP reports.

“The stakes are particularly clear now. Some experts note Republicans could win control of the House in 2022 based on redistricting alone. Three of the states where the GOP has complete control of the map-making — Texas, Florida and North Carolina — are expected to gain a total of six seats. A GOP sweep of those seats would flip the House.”

“But packing Republican voters into new districts in the growing states won’t be easy. Much of the population growth in those states has come in cities, inner-ring suburbs and places with large Black and Latino communities — all key Democratic constituencies.”

“Ron DeSantis once drew national scorn for his stewardship of Florida’s Covid-19 response — critics took to referring to the governor as ‘DeathSantis’ for his resistance to restrictive measures,” Politico reports.

“But that very blowback … has made DeSantis ascendant in the GOP. His position is strengthened among the GOP grassroots and elites heading into his 2022 reelection in Florida and accompanied by increasing conservative chatter nationwide about a presidential bid. By scrapping with reporters and President Joe Biden’s White House … the wonky but combative governor has elevated his profile at a time when other big-state governors have been laid low.”

“A bill that would change Nevada’s presidential caucus to a primary and make it the first nominating contest in the country has been unveiled,” the Las Vegas Sun reports.

WMUR: “New Hampshire is now officially in another battle to hold on to the first-in-the-nation status of its presidential primary.”

“It’s not the first time, but it appears to be a serious challenge to the Granite State’s leadoff role in the nominating process.”

An adviser tells the New York Times he’s leaning toward running and a final decision will come in next weeks.

Said political scientist Jake Grumbach: “The state level is where we see the most important democratic backsliding, and it’s happening at the behest of Republican state officials.”

“According to an analysis by Grumbach, the greatest predictor of whether a state has taken antidemocratic steps, such as really aggressive gerrymandering or efforts to make it harder for people to vote, is if Republicans control its state legislature and governor’s office.”

Kate Riga: “He’s made his brand on wrinkled suits and a gravelly-voiced authenticity, championing workers rights as well as those of women and LGBTQ people. He speaks in economic populism, a language that may have endeared Ohioans to both him and Trump.”

“And he appears to have figured out a way to appeal across-the-board to a large state in which politics vary dramatically depending on what corner of the state you’re in.”

Sen. Ben Sasse (R-NE) told NPR that the Republican Party is in an internal battle between “conservatism and short-termism.”

John White: “While the Republican gamble with history may pay dividends in the short-term, it is a long-term loser.”

PENNSYLVANIA U.S. SENATOR — Rep. Conor Lamb (D-PA) told MSNBC that he will look at running for Sen. Pat Toomey’s (R) open seat but hasn’t made a decision and wants to talk to Senate Majority Leader Chuck Schumer (D-NY) about the possibility.

NPR: “Of those seven Republicans, two are retiring and only one — Alaska’s Lisa Murkowski — faces her state’s voters in the next election cycle, 2022.”

“Alaska has an open primary and ranked-choice voting, which means all contenders for the seat will be on the same ballot for all primary voters. The top four will advance to the general election and then voters will rank them in order of preference.”

“Murkowski herself told Alaska Public Media that she thinks the new system puts her in a better position.”

ALABAMA U.S. SENATOR — Wealthy businesswoman Lynda Blanchard, who served as Donald Trump’s ambassador to Slovenia until earlier this year, says she’s considering a bid for Alabama’s open Senate seat. “I am deeply interested in promoting President Trump’s MAGA agenda,” she said in a statement, “while fighting the socialist policies of the Biden/Pelosi/Sanders/Schumer crowd.”

OHIO U.S. SENATOR — Republican Rep. Steve Stivers, who has reportedly been considering a bid for Ohio’s newly open Senate seat, now confirms that he’s looking at the race in a new interview. Stivers insisted he would not “rush into a decision” and said he’d likely wait “months” to decide. When asked about the possibility that Donald Trump could endorse another candidate in the primary, the congressman ever-so-slightly edged away from Trump, saying he’s “not putting my faith in any one individual that could deliver this race for anybody.

Stivers’ 15th District is conservative turf in the southern Columbus area. He served as chair of the NRCC during the 2017-18 election cycle, when Republicans lost control of the House.

CALIFORNIA GOVERNOR — Politico reports that former Trump apparatchik Richard Grenell is interviewing staff for a possible run for governor in the event a recall of Democratic Gov. Gavin Newsom makes the ballot. Grenell himself says the report “isn’t true” but did not dispute that he’s considering a bid.

ILLINOIS GOVERNOR — Former state Sen. Paul Schimpf kicked off a bid for governor on Monday, making him the first notable Republican to challenge Democratic Gov. J.B. Pritzker. Schimpf served a single term in the legislature but declined to seek re-election last year without explaining why. In 2014, he ran for state attorney general but got crushed 59-38 by Democratic incumbent Lisa Madigan.