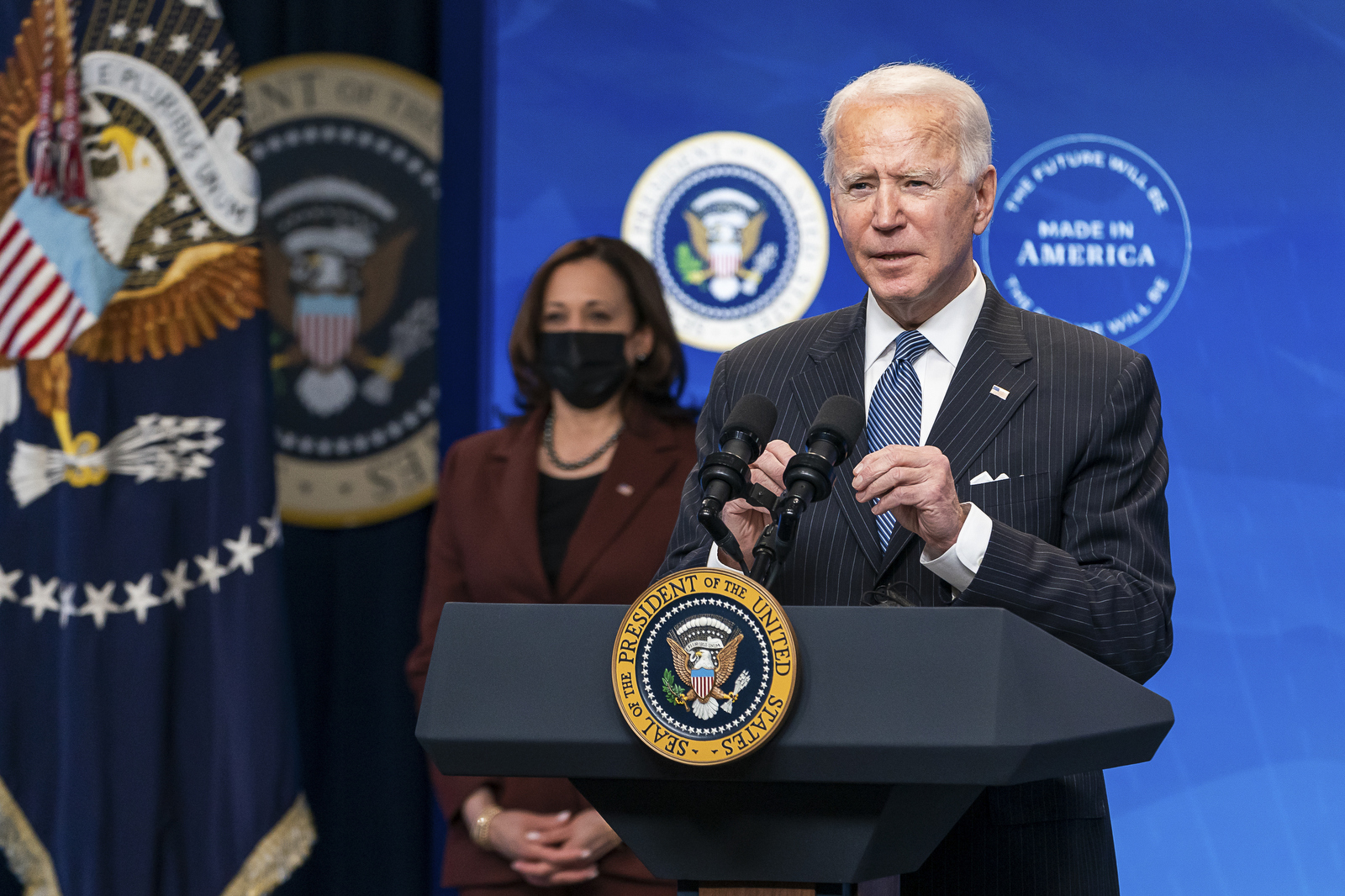 The GOP senators who are most likely to vote to convict Trump are Sens. Mitt Romney (R-UT), Lisa Murkowksi (R-AK), Susan Collins (R-ME), Ben Sasse (R-NE) and Pat Toomey (R-PA). All eyes will be on Senate Minority Leader Mitch McConnell (R-KY). The Senate minority leader recently made clear that he wants the Republican party to make a clean break from Trump. He leaked to the media that he believed Trump’s conduct was impeachable. But it’s still not obvious how he’ll vote. If McConnell votes to convict, it seems likely he’ll bring more Republican senators with him, likely resulting in Trump’s conviction.

Playbook: “Democrats who’ve struggled for years to hold Donald Trump accountable are at a crossroads again: Do they go all out to convict Trump by calling a parade of witnesses to testify to his misdeeds? Or do they concede it’s a lost cause, finish the trial ASAP — and get on with President Joe Biden’s agenda?”

Several of the House impeachment managers wanted firsthand testimony to help prove their case that Trump incited the Jan. 6 riot, our sources tell us. But Senate Majority Leader Chuck Schumer, Speaker Nancy Pelosi and Biden administration officials have been eager for the process to move quickly, we’re told.”

“It’s been a source of frustration for some Democrats privately. Trump, these people have noticed, is already on the rebound politically, at least among Republicans. The GOP base has rallied to his defense, and many Republican lawmakers who witnessed the terror of the Capitol invasion are back in Trump’s corner.”

Politico: “Democrats are plowing forward with plans to pass a massive covid relief package. And if Republicans don’t join them, they won’t forget it.”

“Already, there’s talk about midterm attack ads portraying Republicans as willing to slash taxes for the wealthy but too stingy to cut checks for people struggling during the deadly pandemic. And President Joe Biden’s aides and allies are vowing not to make the same mistakes as previous administrations going into the midterms elections. They are pulling together plans to ensure Americans know about every dollar delivered and job kept because of the bill they’re crafting. And there is confidence that the Covid-relief package will ultimately emerge not as a liability for Democrats but as an election-year battering ram.”

“President Biden is strongly signaling he won’t compromise on the basic planks of his giant coronavirus relief package,” the Washington Post reports.

“With millions of Americans set to be cut off from unemployment benefits in March, top White House officials are eyeing the first week of March to push through and enact Biden’s $1.9 trillion package. And the president himself drew his clearest red line yet, saying Friday he couldn’t ‘in good conscience’ shrink and delay the package.”

“This is one of those rare instances — maybe not exceedingly rare, but it doesn’t happen often — where the best policy perfectly aligns with the politics.” — Sen. Bob Casey (D-PA), quoted by Politico, on the benefits to Democrats of passing the Covid-19 relief bill.

Jonathan Chait: “Joe Biden assumed the presidency confronting an economic crisis reminiscent of the one that faced him when he and Barack Obama took office 12 years earlier. But it is already apparent that the political atmosphere surrounding Biden is unrecognizable. He enjoys freedom of action and a presumptive legitimacy in tackling the crisis that had been denied the last Democratic presidency. Every actor around him — the Republican opposition, business, the mainstream media, and Democrats in Congress — are behaving differently. It’s as if he’s the president of a completely different country than the one that existed in 2009.”

“This is not because the present crisis is more severe. Just the opposite: The deepest and darkest moment of the contraction has passed, and the question before the economy now is how rapidly it can return to health. A dozen years ago, the economy was plunging so rapidly nobody could even measure the speed of the collapse, let alone discern a bottom.”

“No matter how hard you squint, or what angle you look at it from, the coronavirus vaccines are a triumph. They are saving lives today; they will help end this pandemic eventually; and they will pay scientific dividends for generations,” Axios reports.

“The pandemic isn’t over. There are still big threats ahead of us and big problems to solve. But for all the things that have gone wrong over the past year, the vaccines themselves have shattered even the most ambitious expectations.”

Key takeaway: “Developing a vaccine takes an average of 10 years — if it works at all. Despite years of well-funded research, there are still no vaccines for HIV or malaria, for example. We now have multiple COVID-19 vaccines, all developed in less than a year.”

“The coronavirus variant that shut down much of the United Kingdom is spreading rapidly across the United States, outcompeting other mutant strains and doubling its prevalence among confirmed infections every week and a half,” the Washington Post reports.

New York Times: “Three decades ago, the United States spawned, then cornered, the market for hackers, their tradecraft, and their tools. But over the past decade, its lead has been slipping, and those same hacks have come boomeranging back on us. Yet no one in government has seriously paused to recalibrate the strategy.”

“America remains the world’s most advanced cyber superpower, but the hard truth, the one intelligence officials do not want to discuss, is that it is also its most targeted and vulnerable. … At this very moment, we are getting hacked from so many sides that it has become virtually impossible to keep track, let alone inform the average American reader who is trying to grasp a largely invisible threat that lives in code, written in language that most of us will never fully understand.”

Washington Post: “On one side is Postmaster General Louis DeJoy, who, with the backing of the U.S. Postal Service’s governing board, is expected as soon as next week to outline a new vision for the agency, one that includes more service cuts, higher and region-specific pricing, and lower delivery expectations.”

“But congressional Democrats are pressing President Biden to install new board members, creating a majority bloc that could oust DeJoy, a Trump loyalist whose aggressive cost-cutting over the summer has been singled out for much of the performance decline. The fight over the agency’s future is expected to be fraught and protracted, leaving Americans with unreliable mail delivery for the foreseeable future.”

Wall Street Journal: “Mr. Biden issued an executive order on his first day in office to stop construction of the border wall temporarily … Stopping construction for good, however, is complicated.”

“Recently, government lawyers have withdrawn their requests for immediate possession in some of the cases. However, the cases remain pending, with several hearings set for March.”

CNN reports that “a stir-crazy Trump has spent the last two days livid and fuming to aides and allies about what he views as a betrayal by McCarthy for standing by Cheney and not punishing her for her vote to impeach.”

Wall Street Journal: “Republicans are for the first time in four years living without fear of presidential tweets inviting primary election challenges, or having to comment on his often controversial pronouncements. “Members definitely don’t miss it,” said one GOP Senate aide. Some Republican lawmakers and strategists are privately hoping that Mr. Trump’s exile from Twitter might make it easier for the party to move on from him to focus on the policy issues at hand—and on countering Mr. Biden.”

“But the start of Mr. Trump’s trial this week not only has kept the former president at the forefront of the Washington agenda but also means Senate Republicans face another public test of their loyalty to him, with their base voters watching closely.”

“A large part of the phase one trade deal between China and the United States that entered into force almost one year ago was a “failure,” the South China Morning Post reports.  “US. exports of phase one goods to China in 2020 fell more than 40% short of the target.”

“Under heavy security and after several delays due to the coronavirus lockdown, Prime Minister Benjamin Netanyahu arrived Monday morning at the Jerusalem District Court for a much-anticipated hearing in his corruption trial, focusing on his and other defendants’ response to the indictments and kicking off the intensified evidentiary phase of the trial,” the Times of Israel reports.

Rep. Ron Wright (R-TX) died Sunday night after a battle with Covid-19, the Dallas Morning News reports. The congressman, who was reelected in November, had also been battling cancer.

“The court’s decision brings to an end the district attorney’s quest to ensure that the campaign chairman, Paul J. Manafort, will face state charges for mortgage fraud and other state felonies, crimes similar to those for which he was convicted in federal court and then pardoned by Mr. Trump.”