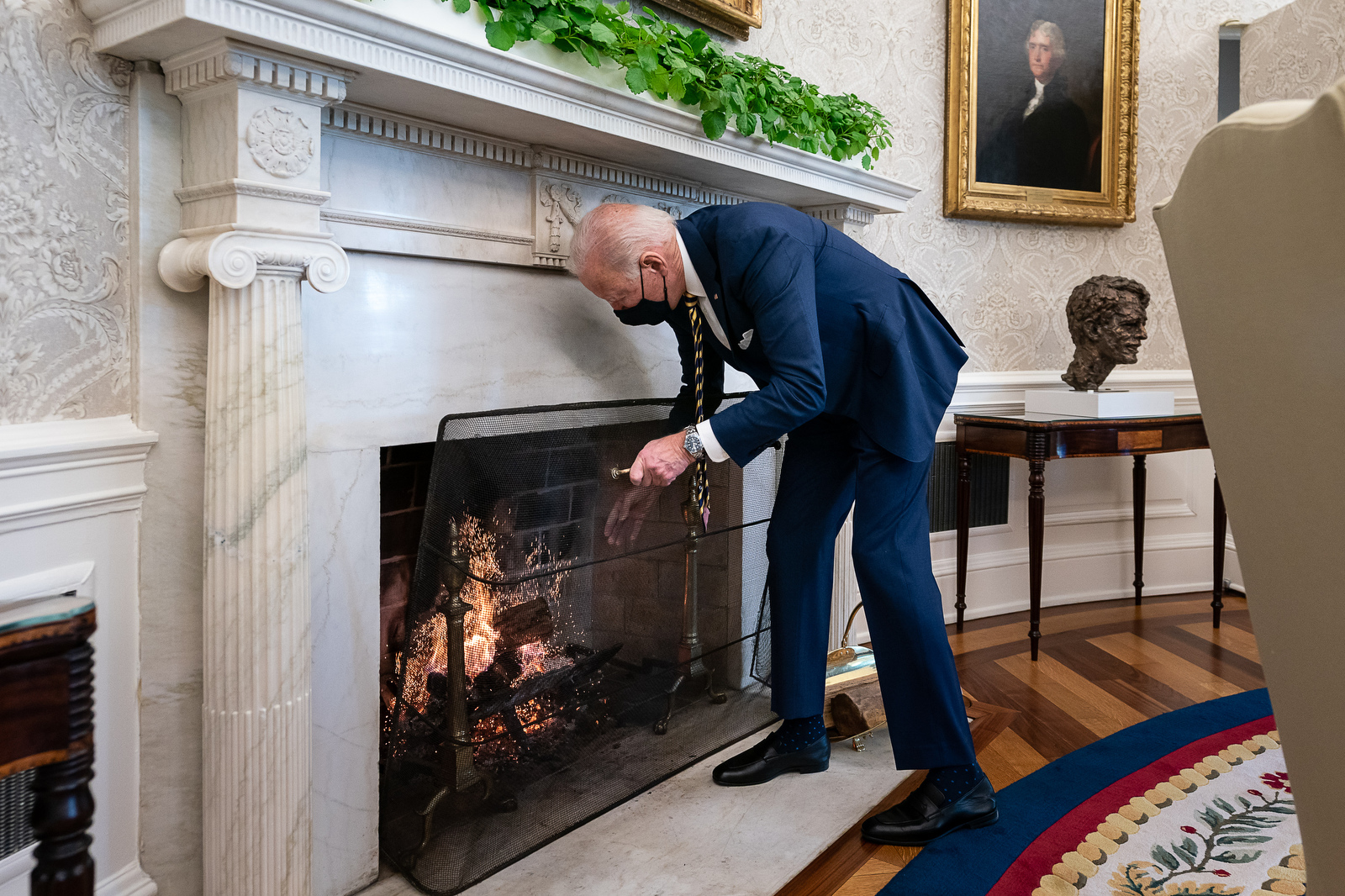 “President Biden said the U.S. will only lift sanctions on Iran if it stops enriching uranium and wouldn’t use sanctions relief as a way to lure Tehran back to the negotiating table over the 2015 nuclear accord,” the Wall Street Journal reports.

“Iran’s Supreme Leader Ayatollah Ali Khamenei called on Sunday for the U.S. to lift its sanctions as a prerequisite for returning to the 2015 nuclear deal.”

Secretary of State Antony Blinken announced Saturday that the Biden administration has suspended and begun the process to terminate Trump-era migration agreements with El Salvador, Guatemala and Honduras, CNN reports.

“State and local governments in early 2020 expected the pandemic-induced downturn to decimate their budgets, as millions of business closures and layoffs wiped out tax revenue,” the Wall Street Journal reports.

“In many places, the fiscal picture hasn’t been nearly as dire as feared.”

“A flood of federal aid for businesses and households helped prop up incomes and consumer spending. Unemployment fell and economic activity picked up much faster than expected. Unlike in previous recessions, equity and housing markets have done well.”

“Democrats and Republicans eager to tidily conclude former President Donald Trump’s impeachment trial within a week may have a fresh obstacle in front of them: the biblical commandment to keep the Jewish Sabbath,” the New York Times reports.

“One of the lead defense lawyers for Mr. Trump has informed Senate leaders that he is an observant Jew who strictly adheres to the commandment against working on the Sabbath, and thus would be unable to participate in any proceeding that stretched past sundown on Friday or met on Saturday.”

Senate Majority Leader Chuck Schumer (D-NY) on Saturday said that the Senate will grant a request from one of former President Trump’s attorneys to hit pause on the impeachment trial during the Jewish Sabbath.   Justin Goodman, a spokesperson for Schumer, said in a statement Saturday evening that the Senate majority leader will grant Schoen’s request.  “We respect their request and of course will accommodate it,” Goodman said, according to the Times. “Conversations with the relevant parties about the structure of the trial continue.”   A mutual agreement among senators must be reached to hold the trial on a Sunday.

“Democrats made a push for witnesses central to President Donald Trump’s first impeachment trial. But not this time,” Politico reports.

“Senate Democrats are making it clear they’re taking a different approach than they did for Trump’s infamous Ukraine call. Now, they say their experience as witnesses to the Jan. 6 insurrection is enough.”

“Somebody who has provoked an attack on the United States Capitol to prevent the counting of electoral votes, which resulted in five people dying, who refused to stand up immediately when he was asked to stop the violence, that is a person who does not have a role as the leader of our party going forward. We should not be embracing the former president.”  — Rep. Liz Cheney (R-WY), in an interview on Fox News.

“Cheney rolled the dice, refusing her leader’s ask and counting on her supporters to keep her as conference chair, the party’s No. 3 post in the House. Newly empowered, she’s now embracing her role as the Republicans’ Trump critic-in-chief.”

“Joe Biden, the first sitting U.S. president to openly oppose the death penalty, has discussed the possibility of instructing the Department of Justice to stop scheduling new executions,” the AP reports.

“If he does, that would end an extraordinary run of executions by the federal government, all during a pandemic that raged inside prison walls and infected journalists, federal employees and even those put to death.”

John Harwood: “If the GOP remains an honest voice for a wide swath of Americans in the democratic competition of ideas, President Joe Biden has reason to follow his instincts toward common ground on Covid-19 relief and the rest of his agenda. But if the GOP has devolved into something else — dishonest, detached from reality, bent on gaining power by undemocratic means if necessary — he can justify skipping the time and effort.”

“Biden has straddled the question so far. But Republican leaders plainly fear the party risks forfeiting its historic claim as the mainstream conservative alternative to Democratic liberalism.”

Washington Post: “A few weeks after taking office, Biden and his team are confronted with numerous challenges, including smoothing over chaotic operations, boosting flagging morale and staffing up agencies that dwindled. To achieve their policy goals, they must move quickly to communicate a sense of mission, build expertise, improve performance, assure stability and regain public confidence, analysts say.”

“Looking across the agencies… experts on the federal government see symptoms of the damaged bureaucracy: Key jobs are unfilled, talent has departed, departments were politicized, and morale was harmed. Civil servants have hunkered in a defensive crouch as Trump and his allies demanded political loyalty, tested their professionalism and called them the intransigent ‘deep state.’”

Robert Reich: Trump left behind a monstrous predicament. Here’s how to tackle it.

“Senior Democrats on Monday will unveil legislation to provide $3,000 per child to tens of millions of American families, aiming to make a major dent in child poverty as part of President Biden’s $1.9 trillion economic relief package,” the Washington Post reports.

“It also comes days after Sen. Mitt Romney (R-UT) surprised policymakers with a proposal to send even more in direct cash per child to American families, lending bipartisan support to the major push for child benefits.”

Doyle McManus: “Biden and his advisors say two experiences during the administration of Barack Obama have shaped their actions. One is the economic stimulus bill of 2009, which they trimmed to $787 billion in hopes of winning GOP support. The measure wasn’t big enough to jump-start the economy, and unhappy voters revolted against Democrats in the 2010 midterm election.”

“The second experience was Obama’s fruitless search for bipartisan support on his healthcare legislation in 2010, a months-long quest that nearly torpedoed the entire bill. Biden said it was ‘an easy choice’ to avoid similar negotiations this time.”

“His calculation is straightforward: In 2022, voters are more likely to remember whether he delivered enough aid to revive the economy than whether the bill passed with Republican votes.”

New York Times: “More than 1,000 people who had been detained after crossing have been released into the country in recent days in a swift reversal from the Trump administration’s near shutdown of the border. Many more people are gathering on the Mexican side, aggravating conditions there and testing America’s ability and willingness to admit migrants during a pandemic.”