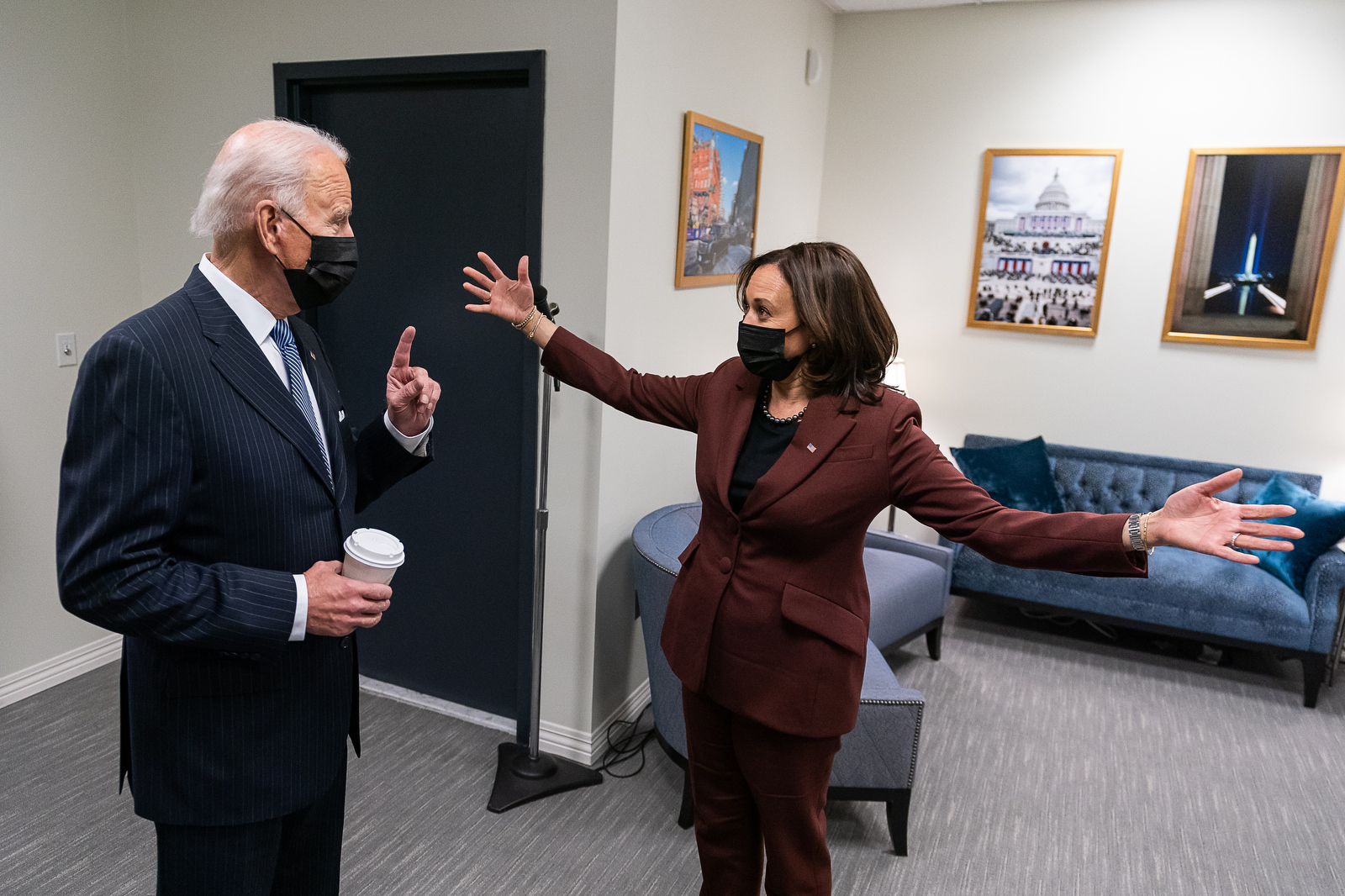 A new ABC News/Ipsos poll finds 56% of Americans say Donald Trump should be convicted at his second impeachment trial and barred from holding office again, and 43% say he should not be.

“Two in 3 Americans approve of President Biden’s handling of the coronavirus pandemic, according to a poll by ABC News-Ipsos, with widespread support for his efforts to pass a relief bill.”

“Biden’s 67% approval on handling the coronavirus contrasts sharply with how Americans felt President Donald Trump handled the pandemic. In October, 61% said they disapproved of Trump’s response to the coronavirus.”

“In the weeks since the January riot at the Capitol, there has been a raft of stories about voters across the country leaving the Republican Party. Some of the numbers are eye-catching and suggest that the GOP may be shrinking before our eyes, but a closer look at the numbers over time shows that a larger change has been working its way through the party for some time,” NBC News reports.

“In fact, when one takes into account shifts in the composition of the Democratic Party, the real story seems to be more about a deeper remaking of the nation’s two major political parties.”

Politico: “Mike Pence is returning to his radio roots after a 22-year hiatus from the airwaves. The former vice president will launch a podcast in the coming months hosted by the Young America’s Foundation, a conservative youth organization dating back to the 1960s.”

“Pence will join YAF as the group’s first Ronald Reagan presidential scholar, and is expected to become a regular member of its campus lecture circuit once it is safe to resume such events, which have been halted by the Covid-19 pandemic.”

Barnes has had an acrimonious relationship with state party leaders for years. The state party endorsed his primary foe in 2014, though Barnes held on 54-46. Barnes later that year filed a defamation lawsuit against the party for allegedly sending out mailers during the nomination fight that he claimed contained false statements against him, though a jury rejected it in 2016.

Barnes, who was termed-out of the lower chamber in 2018, decided to challenge state Senate Minority Leader Kenny Yuko in that year’s primary, but Yuko won 59-41.

NEW JERSEY 5TH CD — Wantage school board president Nicholas D’Agostino announced Wednesday that he’d seek the Republican nomination to challenge Democratic Rep. Josh Gottheimer. This seat, like many neighboring areas in North Jersey, has moved to the left over the last few years: this CD swung from 49-48 Trump to 52-47 Biden.

MINNESOTA GOVERNOR — On Thursday, Lexington Mayor Mike Murphy became the first notable Republican to announce a bid against Democratic Gov. Tim Walz. Murphy leads a tiny Twin Cities suburb with a population of only about 2,000 people, so he won’t be able to count on much of a geographic base of support in what could be a crowded contest.

ILLINOIS GOVERNOR — Chicago Cubs co-owner Todd Ricketts was recently reappointed finance chair of the Republican National Committee, a development that the Chicago Sun-Times says indicates that he’s “not seriously considering” a bid against Democratic Gov. J.B. Pritzker. Politico reported in December that Ricketts was privately not ruling out a campaign, but he’s shown no obvious interest since then.

IOWA U.S. SENATOR –– While Republican Sen. Chuck Grassley recently said that he’d announce in “several months” whether he’d seek an eighth term, we may get his decision a lot earlier than that. Grassley told Iowa media on Wednesday, “I don’t have a timetable for that, but it’s several weeks off, I would say.”

LOUISIANA 5TH CD — The state Republican Party over the weekend endorsed University of Louisiana Monroe official Julia Letlow, who is running in the March 20 all-party primary to succeed her late husband, Rep.-elect Luke Letlow. Eight other Republicans are competing in this very red northeast Louisiana seat, but none of them appear to have the name recognition or resources needed to put up a serious fight.

NORTH CAROLINA U.S. SENATOR — Democratic state Rep. Rachel Hunt told Morning Consult this week that she was not ruling out a bid for this open Senate seat and that she could decide after the legislative session ends in early July. Hunt is the daughter of Jim Hunt, who served two stints as governor from 1977 to 1985 and from 1993 through 2001.

Thompson, whose jurisdiction includes Waterloo in the northeastern corner of the state, told The Courier that he’d received some encouragement from labor leaders and local community members, but that he had not been in contact with the state party. He continued, “It’s not that I’m the right person at all, but somebody from outside of the golden dome—somebody from outside of central Iowa being able to bring a new perspective, new growth, new breath to that race is probably what is enticing, not Tony Thompson.”

SOUTH CAROLINA GOVERNOR / U.S. SENATOR — Columbia Mayor Steve Benjamin said Thursday that he would not run for another term as leader of South Carolina’s capital city this year, and while he still hasn’t said no to seeking the Democratic nomination for governor next year, he doesn’t sound likely to do it.

Benjamin, who previewed his announcement by tweeting, “no…I am not announcing a run for Governor,” told the AP that, while he wasn’t ruling out seeking elected office again, he wanted to use his time away to focus on his family and legal career. Benjamin, though, did make it clear he wouldn’t be challenging Republican Sen. Tim Scott.

SOUTH CAROLINA 7TH CD — On Wednesday, Horry County School Board chair Ken Richardson became the first Republican to launch a primary campaign against incumbent Tom Rice, who was recently censured by the state party for his vote to impeach Donald Trump. Richardson is the former owner of a Mercedes-Benz car dealership, which, according to the Post & Courier, has made him “well known” in the Myrtle Beach area.

A number of other Republicans are considering campaigns against Rice including state Rep. William Bailey, who recently formed an exploratory committee, and state House Majority Whip Russell Fry. A runoff would take place if no candidate won a majority of the vote in the primary, so a divided field may not prove helpful to the incumbent.