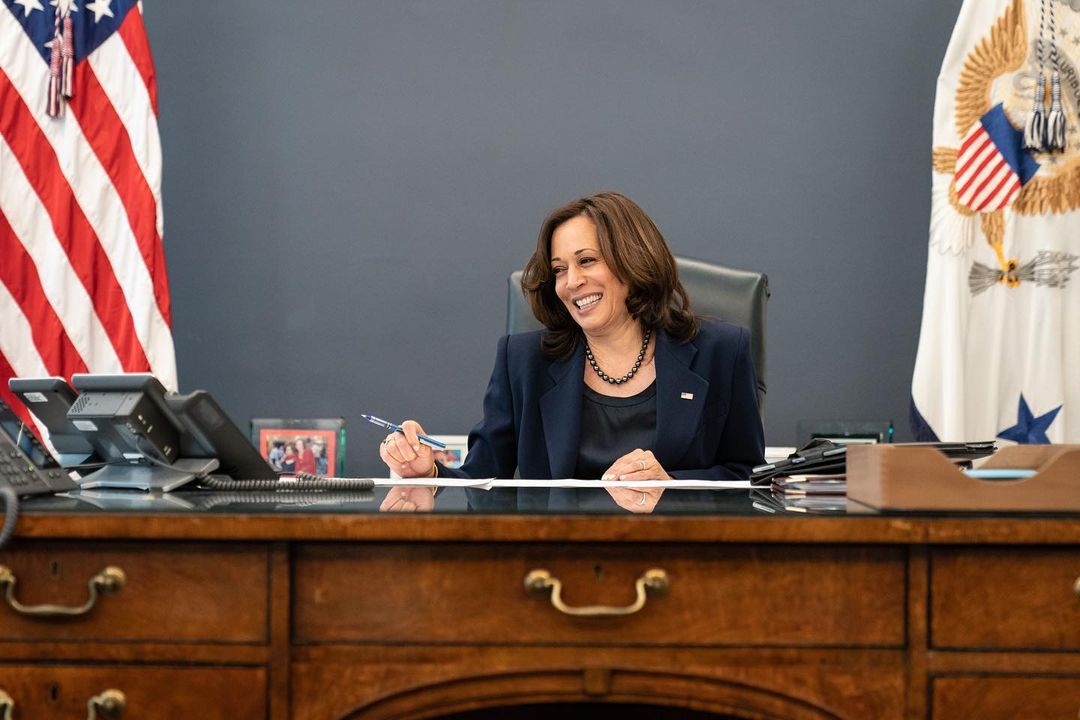 A new AP-NORC poll finds 61% approve of President Joe Biden’s handling of his job in his first days in office.

“Even at a moment of deep national divisions, those numbers suggest Biden, as with most of his recent predecessors, may enjoy something of a honeymoon period. Nearly all modern presidents have had approval ratings averaging 55% or higher over their first three months in office, according to Gallup polling. There was one exception: Donald Trump, whose approval rating never surpassed 50% in Gallup polls, even at the start of his presidency.”

A new Gallup poll finds 57% of Americans approve of the job Joe Biden is doing as president.

That is just below the average 60% rating for post-World War II presidents elected to their first term.

Gallup: “Americans’ satisfaction with seven broad aspects of the way the country functions is collectively at its lowest in two decades of Gallup measurement. This includes satisfaction with the overall quality of life in the U.S., assessments of government, corporate and religious influence, and perceptions of the economic and moral climates.”

“The average percentage satisfied with these seven dimensions has plunged to 39% at the start of 2021.”

A new Quinnipiac poll finds 50% of Americans say the U.S. Senate should convict former President Donald Trump while 45% say the Senate should not convict him.

“The move comes a day after the former vice president launched his transition office and announced plans to relocate to his home state of Indiana this summer. Pence is expected to announce additional plans related to his future in the coming weeks, beyond his efforts to boost House and Senate Republicans ahead of the 2022 midterms. He reportedly plans to also launch a fundraising committee related to policy.”

“The campaign to oust Newsom went from unlikely to unavoidable this week as pervasive frustration with Newsom’s pandemic management cut sharply into his approval numbers. The longer businesses have been closed, hospitals full and school campuses shut, the more the movement has gained traction beyond conservative social media circles.”

FLORIDA GOVERNOR — Rep. Val Demings (D-FL) told the Washington Post she is open to the possibility of running for Florida governor or U.S. Senate in 2022.

Said Demings: “I certainly would not talk about any private conversations that I’m having. But as I said, there’s plenty of work to do in the House right now. If that would take me to another campaign, then I’m keeping that door open.”

Democratic Rep. Al Lawson on Tuesday played down a recent report from Florida Politics saying that he was considering a bid for governor, though he didn’t quite close the door on the idea. “It was quite a surprise,” Lawson said of the story before adding, “I haven’t been thinking about it and it is not on my radar.”

Florida Politics wrote afterwards, “Despite his begging off, a key adviser of his volunteered the case Tuesday that Lawson could run, was thinking about running and had a path in what could be a very deep field.” Gancarski, though, acknowledged, “Time will tell whether Lawson’s adviser was floating a trial balloon or freelancing some ideas.”

“More than 10,000 Arizona Republicans left the party in January — a historic month marked by the insurrection of the US Capitol, an impeachment trial, and the censure of three prominent Republicans,” the Copper Courier reports.

“Most former Republicans — 6,750 — chose to forego any party affiliation, while 1,374 switched to the Democratic Party and 1,108 opted for Independent. The Libertarians gained another 485 members from former Republicans and two individuals changed their registration to the Green Party. Another 554 voters opted for what the Secretary of State’s Office describes as a ‘non-recognized political party.’”

Over the last month, she has pushed through impeachment proceeding against former President Donald Trump in a single day. She held no hearings. Nonetheless, she picked up 10 votes from Republicans to impeach Trump. She installed magnetometers outside the House floor — without telling Republicans — after she heard that some members planned to bring guns into the chamber. When some Republicans refused to comply with the screening, she passed large fines on anyone violating the new rules.

She has stripped Rep. Marjorie Taylor Greene (R-GA) of her committee assignments over her pushing conspiracy theories and hateful rhetoric. It’s an unprecedented move by the majority party but forced when Republicans refused to take action on a member of their own caucus.

CNN: “Run For Something, the PAC that supports young progressives running for state and local office, says 6,554 people signed up for its pipeline in January, many of whom indicated their interest to run in the wake of the insurrection at the US Capitol on January 6.”

“The high interest comes on the heels of Democrats winning the White House and Senate, and maintaining their majority in the House.”

GEORGIA U.S. SENATOR / GOVERNOR — Unnamed sources close to former Republican Rep. Doug Collins say that they believe he’s leaning towards taking on Democratic Sen. Raphael Warnock over a primary bid against Gov. Brian Kemp. They add that, if he decides to run for the Senate again, they think he’ll need to decide no later than early April. While Collins’ camp publicly said last week that he was considering both races, they haven’t indicated which one he prefers.