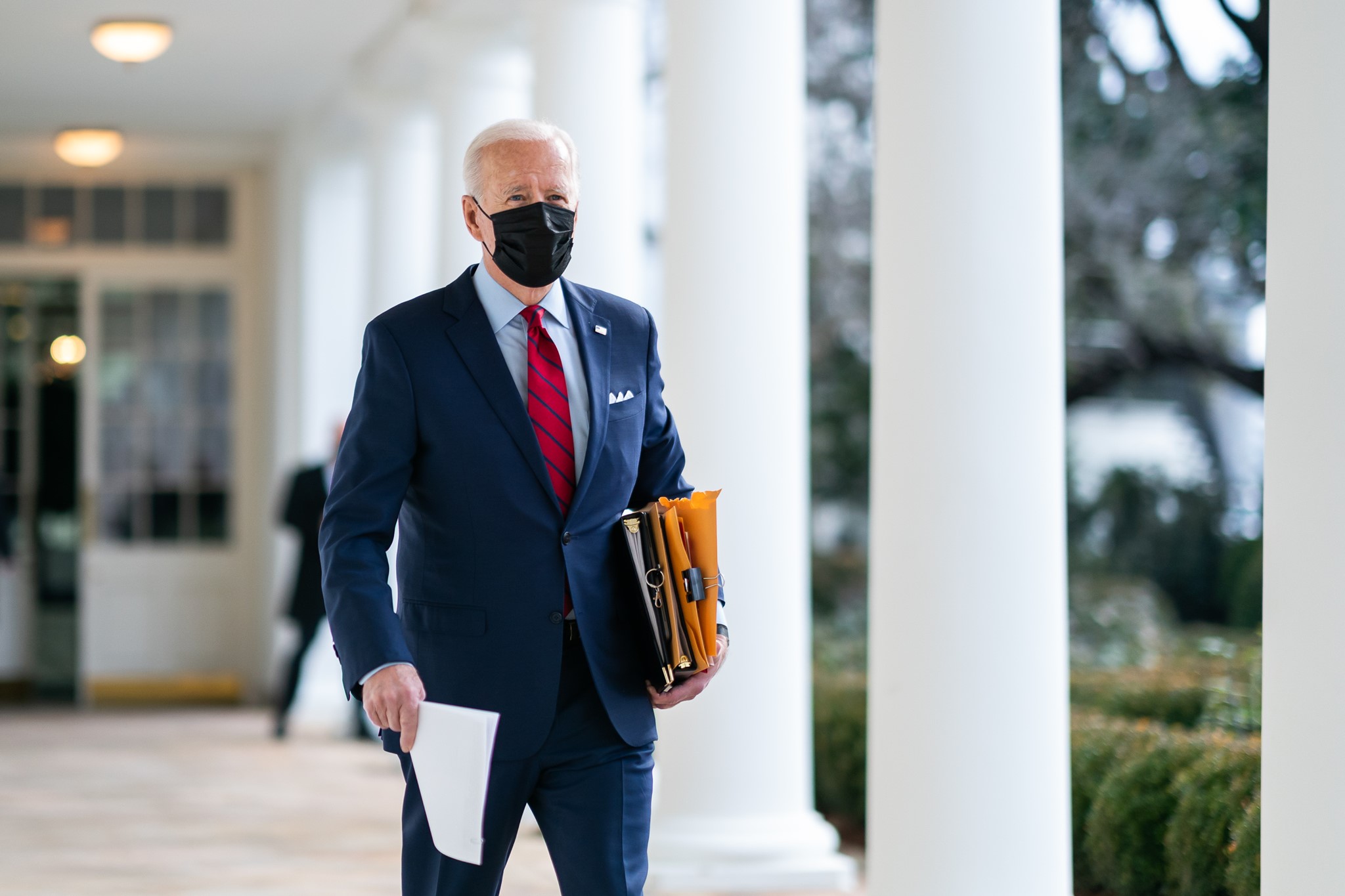 “Former President Donald Trump’s five impeachment defense attorneys have left a little more than a week before his trial is set to begin, according to people familiar with the case, amid a disagreement over his legal strategy,” CNN reports.

“It was a dramatic development in the second impeachment trial for Trump, who has struggled to find lawyers willing to take his case. And now, with legal briefs due next week and a trial set to begin only days later, Trump is clinging to his election fraud charade and suddenly finds himself without legal representation.”

“A person familiar with the departures told CNN that Trump wanted the attorneys to argue there was mass election fraud and that the election was stolen from him rather than focus on the legality of convicting a president after he’s left office. Trump was not receptive to the discussions about how they should proceed in that regard.”

Playbook: “This presents a serious conundrum for the Senate: They have to give Trump due process, but if he goes out and hires attorneys to make the arguments he wants, the chamber could find itself giving a platform to the very conspiracy theories that led to the deadly Jan. 6 riot.”

“Donald Trump on Sunday named two lawyers to his impeachment defense team, one day after it was revealed that the former president had parted ways with an earlier set of attorneys,” the AP reports.

“The two lawyers representing him will be David Schoen, a criminal defense lawyer with offices in Alabama and New York, and Bruce Castor, a former county prosecutor in Pennsylvania. Both issued statements through a Trump adviser saying that they were honored to take the job.”

“A group of Senate Republicans is requesting a meeting with President Joe Biden to begin bipartisan negotiations on the next coronavirus relief bill, even as Democratic leaders are prepared this week to go down a path that could pass a new $1.9 trillion coronavirus aid package with all Democratic votes,” Politico  reports.

“President Biden on Sunday invited a group of Republican senators to meet with him at the White House early this week after they proposed a more targeted economic relief package, but the administration gave no indication it is ready to budge from its original $1.9 trillion proposal,” The Hill reports.

Sen. Joe Manchin (D-WV) was not amused by Vice President Kamala Harris’s interview with a local television station, WSAZ reports. Said Manchin: “I saw the interview. I couldn’t believe it. No one called me. We’re going to try to find a bipartisan pathway forward, but we need to work together. That’s not a way of working together.”

“Senate Democrats are staring down a massive undertaking as they plan to push ahead with reconciliation, a process that will be an early test of party unity even if it allows them to pass a $1.9 trillion Covid relief proposal without any Republican votes,” CNN reports.

“New Majority Leader Chuck Schumer has absolutely no room for error and he must convince every single Democrat to vote together or risk letting Biden’s first legislative priority falter under his leadership.”

Sen. Bernie Sanders told ABC News that he believed Senate Democrats have the votes to pass another COVID-19 relief package.

Said Sanders: “Yes, I believe that we do because it’s hard for me to imagine any Democrat, no matter what state he or she may come from, who doesn’t understand the need to go forward right now in an aggressive way to protect the working families of this country.”

“Chanting slogans against President Vladimir Putin, tens of thousands took to the streets Sunday across Russia’s vast expanse to demand the release of jailed opposition leader Alexei Navalny, keeping up the nationwide protests that have rattled the Kremlin,” the AP reports.

“More than 3,300 people were detained by police, according to a monitoring group, and some were beaten.”

“Former President Donald Trump’s impeachment trial will be conducted on the Senate floor, live on TV. The Senate investigation into Sens. Ted Cruz and Josh Hawley will take place behind closed doors by one of the most secretive committees in Congress,” Politico reports.

“After multiple leading Democrats called for the two Republicans to resign, Cruz and Hawley’s challenge to President Joe Biden’s Electoral College win is now tied up in the opaque Senate Ethics Committee. And while Trump’s impeachment trial will conclude quickly, the probe into whether the two senators played a role in inciting the violent Capitol attack will unwind over an interminable timetable with little hint of where it is going.”

New York Times: “For Mr. McConnell, the path to reclaiming the majority decidedly does not go through Mr. Trump. The Kentucky senator has stopped speaking to Mr. Trump, hasn’t taken his calls since after the Electoral College met last month and has told associates that he envisions 2022 as an outsized replay of the Tea Party era, when party leaders clashed with the far right.”

“He was puzzled by Mr. McCarthy’s trek to see Mr. Trump this week because he fears a Trump-dominated party will lead to disaster in party primaries and losses in key Senate races like those in Pennsylvania and Arizona.”

“Top Trump officials actively lobbied Congress to deny state governments any extra funding for the Covid-19 vaccine rollout last fall — despite frantic warnings from state officials that they didn’t have the money they needed to ramp up a massive vaccination operation,” Stat News reports.

New York Times: “Mr. Trump’s strongest fund-raising came in the immediate aftermath of the election… The donations were made public over the weekend in a Federal Election Commission filing by WinRed.”

“The new records show that his fund-raising fell sharply in December compared with November, with an especially notably dip after Dec. 14, the day the Electoral College formally cast its ballots to make Mr. Biden the nation’s 46th president.”

“Former Vice President Mike Pence is beginning to build a political future without Donald Trump, including making plans to form a policy-focused political committee that would help him maintain a relationship with donors,” NBC News reports.

“Rep. Adam Kinzinger (R-IL), one of 10 Republicans to vote to impeach Donald Trump earlier this month, has launched a new leadership political action committee that is designed to become a financial engine to challenge the former president’s wing of the GOP caucus and stand up against a leadership team still aligned with him,” the Washington Post reports.

“When President Donald Trump was reported to be considering clemency for former state Assembly Speaker Sheldon Silver this month, it touched off a political clash played out behind the scenes in Washington and in New York,” Newsday reports.

“On Jan. 19, the White House had contacted Silver’s wife of more than 40 years, Rosa, at their Lower East Side apartment… The Trump administration advised her to prepare to pick up her husband at the Otisville Federal Correctional Institution in Orange County as soon as the next day.”

“The next morning, on Jan. 20, Silver’s clemency bid was scuttled.”