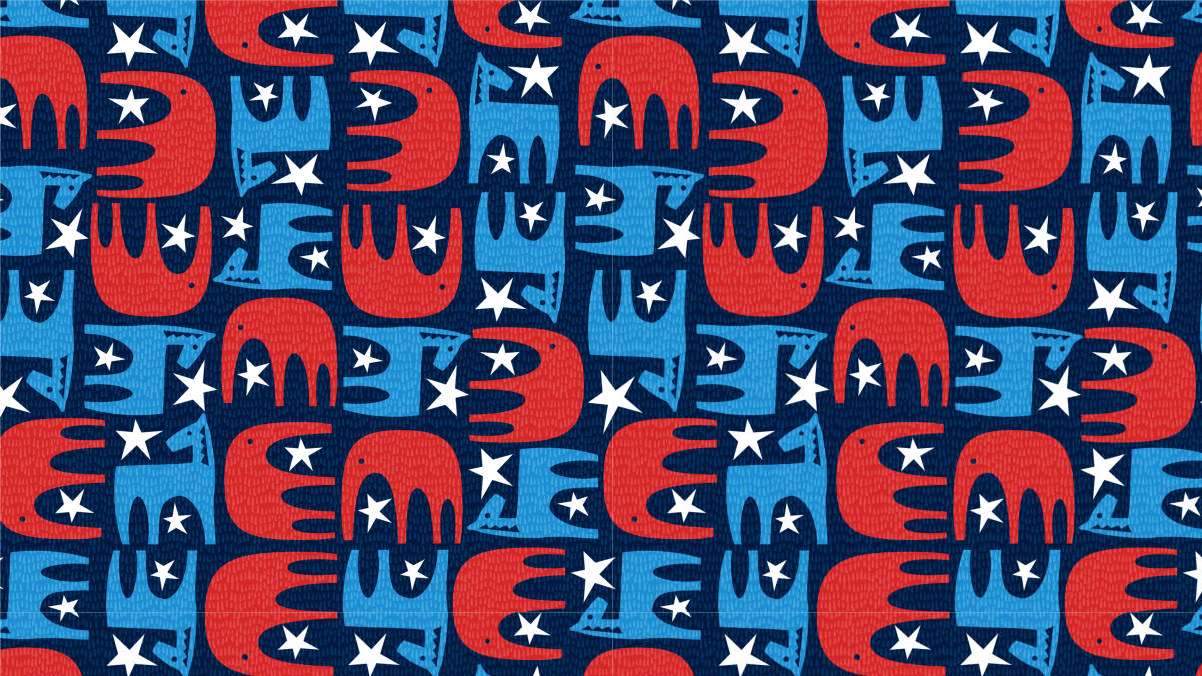 “The Republican Party is riven by internal tensions, and moderate voices fear it is headed for disaster at the hands of the far right,” The Hill reports.  “The centrists’ worry is that the party is branding itself as the party of insurrectionists and conspiracy theorists. This spells catastrophe for the GOP’s ability to appeal beyond a hardcore base, they say.”

“Republicans tasked with taking back the Senate in 2022 are preparing for a contentious primary season, fearful that former President Donald Trump could use his popularity inside the party to back candidates who could struggle in statewide races,” CNN reports.

Harry Enten: “Trump’s in a historically strong primary position for an ex-president. Indeed, he’s polling tremendously well among Republicans in the context for any future presidential nominee.”

“Republican leaders go against Trump at their potential electoral peril. It’s not that other Republicans can’t beat Trump. We’ll have to wait and see on that. Rather, it’s that he could be a very big voice over the next four years.”

“And it offered a glimpse at political challenges ahead as state Republicans grapple with former President Donald Trump’s enduring grip on the party’s base as statewide elections, including a fresh U.S. Senate race, loom in 2022.”

“Ohio businessman Bernie Moreno (R) is likely to seek the Republican nomination to succeed retiring GOP Sen. Rob Portman in 2022, adding a twist to a contest that could help determine control of the Senate,” the Wall Street Journal reports.

“It would be the first campaign for Mr. Moreno, a wealthy owner of car dealerships and a technology company who has been reaching out to political strategists and pollsters about a likely campaign. He has been an active donor in recent years but isn’t well known in national Republican circles.”

OHIO GOVERNOR — Cincinnati Mayor John Cranley says he’ll report raising $350,000 in the second half of 2020 and has $500,000 on-hand ahead of a likely gubernatorial bid against Republican Gov. Mike DeWine next year. Cranley is the only Democrat who’s filed paperwork so far, and while he hasn’t announced a campaign, he says he’s “extremely serious about running.” He also just ruled out a run for Ohio’s newly open Senate seat.

COLORADO U.S. SENATOR — Rep. Ken Buck (R-CO) ruled out a 2022 U.S. Senate bid, ending speculation that he may try to challenge Sen. Michael Bennet (D) next year in a repeat of their face off a decade ago, the Colorado Sun reports.

FLORIDA U.S. SENATOR — Politico reports that the DSCC and Joe Biden are working to recruit either Rep. Val Demings or Rep. Stephanie Murphy to run against Republican Sen. Marco Rubio next year, though both have been “noncommittal.” Demings said last month she was considering a bid while Murphy declined to rule out the race in December.

PENNSYLVANIA U.S. SENATOR — Kenneth Braithwaite, a former Navy secretary in the Trump administration, is weighing a Senate run in Pennsylvania in 2022, Politico reports.

INDIANA U.S. SENATOR — In a new interview, former Democratic Sen. Joe Donnelly didn’t rule out a possible challenge to Republican Sen. Todd Young next year, saying that “we’ll see what the future holds.” However, Donnelly cautioned that he has “not made any kind of decisions on those types of things” and declined to specify any sort of timetable. Donnelly, who won a remarkable upset in 2012, lost his bid for a second term to Republican Mike Braun by a 51-45 margin in 2018.

WYOMING AT LARGE CD — Donald Trump’s “Save America” PAC is trying to put the hurt on Republican Rep. Liz Cheney by publicizing a poll of next year’s primary purporting to show the congresswoman in dire straits, but the polling outfit that conducted the poll is suspect. It’s from McLauglin & Associates, a firm heavily biased for Trump that has cooked numbers to please the Dear Leader before.

Regardless, the survey shows Cheney trailing both state Sen. Anthony Bouchard (who’s already announced a bid) and state Rep. Chuck Gray (whose name hasn’t come up previously) by the same 50-23 margin, and it even has her losing a three-way matchup, with Bouchard taking 28, Cheney 21, and Gray 17.

“Kelli Ward on Friday rejected calls for an audit into her recent reelection as the chair of the Arizona Republican Party and other party races, arguing that the state GOP does not have the structure to review them,” CNN reports.

NEW HAMPSHIRE U.S. SENATOR / GOVERNOR — WMUR reports that Republican operatives believe that former Sen. Kelly Ayotte, whose name has more frequently come up as a possible gubernatorial candidate if Gov. Chris Sununu decides to run for Senate, will herself “take a hard look” at a bid against Democratic Sen. Maggie Hassan. However, Ayotte and Sununu are “very unlikely” to run against one another, so presumably Ayotte would be more inclined to consider the governorship if Sununu goes for the Senate but would have greater interest in the Senate race if Sununu seeks re-election.

FLORIDA GOVERNOR — Politico reports that Democratic Rep. Charlie Crist is “maneuvering with the governor’s mansion in mind,” which is the first time we’ve seen reporting that the former governor might actually be considering a bid. The only other hint we’ve seen from Crist came in November, when he ran some unusual post-election ads thanking voters for re-electing him. That prompted observers to wonder if he was laying some early groundwork for another statewide bid, a possibility that he appeared not to rule out.

Crist won the governorship in 2006 as a Republican but waged an unsuccessful bid for the Senate in 2010 (during which he left the GOP to become an independent) rather than seek re-election. Crist became a Democrat two years later, and, after falling just short in a gubernatorial comeback bid in 2014, won the St. Petersburg-area 13th Congressional District in 2016.

ILLINOIS GOVERNOR — Wealthy businessman and Trump megadonor Gary Rabine, the founder of a paving company, is “expected” to launch a bid for governor next month, according to Politico. It’s not clear just how much Rabine is worth, but a 2016 report described his business operations as “a $210 million dollar conglomerate of 11 companies,” so if he still owns a large chunk of that enterprise, it’s likely he could at least partly self-fund a campaign.

Um, going from an unsuccessful county council run to running for Governor seems a bid of a stretch.

MARYLAND 1st CD— Former Del. Heather Mizeur formally announced a challenge to Republican Rep. Andy Harris on Thursday, a few weeks after saying she might do so in response to Harris’ role in inciting the Jan. 6 assault on Congress. Maryland’s 1st Congressional District, which voted for Donald Trump 59-39 in November, is safely red, but because Democrats control the redistricting process, they could adjust the lines to make it competitive.

WASHINGTON 4TH CD –Republican state Rep. Brad Klippert has launched a challenge to Rep. Dan Newhouse, one of the 10 House Republicans who voted to impeach Donald Trump, though in a lengthy statement announcing his bid, he didn’t actually use the word “impeachment” once.