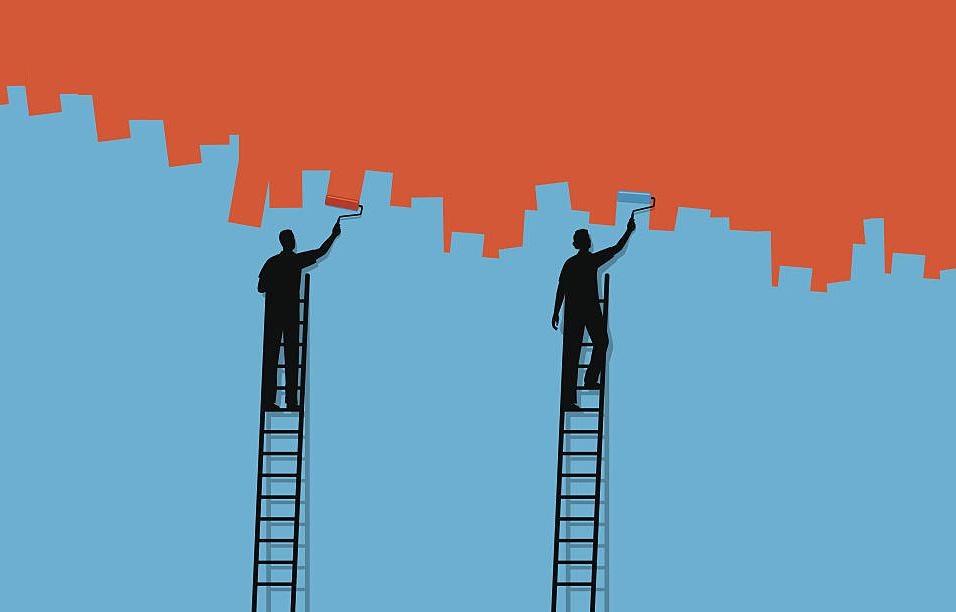 Chris Stirewalt, who called Arizona for Joe Biden on election night for Fox News but was recently fired by the network, writes in the Los Angeles Times that attempts to discredit the 2020 election results are “a cynical, knowing effort by political operators and their hype men in the media to steal an election or at least get rich trying.”

“When I defended the call for Biden in the Arizona election, I became a target of murderous rage from consumers who were furious at not having their views confirmed.”

Larry Sabato’s Crystal Ball: “Democrats’ clearest path to gaining seats runs primarily though the Rust Belt, as Pennsylvania and Wisconsin seem to be their top offensive races, though they may finally get lucky in North Carolina.”

“We rate four states — Arizona, Georgia, Nevada, and New Hampshire — as Leans Democratic, and these seem to be the most obvious GOP targets.”

“There will likely be more retirements this cycle, but they probably won’t change the fundamental picture.”

Cook Political Report: “Unreleased survey research—both quantitative polls and qualitative focus groups—since the January 6th attack on the Capitol suggests that between 25 and 30 percent of Trump voters now have very mixed feelings about having backed him. They are less likely to believe that the election was stolen, and they were alarmed by the attack in Washington. They care more about the coronavirus pandemic and the direction of the economy.”

“A Republican group is raising and spending huge amounts of money defending Sen. Josh Hawley after he was ostracized for early January’s attack on the U.S. Capitol,” Axios reports.

“The Senate Conservatives Fund is plugging Hawley’s ideological bona fides and backfilling lost corporate cash with needed political and financial support, helping inoculate him as he weighs reelection or a possible presidential campaign in 2024.”

“The initiative, called Groundwork Project, will try to leverage the former congressman’s substantial network of donors and allies to support community activists and ‘hyperlocal’ organizing efforts to help Democrats expand their base, win elections, and deliver on progressive policy priorities… Asked whether his still-unresolved future plans include thoughts about running for office again, Kennedy did not mince words: ‘No plans whatsoever.’”

SOUTH CAROLINA GOVERNOR — Wealthy businessman John Warren, who last year wouldn’t rule out a second primary challenge to Republican Gov. Henry McMaster, is once again saying the same thing. “I’m clearly not ruling it out,” he said recently, though he declined to provide any sort of timetable except to note that he waited until just four months before the primary before launching his 2018 bid.

Meanwhile, The State reports that he might not be the only Republican looking at this race. State Senate Majority Leader Shane Massey could challenge the governor, but would not comment. Massey has been a loud critic of McMaster’s response to the pandemic. Last month, Massey was one of several Republicans to prepare bills that would give legislators the final say over emergency orders.

Catherine Templeton, who also ran in 2018, said back in August that she was likely to run, though we haven’t heard anything from her since then. A runoff would take place if no one wins a majority in the first round of the primary, so McMaster couldn’t slip by with a plurality.

South Carolina has been a very tough state for Democrats especially in recent years, but a few local politicians have shown some interest in running. Former Rep. Joe Cunningham told Schechter he would consider his future “[o]ver the next few months.” Cunningham also expressed interest last year in seeking a rematch with Republican Nancy Mace, who narrowly unseated him in November, though redistricting could make that contest less attractive.

Columbia Mayor Steve Benjamin, who would be the state’s first Black governor, has also been mentioned as a prospective candidate for years, and he once again did not rule it out when asked. Benjamin and McMaster faced off in the open 2002 race for attorney general, a race McMaster won 55-44. Benjamin is up for re-election this year, and he hasn’t said if he’ll seek a fourth term.

State Sens. Marlon Kimpson and Mia McLeod also said they were thinking about a gubernatorial bid as did 2018 contender Marguerite Willis, an attorney who lost that year’s primary to James Smith 62-28. Schechter also lists former state Rep. Mandy Powers Norrell, who was Smith’s candidate for lieutenant governor, as considering, though there’s no quote from her.

CALIFORNIA GOVERNOR — Tech billionaire Chamath Palihapitiya has announced that he’ll run to replace Democratic Gov. Gavin Newsom in the event a recall election moves forward, though he didn’t specify which party banner, if any, he’d fly. Palihapitiya has given $1.3 million to Democratic candidates and causes over the last decade, along with one $5,000 donation to Ted Cruz in 2011.

MARYLAND GOVERNOR — Unnamed advisers to Baltimore County Executive John Olszewski, who previously did not rule out a run for governor, say Olszewski is now considering a bid for the Democratic nomination. Another Democrat, Howard County Executive Calvin Ball, is also not ruling out the race, according to Maryland Matters. Meanwhile, 2018 Democratic nominee Ben Jealous, who last year said he had not “closed the door on running for governor again,” is staying involved in Maryland politics by taking the helm of a new marijuana reform initiative.

VIRGINIA GOVERNOR — A second rich dude, former private equity executive Glenn Youngkin, has entered Virginia’s Republican primary for governor, just days after another finance guy, Pete Snyder, did the same. Snyder, by the way, has already released a TV ad, which the National Journal says is backed by a $250,000 buy, complaining about the slow pace of reopening schools and calling himself a “disruptor.” It’s not clear who he’s trying to reach with this sort of advertisement, though, given that the GOP nomination will be decided by, at most, just a few thousand delegates at the party’s May 1 convention.

Chen also briefly ran here in 2018 after Royce retired, but to help avoid a disaster in the top-two primary, he took one for the team and dropped out in order to reduce the number of Democratic candidates and, thereby, the chance that a fractured voted would allow two Republicans to advance to the general election.

PENNSYLVANIA 7th CD — Republican Lisa Scheller, who lost to Democratic Rep. Susan Wild 52-48 last year in Pennsylvania’s 7th Congressional District, has filed paperwork with the FEC in anticipation of another congressional bid, though it’s not clear exactly where she might run. Redistricting is set to scramble Pennsylvania’s map, and mindful of that, Scheller changed the name of her campaign committee from “Scheller for PA-07” to “Scheller for Congress.” She’s promised “a more formal announcement” about her plans over the summer.

PENNSYLVANIA 10th CD — Politico reports that the DCCC is trying to recruit 2020 nominee Eugene DePasquale for another go at Republican Rep. Scott Perry in Pennsylvania’s 10th District. DePasquale recently put out a statement calling on his former opponent to resign after the New York Times reported that he played a central role in trying to overturn last year’s presidential election.

Perry, the Times said, introduced Donald Trump to a Justice Department attorney who proposed ousting acting Attorney General Jeffrey Rosen and directing the DOJ to pressure Georgia officials into altering their state’s results. The congressman later confirmed the report. DePasquale wound up losing to Perry by a 53-47 margin last year but he insisted to Politico that the surge in Republican enthusiasm generated by Trump’s presence on the ballot “will not be in play in 2022.”

CALIFORNIA 21st CD — Former Fresno City Councilman Chris Mathys, who was last seen taking a distant third in the GOP primary for New Mexico’s 2nd Congressional District last year, has announced a challenge to Rep. David Valadao, one of the 10 House Republicans who voted to impeach Donald Trump earlier this month. Fresno isn’t located in California’s 21st Congressional District either, though it is closer than New Mexico.

This district, which is located near Fresno and Tulare, has long been reliably red turf, and any Democrat would have a very tough time unseating even a Republican as odious as Nunes. Arballo, though, told the Sacramento Bee that, while he didn’t expect the state’s independent redistricting commission to “dramatically change” the district lines, “we think they might be improved upon in terms of competitiveness.” No one knows what the new map will look like, however, and Arballo acknowledged that he was starting his campaign now “to make sure we have the resources to roll out when the time comes.”

Other Democrats might be interested in running if Nunes does become more vulnerable, but one familiar name has said no. 2018 nominee Andrew Janz, who lost to Nunes 53-47 and unsuccessfully ran for mayor of Fresno last year, told the paper that he was endorsing Arballo again.