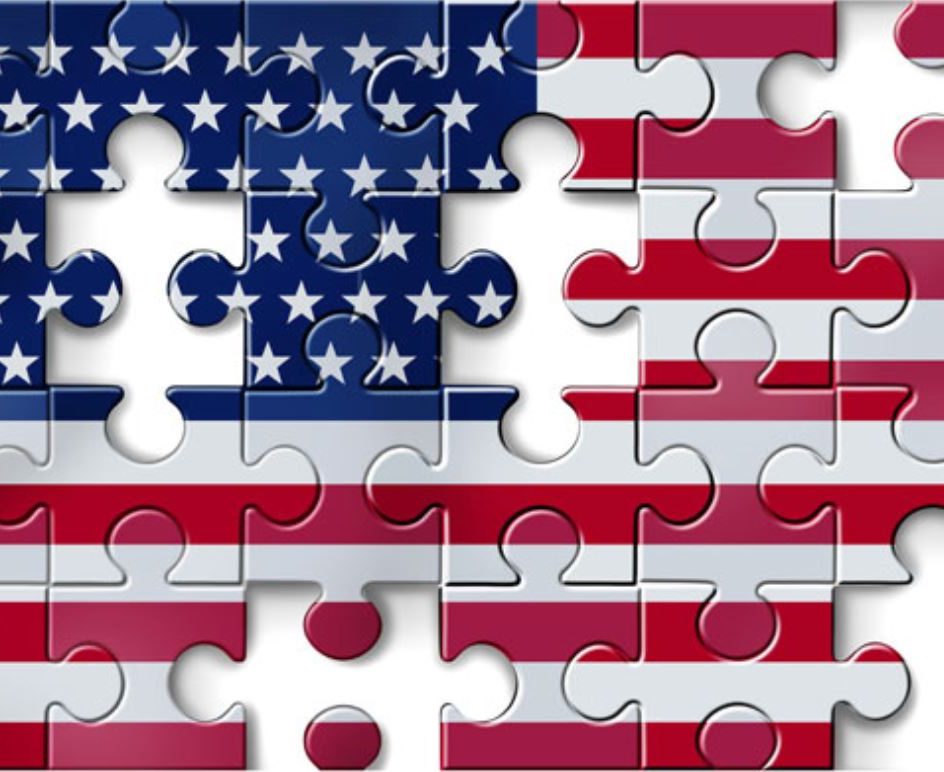 “A months-long delay in the 2020 census has both parties essentially flying blind as they maneuver for control of the House in the 2022 midterm elections,”  Politico reports.

“Congress is more closely divided than it’s been in decades, and only a small number of swing districts will sway the majority. But no one has a clear picture of what those districts will look like, or how they will be distributed among the 50 states in the upcoming round of redistricting.”

Politico: “The effort to retain Republicans who have won races in tough states came into focus on Monday when Sen. Rob Portman surprised Republicans by announcing he won’t seek a third term in Ohio. Republicans will still be favored in the Buckeye State but will now have to contend with a primary that already looks crowded, with a laundry list of Republicans considering or already taking steps towards running.”

“And there’s already concern that more could join him in running to the exits as the GOP prepares to serve in the minority for the first time since 2013. Next year’s Senate map has enough swing states that Republicans could retake the majority — but they could just as easily lose more seats.”

“After months of sounding the alarm on what she claimed was a stolen presidential election, Kelli Ward is facing questions about her own reelection Saturday as Arizona Republican Party chair,” the Arizona Republic reports.

“Sergio Arellano, the southern Arizona businessman who narrowly lost to Ward in a run-off, has asked state party officials for an audit of the election results.”

“For decades, the Conservative Political Action Conference has been a staple of Republican politics. In recent years, the conservative confab has been the go-to stop for rising GOP stars, grassroots organizers, and luminaries in the Trump movement. But President Donald Trump’s election loss has created hurdles around programming and guest booking,” Politico reports.

“Stringent coronavirus guidelines in Maryland have pushed the conference outside of the Washington, D.C. area for the first time in nearly 50 years. Previous sponsors aren’t yet committed or have decided to forego sponsorship entirely due to changes to the event’s format or disappointment in the return on their investment last year. And the president that attendees adored so much may not show up to the event at all.”

OHIO 16th CD — Former state Rep. Christina Hagan, who sought Ohio’s 16th District once before, “is not ruling out” a challenge to Rep. Anthony Gonzalez, says Politico. Hagan lost to Gonzalez 53-41 in the GOP primary in 2018, when the 16th had become open, then ran unsuccessfully in the neighboring 13th District last year, falling 52-45 to Democratic Rep. Tim Ryan.

SOUTH CAROLINA 7th CD — A third potential primary challenger to Republican Congressman Tom Rice, former NYPD officer John Cummings, who raised $11 million in a futile bid against AOC last year, is reportedly thinking about taking his grift show down South for a potential primary bid. Rice may be the most vulnerable Republican on this list because South Carolina, alone among these nine states, requires runoffs if no candidate secures a majority, meaning Rice can’t pin his hopes of survival on winning renomination with a mere plurality.

RHODE ISLAND GOVERNOR — With Rhode Island Lt. Gov. Daniel McKee set to replace Gov. Gina Raimondo if she’s confirmed as Joe Biden’s new Commerce secretary, how will he fare running for election in his own right in 2022? The University of Minnesota’s Eric Ostermeier looks at the history of a Lt. Governor becoming Governor and then running for “reelection.”

Since 1900, 174 second-in-command office-holders (including not only lieutenant governors but also—depending on the state—secretaries of state, state senate presidents, and state house speakers) have become governor in their own right, though only 128 were eligible to run in the following election (some, for instance, were only elevated after relevant primaries had passed). Of these, 109 chose to run for election, but only a little more than half—59, or 54%—succeeded: 21 failed to win their party’s nomination, while 29 lost general elections.

That’s considerably lower than the overall re-election rate for governors, which from 1963 through 2013 was 75%, according to an earlier Ostermeier analysis. However, that figure includes these “elevated governors,” so the actual re-election rate for governors first elected in their own right is even higher. That’ll be something for McKee to think about both in terms of the Democratic primary and, should he prevail, next year’s general election as well.

ARIZONA U.S. SENATOR — Term-limited Arizona Gov. Doug Ducey, who was NRSC chair Rick Scott’s top choice to challenge Democratic Sen. Mark Kelly next year, unambiguously told the New York Times that he will not run. Ducey visited Senate Minority Leader Mitch McConnell last week and even tweeted a photo of their meeting, but over the weekend, the Arizona Republican Party censured him over his handling of the coronavirus pandemic, vividly demonstrating the kind of primary he’d have been in for had he decided to make a bid for the Senate.

Republican Attorney General Mark Brnovich was reportedly likely to run for Arizona’s governorship, but with Gov. Doug Ducey’s recent announcement that he won’t try to challenge Democratic Sen. Mark Kelly next year, Brnovich isn’t ruling out that race, either. “I’m too busy watching the Packers game, enjoying a beer and a brat with my wife’s family, to think about the Senate or anything else political,” said Brnovich, whose high-profile clashes with Ducey have led some Arizona politicos to speculate that the term-limited governor is backing state Treasurer Kimberly Yee as a way to block Brnovich from succeeding him.

But Yee hasn’t committed to a gubernatorial bid, and in fact she’s now also surfaced as a possible Senate candidate. So has Board of Regents member Karrin Taylor Robson, another would-be Republican contender for governor who promised an announcement last month but didn’t follow through. Rep. David Schweikert, however, sounds unlikely. In his first public remarks on a potential promotion, the Republican congressman said he was likely to stay put, explaining, “I’m probably an election cycle away from getting at least a subcommittee in Ways and Means,” the powerful House committee he currently sits on.

COLORADO U.S. SENATOR — Former state Rep. Joe Salazar says he’s weighing a primary challenge to Democratic Sen. Michael Bennet, complaining that Bennet is “so wishy-washy and so middle-of-the-road that we don’t know which road he walks on.” Salazar, a prominent Bernie Sanders surrogate in Colorado, specifically criticized Bennet for what he views as insufficiently progressive stances on healthcare and the environment.

Salazar served three terms in the state House before running for attorney general in 2018, losing the primary 50.4 to 49.6 to Phil Weiser, who went on to win the general election. He does not appear to be related to former Democratic Sen. Ken Salazar, Bennet’s immediate predecessor in the Senate.

NEW JERSEY GOVERNOR — Ocean County Commissioner Joseph Vicari, who just last week announced a weird “favorite son” bid for governor, has already yanked the plug on his effort. It appeared that Vicari, who said he wouldn’t campaign elsewhere in the state, was hoping to secure Ocean County’s powerful “organization line” in the June GOP primary, then trade his endorsement (likely to Republican frontrunner Jack Ciattarelli) in exchange for some sort of promise to focus on Vicari’s pet issues. Evidently, Vicari quickly thought better of trying to press forward with his old-school brand of transactional politics in 2021.

NEW YORK GOVERNOR — The New York Times reports that former Rep. Pete King “floated the idea” of Rep. John Katko running for governor in a recent interview on the GOP infighting that’s crescendoed after Katko and nine other House Republicans voted to impeach Donald Trump. There’s no word, however, about Katko’s interest. One Republican who is looking at a possible bid against Gov. Andrew Cuomo is Dutchess County Executive Marc Molinaro. If Molinaro, who passed on what turned out to be a potentially winnable House race last year, were to go for it, that could set up a rematch of New York’s contest for governor three years ago, which Cuomo won 60-36.

TEXAS 15th CD — Republican Monica De La Cruz-Hernandez, who held Democratic Rep. Vicente Gonzalez to a shockingly close 51-48 win last year, launched a rematch late last month just before Christmas, which might explain why her kickoff did not earn much in the way of local media attention at the time. Though Gonzalez outspent his little-known opponent two-to-one, De La Cruz-Hernandez’s strong performance came as a result of a dramatic Democratic collapse at the top of the ticket in southern Texas: Joe Biden carried the heavily Latino 15th District just 50-49, a steep drop from Hillary Clinton’s 57-40 win four years earlier.

The picture for 2022, however, is quite muddled. While Texas Republicans were ecstatic about their gains with Latino voters, they saw an even broader disintegration in their former suburban strongholds across the state that’s left many of their incumbents on the brink. While the GOP will have full control over redistricting for the coming decade once again, Republicans in the legislature will have to make many hard choices about which districts to prop up and which to cut loose. As a result, a Democrat like Gonzalez might find himself inheriting some favorable turf that a Republican colleague would rather not have to represent.

Alternately, however, Politico notes that GOP lawmakers could re-use a tactic they effectively deployed in the 23rd District a decade ago. There, Republicans maintained the district’s overall majority-Latino character to avoid running afoul of the Voting Rights Act but replaced higher-propensity Latino voters with those less likely (or even unable) to vote. Democrats sought to litigate this maneuver but met with no success, so if Republicans try it again, they could gerrymander another winnable South Texas district for themselves.