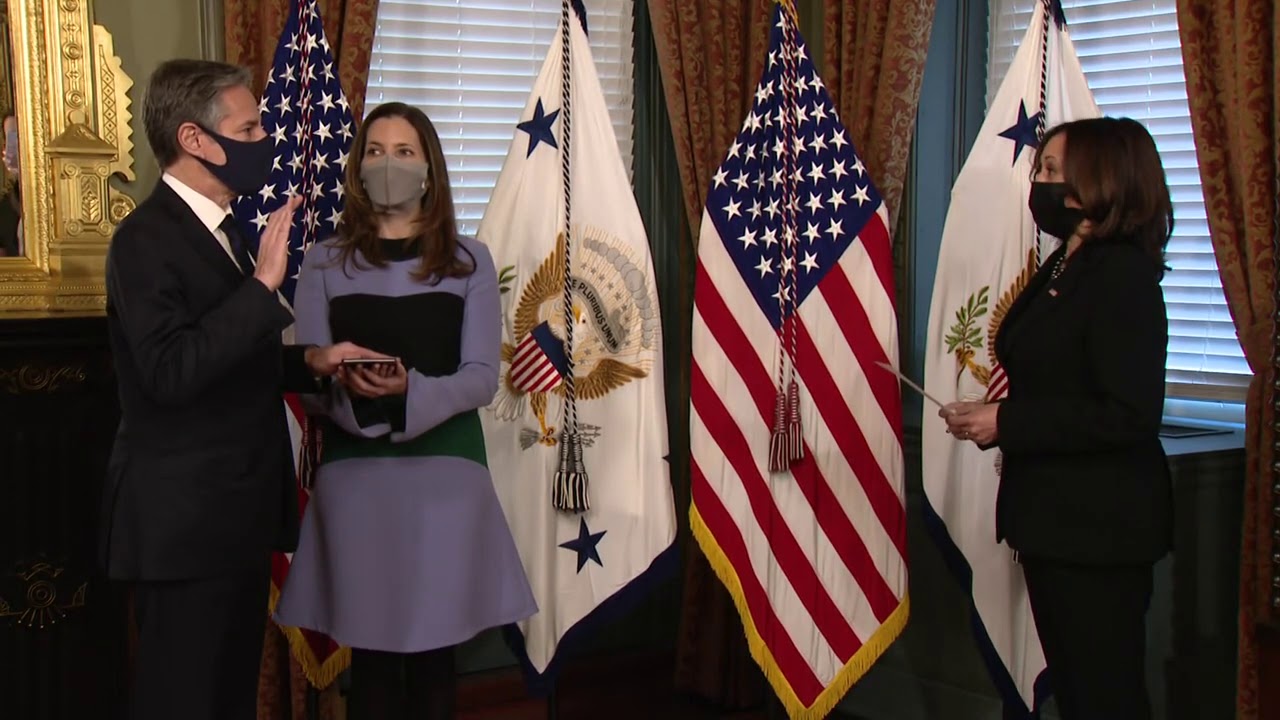 “The Biden White House is deploying top officials to get a wide ideological spectrum of lawmakers, governors and mayors on board with the president’s $1.9 trillion COVID relief proposal,” Axios reports. “The broad, choreographed effort shows just how crucially Biden views the stimulus to the nation’s recovery and his own political success.”

“The Biden administration on Tuesday said it would boost the supply of coronavirus vaccines sent to states by about 16% for the next three weeks and will purchase enough additional doses to vaccinate most of the U.S. population with a two-dose regimen by the end of the summer,” the Wall Street Journal reports.

“Senior administration officials said the federal government is working to purchase an additional 100 million doses each of the Pfizer Inc. and Moderna Inc. vaccines, increasing the total U.S. vaccine order by 50% to 600 million from 400 million. Officials said they expect the additional doses to be delivered over the summer.”

“The purchases will provide enough supply to vaccinate 300 million Americans in a two-dose regimen over the summer.”

“President Joe Biden’s pledge that there will be sufficient vaccines for 300 million Americans by the end of summer represents a bold and politically risky response to criticism his pandemic plan lacks ambition,” CNN reports.

“In effect, the President is putting a date on a return of a semblance of normal life — with no guarantee that he can deliver.”

“The Biden administration on Wednesday made its first move to set the nation’s immigration courts in a new direction, announcing plans to replace the official who has overseen the system for nearly four years,” Politico reports.

“Senators are looking for a way to condemn Trump on the record as it becomes increasingly unlikely Democrats will obtain the 17 Republican votes needed to gain a conviction in his second impeachment.”

“To do a trial knowing you’ll get 55 votes at the max seems to me to be not the right prioritization of our time. Obviously we do a trial — maybe we can do it fast.” — Sen. Tim Kaine (D-VA), quoted by Politico, on the upcoming impeachment trail for Donald Trump.

Washington Post: “Across America, people are lining up for food — on foot and in cars, at churches and recreation centers and in school parking lots, in wealthy states and poorer ones… They often spend hours waiting for as much food as will fit in a box. They hope it will be enough to get them through the week, or the week after, when they will line up again for another box.”

“After months of deadlock, lawmakers passed a relief package in December with $400 million to help supply food banks. But billions in food aid expired at year’s end. The country’s largest network of food banks is bracing for a 50 percent reduction in food received from the government this year, even as demand soars.

“The Oklahoma Attorney General’s Office has been tasked with attempting to return a $2 million stockpile of a malaria drug once touted by former President Donald Trump as a way to treat the coronavirus,” the Frontier reports.

“In April, Gov. Kevin Stitt (R), who ordered the hydroxychloroquine purchase, defended it by saying that while it may not be a useful treatment for the coronavirus, the drug had multiple other uses and ‘that money will not have gone to waste in any respect.’”

Wall Street Journal: “As a White House counselor, Steve Ricchetti is a top confidant of President Biden and one of the most important new power brokers in government. His younger brother, Jeff Ricchetti, has a growing roster of lobbying clients seeking access to those power brokers.”

“The presidential changeover hasn’t only ushered in a new government but also reshuffled Washington’s hierarchy of senior administration officials and well-connected lobbyists. The Ricchetti brothers will be trying to shape policy over the next four years from both ends of the axis.”

“The Biden administration is moving forward with the creation of a bipartisan commission to study reforms to the Supreme Court and the federal judiciary,” Politico reports.

“The commission will be housed under the purview of the White House Counsel’s office and filled out with the behind-the-scenes help of the Biden campaign’s lawyer Bob Bauer. Its specific mandate is still being decided. But, in a signal that the commission is indeed moving ahead, some members have already been selected.”

“Meadows, who is still in frequent contact with former President Trump and has been advising him ahead of his impeachment trial, will now operate behind the scenes to help create more members like Jim Jordan, Ted Cruz, and Josh Hawley — conservative firebrands with strong networks and staffs.”

“Law enforcement has identified more than 400 suspects and has brought federal criminal charges against over 150 people for actions related to the storming of the Capitol,” Politico reports.

New York Times: “The leadership of the Proud Boys has come under increased scrutiny as agents and prosecutors across the country try to determine how closely members of the far-right nationalist group communicated during the riot at the Capitol this month… At least six members of the organization have been charged in connection with the riot, including one of its top-ranking leaders, Joseph Biggs.”

New York Times: “The pardon [for Steve Bannon] left three other men who were indicted with Bannon in an unusual and unenviable predicament. None of them received pardons and so they still must face a trial in May. What’s more, legal experts said, Mr. Bannon could now be called as a government witness to testify against them, potentially increasing their legal jeopardy.”

“Among the dozens of pardons and commutations former President Donald Trump issued before leaving office, one name has left some law enforcement officials reeling: Jaime A. Davidson, notorious in upstate New York for planning a 1990 robbery that ended in the murder of a police officer,” the New York Times reports.

“The commutation bypassed the typical federal process for seeking clemency, and was championed by an advocate who was herself granted a pardon in 2018. Experts said Mr. Trump’s decision to cut Mr. Davidson’s life sentence short was evidence of the problems that arise when presidential allies exert strong influence.”

“Enrique Tarrio, the leader of the Proud Boys extremist group, has a past as an informer for federal and local law enforcement, repeatedly working undercover for investigators after he was arrested in 2012,” Reuters reports.

“One of the Michigan militiamen accused of conspiring to overthrow the state government, kidnap Gov. Gretchen Whitmer, and put her on trial for ‘treason’ before Election Day has pleaded guilty in the foiled plot,” the Daily Beast reports.

Ty Garbin “has also agreed to take a polygraph test and testify against his co-conspirators.”

Sen. Mitt Romney (R-UT) told the Deseret News that former President Donald Trump will never admit that he lost a fair election, but every elected Republican ought to be telling voters that as a step toward bringing the country together.

Said Romney: “You have many of the Trump supporters in elected office, senators, congresspeople, governors, continuing to say the same thing, that the election was stolen.”

Romney said elected Republicans need to go on Fox News and say, “You know what, I was a big Trump supporter, I was really pulling for Donald Trump, but he lost fair and square.”