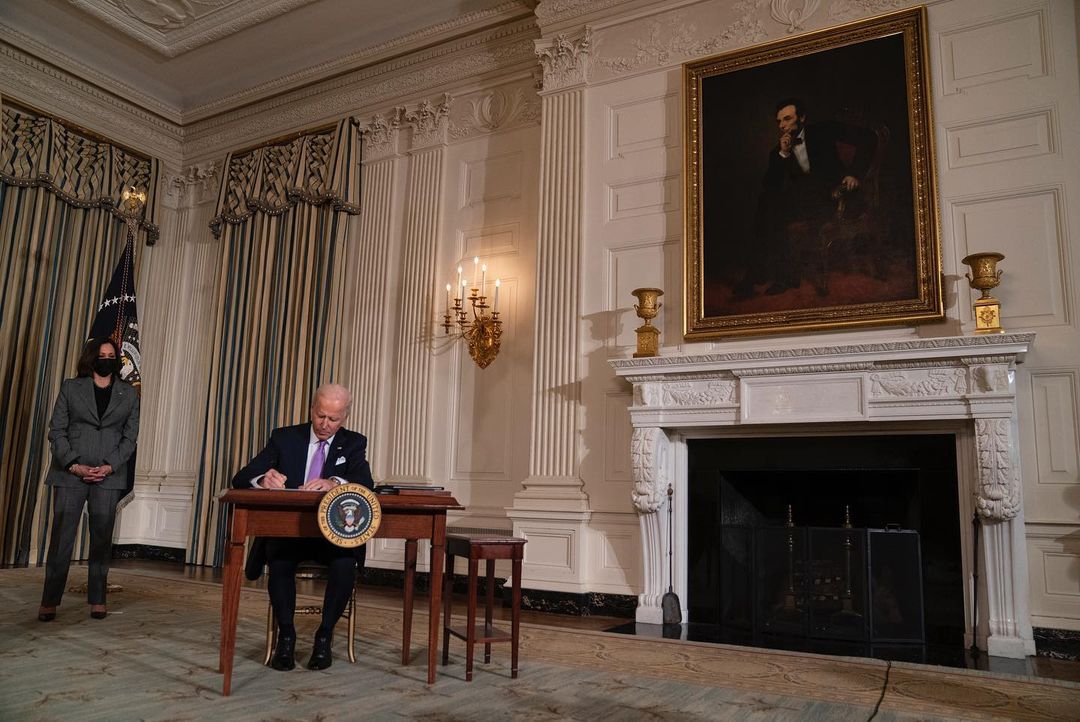 “Republicans rallied en masse on Tuesday against trying former President Donald Trump for ‘incitement of insurrection,’ with only five members of his party joining Democrats in voting to go forward with the impeachment trial for his role stirring up a mob that attacked the Capitol,” the New York Times reports.

“In a 55 to 45 vote that strongly suggested that the Senate does not have the votes to convict the former president, senators narrowly killed a Republican effort to dismiss the impeachment charge as unconstitutional. The opposition of all but a handful of Republicans underscored Mr. Trump’s continued strength in the party even after his brazen campaign to overturn his election defeat, fueled by false claims of voting fraud, and he left office with his party relegated to the minority in both houses of Congress.”

Playbook: “This might seem like a silly procedural gambit, but it’s important: The move will trigger a vote on whether senators agree, forcing Republicans on record today over whether they even think Trump’s trial is even allowed to proceed.”

“Should more than 34 Republicans agree with Paul, it’s game over. You’ll have your answer that Trump will not be convicted.”

Politico: “A top political aide to former President Donald Trump spent the weekend quietly reassuring Republican senators that the president has no plans to start a third party — and instead will keep his imprint on the GOP.”

“The message from Brian Jack, Trump’s former political director at the White House, is the latest sign that Republicans considering an impeachment conviction will do so knowing that Trump may come after them in upcoming primaries if they vote to convict him for ‘incitement of insurrection.’”

“President Joe Biden had his first call with Vladimir Putin on Tuesday,” the AP reports.

“Biden raised concerns about the arrest of opposition figure Alexei Navalny while pressing the Russian president on his nation’s involvement in a massive cyberespionage campaign and bounties on American troops in Afghanistan.”

“Unlike his immediate predecessors, Biden has not held out hope for a “reset” in relations with Russia but has instead indicated he wants to manage differences with the former Cold War foe without necessarily resolving them or improving ties.”

Wall Street Journal: “Democrats are likely to eventually move to a process called budget reconciliation to pass at least part of the legislation with a simple majority in the Senate. Reconciliation typically limits a bill to tax and spending measures.”

“But some in the party want to go further, exploring ways to stretch the rules and precedents that have historically constrained what policy provisions are allowed under the reconciliation process. Some see it as a way to pass party priorities like raising the minimum wage without ending the filibuster.”

“The commander of the D.C. National Guard said the Pentagon restricted his authority ahead of the riot at the U.S. Capitol, requiring higher level sign-off to respond that cost time as the events that day spiraled out of control,” the Washington Post reports.

“Local commanders typically have the power to take military action on their own to save lives or prevent significant property damage in an urgent situation when there isn’t enough time to obtain approval from headquarters.”

“But Maj. Gen. William J. Walker, the commanding general of the District of Columbia National Guard, said the Pentagon essentially took that power and other authorities away from him ahead of a pro-Trump protest on Jan. 6. That meant he couldn’t immediately roll out troops when he received a panicked phone call from the Capitol Police chief warning that rioters were about to enter the U.S. Capitol.”

“Senator Mitch McConnell on Monday night dropped his demand that the new Democratic Senate majority promise to preserve the filibuster — which Republicans could use to obstruct President Biden’s agenda — ending an impasse that had prevented Democrats from assuming full power even after their election wins,” the New York Times reports.

“In his negotiations with Senator Chuck Schumer of New York, the new majority leader, Mr. McConnell, Republican of Kentucky, had refused to agree to a plan for organizing the chamber without a pledge from Democrats to protect the filibuster, a condition that Mr. Schumer had rejected.”

“But late Monday, as the stalemate persisted, Mr. McConnell found a way out by pointing to statements by two centrist Democrats, Senators Joe Manchin III of West Virginia and Kyrsten Sinema of Arizona, that said they opposed getting rid of the procedural tool — a position they had held for months — as enough of a guarantee to move forward without a formal promise from Mr. Schumer.”

McConnell on Tuesday condemned Democratic support for abolishing the legislative filibuster, arguing that it would create a “scorched-earth Senate,” Axios reports.

Said McConnell: “No short term policy win justifies destroying the Senate as we know it.”

On the seventh day of his administration, Joe Biden stepped out to announce that he has purchased another 100 million doses of vaccine from both Pfizer and Moderna. These doses won’t arrive until summer, but added to the vaccine already purchased—and potential doses coming soon from Johnson & Johnson or others—there should be enough vaccine to get every American over 16 vaccinated. And then some.

“Schools operating in person have seen scant transmission of the coronavirus, particularly when masks and distancing are employed, but some indoor athletics have led to infections and should be curtailed if schools want to operate safely, researchers from the Centers for Disease Control and Prevention concluded in papers published Tuesday,” the Washington Post reports.

“A week into the job, President Biden’s White House medical team has administered the coronavirus vaccine to several hundred staffers — and aims to vaccinate all in-person staff over the next few weeks,” Axios reports.

“In a hearing on her nomination for Commerce Department secretary on Tuesday, Rhode Island Governor Gina Raimondo told lawmakers that she will pursue changes to Section 230 if confirmed,” The Verge reports.

Said Raimondo: “I think platform accountability is important because I’ve seen in my own state that misinformation hurts people. But of course, that reform would have to be balanced against the fact that these businesses rely upon user-generated content for their innovation, and they’ve created many thousands of jobs.”

Ben Collins: “I do wonder what happens to the far-right when they realize getting rid of this law they’ve lobbied for years to kill is going to hurt them more than anyone else.”

The Senate voted 78-22 on Tuesday to confirm Antony Blinken as Secretary of State, Axios reports.

“Janet Yellen will become the first woman to lead the U.S. Treasury Department after the Senate voted 84-15 to confirm her nomination,” the Wall Street Journal reports.

“The 74-year-old economist, who has been at the forefront of economic policy-making for 25 years, will now play a key role advancing President Biden’s economic agenda, starting with an ambitious $1.9 trillion economic relief package that is already facing resistance from GOP lawmakers worried about its cost.”

“The Biden administration could be open to adjusting eligibility levels for the next round of coronavirus stimulus checks to ensure the relief flows to families who need the emergency funds the most,” CNBC reports.

“President Biden is planning on Wednesday to halt new oil and gas leasing on federal territory, people familiar with the matter said, setting up a confrontation with the oil industry over the future of U.S. energy,” the Wall Street Journal reports.

“The Biden administration has drafted an order to impose the moratorium while it conducts a review of the federal oil and gas leasing program, the people said, in what is potentially a first step toward his campaign pledge to end future leases. The order is expected to be included in a package of measures across government aimed at reducing greenhouse gas emissions and boosting land conservation.”

“The orders will be Biden’s first steps since taking office to help Americans gain health insurance, a prominent campaign goal that has assumed escalating significance as the pandemic has dramatized the need for affordable health care — and deprived millions of Americans coverage as they have lost jobs in the economic fallout.”