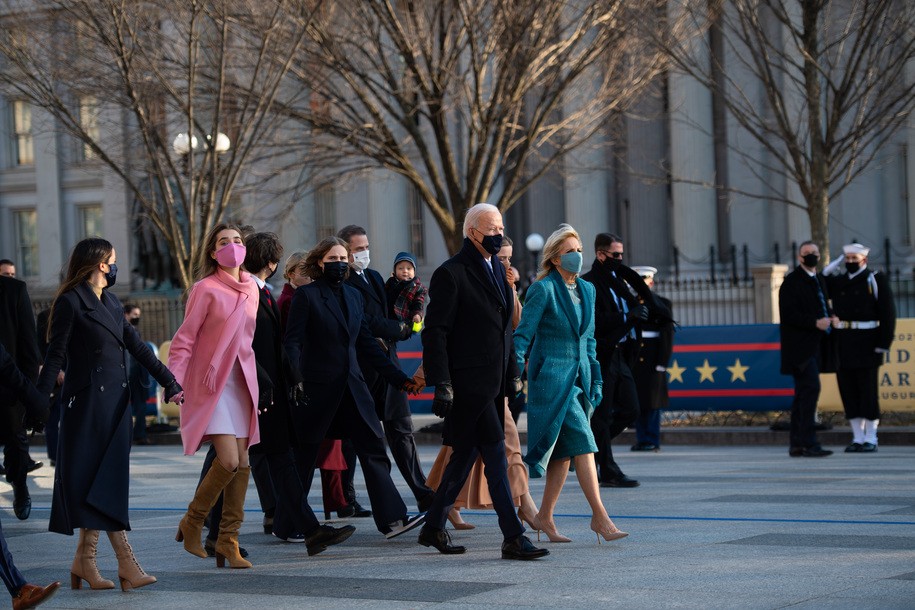 President Biden has signed Executive Orders that will significantly increase federal food assistance for millions of families struggling amid the pandemic. The orders will increase Supplemental Nutrition Assistance Program benefits for about 12 million families and provide money for families to replace the free or reduced-price lunches meals students would have normally received at school before the pandemic forced students out of classrooms. National Economic Council Director Brian Deese said the orders are “not a substitute” for the $1.9 trillion Covid-19 relief bill that Biden hopes Congress will pass, but instead a “critical lifeline” for millions of Americans who need assistance now. (Sources: NBC News / New York Times / Washington Post / CNBC)

Prime Minister Boris Johnson warned that the new coronavirus variant first found in England “may be associated with a higher degree of mortality.” Some studies have suggested that the variant, known as B117, is 50 to 70% more transmissible. The CDC has also warned that the new variant might become the dominant source of infection in the U.S. by March. (Sources: Washington Post / Wall Street Journal / New York Times / CNBC)

“In his last weeks in office, former President Trump considered moving to replace the acting attorney general with another official ready to pursue unsubstantiated claims of election fraud, and he pushed the Justice Department to ask the Supreme Court to invalidate President Biden’s victory,” the Wall Street Journal reports.

“Those efforts failed due to pushback from his own appointees in the Justice Department, who refused to file what they viewed as a legally baseless lawsuit in the Supreme Court. Later, other senior department officials threatened to resign en masse should Mr. Trump fire then-acting Attorney General Jeffrey Rosen, according to several people familiar with the discussions.”

President Biden revoked Trump’s order banning federal agencies, contractors, and recipients of federal funding from conducting diversity training. Trump had deemed the workplace trainings about diversity, and diversity itself, to be “un-American” and harmful to white workers. (ABC News)

President Biden signed an executive order requiring all political appointees to sign an ethics pledge, including a ban on lobbying for two years after they leave the administration. (The Hill)

The Senate confirmed Avril Haines as the Director of National Intelligence. Haines is the first woman to become director of national intelligence, where she’ll oversees 18 intelligence agencies and units, including the CIA and the National Security Agency. (Sources: Wall Street Journal / Politico / Axios)

President Biden will keep FBI Director Christopher Wray in his role. Wray was appointed in 2017 after Trump fired James Comey. (Source: CNN / Politico /  Bloomberg / Wall Street Journal). But he did fire the Director of the Consumer Financial Protection Bureau, Kathy Kraninger. (The Hill)

Seven Senate Democrats filed an ethics complaint against Sens. Josh Hawley and Ted Cruz for their objections to the 2020 presidential election results. Democrats are requesting an investigation for their “objections to the electors after the violent attack” on Jan. 6. that “lent legitimacy to the mob’s cause and made future violence more likely.” (Politico)

Trump rescinded his administration’s ethics pledge intended to “drain the swamp.” In 2017, Trump signed an executive order that barred political appointees from lobbying the government or working for foreign countries related to their agency for five years. At the time Trump joked that his political appointees would “not be subject to those commitments after noon January 20, 2021.” However, in a late-night executive order issued in the final hours of his presidency, Trump rescinded the executive order. The Trump White House did not offer any justification for the reversal. (Washington Post / Politico / Bloomberg)

Donald Trump pardoned a number of health-care executives behind major Medicare frauds, many of which harmed or endangered elderly or sick patients while ripping off taxpayers. And here we all thought he’d never release his health-care plan! One pardon recipient, a former doctor and California hospital owner, was involved in an enormous kickback scheme that allegedly led to more than 14,000 dubious spine surgeries. Another scammed more than $1 billion through Medicaid and Medicare through nursing homes and senior-care facilities, one of the largest frauds in U.S. history. The Trump White House argued that these people deserved a second chance based on things like “devotion to prayer” and “plans to do more charity work.” Seems like the right message to send to powerful, connected people who not only committed financial crimes, but did so at the direct expense of vulnerable patients.

Vanity Fair reporter Adam Ciralsky embedded with Pentagon leadership during Trump’s final week in office, and while former acting defense secretary Christopher Miller and his aides contradict each other in their accounts of the lead up to the Capitol riot, the story’s full of wild quotes like this one, from former senior Pentagon official and Trump loyalist Ezra Cohen: “The president threw us under the bus. And when I say ‘us,’ I don’t mean only us political appointees or only us Republicans. He threw America under the bus.”

Hungary’s nationalist policies have created a serious labor shortage, in a glimpse of a future we narrowly escaped. Prime Minister Viktor Orban has discouraged immigrants with barriers along Hungary’s borders and harsh limitations on work permits for foreigners, and the hundreds of thousands of young Hungarians who left in search of better-paying jobs have ignored Orban’s calls to come back. The resulting labor shortage is so severe that to address it, the government passed a bill widely referred to as the “slave law,” allowing employers to require 400 hours of overtime annually from workers, while delaying compensation for up to three years. That won’t solve the problem either: Labor unions naturally protested, prompting both multinational corporations and Hungarian companies to oppose the measure. It’s almost like virulent xenophobia isn’t a great economic proposition?