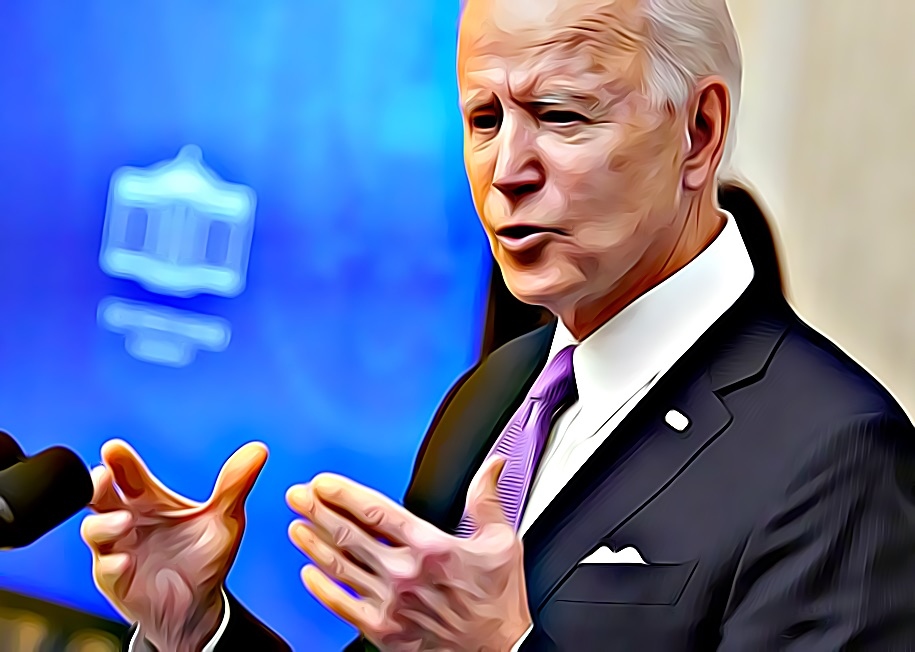 “Then-President Donald Trump in early January entertained a plan to replace the acting attorney general with a different Justice Department lawyer who was more amenable to pursuing his unfounded claims of voter fraud, nearly touching off a crisis at the country’s premier federal law enforcement institution,” the Washington Post reports.

“The plan — if enacted — would have pushed out Jeffrey Rosen as the acting attorney general and installed in his place Jeffrey Clark, whom Trump had appointed to lead the Justice Department’s Environment and Natural Resources Division and who later would come to lead the Civil Division. Clark, then, could have taken steps to wield the Justice Department’s power to help keep Trump in office. But the president was ultimately dissuaded from moving forward after a high-stakes meeting with those involved.”

Associated Press: “President Joe Biden, in his first three days in office, has painted a bleak picture of the country’s immediate future, warning Americans that it will take months, not weeks, to reorient a nation facing a historic convergence of crises. The dire language is meant as a call to action, but it’s also a deliberate effort to temper expectations.”

Politico: “Chuck Schumer has finally realized his dream of becoming majority leader. And given the circumstances, it’s a bit of a nightmare.”

“Schumer is facing down a hard-nosed Minority Leader Mitch McConnell, who is refusing to cut a deal to govern the 50-50 Senate without a commitment to protecting the filibuster. He must marshal Donald Trump’s impeachment trial through the Senate while also trying to get President Joe Biden’s Cabinet confirmed. And he has to figure out how to respond to a crippling pandemic and struggling economy while Republicans have already rejected Biden’s relief proposal.”

John Dickerson: “Joe Biden has a real shot at being a boring president. It will require constant work. Many forces of commerce and human nature are arrayed against him, and countless obstacles stand in his path. But if the country is lucky, entire days will pass without the president’s activities agitating the public mind.”

“While it’s only 2021, a major question facing Democrats this year and next will be what to do about the presidential nominating calendar and whether Iowa, in particular, should retain its prized place at the front of the calendar in 2024,” NPR reports.

“Iowa’s decades-long lock on the nominating process has been under threat since last year’s disastrous caucus, when results were delayed for days due in part to a faulty smartphone app that was supposed to make things easier for precinct captains when they reported results. Ultimately, the Associated Press never declared a winner in the contest due to problems with the vote count, which was administered by the Iowa Democratic Party.”

The NY Times is finally profiling the Biden voter. “Interviews with two dozen Biden voters across the country found near unanimity that it was important for the Senate, the Justice Department and state prosecutors to aggressively pursue Mr. Trump, his family members and top aides — holding them accountable well beyond the impeachment charge against the president for inciting the Capitol riot on Jan. 6. The consensus cut across differences of ideology, income, race and sex.

“He’s a crook and he needs to pay for the crimes he’s done,” said Teresa Steele, a Republican in Denton County, Texas, who voted for Mr. Biden.”

Law & Crime: “An empire built on conjecture, conspiracy and a series of fake homeopathic cures for various ailments stands to be sued into oblivion after a Friday ruling by the Supreme Court of Texas.”

“Without comment, the Lone Star State’s highest civil court found that America’s foremost conspiracy theorist, Alex Jones, and his flagship media outlet, InfoWars, are subject to liability in four separate defamation lawsuits filed over the past two-plus years. Those lawsuits were filed by parents of children who were killed during the Sandy Hook massacre and by a man Jones and his network falsely identified as the perpetrator of the Parkland massacre at Marjory Stoneman Douglas High School.”

Joining their House counterparts, Senate Democrats announced that they plan to introduce the “For the People Act,” symbolically numbered as S. 1 to designate it as the first bill of the new session, which would enact the largest expansion of voting access since the 1965 Voting Rights Act. HuffPost reports that the House version of the bill could get a vote as soon as Jan. 28, but the Senate version is expected to take longer because hearings need to take place first.

This legislation would (1) remove barriers to expanded access to voting and secure the integrity of the vote; (2) establish public financing in House elections to level the playing field; and (3) ban congressional gerrymandering by requiring that every state create a nonpartisan redistricting commission subject to nonpartisan redistricting criteria. Democrats would need to curtail the filibuster to pass the bill in the Senate, given Republican hostility to the measure.

Shortly after taking office, President Joe Biden issued an executive order aiming to undo Donald Trump’s attempt to weaponize the census against Latinos and Democrats to undermine their political representation.

Biden’s order rescinds Trump’s directive that would have unconstitutionally removed undocumented immigrants from the population totals used to reapportion congressional seats and Electoral College votes among the states. It also directs the Census Bureau to halt the collection of citizenship data from administrative records, which Trump had ordered after he failed to get a citizenship question added to the 2020 census.

Consequently, the census announced that it would no longer release citizenship data at the granular geographic level that used to craft new maps, likely making it impossible for states to draw districts on the basis of adult citizens instead of total residents, the latter of which has been the longstanding norm throughout U.S. history. As documents from a top GOP operative leaked in 2019 confirmed, the GOP has pushed to draw districts based on only adult citizens because it would be “advantageous for Republicans and non-Hispanic whites,” allowing them to turbocharge their gerrymanders.

Washington Post: “President Biden moved swiftly to oust top managers loyal to former president Donald Trump who had been blamed for recent turmoil at the federal government’s array of international news organizations, including the biggest and most influential one, the Voice of America.

Only hours after he was inaugurated, Biden forced out Michael Pack, the controversial head of the agency that oversees VOA and four other networks that broadcast news to millions of people abroad. This was followed, domino-like, on Thursday by the removal of VOA’s director and deputy director after only a few weeks on the job.

In doing so, Biden appears to be putting the brakes on what critics said was an effort by the Trump administration to turn the news agencies into mouthpieces for Trump’s views and policies.”

The Daily Beast: “This Week Shows How Neutered Trump Is Without Twitter. The calmness that has permeated these last couple of weeks has shown us that social media platforms have enormous power to strengthen democracy or help destroy it.

Trump’s absence has been conspicuous. Take, for example, Wednesday’s inaugural. It was calm and peaceful and refreshing. Now imagine the inaugural with Trump live-tweeting his running narration. It would have cast a pall on what turned out to be a pretty special day. We have one president at a time (“TOTAL LOSER Sleepy Joe got sworn-in twelve minutes early!?!”), but the outgoing president’s split-screen commentary could have easily been reality.

And that’s just one day. Imagine how good it will feel to string together a few months with no chaotic tweets. Twitter removed Trump from the platform to prevent him from using it to incite violence. But his absence has calmed things down to the point where it’s pretty obvious that this should have been done long ago, and for other valuable reasons.”