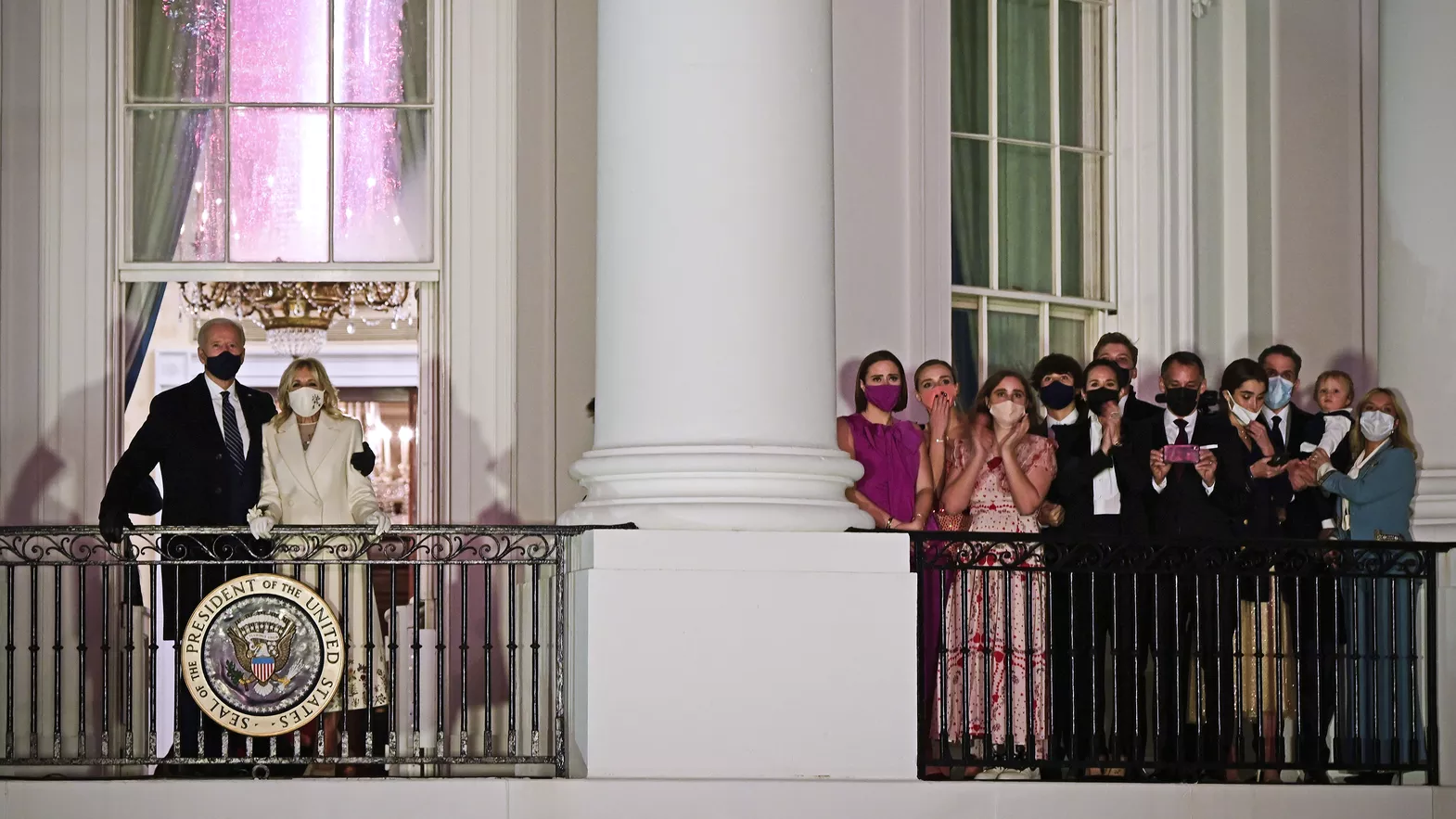 “President Biden is using his first full day in office on Thursday to go on the offensive against the coronavirus, promising to make aggressive use of his executive authority to tame, and perhaps bring to an end, the worst public health crisis in a century,” New York Times reports.

“To carry it out, Mr. Biden will sign a dozen executive orders or actions in an afternoon White House ceremony. Soon after he was sworn in on Wednesday, he signed an order requiring masks to be worn on all federal property and by all federal employees. And he urged all Americans to take this most basic of precautions for 100 days.”

Newly sworn in President Joe Biden and his advisers are inheriting no coronavirus vaccine distribution plan to speak of from the Trump administration, sources tell CNN, posing a significant challenge for the new White House.

“This would give impeachment managers and Mr. Trump’s defense at least a week to prepare. McConnell floated the proposal to GOP senators on a caucus conference call Thursday. McConnell, now in the minority, does not have final say on when a trial would be. Schumer would have to agree to the proposal.”

Playbook: “We knew Democrats and Republicans were ready to turn the page on Trump ASAP — we just didn’t realize how quickly. We’ve heard from multiple Hill sources that lawmakers have privately discussed the possibility of a three-day impeachment trial for Trump, which would be the fastest of any such procedure for a president. (Past presidential impeachments have ranged from as short as 21 days to as long as 83.) Of course, Trump is an EX-president, so…”

“To be clear: Talks about parameters for the trial between Schumer and McConnell are ongoing and closely held; nothing’s been decided. But even the suggestion of that time frame underscores how much senators want to dispense with the matter. They also point out that there isn’t exactly a complex set of facts to sort through; anyone watching TV lately would know the gist.”

“One complication is Trump. Will he want witnesses? They’ll have to give him due process if he does.”

“A faction of Senate Republicans has a warning for Minority Leader Mitch McConnell: Stick with former President Donald Trump during his impeachment trial,” CNN reports.

“McConnell, who is the longest-serving Senate Republican leader in history, has long had strong support within the Senate GOP Conference. But some say if the GOP leader votes to convict Trump, his backing will quickly wane.”

“Former President Donald Trump can be convicted in an impeachment trial for his role in inciting the Capitol insurrection on Jan. 6 even though he is no longer in office, a bipartisan group of constitutional law scholars wrote in a letter Thursday,” Politico reports.

Washington Post: “As the Biden administration informs Moscow of its terms for [a five year] extension of the Nuclear Arms Treaty] , the president will order Director of National Intelligence Avril Haines to provide him a full intelligence assessment of Russia’s alleged interference in the 2020 election, use of chemical weapons against opposition leader Alexei Navalny and bounties on U.S. soldiers in Afghanistan.”

An NPR analysis has found that nearly 1 in 5 people charged over their alleged involvement in the attack on the U.S. Capitol appear to have a military history.

The San Francisco Chronicle has a seven-part podcast that looks at Vice President Kamala Harris’ life and career.

“Vice President Kamala Harris will not immediately move into the Naval Observatory, the vice president’s residence, because of home maintenance and repairs, her office said on Wednesday evening,” Politico reports.

“The residence will receive repairs to its chimney liners and other household maintenance, all of which will be easier to carry out when the home is unoccupied, her office said.”

President Joe Biden intends to keep FBI Director Christopher Wray in his post, a sign of confidence for the bureau’s leader who has more than six years remaining in his term, CNN reports.

Molly Ball: “Trump may be done with Washington, but Washington—and particularly his adopted party—is not done with him. How the Senate will dispense with the first-ever postpresidential impeachment is an open question… But the impeachment vote is just one of many questions confronting the GOP as Trump leaves office—questions that will determine the future of American politics and the shape of the Biden presidency, from congressional policymaking to voters’ choices in future elections…”

“Some top Republicans are hoping Trump’s hold on the party will loosen now that he’s out of office. Others believe a clean and deliberate break must be made to regain lost credibility.”

Jonathan Bernstein: “If there’s one thing that’s going to be obvious about the brand-new administration of President Joe Biden, it’s going to be professionalism. Jobs are going to be filled, from the top down and with few exceptions, with people who know how to do them. Many officials will be returning to government after a brief four years on the outside — perhaps a step above their old levels, but well within their competence. Others will move from state government.”

“There will be plenty who are new to government, but most of them are (judging from what we’ve seen so far) well-credentialed, with the expertise that their jobs demand.”

“Senate Democrats are signaling they will reject an effort by Mitch McConnell to protect the legislative filibuster as part of a deal to run a 50-50 Senate, saying they have little interest in bowing to his demands just hours into their new Senate majority,” Politico reports.

“McConnell has publicly and privately pressed Senate Majority Leader Chuck Schumer to work to keep the 60-vote threshold on most legislation as part of their power-sharing agreement. Democrats have no plans to gut the filibuster further, but argue it would be a mistake to take one of their tools off the table just as they’re about to govern.”

“Many Democrats argue that having the threat of targeting the filibuster will be key to forcing compromise with reluctant Republicans. They also believe it would show weakness to accede to McConnell’s demand as he’s relegated to minority leader.”

CNN reports that the House and Senate yesterday approved a waiver to permit retired Gen. Lloyd Austin to serve as secretary of defense in the Biden administration. Austin, who would be the first African American to run the department, had to be granted a waiver from a law requiring a defense secretary to wait seven years after active-duty service before taking the job. The House passed the waiver Thursday afternoon, followed by Senate approval of the measure. Austin has been retired for five years, not the required seven.

“Former President Donald Trump saw sharp revenue declines across his family businesses last year as the Covid-19 pandemic took a steep toll on the Trump Organization’s hotels and golf resorts, a marker of the many financial challenges Mr. Trump faces after leaving the White House,” the Wall Street Journal reports.

“Newly released data from the Office of Government Ethics shows that the minimum revenue generated by Mr. Trump’s businesses fell by nearly 40% from a year earlier, and declined even more at some of the company’s most lucrative properties.”

“The issues facing the Trump Organization are likely to get worse in the coming months.”

“Altogether, nearly 16 million people were claiming benefits as of Jan. 2, the last week available for that measurement. That number is expected to increase in the coming weeks as people who were dropped from the unemployment rolls after their benefits expired file new claims to take advantage of the extension passed by Congress at the last minute in December.”