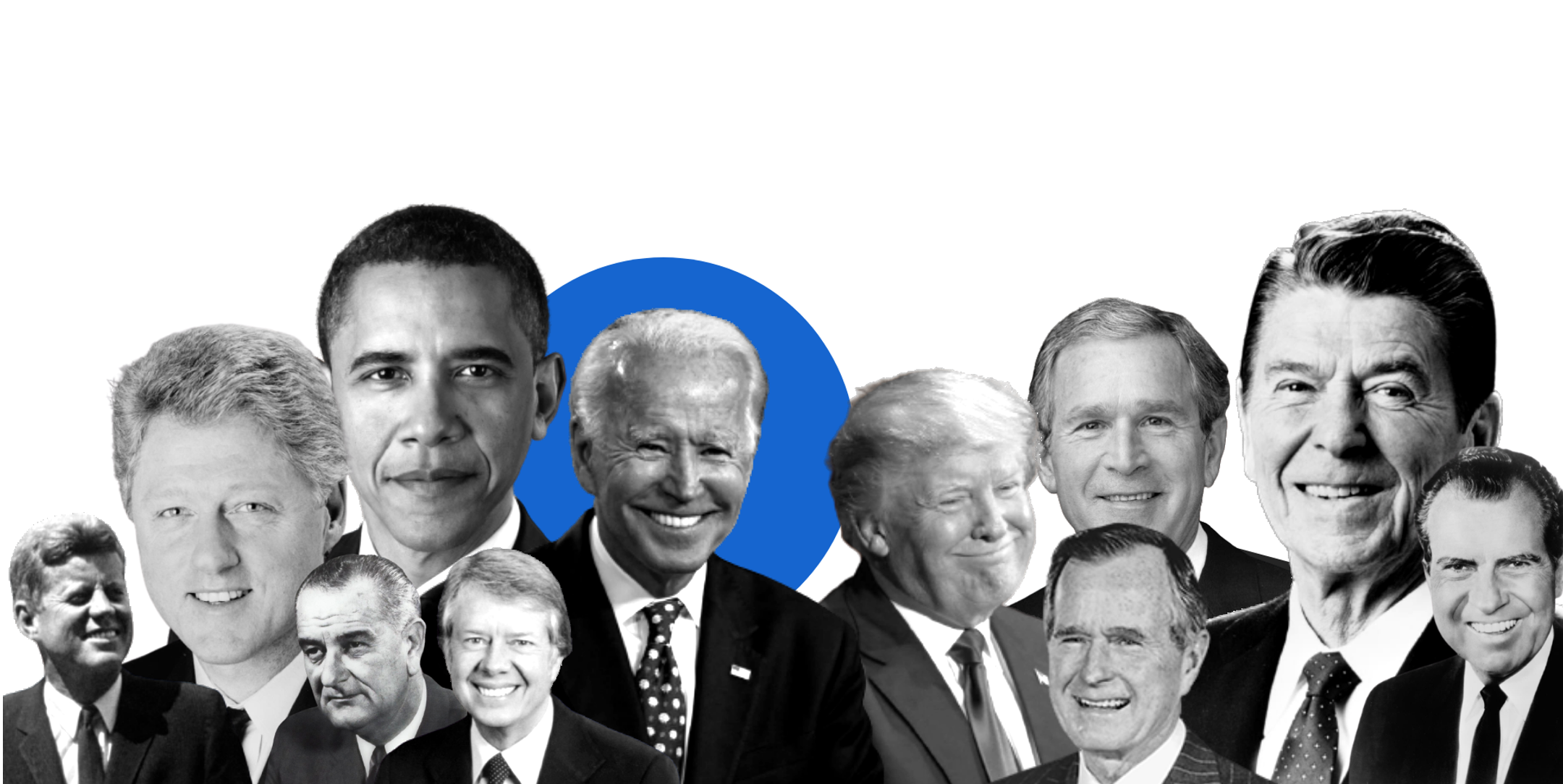 51% believe that Biden’s performance on the Covid Pandemic is excellent so far, and 50% say Biden should run not pledge to be a one term President. Biden has a 57% approval rating right now, suggesting he will have somewhat of a honeymoon with the public over the next few months.

“President Trump has talked in recent days with associates about forming a new political party, an effort to exert continued influence after he leaves the White House,” the Wall Street Journal reports.

“Mr. Trump discussed the matter with several aides and other people close to him last week… The president said he would want to call the new party the ‘Patriot Party.’”

“The 147 Republican lawmakers who opposed certification of the presidential election this month have lost the support of many of their largest corporate backers — but not all of them,” the Washington Post reports.

“The Washington Post contacted the 30 companies that gave the most money to election-objecting lawmakers’ campaigns through political action committees. Two-thirds, or 20 of the firms, said they have pledged to suspend some or all payments from their PACs.”

A new Associated Press-NORC poll finds 53% of Americans name COVID-19 as one of the top five issues they want the government to tackle this year, and 68% mention in some way the economy, which is still reeling from the outbreak.

In an open-ended question, those priorities far outpace others, like foreign affairs, immigration, climate change or racial inequality. The findings suggest Biden’s political fate is riding on his administration’s response to the pandemic.

New York Times: “When the [Arizona state Republican] party leadership meets this weekend, the most pressing items on the agenda will be censuring three moderate Republicans who remain widely popular in Arizona. The all-but-certain state party scolding will not have any practical impact, but the symbolism is stark: a slap on the wrist for Cindy McCain, the widow of the Senator John McCain; former Senator Jeff Flake and Gov. Doug Ducey.”

“While some Republicans nationwide are beginning to edge away from Trumpism, Arizona is a case of loyalists doubling down, potentially dividing the party in fundamental and irreparable ways. The consequences could be particularly acute in a state that had long been a safe Republican bet.”

“Georgia election officials on Tuesday certified the victories of two Democrats who won in the state’s hard-fought U.S. Senate runoff elections earlier this month, paving the way for them to take office as early as Wednesday,” the Washington Post reports.

ARIZONA SENATOR, COLORADO SENATOR, GEORGIA SENATOR–The New York Times reports that unnamed GOP operatives are worried that three of the party’s most notorious extremists in the House could run for higher office next year: Andy Biggs in Arizona, Lauren Boebert in Colorado, and Marjorie Taylor Greene in Georgia. Democratic senators in all three states will go before voters in 2022, with Arizona’s and Georgia’s races likely to be especially competitive. The governorship will also be up in this trio of states, with Arizona’s open due to term limits and Georgia’s Republican governor, Brian Kemp, a target of Donald Trump’s attempts to recruit a challenger. It may be a repeat of 2010 and 2012, when Tea Party idiots like Christine O’Donnell and Sharon Angle cost the GOP winnable seats.

CALIFORNIA SENATOR AND GEORGIA SENATORS–Kamala Harris resigned from the Senate on Monday, just ahead of her swearing-in as vice president, opening the way for former California Secretary of State Alex Padilla (who also resigned Monday) to take her place. NBC’s Mike Memoli reports that after Harris takes her new oath of office on Wednesday, she will swear in Padilla, as well as Jon Ossoff and Raphael Warnock, whose elections were certified on Tuesday.

Meanwhile, California’s legislature now has 90 days to confirm Gov. Gavin Newsom’s pick to replace Padilla as secretary of state, Democratic Assemblywoman Shirley Weber. A simple majority in both chambers is required. According to the secretary of state’s office, Weber’s confirmation could come early next month.

FLORIDA SENATOR–The latest member of the Trump family to get talked up as a potential candidate for public office is Ivanka Trump, who supposedly is the target of “machinations behind the scenes” promoting her as a challenger to Republican Sen. Marco Rubio, according to Politico. However, a spokesperson for Tom Barrack, the GOP megadonor allegedly involved in these “machinations,” denies there’s anything afoot, and “one person close to Trump” says Ivanka’s not interested in running for anything.

NEW JERSEY GOVERNOR–Former Somerset County Commissioner Brian Levine just entered the Republican primary for governor, though he’ll face a seriously uphill climb against former Assemblyman Jack Ciattarelli, who’s already locked up the support of a wide array of county GOP chairs. This type of backing plays a crucial role in Jersey primaries because winners of the so-called “organization line” doled out by each county get preferential treatment on the ballot.

This unique system also explains the unusual “campaign” that longtime Ocean County Commissioner Joseph Vicari just launched. Vicari says he plans to seek the organization line in his home county, which gave more votes to Donald Trump in November than any other in the state, “as leverage for issues related to Ocean County,” priorities he identified vaguely as “senior citizens, veterans and middle-class families.” He adds that he doesn’t plan to campaign elsewhere in the state, so presumably he’d intend to trade the endorsement in exchange for some sort of promise from Ciattarelli—just the kind of transactional politics you’d expect from a guy in office for 40 years.

Ciattarelli might not need the boost, though. One of the many counties lining up in his corner is Monmouth, which is not only another big source of GOP votes but also the home of a potential rival, County Sheriff Shaun Golden. Golden previously hadn’t ruled out a bid but he took himself out of contention the other day when he gave his backing to Ciattarelli.