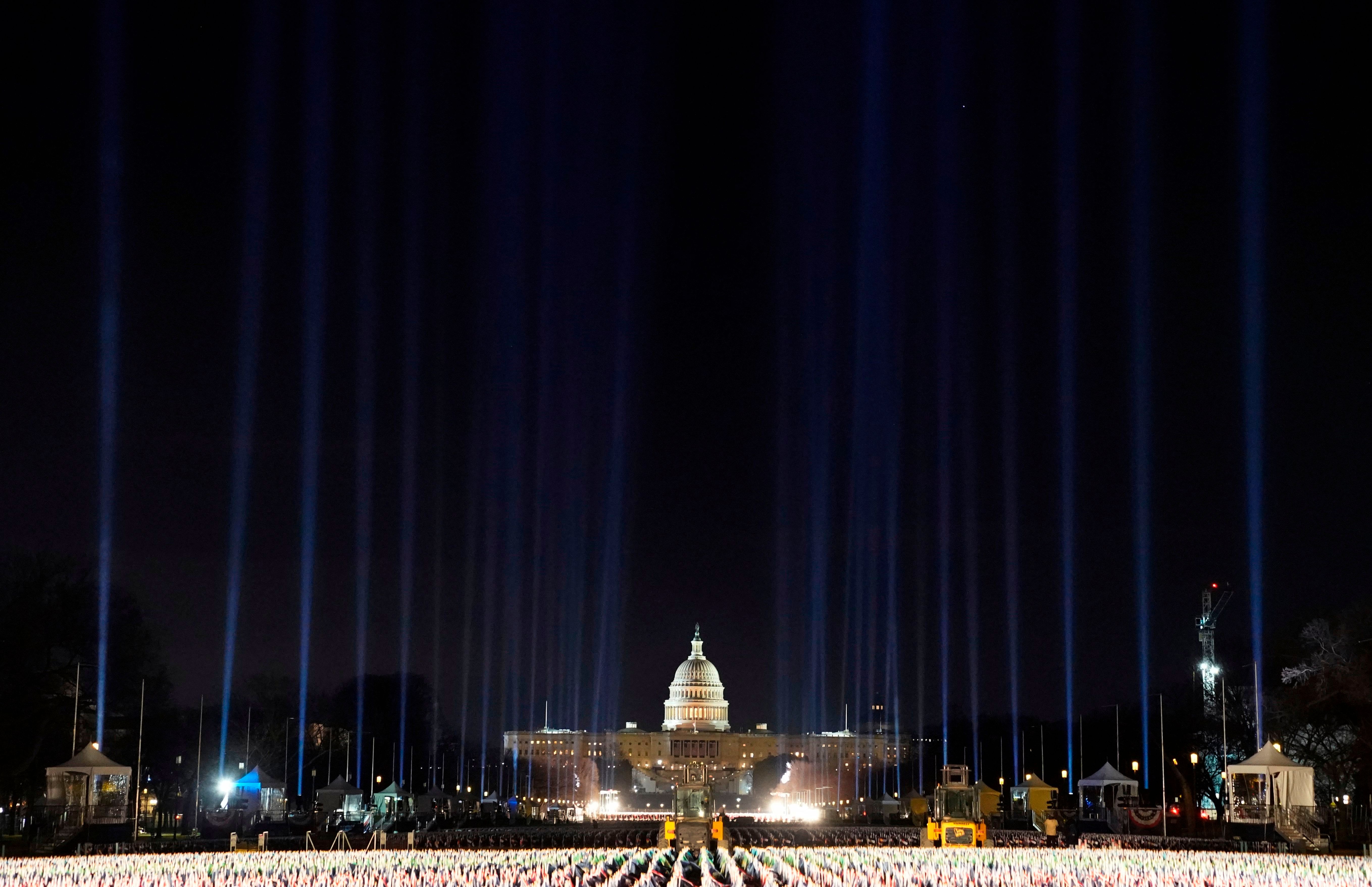 CNN: “The negotiations between Democratic Leader Chuck Schumer and Republican Leader Mitch McConnell have been built largely around how the Senate operated the last time the body was split 50-50: When George W. Bush initially became president in 2001. Final details are still being sorted out between the two leaders.”

“Similar to those rules, set in January 2001, Schumer and McConnell aides are discussing allowing bills and nominations to advance to the Senate floor even if they are tied during committee votes, something that could become common given that each party is expected to have the same number of seats on committees.”

Rep. Steve Cohen (D-TN) told CNN that he saw QAnon-curious freshman Rep. Lauren Boebert (R-CO) leading a “large group” through a tour of the Capitol in the days before the riots.

“Census Director Steve Dillingham will be stepping down on Jan. 20, cutting short by nearly a year the five-year director term, which was scheduled to expire on Dec. 31,” TPM reports.

Rudy Giuliani will not be taking part in the president’s defense in the Senate trial for his second impeachment, the New York Times reports.

“Mr. Trump met with Mr. Giuliani on Saturday night at the White House, and the next day the president began telling people that Mr. Giuliani was not going to be part of the team. It is unclear who will be a defense lawyer for Mr. Trump, given that many attorneys have privately said they won’t represent him.”

Said Shirkey in an interview on Sept. 10: “I was in Lansing and members — the leaders, the so-called leaders — of three of the groups met in my office and we talked about their messaging, their purpose, what they are trying to accomplish and how they could improve their message.”

He added: “It was very fascinating and they’re not uniquely different than you and I. They bleed red, white and blue, but they feel like they are not being heard.”

“Members of President Trump’s failed presidential campaign played key roles in orchestrating the Washington rally that spawned a deadly assault on the U.S. Capitol, according to an Associated Press review of records, undercutting claims the event was the brainchild of the president’s grassroots supporters.”

“An attachment to the National Park Service public gathering permit granted to the group lists more than half a dozen people in staff positions for the event who just weeks earlier had been paid thousands of dollars by Trump’s 2020 reelection campaign. Other staff scheduled to be ‘on site’ during the demonstration have close ties to the White House.”

“In the two weeks since a raging mob stormed the Capitol, President Trump has shown no sign that he believes he shares responsibility for the worst incursion on the halls of Congress in more than two centuries. Shielding him further, his loyalists have started shifting blame for the attack to an array of distracting bogeymen: far-left anti-fascists, Black Lives Matter activists, even vague conspiracies of a setup involving Vice President Mike Pence,” the New York Times reports.

“But one group of people has already come forward and directly implicated Mr. Trump in the riot at the Capitol: some of his own supporters who were arrested while taking part in it. In court papers and interviews, at least four pro-Trump rioters have said they joined the march that spiraled into violence in part because the president encouraged them to do so.”

President-elect Joe Biden has indicated plans to cancel the Keystone XL pipeline permit via executive action on his first day in office, sources confirmed to CBC News on Sunday.

McKay Coppins: “As Donald Trump lurches through the disastrous final days of his presidency, Republicans are just beginning to survey the wreckage of his reign. Their party has been gutted, their leader is reviled, and after four years of excusing every presidential affront to ‘conservative values,’ their credibility is shot. How will the GOP recover from the complicity and corruption of the Trump era? To many Republicans, the answer is simple: Pretend it never happened.”

“The plan might seem implausible, but I’ve heard it floated repeatedly in recent days by Republican strategists who are counting down the minutes of the Trump presidency. The hardcore MAGA crowd will stay loyal, of course, and those few who have consistently opposed Trump will escape with their reputations intact. But for the majority of GOP officials, apparatchiks, and commentators who sacrificed their dignity at the altar of Trump, a collective case of amnesia seems destined to set in the moment he leaves office.”

“In a new criminal court case against a woman alleged to have entered the US Capitol on January 6, the FBI noted that a tipster raised the possibility of a laptop being stolen from House Speaker Nancy Pelosi’s office to potentially sell to Russia,” CNN reports.

Associated Press: “Thus was born the tradition of departing presidents leaving a handwritten note in the Oval Office for their successors. The missives’ contents start off as confidential, but are often eventually made public by archivists, references in presidential memoirs or via social media after journalists and others filed requests to obtain them.”

“The 32-year tradition is in peril this year. President Donald Trump has refused to accept the results of November’s election and vowed not to attend Joe Biden’s inauguration on Wednesday. That makes it doubtful Trump will leave behind any handwritten, friendly advice for Biden.”