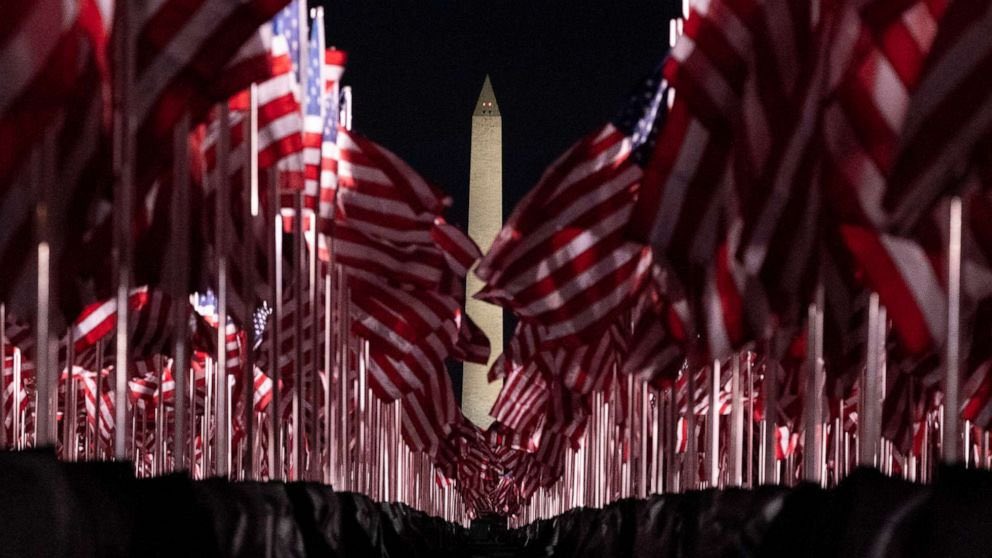 As President Trump prepares to leave the White House, 47 percent of Americans say he will be remembered as one of the worst presidents in American history, according to the latest PBS NewsHour/NPR/Marist poll.

Gallup: “34% of Americans approve of the job he is doing as president, the worst evaluation of his presidency.”

“His 41% average approval rating throughout his presidency is four points lower than for any of his predecessors in Gallup’s polling era.”

Peter Nicholas: “The vice president’s swift journey from acolyte to outcast was head-spinning. This is someone who would pause after mentioning Donald Trump’s name during an address so that the audience had time to clap—and who would then stand silently at the lectern when it didn’t. Editing Pence’s speeches, aides would cut references to Trump when they didn’t believe there was any reason to mention him. Reviewing the changes, Pence would take his Sharpie and add Trump’s name back in, a former Trump-administration official told me.”

“But Pence will see no reward for his fealty, or for his actions on January 6, when he resisted pressure from Trump to toss out the election results. The springboard to the Oval Office that so many vice presidents have used is gone. Not only has Trump’s base turned on him, but Pence is complicit in the Trump administration’s most egregious actions.”

“The Michigan Republican Party wants to replace the GOP member of the Board of State Canvassers who cast the pivotal vote to certify election results in favor of Democratic President-elect Joe Biden,” the Detroit News reports.

“With party activists calling for certification to be blocked on Nov. 23, Aaron Van Langevelde, a policy adviser and deputy legal counsel for state House Republicans, joined the two Democrats on the four-member board to sign off on the results.”

“His term ends on Jan. 31. Instead of renominating him for a four-year term, the Michigan Republican Party has proposed three well-known activists to take his spot.”

Politico: “Thirty-two percent of Europeans say that after electing Donald Trump president in 2016, Americans can no longer be trusted, according to a new poll.”

“Germans were most distrustful of Americans, with 53 percent of respondents saying they either strongly agreed or agreed that a post-Trump America couldn’t be relied upon. Only Hungarians and Poles were significantly more likely to disagree with that statement than agree with it.”

Washington Post: “For 20 years Hawley’s political fortunes came together neatly: Stanford University, Yale Law School, clerkship for Chief Justice John G. Roberts Jr., a few years of litigation at a powerhouse D.C. firm, a few years as an admired professor at the University of Missouri School of Law, two years as attorney general of Missouri and two years so far in the U.S. Senate, pampered with chatter about presidential prospects.”

“As this avowed populist prepared to take a stand in the Senate, he raised his fist in solidarity with pro-Trump protesters who had massed by the Capitol. An hour later, the worst of populism stormed the building, assaulted police officers and parkoured around the seat of the republic in a mockery of the process. … It’s a different anger than people reserve for Trump, who seems oblivious to the damage caused by his ego spasms. With Hawley, the backlash from friend and foe is colored by disappointment.”

“Rudy Giuliani personally voted in the 2020 election using a voting method he publicly disparaged and bashed in his attempts to overthrow the presidential election results,” CNN reports.

“Giuliani, the former mayor of New York City, voted in Manhattan by an affidavit ballot, also known as a provisional ballot, after his name did not appear on the voter rolls when he showed up to vote.”

IOWA SENATOR / GOVERNOR–Rep. Cindy Axne, who is the state’s only Democratic member of Congress, said Friday that she wasn’t ruling out either a Senate or gubernatorial bid. Axne told the show Iowa Press, “Listen, we’ve got a couple of seats coming up in the next couple of years that are really important to the integrity of our country. And I’m not going to leave anything off the table, but I haven’t made a commitment on what I’ll be looking at at this time.”

Sen. Chuck Grassley and his fellow Republican, Gov. Kim Reynolds, will both be up for re-election next year, and neither of them have announced their plans yet. Reynolds’ campaign, however, announced Thursday that she had raised $1.6 million during 2020 and had $2.1 million available, so it would be a big surprise if she didn’t seek another term. Grassley, though, will be 89 on Election Day, and he reiterated Monday that he hadn’t decided if he’ll run for an eighth term.

PENNSYLVANIA SENATOR–Democratic state Sen. Sharif Street says he’s considering a bid for Pennsylvania’s open Senate seat but doesn’t plan to make a final decision until the end of the year. Street, who first won a seat in the state Senate in 2016, is the son of former Philadelphia mayor John Street.

CONNECTICUT GOVERNOR–Attorney Tim Herbst says he isn’t ruling out another run for governor next year, but he sounds unlikely to take the plunge. Herbst finished fourth in the 2018 GOP primary with 18% of the vote.

RHODE ISLAND GOVERNOR–Democratic Secretary of State Nellie Gorbea says she’s considering a bid for governor but will “wait until it’s closer to ’22” to decide. Gorbea is term-limited in her current post.